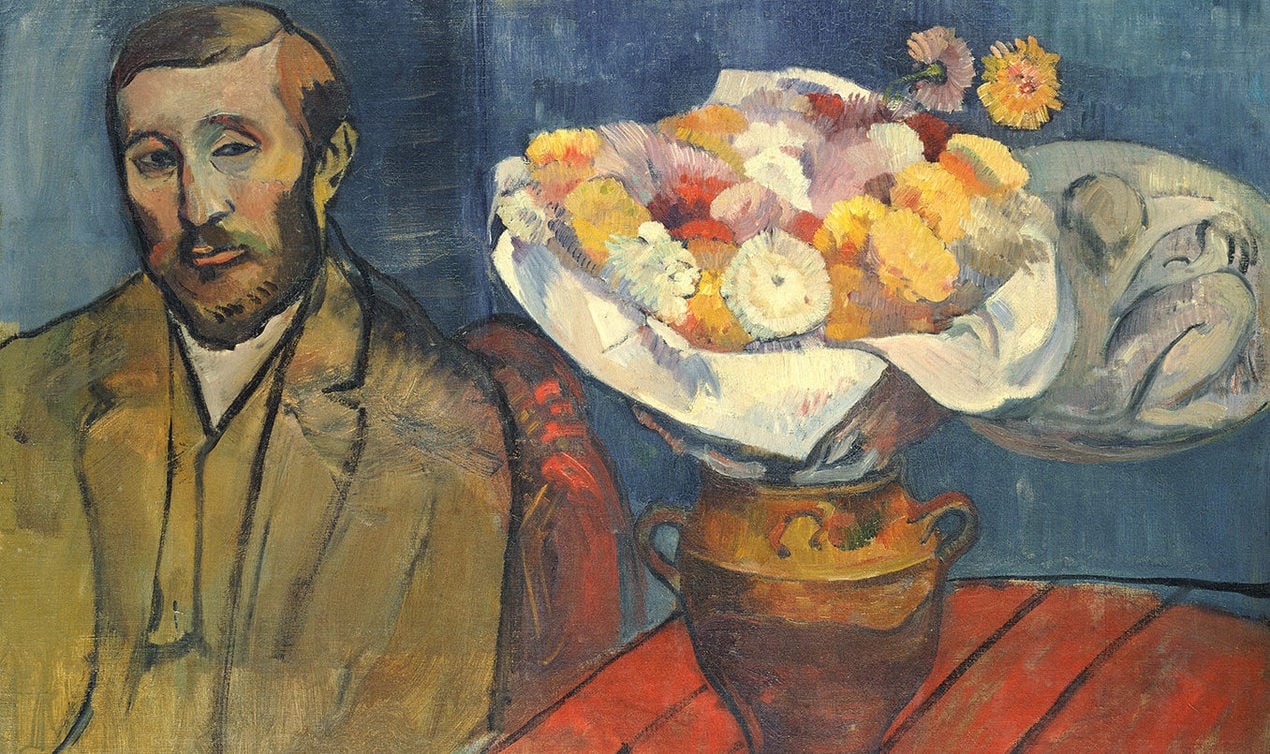 The best exhibitions to visit in London this autumn

The art not to miss across the capital

From the works of legendary fashion figures to previously unseen pieces from eminent names of the art world, these are the most-anticipated exhibitions to book in London over the coming months.

London’s cultural calendar is set for a spectacular season, with the likes of Rembrandt, Tim Walker, Lucian Freud and Zandra Rhodes being celebrated by the capital’s galleries. But its not only people under the retrospective microscope. Locations, too, are in line for artistic examination – from the streets of Soho to the creative hotbed of cabaret, club and cafe culture. Discover the exhibitions not to be missed this autumn, below.

A mix of existing and specially-conceived works, this solo show sees Antony Gormley employ scale, darkness and light using elemental, organic and industrial materials (such as iron, steel, hand-beaten lead, seawater and clay). Though Gormley’s sculptures are now recognised across the world, this exhibition feels almost intimate, featuring rarely-exhibited pieces from the late ‘70s and ‘80s and a selection of sketchbooks and drawings. There is also a whole-room installation, Host, 2019; an entire gallery filled with seawater and clay. The works are a summation of the sculptor’s fascination with the body as space, and the body in space.
Royal Academy, Burlington House, Piccadilly, Mayfair, W1, royalacademy.org.uk

A regular contributor to Vogue and W, Tim Walker is best known for his fashion photography. But as this retrospective shows, his influences are far more wide-ranging. The exhibition will offer a glimpse into his creative process, featuring photos, films and installations, as well as 10 new pictures inspired by V&A collections. Looking at the new photos, alongside the pieces that inspired them – which include 14th-century stained glass, Aubrey Beardsley’s pen and ink drawings, and dresses by contemporary designers like Alexander McQueen – it’s easy to see where many of the fantastical, fairytale elements in Walker’s work come from.
Victoria and Albert Museum, Cromwell Road, Knightsbridge, SW7, vam.ac.uk

Turner Prize-winner Mark Leckey has always been intrigued by the relationship between popular culture and technology. In this ambitious show, Mark Leckey: O’Magic Power of Bleakness, he has installed a life-size replica of the M53 motorway bridge on the Wirral peninsular, where the artist grew up. The bridge is a recurring motif in Leckey’s work and, in this show, it becomes the setting for a new audio play. The play, inspired by folklore, “fairy raids” and Leckey’s own nostalgic leanings, focuses on a group of teenagers, and will be shown alongside some never-seen-before video work and a few of his most seminal pieces.
Tate Britain, Millbank, Westminster, SW1, tate.org.uk

Zandra Rhodes: Fifty Years Fabulous is a vibrant celebration of the legendary pink-haired designer. Rhodes has dressed everyone from Princess Diana to Donna Summer, and is known for her magpie sensibilities, drawing inspiration from Indian fabrics, New York skylines and London punks. In keeping with her style, the Main Gallery’s walls are dripping in gold, with the space hosting 50 looks – one from each year of her career – while hand-designed textiles hang in the Mezzanine Gallery. Additional exhibits include original drawings, costume designs and pieces worn by some of her famous clients including Freddie Mercury and Kate Moss.
Fashion and Textile Museum, 83 Bermondsey Street, Bermondsey, SE1, ftmlondon.org

London’s leading contemporary art fair features work by thousands of artists, from 160 participating galleries. As well as offering a platform for new talent – and the chance for buyers to invest before they get too famous – this year’s fair will be running an offsite music programme, Frieze Music, and a lively series of panel discussions and keynote lectures, Frieze Talks. If your tastes are slightly more traditional, make sure to take in Frieze Masters, a fair that runs concurrently with Frieze London, and specialises in antiquities, Asian art, ethnographic art, illuminated manuscripts, post-war art and Old Masters.
Regents Park, Marylebone, NW1, frieze.com

This landmark exhibition gives an insight into the role of the world’s most iconic cabarets, cafés and clubs, many of which were hotbeds of creativity and radical thinking. From turn-of-the-century cabaret clubs in Vienna to vibrant Mbari nights in 1960s Nigeria, and taking in London, New York and Mexico City on the way, the show brings together over 200 rare works which highlight the spirit of collaboration and experimentation at these avant-garde haunts where artists, performers, musicians and writers could exchange ideas and create new forms of artistic expression. There are also full-scale immersive reconstructions of selected spaces, complete with live performances.
Barbican Art Gallery, Silk Street, Barbican, City of London, EC2, barbican.org.uk

It is 350 years since the death of Rembrandt and to mark the anniversary, this atmospheric exhibition focuses on the Dutch painter’s exceptional use of light. Thirty-five of his iconic paintings, etchings and drawings have been collated, highlighting the period from 1639 to 1658 when he lived in Breestraat, Amsterdam and created some of his most exceptional work. Highlights include Philemon and Baucis (the first time this piece has been shown in the UK), Christ and St Mary Magdalen at the Tomb and A Woman Bathing in a Stream.
Dulwich Picture Gallery, Gallery Road, Dulwich, SE21, dulwichpicturegallery.org.uk

This is the first-ever exhibition devoted to portraits by Paul Gauguin. Featuring around 50 works, the show spans Gauguin’s early life through to his later years in French Polynesia, underlining how the French Post-Impressionist painter revolutionised portraiture. In the west, portraits were mostly used to memorialise the subject’s wealth and status, but Gaugin had little interest in his sitter’s social standing, and instead used paintings to express his own ideas about art. The show brings together multiple works of the same sitter from collections around the world, allowing the viewer to understand how Gauguin interpreted a model in different media over time.
The National Gallery, Trafalgar Square, Charing Cross, WC2, nationalgallery.org.uk

Experimental, playful, innovative: Nam June Paik was something of a visionary. Born in Korea in 1932, the multi-disciplinary artist pioneered the use of TV and video in art, and coined the phrase “electronic superhighway” to predict the future of communication in the internet age. This major exhibition brings together more than 200 of his works, and spans the course of a five-decade career. It also highlights his collaborative artistic practice, most notably a close association with cellist Charlotte Moorman, as well as partnerships with other avant-garde creatives including composer John Cage, installation artist Joseph Beuys and dancer Merce Cunningham.Tate Modern, Bankside, Southwark, SE1, tate.org.uk

160 years after the first pictures were exhibited by the Pre-Raphaelite Brotherhood in 1849, this timely exhibition shines a light on Pre-Raphaelite women. Many of their faces will be familiar, as the 12 women, including Evelyn de Morgan, Effie Millais, Elizabeth Siddal and Joanna Wells (an artist whose work has been largely omitted from the canon), played significant roles in the movement, yet their involvement has always been downplayed. Now, for the first time, a major show will focus on their lives and work. The exhibition will include paintings, photographs, manuscripts and personal items, many of which are previously unseen.
National Portrait Gallery, St. Martin’s Place, Charing Cross, WC2, npg.org.uk

Somehow, Soho has managed to retain its edge, even as the square miles around it have grown richer and more commercialised. Despite being a hub for the fashion, art, music and sex industries, Soho has remained strangely unchanged at its core, retaining a villagey feel. But now, with the completion of the Cross Rail project, the area is poised on the brink of transformation, so this exhibition feels especially relevant. A collection of photos, film and ephemera by renowned photographers like William Klein, Anders Peterson and Corinne Day, it captures the district’s defiant spirit perfectly.
The Photographers’ Gallery, 16-18 Ramillies Street, Soho, W1, thephotographersgallery.org.uk

In the ‘60s, British artist Bridget Riley evolved a style of painting – “Op art” – which uses optical illusions. This major retrospective, her first in 16 years, puts particular emphasis on the origins of Riley’s perceptual paintings and traces pivotal moments in her acclaimed 70-year career. Expect to see her iconic monochrome canvases hanging alongside Continuum, the only three-dimensional work she ever did, a striking sculpture whose patterned curves have an Escher-esque aspect. The show will also feature more recent work, including new wall paintings that were specially commissioned by the Hayward Gallery, as well as studies and preparatory material.
Hayward Gallery, Southbank Centre, 337-338 Belvedere Road, Lambeth, SE1, southbankcentre.co.uk

Once asked if he made a good model for himself, Lucian Freud replied, “No, I don’t accept the information that I get when I look at myself, that’s where the trouble starts”. And this series of self-portraits – a collection of 50 paintings, drawings and prints, spanning 64years – offers not only a compelling study of ageing, but also the shifts in an artist’s self-perception. It’s interesting to see the changes in Freud’s style; from the spare, linear aspect of his earliest works, to the sumptuous look of his later portraits. Never one to flatter, he was especially unstinting when it came to himself: his final self-portrait, painted when he was 71, shows him naked, but for a pair of unlaced boots.
Royal Academy, Burlington House, Piccadilly, Mayfair, W1, royalacademy.org.uk

The legend of Tutankhamun, the ancient Egyptian king who ascended the throne when he was only nine years old, has captured imaginations ever since his resplendent tomb was uncovered in 1922 by archaeologists Howard Carter and Lord Carnarvon. Tutankhamun: Treasures of the Golden Pharaoh is part of a worldwide tour that will take in 10 cities (London is third, after Los Angeles and Paris) and will bring together 150 original artefacts from his tomb. The exhibition also features 60 pieces travelling out of Egypt for the first – and last – time before they are permanently installed in the Egyptian Grand Museum.
Saatchi Gallery, Duke of York’s HQ, King’s Road, Chelsea, SW3, tutankhamun-london.com