The 8 must-see new film releases to stream this spring

From independent foreign language flicks to the latest Netflix releases, these are the new movies to have on your radar 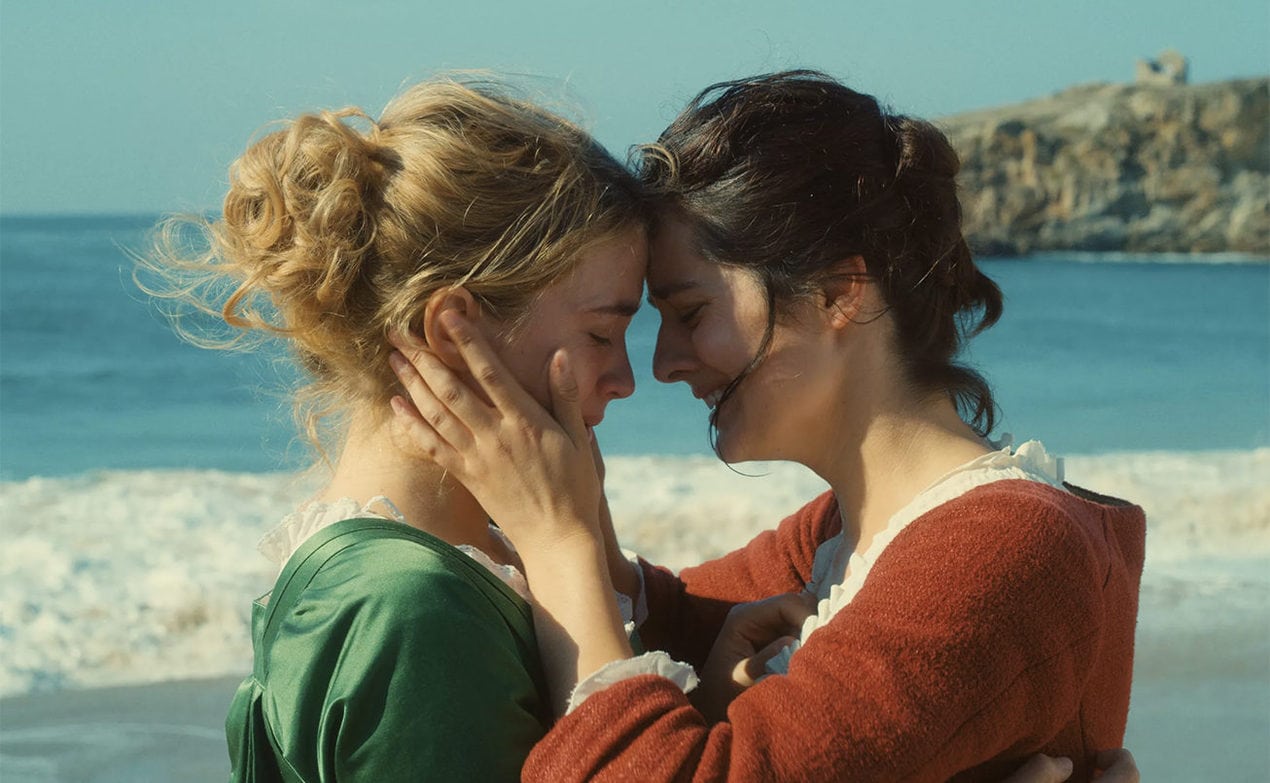 With so many big budget movies delayed until later in the year thanks to Covid-19, many production companies are turning to streaming channels in order to get their films out to audiences during lockdown. From indie arthouse features to multi award-winning movies, there are plenty of brilliant releases to stream this season. Here, we round up the best new films to watch this spring.

Portrait of a Lady on Fire

Set in the late 18th Century, this French drama recalls the story of painter Marianne, who travels to one of Brittany’s isolated islands to paint a portrait. The image will be of Héloïse, the daughter of a countess who is set to be married to a Milanese nobleman – provided he likes the painting. Yet Héloïse has no intention of being married, hiding her face from previous painters to hinder the engagement. So Marianne must paint her in secret, studying her subtly while they walk together. Céline Sciamma’s fourth feature film as writer-director focuses on the female gaze and the power of perspective, taking a historical romance and turning it into a searingly modern love story.
Available now on Curzon Home Cinema
curzonhomecinema.com

It’s not unusual for children to have imaginary friends. Except, of course, if like 10-year-old Johannes, your imaginary friend is Hitler. Johannes dreams of growing up to be a war hero for the Third Reich, but his aspirations are thwarted when he fails to strangle a bunny at Nazi youth training camp, earning the nickname ‘JoJo Rabbit’, and he discovers his mother is hiding a Jewish girl in the attic. With an all-star cast including Scarlett Johansson, Rebel Wilson, Alfie Allen and Sam Rockwell, this anti-hate satire combines black comedy with touching moments – no wonder it won both an Oscar and a BAFTA at this year’s awards.
Available now on Amazon Prime Video
amazon.co.uk

Who Do You Think I Am?

It’s usually quite obvious who the victim is when someone gets catfished – the process of luring someone into a relationship via a fake online persona – but what happens when the catfisher falls in love with their target? This French-language film sees Juliette Binoche explore this exact scenario as she portrays a 50-year-old woman who masquerades as a beautiful 24-year-old in her online social media profile. But things take a complicated turn when the man she falls for becomes besotted with her fake persona, leading to a strange blurring between fantasy and reality. The result is a beguiling tale of our times, where the virtual realm we inhabit isn’t exactly what it seems.
Available now on Curzon Home Cinema
curzonartificialeye.com

In a race against time, Schofield and Blake – two young British soldiers – are tasked with crossing into enemy territory to deliver a crucial message which will stop an attack on hundreds of soldiers. The twist? One of the soldiers they could save is Blake’s brother. Sam Mendes’ WWI epic is in part based on a story told to him by his grandfather – a poignant tale of nightmarish trench warfare, brilliantly filmed in a single travelling shot. With a cast of big names such as Andrew Scott, Richard Madden, Colin Firth and Benedict Cumberbatch, 1917 won three Oscars, seven BAFTAs and two Golden Globes, making it a must-see for 2020.
Available from 4 May on Amazon Prime Video
amazon.co.uk

Examining what it means to be an immigrant in the United States today, this film by Parks and Recreation writer Alan Yang tells the story of Pin-Jui, a divorced Taiwanese man living in New York. After being given the choice between following his heart and following his dreams, Pin-Jui chooses to escape the poverty of his upbringing, leaving both Taiwan and his childhood sweetheart to pursue a new life with his new wife in America. The result is a story of a life filled with cultural dislocation, sacrifice and regret that still rings true for so many American immigrants today.
Available now on Netflix
netflix.com

In 1970, the live TV broadcast of the Miss World competition was disrupted by the Women’s Liberation Movement, causing not only national controversy but also huge embarrassment for the BBC. Misbehaviour tells the story behind this incident and examines the bizarre world of a beauty pageant already under scrutiny. Starring Keira Knightley and Jessie Buckley as activists, Gugu Mbatha-Raw as Miss Grenada, and Rhys Ifans and Keeley Hawes as Eric and Julia Morley – the competition’s founders – this likeable film both looks at the demeaning absurdities of the Miss World pageant, as well as the fact that it was the platform which gave a woman of colour the chance to shine.
Available now on Amazon Prime Video
amazon.co.uk

All Day and a Night

Softly-spoken Jah ends up on the wrong side of the law after struggling to fulfil his real world responsibilities when his girlfriend falls pregnant in gangland California. Having to face the consequences of his actions, Jah finds himself in the same prison as his estranged father – a man who he vowed he never wanted to be like. Now Jah’s own newborn son is visiting him in prison. Is history destined to forever repeat itself? Or can he help his child break the cycle? This is the question posed by Black Panther writer Joe Robert Cole, who directs this powerful, poignant film.
Available from 1 May on Netflix
netflix.com

Star of Jean-Luc Goddard’s iconic Nouvelle Vague masterpiece Breathless, Jean Seberg had a life that in many ways could be interpreted as a tragi-drama. Alongside her international acting career, Seberg supported the Black Panthers in the 1960s and had a relationship with activist Hakim Jamal. This led to her being harassed with a campaign of intimidation from the FBI for years – an experience that contributed to her depression, which led the actress to eventually take her life in 1979. This biopic sees Kristen Stewart in the role of Jean, giving a committed performance that perfectly captures Seberg’s impulsive nature.
Available from 15 May on Amazon Prime
amazon.co.uk

Main picture: Noémie Merlant and Adèle Haenel in Portrait of a Lady on Fire