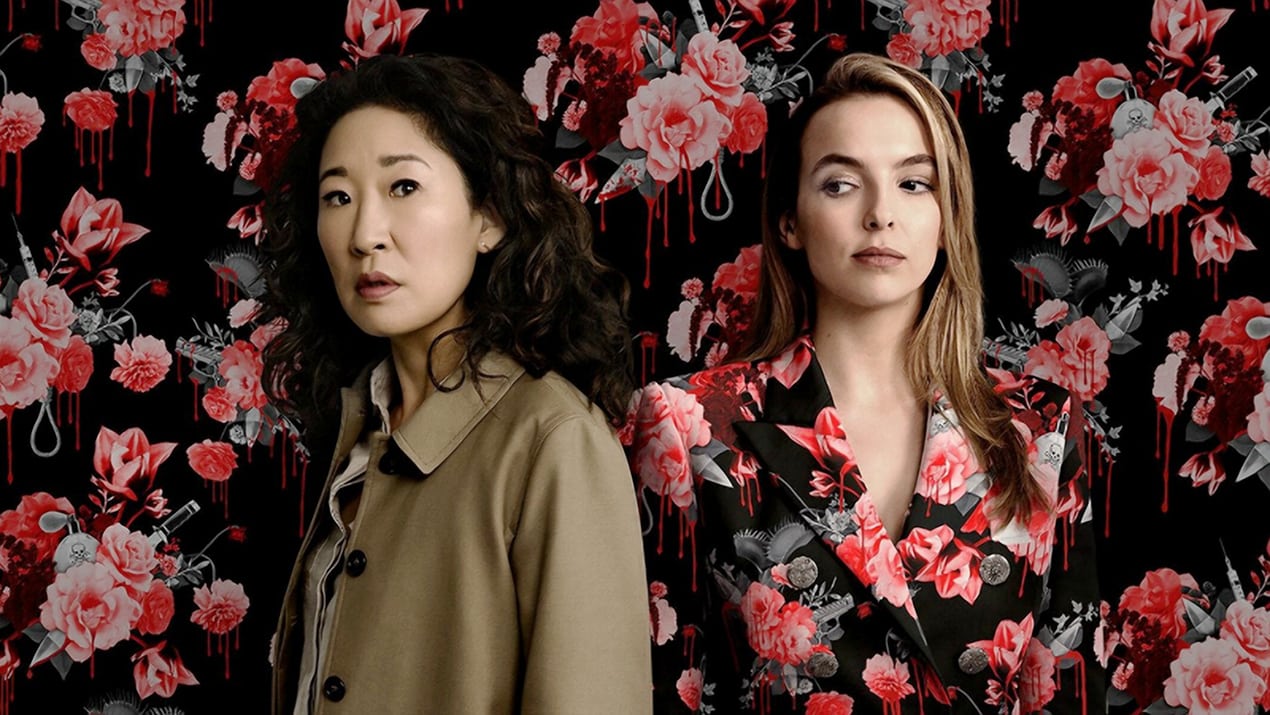 The 8 best new TV shows to watch this spring, including Killing Eve 3

There’s plenty coming up to keep you entertained during lockdown

This season sees a deluge of British talent gracing our screens, from season 3 of Killing Eve being released a week early, much to fans’ delight, to Phoebe Waller-Bridge’s latest comedy and the return of Ricky Gervais’s poignant sitcom, After Life. There are also several literary adaptations to get excited about, including the award-winning Normal People from Sally Rooney, as well as a big-budget release from Netflix reimagining the golden age of Hollywood. Together, these series make for some truly viral viewing – this is our pick of the best TV shows to watch this spring.

Tales from the Loop

As far as new TV shows go, this eight-part Scandi-noir take on sci-fi feels weirdly relevant during lockdown right now. Inspired by the retro-futurist digital paintings of Swedish artist Simon Stålenhag, it focuses on a community in a remote part of Ohio who live above ‘The Loop’, a giant particle accelerator built to unlock the mysteries of the universe. Run by Russ Willard (played by the brilliant Jonathan Pryce), this machine can cause unusual things to happen, from time travel to parallel universes appearing. Perfectly juxtaposing mundane, small town life with sci-fi storylines, each episode focuses on a different resident of the community. Expect a slow, eerie narrative played out against a beautifully shot backdrop of gorgeous, chilly tones.
Out now, Amazon Prime
primevideo.com

After the cliff-hanger of season 2, where Villanelle leaves Eve for dead, we’re delighted that the BBC have brought forward the release date of the ludicrously popular assassin drama, which has become one of the nation’s most-loved TV shows. Much to her dismay, Villanelle’s ‘break-up’ doesn’t seem to be as permanent as she’d like when she receives the news that Eve (played by Golden Globe winner Sandra Oh) is still alive. So how does a psychopath react when she doesn’t get her way? Or will both women be able to move on without the other? This is the question season 3 poses – expect more cat-and-mouse antics as well as plenty of sartorial delights from Jodie Comer’s Villanelle.
Out 13 April, BBC
bbc.co.uk

Described as ‘Oceans 11-in-Wiltshire’, ITV’s new three-part drama focuses on the scandal surrounding how a couple cheated their way to win Who Wants To Be A Millionaire? – the most popular game show of all time that was once watched by a third of the nation. Back in 2001, British army Major Charles Ingram walked away with a million pounds after receiving correct answers via well-timed coughs from the audience, a plot which resulted in an infamous court case. Look out for a stellar cast featuring Matthew Macfadyen as Ingram, Fleabag’s Sian Clifford as his wife, Peaky Blinders star Helen McCrory as the prosecuting QC and a fake-tanned Michael Sheen as Chris Tarrant in this brilliant observational comedy.
Out 13 April, ITV
itv.com

Phoebe Waller-Bridge’s new romance/comedy/thriller follows the story of two childhood sweethearts enacting a teenage pact made 17 years ago – if one of them texts the other saying ‘RUN’, they both drop everything, hot foot it to Grand Central Station and travel across America together. As the pair reconnect, their secrets are shared, revealing dark moments of cash-filled bags and shovel-dug holes in the night. Hot off the heels of her lauded performance in Netflix’s Marriage Story, two-time Emmy Award winner Merritt Wever stars with Star Wars alumnus Domhnall Gleeson in the lead roles, while Phoebe Waller-Bridge herself makes a cameo appearance.
Out 15 April, Sky Comedy
skymedia.co.uk

Ricky Gervais’s dark sitcom is back, packed with its unique brand of poignant humour and brutal honesty. In the first series, we met Gervais’s grieving protagonist Tony, who had spiralled into a deep, suicidal depression after the death of his beloved wife, Lisa. As a result, he had decided to live life doing and saying exactly what he felt like, at the expense of those around him – a hilarious yet harrowing move. Fans will remember the graveside conversation Tony has with Anne (Penelope Wilton) at the end of the first series, which gives a clue as to what to expect this season – Tony using his ‘superpower’ for good to punish those who deserve it. Brace yourself for laughter and tears in equal measure.
Out 24 April, Netflix
netflix.com

There’s been a lot of hype around the adaptation of Irish author Sally Rooney’s award-winning book, which was also long-listed for the Man Booker and the Women’s Prize for Fiction. For anyone who has read the novel, it’s easy to see why. Telling the story of two teenagers growing up in Ireland – one rich but friendless, the other poor but popular – it explores the intense, romantic relationship they experience as they leave school and both start their studies at Trinity College, Dublin, where their social standing suddenly becomes inverted. Rooney herself helped adapt her book into this 12-part TV show, so expect the hype to be justified.
Out 26 April, BBC 3
bbc.co.uk

Described as a ‘love letter to the golden age of Tinseltown’, Netflix’s big budget series created by super-producer Ryan Murphy offers a revisionist take on the 1940’s entertainment era, inspired by a series of ‘what ifs?’ For example, what if the leading lady was a woman of colour? What if the producers were women? And what if the matinee hero was openly gay? Like all of Murphy’s TV shows, you can expect high gloss and glamour. Following a group of aspiring actors and film makers as they attempt to make it in post-war Hollywood, the show offers a glimpse behind the gilded curtain at the power dynamics of racism, sexism and homophobia that still pervade the industry to this day.
Out 1 May, Netflix
netflix.com

Eleanor Catton won the 2013 Booker Prize for her 832-page epic set during New Zealand’s 19th Century gold rush, so there’s plenty of fodder for the BBC’s six-part adaptation. A tale of love, murder and revenge set amongst the bordellos of the Wild West Coast of the South Island, the story follows Anna Wetherell, a prostitute who has travelled from London to start a new life. In New Zealand, she falls in love with Emery Staines, a rich, young man who mysteriously disappears, leaving nothing but a letter stating to pay Anna £2,000. The result is a Dickensian who-dunnit style story with immeasurable twists and turns.
Out May (exact date TBC), BBC 2
bbc.co.uk