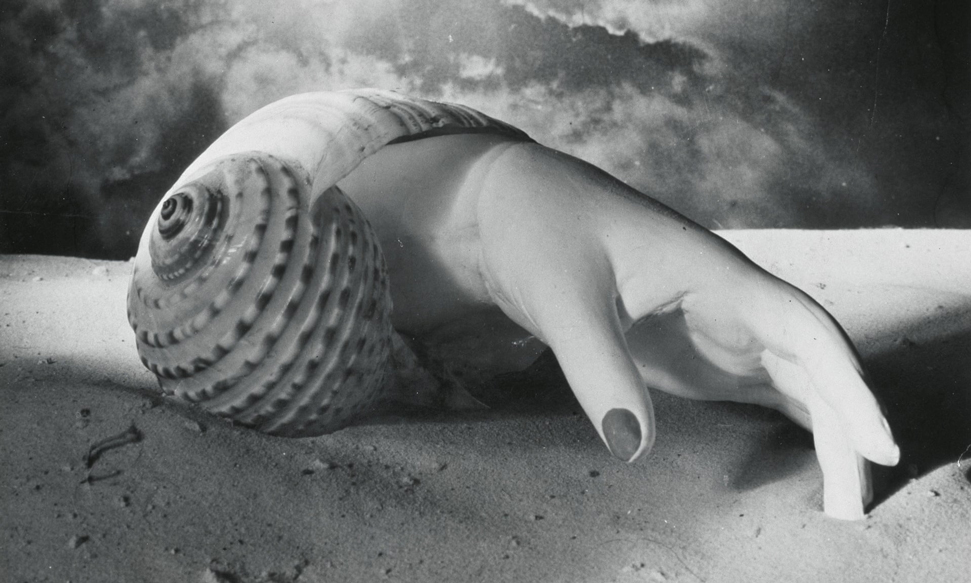 Discover the dazzling work of the innovative surrealist artist

The largest retrospective of Dora Maar – the photographer, painter and poet famous for being Picasso’s muse – is a must-see new exhibition at Tate Modern – on until 15th March 2020.

Dora Maar is widely, yet regrettably, best remembered for having loved and lost Picasso. She has largely been defined by Picasso’s painterly impressions of her, particularly as the ‘Weeping Woman’. ‘I could never see her, never imagine her, except crying,’ Picasso once remarked.

A new retrospective at Tate Modern, however, proves that Dora Maar was far more than her immortalised tears. Featuring over 200 works from a career spanning six decades, the first UK retrospective of Maar’s work introduces us to a restless innovator, who experimented with medium, technique and style, as much as she did with politics, lovers and identities. Quite simply, it’s ravishing to discover her.

Born Henriette Théordora Markovitch in 1907 to an architect father and fashion boutique-owning mother, Dora Maar spent her childhood between Argentina and France. She studied art in Paris before pursuing a career in photography.

She showed a precocious talent in the medium from the outset, excelling in the predominantly male-dominated industry. In around 1931, she set up a studio with the film-set designer Pierre Kéfer, changing her name, shortly afterwards, to the snappier Dora Maar. They mingled with the likes of Brassaï and Man Ray, and specialised in commercial assignments, portraits, nudes, fashion and advertising. By 1935, she had established her own studio in Paris.

One such example is The years lie in wait for you, c.1935, an uncanny photomontage believed to have been created as part of an advertising campaign for an anti-ageing cream. It was created by overlaying two negatives – the first is of Maar’s close friend Nusch Eluard, the second is of a spider’s web – and printing them as one.

As well as identifying with the artistic ideas and interests of the surrealists, Maar embraced their leftist politics. She became actively involved in revolutionary groups and movements – a radical initiative for a woman at that time. ‘I was very much on the left at 25… not like now,’ she later said.

In the most diverse room of this unflinching retrospective, surrealist images with unusual crops and disorientating vantage points loom large. A startling portrait of Ubu, an armadillo foetus in three-quarter profile, nestles alongside Maar’s uncanny image of a hand emerging from a conch shell. Elsewhere, there are portraits of her inner surrealist circle and Man Ray’s celebrated 1936 portrait of Dora in his studio.

It was this portrait of Maar that first piqued Picasso’s interest in the hot-blooded brunette. When Picasso saw it in Man Ray’s studio, he begged him to exchange it for one of his own etchings. The show shifts gear again. Enter Picasso and an alternative Dora.

When they met in the winter of 1935-36 in Paris’s fashionable Les Deux Magots, Maar was at the height of her career. She had fame, beauty, and panache. Picasso, on the other hand, was emerging from what he later described as ‘the worst time of my life’.

What unfolded over the next decade or so is excruciating to witness. As Picasso’s star rose, Maar’s all too near extinguished. Although Tate pitches their relationship as a period of collaborative creative exchange – she documented the progression of Picasso’s monumental 1937 Guernica, his response to the aerial bombing of the Basque town of the same name, and he experimented with new photographic and printmaking techniques inspired by Maar’s practice – it seems little believable.

Maar abandoned photography for painting, apparently on Picasso’s account, and slid into a deep depression. The lacklustre portraits, with flattened features and bold outlines, illustrate the extent of Picasso’s overbearing influence. What strikes a chord here, though, is a double portrait (thankfully stylistically Picasso-free) called The Conversation from 1937, a nod to the toxic love triangle in which she then found herself entangled. Exhibited for the first time in the UK, it depicts Picasso’s two anguished lovers side by side: we see Dora from the back and Marie Thérèse Walter, Picasso’s lover whom he’d met nearly a decade earlier, from the front.

While Maar plunged into turmoil, Picasso thrived, casting his suffering muse in the role of his ‘Weeping Woman’ more than 30 times. Fractured and distorted, Tate’s version from 1937 paints a brutal portrait of female fragility.

After the breakdown of their relationship, Maar divided her time between Paris and Ménerbes, in the south of France. There she made gestural landscapes, and later abstract compositions of the natural elements in ink, oil and watercolour. Isolated and traumatised, she retreated from public life, turning to Catholicism for comfort. There’s little mention of this here though, an uncomfortable and peculiar omission.

It was not until the 1980s that Maar actively returned to photography. She made photograms by laying household objects or personal items, including her rosary beads, onto photo-sensitive paper; and abstractions by scratching into her negatives. On display in the final room of the exhibition, these camera-less experimentations are far quieter than her provocative early stills, yet nonetheless intriguing.

While life in Picasso’s shadow has been cruel to Dora Maar, who died in 1997 aged 89, this exhibition shows her talent, particularly in the 1930s, to far surpass her desolate story. Finally, her star rises again. Let this be a bold new beginning for the dazzling Dora Maar.