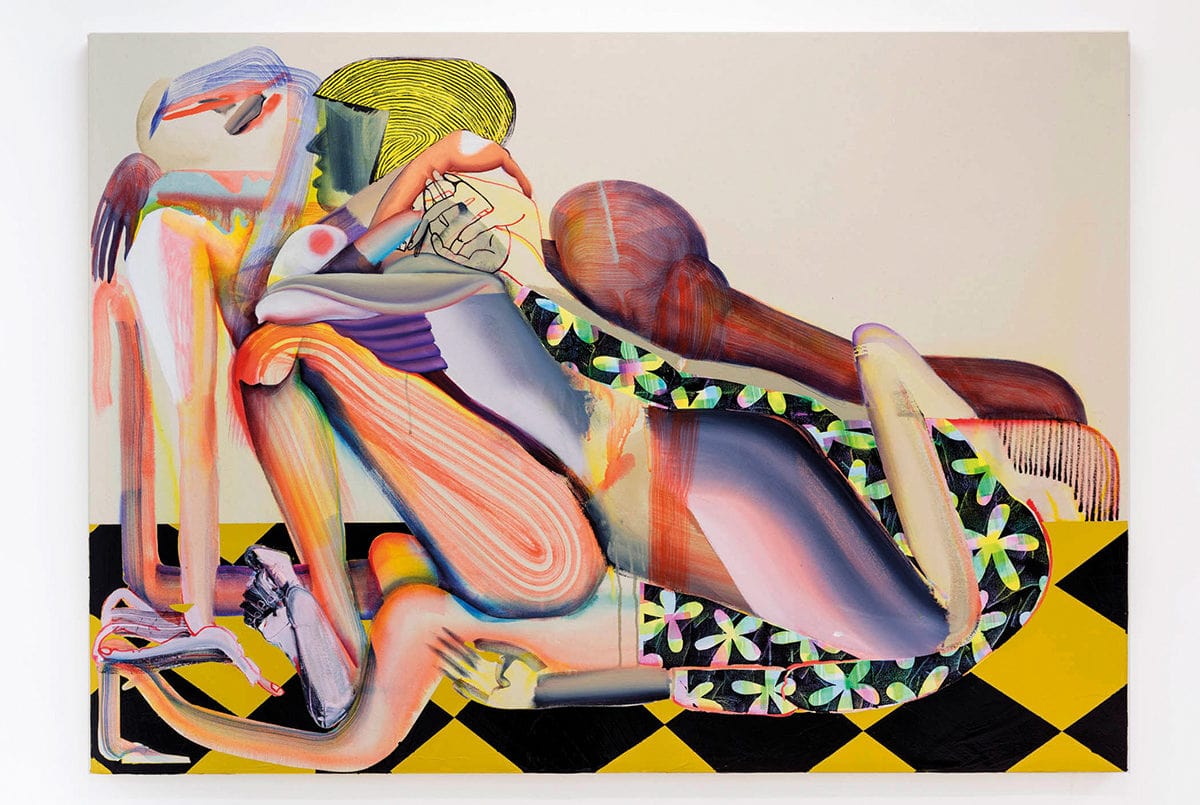 An ode to gender visibility

For one week a year, at the beginning of October, Regent’s Park becomes the epicentre of the international art world. This is Frieze, and collectors, patrons, artists, curators, critics, gallerists and avid art fans can all be seen navigating a veritable warren of booths, live performances, thematic sections, film screenings and talks, all housed under one enormous tented roof.

Now in its 16th year, Frieze London is the original fair that has since grown into a brand incorporating a historical counterpart (Frieze Masters) as well as editions in New York (since 2012) and soon Los Angeles. Its foundation lies in the eponymous publication established a decade earlier, and it is precisely this grounding that makes the fair unique, according to Artistic Director Jo Stella-Sawicka: ‘We started out with a magazine 25 years ago and we are still the largest arts and culture publisher in Europe. We have an editorial approach, creating a narrative with themes and concepts, and I think that is one of the reasons why we’re not considered to be a trade fair alone.’ Stella-Sawicka has been with Frieze for seven years, and in this time, she has spear-headed some of the most successful thematic projects presented inside the marquee and beyond.

Last year, for example, saw the presentation of Sex Work: Radical Art & Feminist Politics, a critically and publicly-acclaimed thematic section that introduced female artists such as Penny Slinger, Judith Bernstein and Birgit Jürgenssen, all of whom were marginalized in the sixties and seventies due to their use of explicit imagery. This year, Social Work celebrated women who operated beyond the strictures of the art market during the 1980s. ‘We wanted to create a more contemporaneous update to the subject, broadly around feminist artists,’ says Stella-Sawicka, who notes that the project aligns with the year-long celebrations around the centenary of female suffrage in the UK.

“Attempting to expand our reception of art history, through concentrating on its strong female voices, may they be heard or need to be heard”

‘Rather that working with an expert curator as we did last year, we brought together a panel, because we felt that the subject of women’s emancipation and visibility in terms of voting and legal power was complex in many different countries. As we’re an international fair, a local context isn’t that interesting to us—we want to think about it globally. So, we went to a group of curators, historians and writers who work in the UK. They’re different generations and nationalities, with different areas of interests.’

The panellists include Louisa Buck, Contemporary Art Correspondent at The Art Newspaper, Iwona Blazwick, Director of the Whitechapel Gallery, as well as Whitechapel Chief Curator Lydia Yee, who sees Social Work as a chance to engage with universal and intersecting themes that were prevalent in the 1980s and 90s and remain just as vital today: ‘[We are] addressing urgent social and political questions – from feminism, identity and language, to colonialism, education and labour.’ Blazwick adds that there were plenty of female artists “challenging the idea that genius resided solely in masculinity” and Social Work presents an opportunity to redefine the male-dominated narrative of the period.

Fellow panellist Fatos Üstek, who Director of DRAF (David Roberts Art Foundation), elaborates further, explaining that the project is ‘attempting to expand our reception of art history, through concentrating on its strong female voices, may they be heard or need to be heard.’ She shares Stella-Sawicka’s view that a curatorial panel made the most sense, given the context of the project: ‘It is through the multiplication of voices and positions we can achieve a better world. The future is collective, and is not rising on monocultural affiliations, nor dominant single-handed positions.’

As a result, Social Work presents well-established names such as Nancy Spero, Mary Kelly, Helen Chadwick and Sonia Boyce, alongside lesser-knowns like Berni Searle, who addressed issues of black identity and the body in post-apartheid South Africa, and Tina Keen, a pioneering British multimedia artist. ‘She never participated in the market, because in the eighties if you had a show in a museum or gallery the Arts Council paid for your production costs.’ Stella-Sawicka explains. ‘If you weren’t interested in making big paintings, the market wasn’t even a reality for you. It wasn’t necessarily a case of being marginalised, it was a question of interest.’

For many visitors, the chance to engage with a fully realised, critical presentation is one of the highlights of Frieze. ‘We are a fair, and galleries come to us with a commercial objective, but also it is very much about the critical and curatorial aspect too. This kind of section gives them the opportunity to do both.’
These thematic projects often prove instrumental in the work that the main galleries chose to exhibit too, with many big names electing to present female artists this year. For example, Marian Goodman Gallery showed influential photographer Nan Goldin, Pilar Corrias celebrated ten years with an all-women group show including Christina Quarles and Elizabeth Neel, and The Modern Institute offered a booth entirely dedicated to Cathy Wilkes, who will represent Britain at the Venice Biennale in 2019.

While most visitors will be familiar with the blue chip galleries that dominate the fair, some of the most exciting work could be found in the collateral programming known as Frieze Projects. They offer what Stella-Sawicka terms ‘digestable experiences’ that include film screenings (which explored ‘control’ in all its forms), transient performances, and unexpected site-specific installations, such as Laure Prouvost’s eavesdropping opera singer, who revealed hidden conversations in bursts of song, and Camille Henrot’s self-help hotlines. Other curated sections included Focus, which invited galleries under twelve years old to participate at a subsidised rate, thus placing an emphasis on a younger generation who are working with emerging talent. Highlights included a multicoloured immersive installation by Wong Ping—presented by Edouard Malingue Gallery—and Cooper Cole’s dual show of experimental photographers Vikky Alexander and Sara Cwynar.

As the years have passed, Frieze has continually re-evaluated its offerings and considered the best way to engage its audience. Two years ago, for example, Stella-Sawicka extended the presentation of Frieze Sculpture Park—where galleries present works in the open air. ‘I re-established it as a big, summertime public exhibition because we felt we had a great opportunity to have a larger impact in London, whereas doing it just in the autumn and winter isn’t really when everyone is in the park.’ Naturally, this brings art to an audience who would never conceive of crossing the threshold of an art fair, and it is this connection to the wider public that Stella-Sawicka believes is crucial. ‘We are not occupying private space in a convention centre. We are in public parks, and as a result we have much more meaningful conversations with our audience, with things like the sculpture park and our podcast programme available to non-ticket holders.’

Perhaps somewhat surprisingly, she also attests that ‘the idea of being “just a fair” is not really of interest. We are concerned with being a site where conversations between artists happen and where museums come to look and buy art. We’re interested in production and what it means to commission artists.’ This multifaceted approach defines Frieze’s success and is a world away from the early trailblazing years, back when Tate Modern was in its infancy and the endless cycle of international art fairs had yet to appear. It is no wonder then, that the oft-used moniker ‘Frieze Week’ has come to define the busiest seven days in the capital’s art world calendar and is utilised as a catch-all term for not only the events of the fair, but far beyond. Stella-Sawicka explains that Frieze has always been about ‘creating a critical moment in London’, and it would seem that this mission has been undeniably fulfilled.