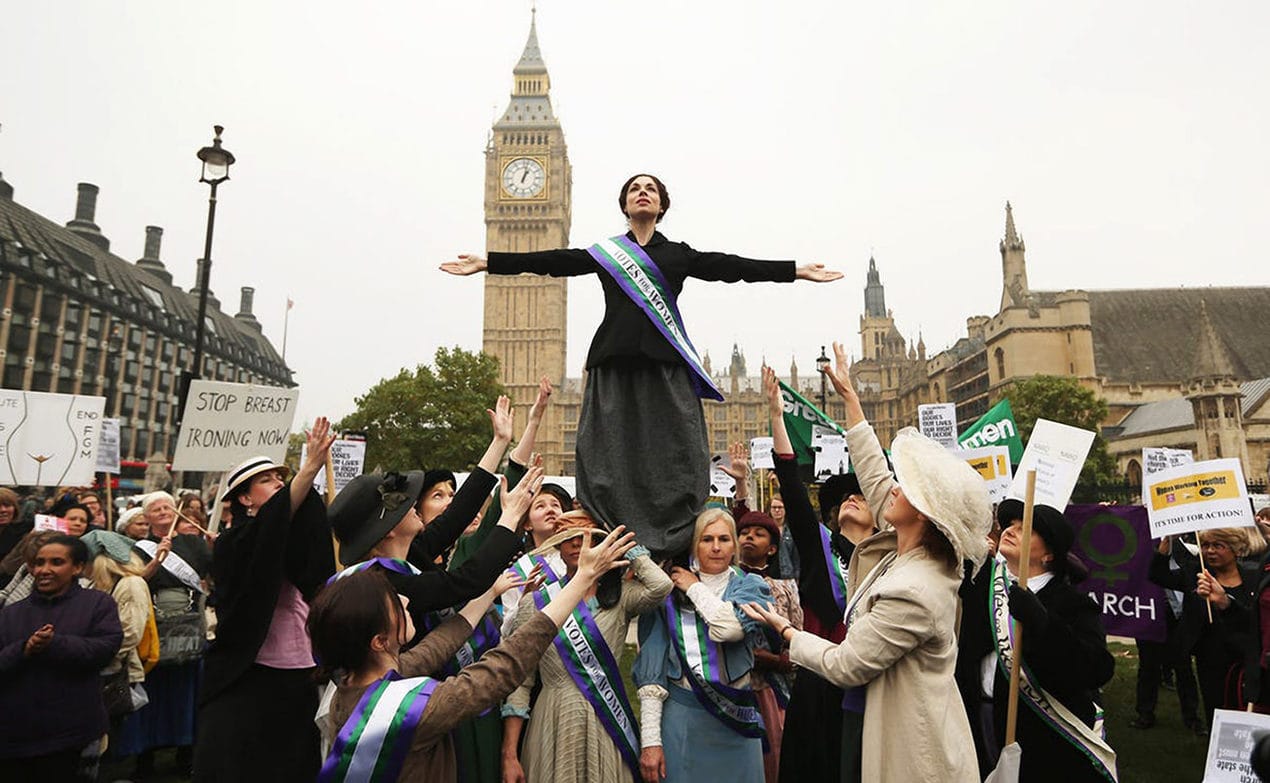 First celebrated over a century ago in 1911 and designed to honour and promote the economic, social, cultural and political achievements of women, International Women’s Day has become a focal point for the women’s rights movement across the world. The day is marked on Sunday 8 March, but celebrations last far longer, with events taking place either side of the day and into the coming weeks. This year’s theme is #EachForEqual, exploring and promoting the ways in which we can create a gender equal world via both our collective and individual actions.

So, from inspirational speakers to wonderful female wine makers and some stand-up comedy for good measure, this list rounds up the best events to celebrate International Women’s Day 2020 in the capital and stand up for the sisterhood.

As part of its International Women’s Day programme, the Royal Academy will be screening a film about patron of the arts Peggy Guggenheim. The film provides a portrait of the art collector who managed to transform good taste and a modest fortune into one of the most important art collections in the world.

Well known for being ahead of her time, Peggy was at the forefront of the art scene throughout the 20th century, socializing with names such as Jackson Pollock, Max Ernst, Marcel Duchamp and Samuel Beckett. Helping dissect her extraordinary life is art historian and broadcaster Jacky Klein, who will be delivering a talk after the screening.

Private Members Club AllBright was created exclusively for working women, with the idea of giving them a physical space for them to network and connect in both London and Los Angeles. As such, it’s the perfect place for women to come together and support each other over Friday night drinks on International Women’s Day this year.

As well as cocktails, excellent company and live sets from some of the UK’s most exciting new female DJ’s, you can also expect tarot card readings from Manuka Honey and healing with a Chakra-balancing crystal session. Designed to teach you how to channel the crystal’s energy, the experience will help you achieve harmony in body, mind and spirit. Open to both members and non-members, use the link below to RSVP.

Stand Up at the V&A 6 March

Get ready to enjoy some stand up comedy before you get ready to stand up for your rights on International Women’s Day. To mark the occasion, the Victoria and Albert Museum are hosting a special one-off evening of comedy provided by some of the funniest females you’ll find on stage today.

Comedian, performer and suffrage historian Dr Naomi Paxton will be compering the night, where the line up includes Harriet Braine, Sooz Kempner and Laura Smyth – the newly crowned Stage Winner at the 2020 Funny Women Awards. Expect a night full of jokes as funny as they are feminist…

Women of the World Festival 6-8 March

This year marks the tenth anniversary of the Southbank Centre’s WOW – Women of the World festival, exploring gender equality across the world and tackling key topics for women and girls today, so expect a bumper crop of inspirational events over three days.

Highlights for this year include Radio 4 Women’s Hour Live and a selection of MPs taking part in a fascinating panel discussion about ‘Women’s Parliament’, as well as events including star guests such as The Guilty Feminist podcast host Deborah Frances-White, presenter Sandi Toksvig, comedian Shazia Mirza and activist Scarlett Curtis. Whatever your interest, there’s a debate, discussion or event for you to get involved in to support female empowerment. 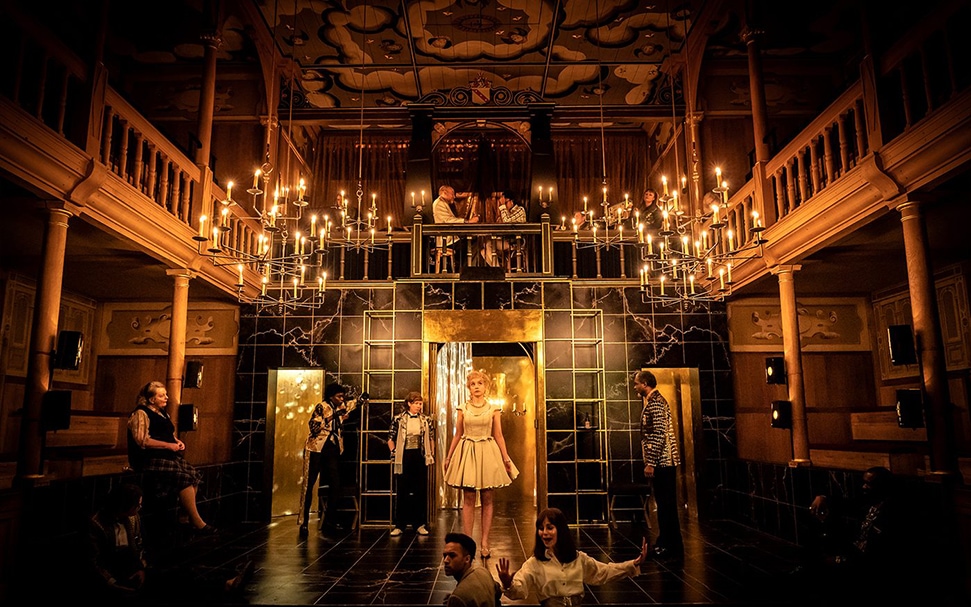 Performed at The Globe, Women Beware Women is a Jacobean tragedy by Thomas Middleton in the 1620s exploring gender power dynamics – a subject only too pertinent for the #MeToo era.

In this modernised version, the play is set amongst the backdrop of the excesses of the 1980s – the perfect playground for looking at predatory aspects of a patriarchy in which women are sold, swapped and continually subjected to the will of men. Still blisteringly relevant today, it poses the question: how do we navigate a society in which women are both knowingly and unknowingly commoditised, coerced and controlled? 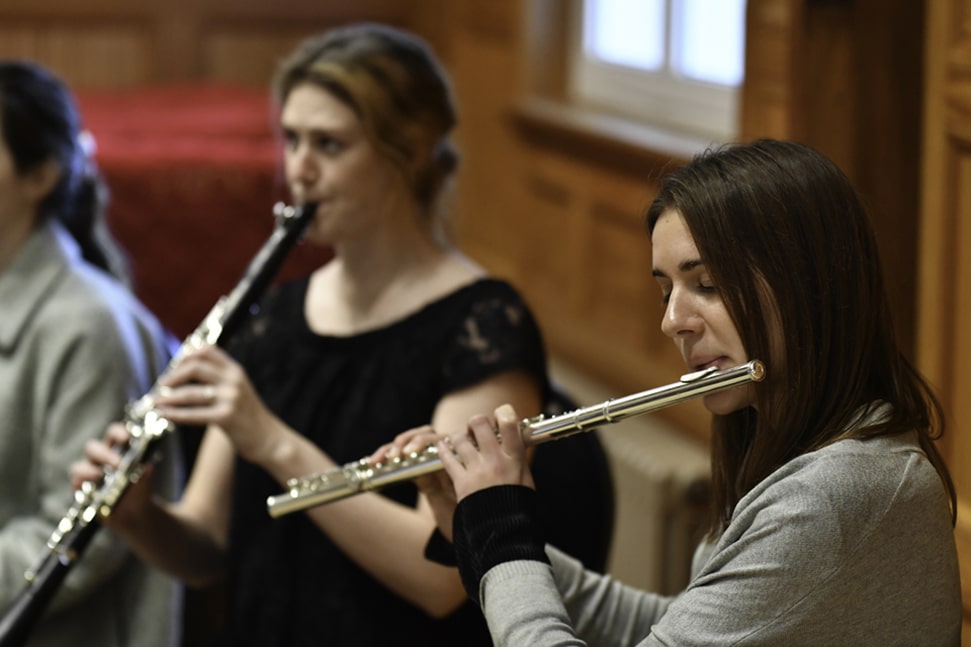 A refined way to celebrate the accomplishments of women. Spend the afternoon listening to a series of mini concerts hosted by the Royal College of Music, each of which showcases a different work by a female composer.

Starting at 12pm, the programme includes modern masterpieces, such as About Here by Errollyn Wallen – the first black woman to have a work performed at the Proms. But there are also classic works too, such as An Suleika by 19th century composer Fanny Mendelssohn-Hensel and L’Été (“Ah! Chantez, chantez!”) by Cécile Chaminade, the first ever female composer to be awarded the Légion d’Honneur. 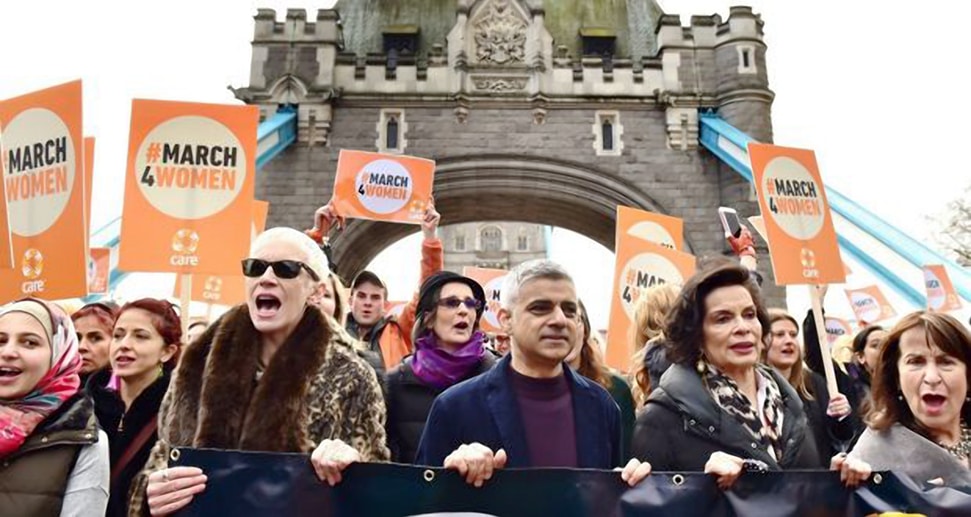 A global movement for female equality, #March4Women comprises two events in central London. The first is an indoor rally at Southbank Centre to coincide with Women of the World festival, where Emeli Sandé and RAYE will be performing. They will be joined by a star-studded line-up of musicians, actors, activists and climate experts, including a collection of women directly impacted by the climate emergency.

Running from 12pm -1.15pm, tickets are £5. Afterwards, a march of protest will follow through the streets of central London, ending with a grand finale in Parliament Square. Here you’ll join up with special guests including Natalie Dormer, Lily Cole, Sandi Toksvig, Bianca Jagger and Helen Pankhurst. 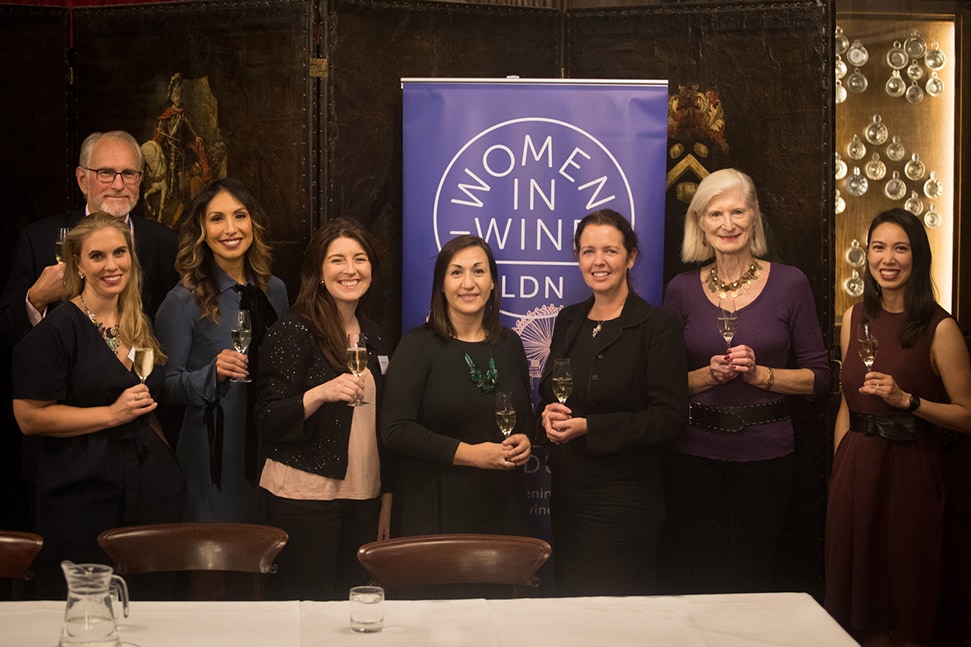 A Celebration of Women in Wine 11 March

While we all have heard of the good widow Cliquot and her valuable contributions to the world of Champagne – 19 million bottles of Veuve Cliquot were sold last year – women’s contributions to the world of wine are often overlooked. To try to rectify this, independent wine merchant The Vintner is hosting a special evening dedicated to what it means to be a woman in wine today.

Taking place at The Little Blue Door in Fulham, the night will include dinner, premium wines – all of which are produced by female makers – and themed talks from special guests. Tickets are priced at £55, with proceeds going to Partners in Health who help improving maternal healthcare in Sierra Leone. We’ll raise a glass to that. 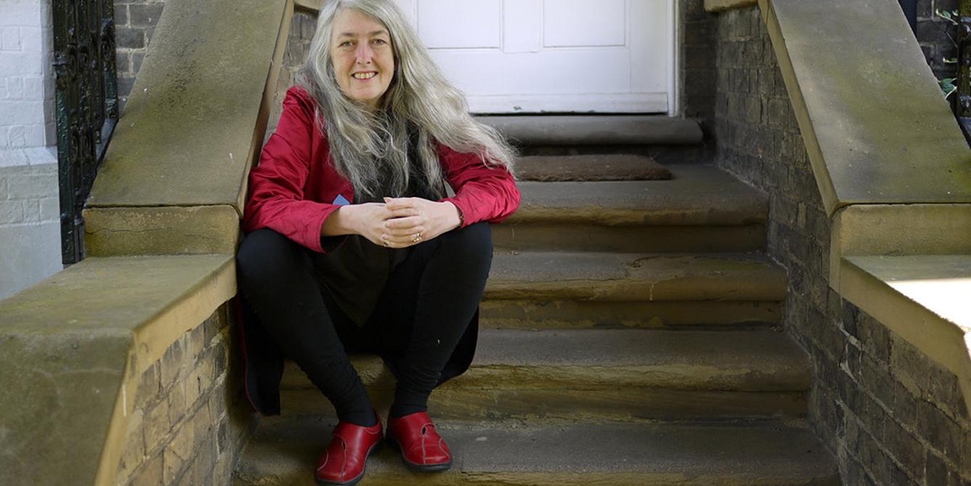 Women and Power Speaker Series: Feminism, then and now 12 March

Hosted by Canadian fashion designer Edeline Lee, the fourth installment of the Women and Power series will feature a conversation between Cambridge University classicist Professor Mary Beard and fashion doyenne Jo Ellison. Taking place at Fenwick’s Bond Street Kitchen, the theme for this discussion is Feminism: Then and Now.

Lee will present her new AW19 collection which is inspired by Mary Beard’s seminal text Women & Power in 2017, a manifesto exploring “the public voice of women and our cultural assumptions about women’s relationship with power”. Meanwhile, Jo Ellison, editor of The Financial Times’ How to Spend It magazine and the FT’s fashion editor, will be on hand to offer her insights into the arena of fashion, where women are often seen but rarely heard. 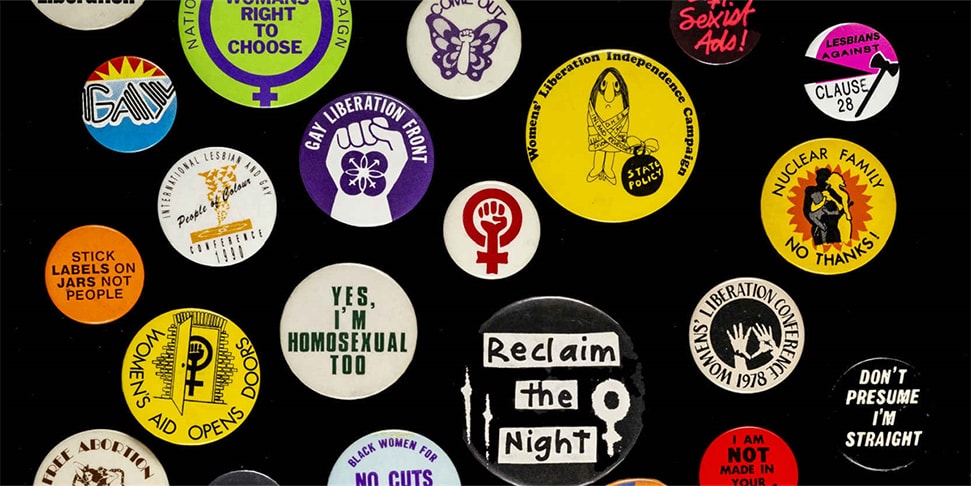 Social Revolution: women’s liberation and gay liberation in the 1970s and 1980s Until 3 April

LSE’s spring exhibition marks 50 years since the beginning of two seismic social movements in Britain, when the first meetings of the women’s liberation and the Gay Liberation Front were held. The movements mobilised thousands of people to question fundamental prejudices held by society and challenge the status quo – something which International Women’s Day also aims to achieve.

The exhibition will showcase materials used by activists to transform publishing, performance and visual imagery around gender, making it the perfect place to visit if you want to continue the spirit of International Women’s Day after the main event takes place.