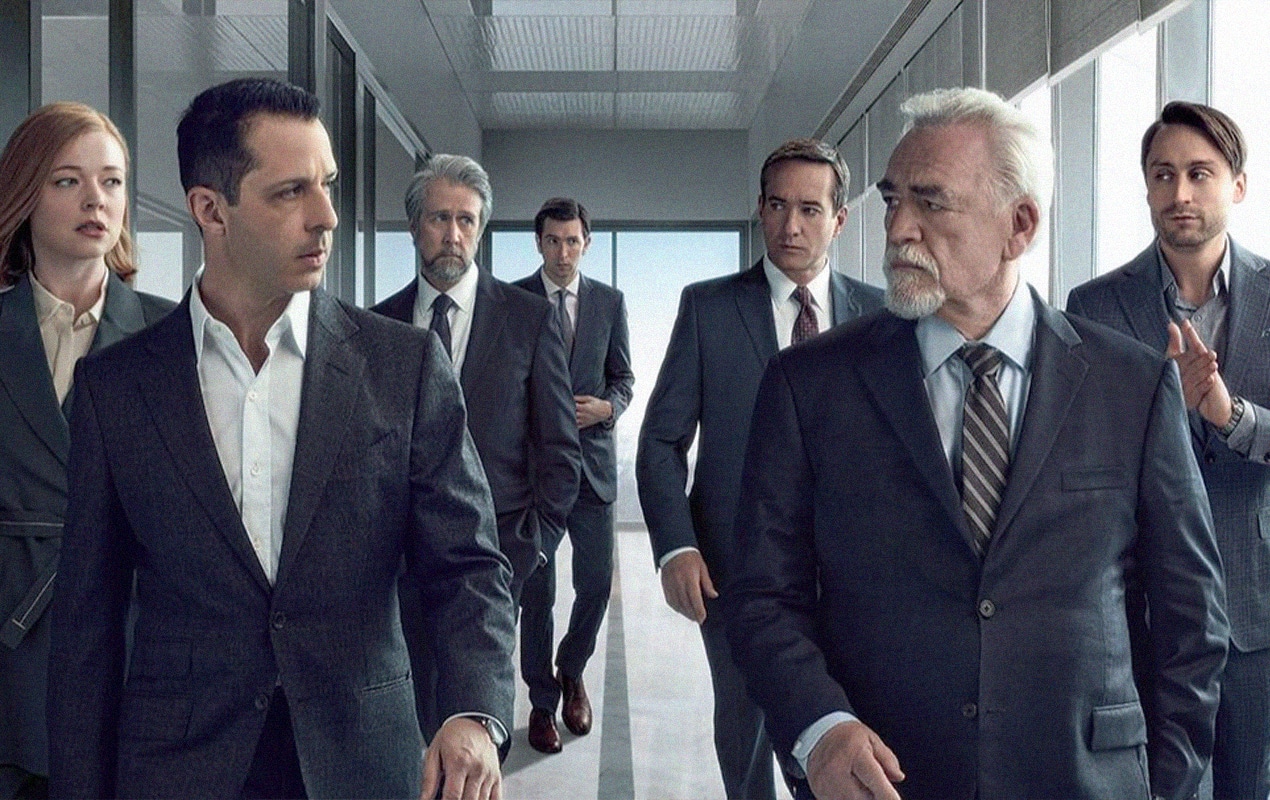 From long-awaited follow-up seasons to hotly anticipated new limited series, these are the new TV shows everyone will be talking about

Cold, rainy evenings call for curling up on the sofa with a great new boxset, and thankfully, there are plenty of new television series to choose from over the coming months. A number of beloved shows are returning for a new season, including Succession and Guilt, but there’s also an assortment of brand new limited series and tempting dramas. Many are putting a new lens on real life tales, from the infamous, such as the case of Monica Lewinksy and President Bill Clinton in American Crime Story: Impeachment, to the lesser known, such as the case of the 1998 murders of Nottingham residents William and Patricia Wycherley as dramatised in the Olivia Colman-led Landscapers. Whatever you’re after, these are the brilliant new TV shows to watch this autumn.

The Roy family is finally coming back to our screens, with as much plotting, betrayal and unnerving conversations as ever. The third season of the hit HBO series created by Jesse Armstrong sees television’s most unlikeable family reunite for another dose of brutal psychodrama. The action picks up right where we left off, when eldest son Kendall Roy (Jeremy Strong) made a shocking twist from his father’s beaten puppy and corporate fall guy to the ultimate Judas of the Roy clan, turning on the patriarch Logan (Brian Cox) in stunning, jaw-dropping fashion.

The game is on, and the stakes are even higher, as sibling loyalties are up for grabs — who will Roman (Kieran Culkin) and Shiv (Sarah Snook) side with? — and new faces, including a mysterious character played by none other than Adrien Brody, enter the fray. It promises to be the water-cooler show of the season. 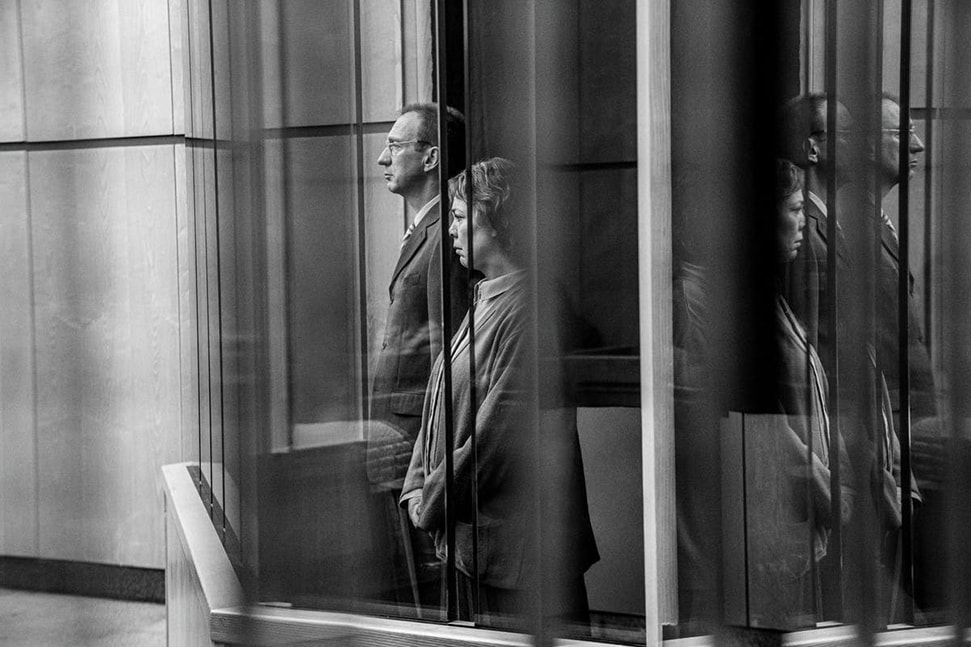 A true husband and wife affair, this unsettling true crime drama is written by Ed Sinclair and stars his wife, the great Olivia Colman. Colman and David Thewlis star as a seemingly harmless, mundane couple, but, as you might expect, they have a little secret — two dead bodies buried in their garden.

Directed by Will Sharpe, this genre-defying four part limited series digs into the true story of the 1998 murders of Nottingham residents William and Patricia Wycherley at the hands of their daughter Susan (Colman) and her husband. Sinclair used extensive research and hours of interviews with anyone who had ties to the case to build a terrifyingly realistic depiction of the story that’ll have you on the edge of your seat up until the final moments.

Scenes From a Marriage

Nearly forty years after the original screening of Swedish director Ingmar Bergman’s miniseries, the powerful and poignant tale gets a fresh take with Oscar Isaac and Jessica Chastain taking the lead roles. The longtime friends step into the shoes of Jonathan and Mira in this intimate look into a marriage, from its early days, to its gradual disintegration, and the pain and confusion that comes with a decision to divorce. This time, the gender roles are flipped, with Mira an ambitious tech executive left unfulfilled by her marriage, and Jonathan an accommodating philosophy professor desperate to keep their relationship intact.

The original 1973 miniseries was the subject of some controversy, with some believing that its painfully realistic depiction of the intimacies and tension points of a marriage had a connection to rising divorce rates in Europe. Given the incredible chemistry between the duo — as witnessed both in the trailer and on the Venice Film Festival red carpet — and the heart-wrenching dialogue that we’ve been given a small taste of, this series is likely to be as explosive, although hopefully without the same social impact.

For those looking for something a little spookier, The Haunting Of Hill House creator Mike Flanagan has you covered. Set on a small, isolated island, Midnight Mass follows the return of a disgraced young man (Zach Gilford) back to his hometown community, where claustrophobic conditions mean there are some long-standing divisions that are constantly bubbling just below the surface.

Those tensions are quickly brought to the forefront following the arrival of a charismatic priest (Hamish Linklater), who is able to pull many members of the community under his spell after performing a number of stunning miracles. But along with the miraculous come the terrifying, as the island and its inhabitants are terrified by frightening moments and inexplicable events. 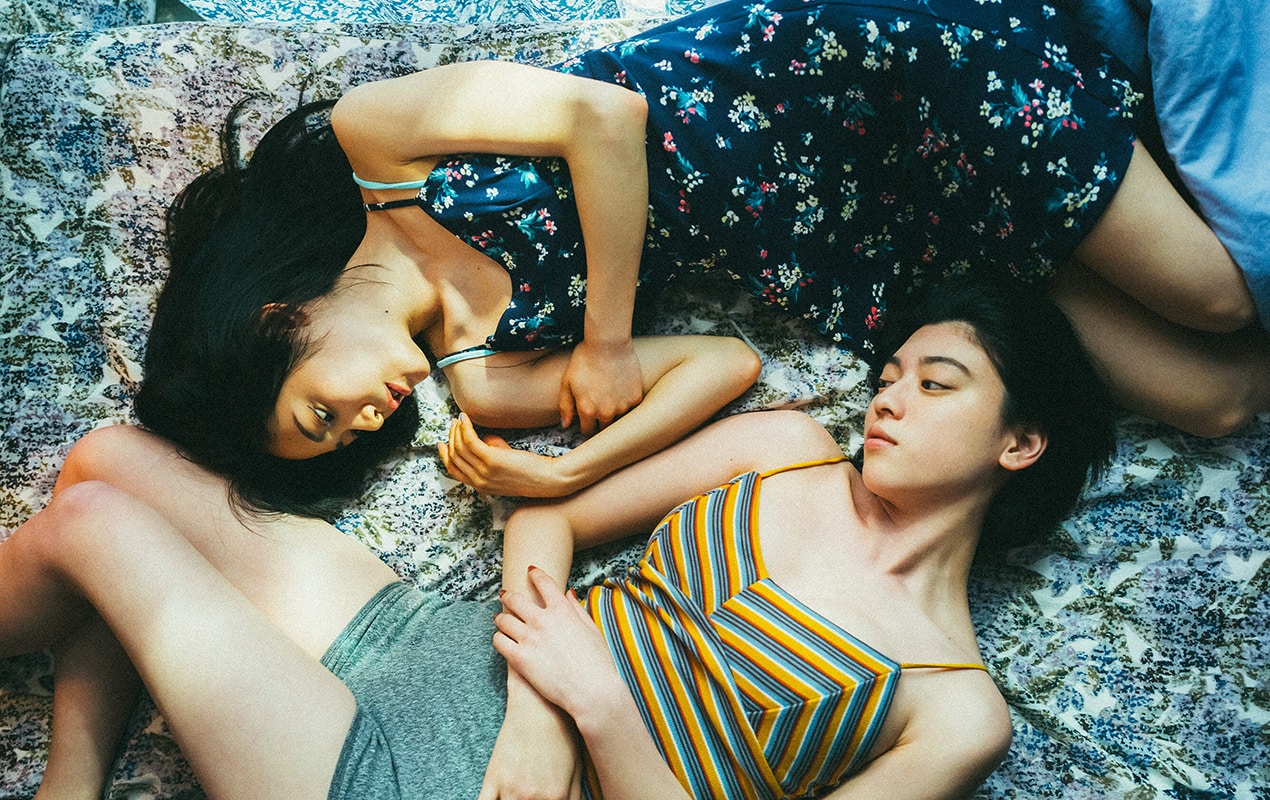 Another unmissable American drama transplant, this time focusing on the unsettling and upsetting origin of the country’s opioid epidemic. Based on journalist Beth Macy’s bestselling book, Dopesick traces how big pharma manipulated the medical world and American citizens, leading to one small Virginia community becoming ground zero for the opioid crisis, with ripple effects that would last decades.

Created by two-time Emmy winner Danny Strong, the miniseries stars Michael Keaton as a doctor in Virginia misled by pharmaceutical companies and consequently prescribing opioids to his patients, to disastrous effect. Keaton leads an all-star cast that includes Peter Sarsgaard, Kaitlyn Dever, Will Poulter, Michael Stuhlbarg and Rosario Dawson, and the show doesn’t shy away from digging into the dark underbelly of the story, taking viewers from shadowy boardrooms to the powerful corridors of the Drug Enforcement Agency, and following every tentacle of the story’s impact. 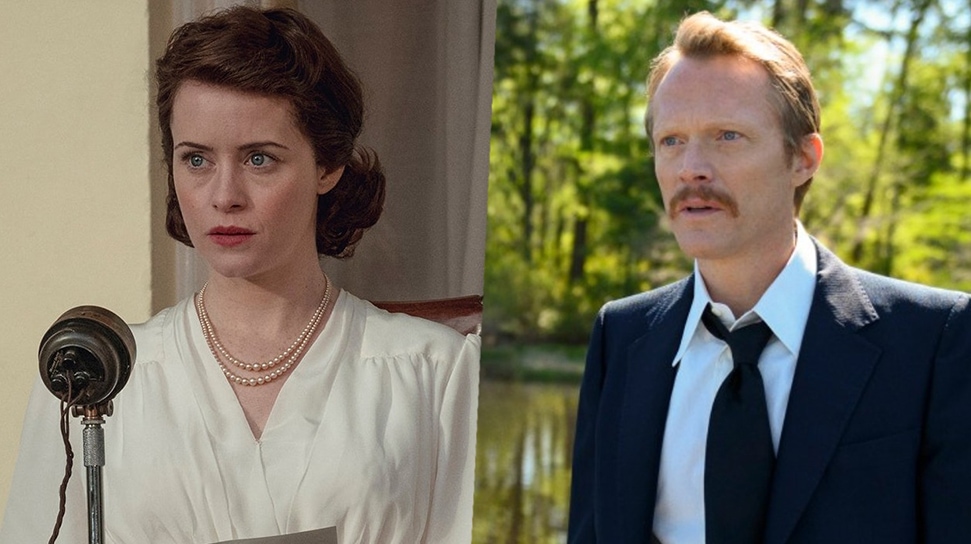 The Crown stars Claire Foy and Matt Smith reunite for this dramatic depiction of a real-life scandal. A follow-up to 2019’s highly successful A Very English Scandal — the Hugh Grant and Ben Whishaw-led dramatisation of the explosive affair between Liberal Democrat MP Jeremy Thorpe and Norman Scott — this new limited series is turning the lens on the Duchess of Argyll’s fall from grace.

Foy stars as the charismatic and glamorous Scottish Duchess of Argyll, who was caught up in a media frenzy when, during her messy divorce from her husband (Smith) in the 1960s, he leaked images of her with other men to the newspapers. Consequently the center of public vitriol and what, today, we would describe as slut-shaming, the Duchess was nicknamed ‘the dirty duchess’ and rejected by her high society circle. If the first season is anything to go by, this is not going to be one to miss.

Showrunner Ryan Murphy has earned a cult following for his American Crime Story shows ever since he reignited conversations on the OJ Simpson trial with his first season. Now, the show is once again taking on the challenge of re-examining an infamous case — the relationship between Monica Lewinksy and President Bill Clinton, and the impeachment trial that followed.

Ever since the dawn of the MeToo movement and an impressive TedTalk Lewinsky gave on her experience, the perspective on the case has been debated, as points around the power dynamic between the two and the persecution and shame campaign Lewinksy faced as a young woman are seen through a new lens. In Murphy’s show (on which Lewinksy is a co-producer) that new perspective in reflected by focusing the lens on the women — not only Lewinksy (Beanie Feldstein), but also Linda Trapp (Sarah Paulson), the popularised villain of the case who secretly recorded her friend Monica and turned the tapes over to the FBI. It’s guaranteed to have you questioning everything you thought you knew about the supposedly well-known story. 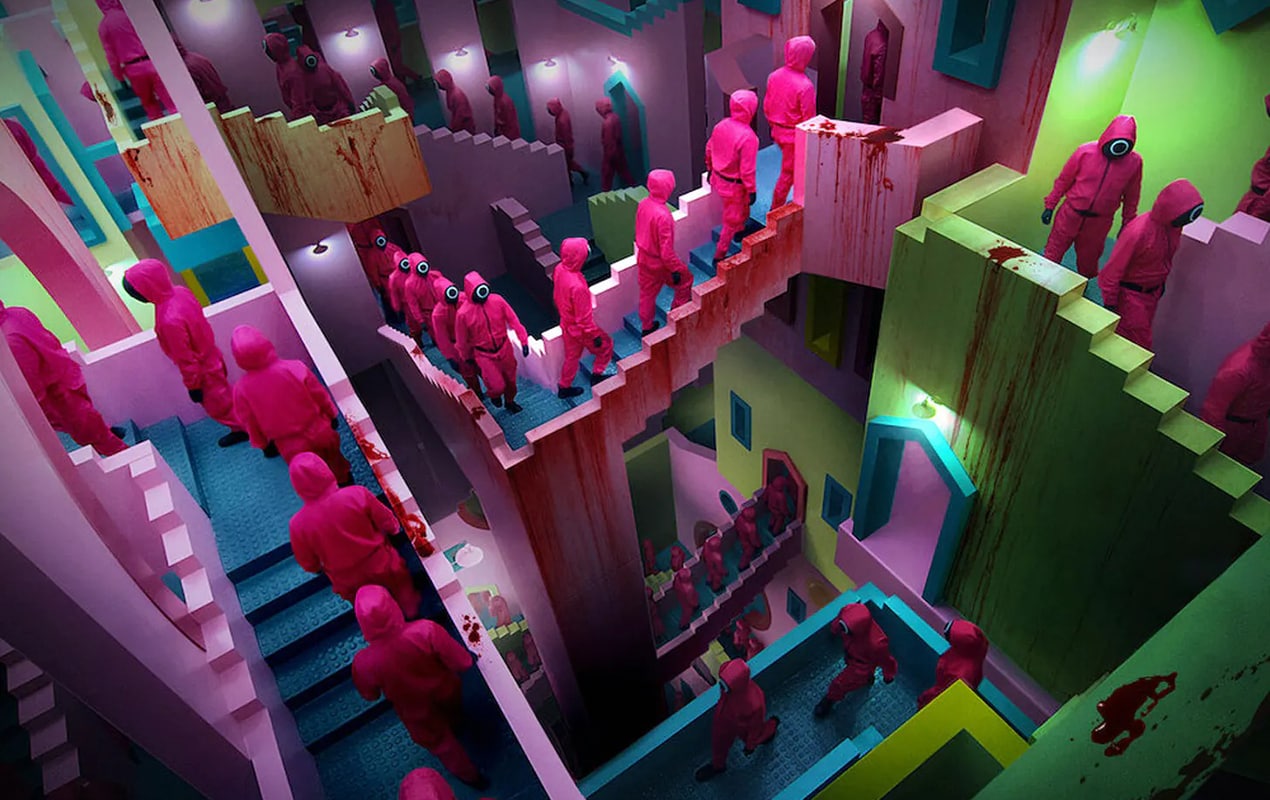 Trust the BBC to have your next period drama obsession sorted. The upcoming adaptation of Jo Bloom’s debut novel transports viewers to London’s eclectic 1960s scene, exploring the changing social and political landscape, most notably the frightening rise of anti-semitism and facism in the city, with a romantic story at its core.

Newcomer Agnes O’Casey stars as our heroine Vivien, a young Jewish hairdresser who moves from Manchester to London in search of a former flame, Jack Morris (Tom Varey). Once there, she ends up working with the 62 Group, a Jewish community anti-facist coalition that Varey worked for at the time that he went missing. Her search for love takes a turn as she finds herself drawn into the fight to protect her community and combat the terror of post-war antisemitism.

The Shrink Next Door

Fans of Anchorman, rejoice — Will Ferrell and Paul Rudd are reuniting, albeit for a very different kind of on-screen action. The eight-part black comedy, directed by The Big Sick’s Michael Showalter, is based on the hit 2019 podcast of the same night that is in turn based on a surreal  series of true events.

Writer Neil Forsyth’s BAFTA-winning Scottish noir is finally back for a second season, nearly two years after the first season won over audiences. This follow-up season picks up a few years after the first left off — brothers Max and Jake (Mark Bonnar and Jamie Silves, respectively), had been caught up in a world of crime after trying to cover up a hit and run that accidentally killed an elderly man. Now, Max has been released from prison, ready for a fresh start — alas, no such luck.

The quickfire four-parter wastes no time, kicking off in episode one with a double murder. Add to the mix a bag of money with a questionable origin and a gangster’s estranged daughter, and you know you’re in for an epic ride.

Not for the faint of heart, this new Channel 4 drama from writer Jack Thorne is a searing and terrifying look at the care home scandal during the coronavirus pandemic. Killing Eve’s Jodie Comer stars as a misfit Liverpool care worker who develops a bond with a patient, Tony (played by her mentor and friend, Stephen Graham), with early onset Alzheimer’s. Comer is still learning the ropes when she is forced to face the unimaginable — a disease that no one understands, and that is moving faster than the government’s response.

Part love letter to care workers, part condemnation of the government’s poor handling of supporting those on the frontlines, Help is a painful, but must-see work of social realism that puts a human face on the real-life horror show of the care home experience at the onset of the pandemic.

This dark, brooding four-part limited series sees Colin Farrell return to the small screen for the first time in 6 years. An adaptation of Ian McGuire’s novel of the same name, The North Water casts Farrell as Henry Drax, a harpooner and terrifying killer who is sent out on missions to harvest whales and is hiding horrifying secrets.

The drama kicks off with Drax committing a terrible murder before setting off on a whaling expedition to the Arctic. Also on board is Patrick Sumner (Jack O’Connell), a disgraced ex-army surgeon who signs up as the ship’s doctor in an effort to escape the horrors of his past. Unluckily for him, his search for redemption is superseded by the danger he faces on his journey with a murderous psychopath.

Another dramatisation of a hit podcast, Dr Death sees Joshua Jackson return to the small screen as the terrifying real-life Texas surgeon, Dr Christopher Duntsch. In 2017, Dr Duntsch was convicted of gross malpractice, after thirty-one of his patients were left seriously injured and two patients died during his operations.

This unsettling tale traces the crimes of the sinister, psychotic doctor, and the attempt by fellow doctors, Dr Henderson (Alec Baldwin) and Dr Kirby (Christian Slater), to bring his criminality to light. Jackson is brilliant as the charismatic, bone-chilling doctor, brimming with narcissism and metaphorically licking his chops as he maims his patients and charms his way out of the consequences.