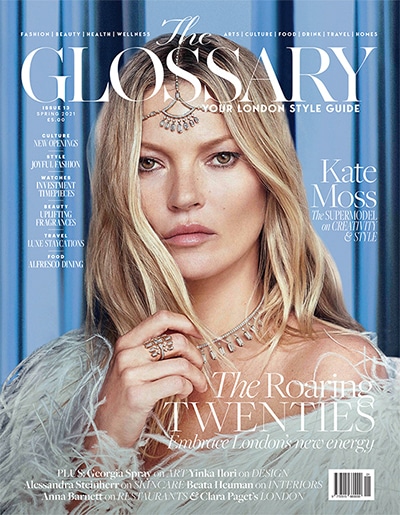 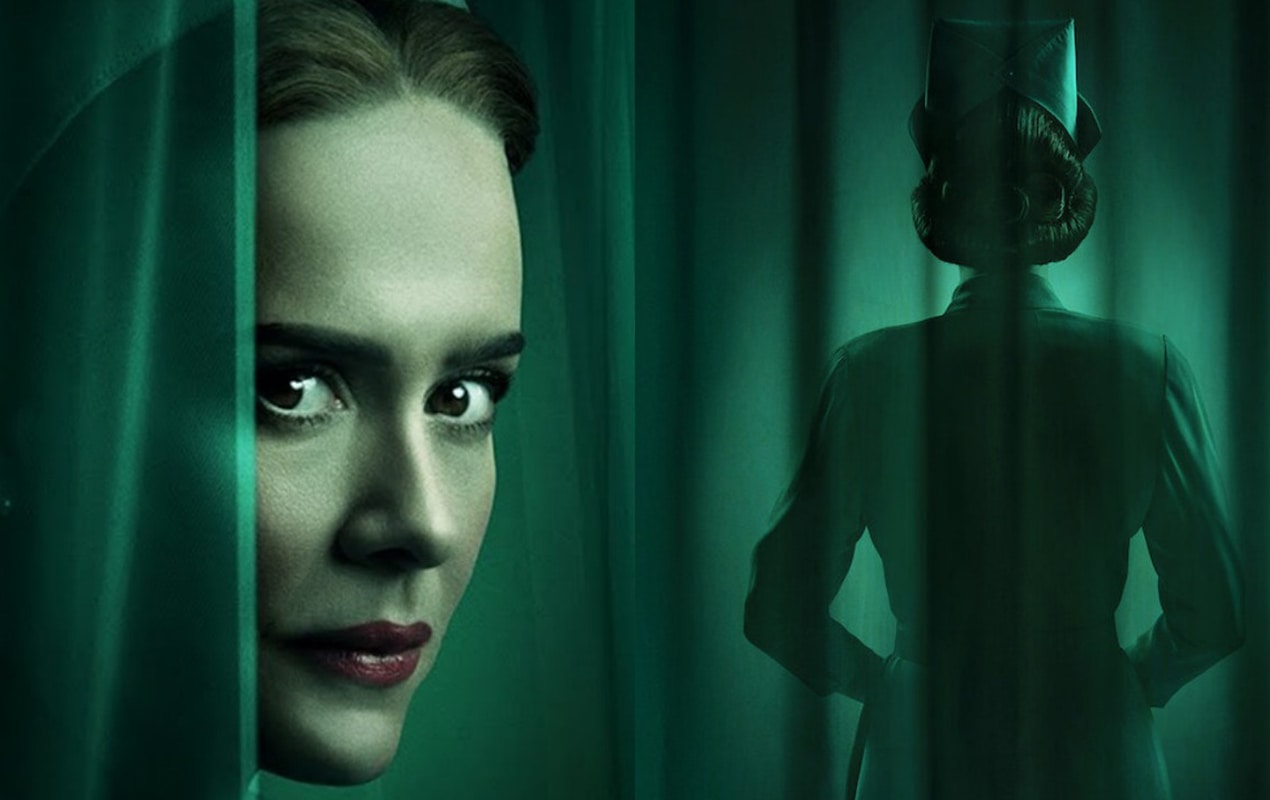 What to watch next: 10 new must-see TV shows out this Autumn

From well-loved adaptations to experimental mysteries, these are the TV shows to spend your autumnal evenings watching

Looking for what to watch now? You’re in luck – this season brings with it a stellar line-up of must see TV shows. From brilliant home-grown British TV, to major American productions and excellent foreign-language offerings, autumn’s small screen schedule has never been stronger. And with big names and even bigger budgets becoming the norm, one thing is clear – we’re currently enjoying a golden age of television.

So what to expect? As well as a timely series from the Oscar-winning Steve McQueen, there’s exciting new origin shows on Netflix, sumptuous period dramas from the BBC and experimental thrillers from Sky. There’s also the chance to tune into shows featuring names like Hilary Swank, Billie Piper, Jude Law and David Tenant, too. Here, we’ve rounded up the best new TV shows to curl up in front of this season.

Billie Piper is reuniting with Secret Diary of a Call Girl writer Lucy Prebble on this “excruciatingly honest” eight-part series. The show follows Suzie Pickles (Piper), who became famous by winning an X Factor-type contest aged 15. 20 years later Suzie has her whole world turned upside when her phone is hacked and extremely private pictures of her emerge. Each episode follows a different stage, moving from shock and denial to guilt, anger and, finally, acceptance, as Suzie struggles to hold her life, career and marriage together. Bold and refreshingly raw, it’s a bitingly relevant take on whether any of us can survive being well and truly ‘known’.

This detective series, based on the eponymous character created by author J.K.Rowling under her pseudonym Robert Galbraith, has already has three successful series. Now, the dishevelled soldier-turned-private-detective returns to our screens this autumn to crack another case alongside his far more glamorous sidekick, Robin. This new four-part mini-series, entitled Lethal White, looks at the connection between two very different families – one of which falls into the traditional Tory right, while the other has ties to the anarchic left. As the link between them is explored, we’re plunged into the world of politics, but there’s also plenty of personal drama for Strike and Robin taking place, too.

Centring around London’s West Indian community between the 1960s and 1980s, this BBC mini-series of five stand-alone films is created by Oscar-winning writer and director Steve McQueen. The name comes from the Jamaican phrase “if you are the big tree, we are the small axe” – an expression illustrating that small voices of dissent can still successfully challenge powerful, established ones. It’s this idea which runs thematically through each of the five films, confronting the injustice faced by the West Indian community in Britain. With an impressive cast including Star Wars’s John Boyega and Black Panther’s Letitia Wright, expect this to be a timely and important slice of TV this season.

Out 25 September, BBC One
bbc.co.uk

This latest true crime TV show sees David Tenant in the role of Dennis Nilsen, the Scottish serial killer who murdered 12 men between 1978 and 1983 in London’s Muswell Hill. According to ITV, “the series will not only highlight the police investigation and trial but also the effect of the media coverage on public perceptions of the victims at the time, raising questions of just how far have we really come since then.” Nilsen’s crimes were only uncovered after parts of his victims were discovered in his drains, where he’s attempted to dispose of them after performing gruesome rituals to the bodies – a clue as to just how dark we can expect this series to be.

Starring two-time Academy Award-winner Hilary Swank in the lead role, Away follows American astronaut Emma Green as she leads an international crew on a perilous mission to Mars. As you’d expect, there’s plenty of drama on board during her interstellar adventure in the form of terrifying technical issues and a mutinous crew. But the richer story comes from what Green leaves behind – her husband and teenage daughter, who have to wait for her return for three long years. Expect an emotional spin on the usual sci-fi as the consequences of her actions are explored in this ten-part series.

One for fans of McMafia. This financial thriller sees rich young Swedish investment banker Tom Blixen take a punt on a risky deal which goes horribly wrong, landing him in a battle for survival as Moscow’s corrupt politicians, oligarchs and millionaires hold him accountable. Written in English, Russian and Swedish, Moscow Noir is being heralded as the foreign series to tune into this autumn, but the show’s star, Adam Pålsson, additionally makes for compelling viewing. Pålsson is also playing the lead in Netflix’s Young Wallander – the origin story for popular cop character Kurt Wallander – making him a name to watch right now.

Out 13 September, Channel 4 and All 4
channel4.com

This ambitious six part psychological drama sees Jude Law visit an isolated island off the British coast, where he witnesses strange local customs that trigger his own past traumas to resurface. His three episodes, entitled “Summer”, are then followed by three “Winter” episodes, in which outsider Naomie Harris comes to the island seeking answers of her own. But here’s the twist: halfway through the season, a special live theatrical episode will be performed and aired on 3rd October, connecting the two chapters and allowing viewers to “live and breath” the narrative. It’s an interesting concept (and perhaps an optimistic one considering the coronavirus pandemic) but this experimental and immersive TV show will definitely be one to watch. 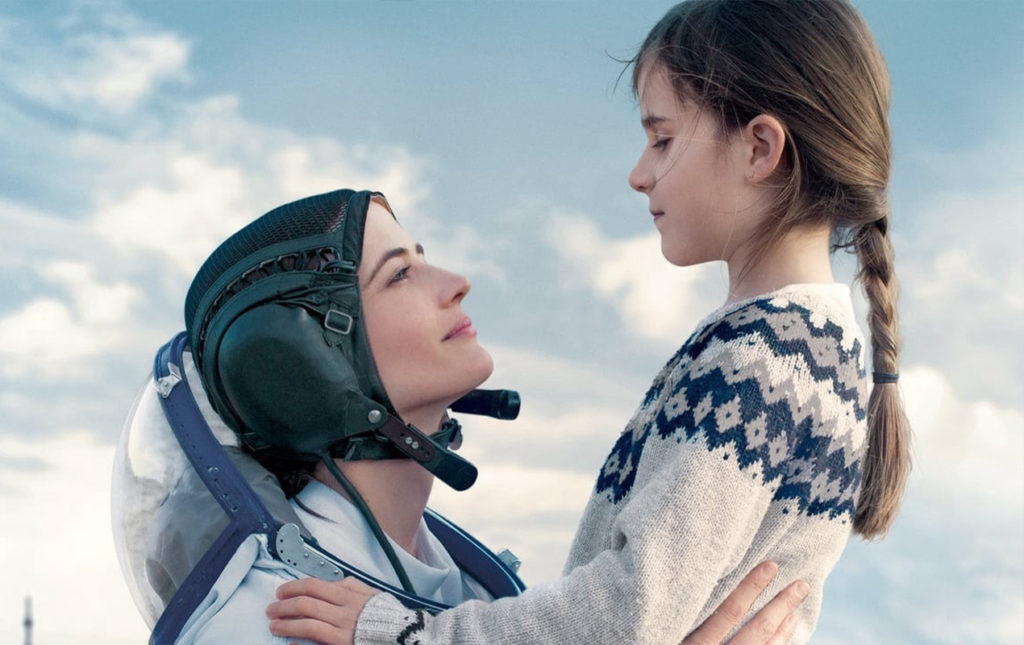 Read any round up of ‘the most evil villains of all time’ and you’ll see one character who constantly appears in every list: Nurse Ratched from One Flew Over the Cuckoo’s Nest. Steadfast in her conviction that she is both right and justified in her cruelty towards her psychiatric patients, Ratched is a bureaucratic tyrant of the worst kind. Now, Ryan Murphy and the American Horror Story team are exploring the iconic character’s origin story with Sarah Paulson starring in the lead role. In what is being called a “feminist psychological horror show”, we see how Nurse Ratched evolved into the monster that popular culture knows her to be. Expect an unforgettable performance from Paulson.

Fans of the original cult Channel 4 version of this show, which aired back in 2013, can celebrate – Utopia is back, this time with Gillian Flynn (author of Gone Girl and Sharp Objects) penning the dystopian drama’s script. In this revamp, John Cusack will be starring as biotechnician Dr Kevin Christie – a new character of Flynn’s invention to bring the story up-to-date. Otherwise, the premise remains the same: a group of nerdy misfits discover that a comic book conspiracy theory, which predicts a serious threat to humanity, is actually true. Expect a series as equally weird and wonderful as the original.

As temperatures start to drop, the seasonal period drama offerings inevitably begin to heat up. Thanks to its stellar cast including Luke Treadaway, David Morrissey and Charles Dance, The Singapore Grip is set to be this season’s essential viewing – a drama based on JG Farrell’s 1978 satirical novel of the same name. The story follows a British family living in Singapore during WWII, who control one of the colony’s leading trading companies – but their questionable livelihood is turned upside down when the city-state is occupied by the Japanese in 1942. During their invasion, 200 staff and patients were massacred at the British Military Hospital by troops – an event which is covered in this unmissable panoramic drama.