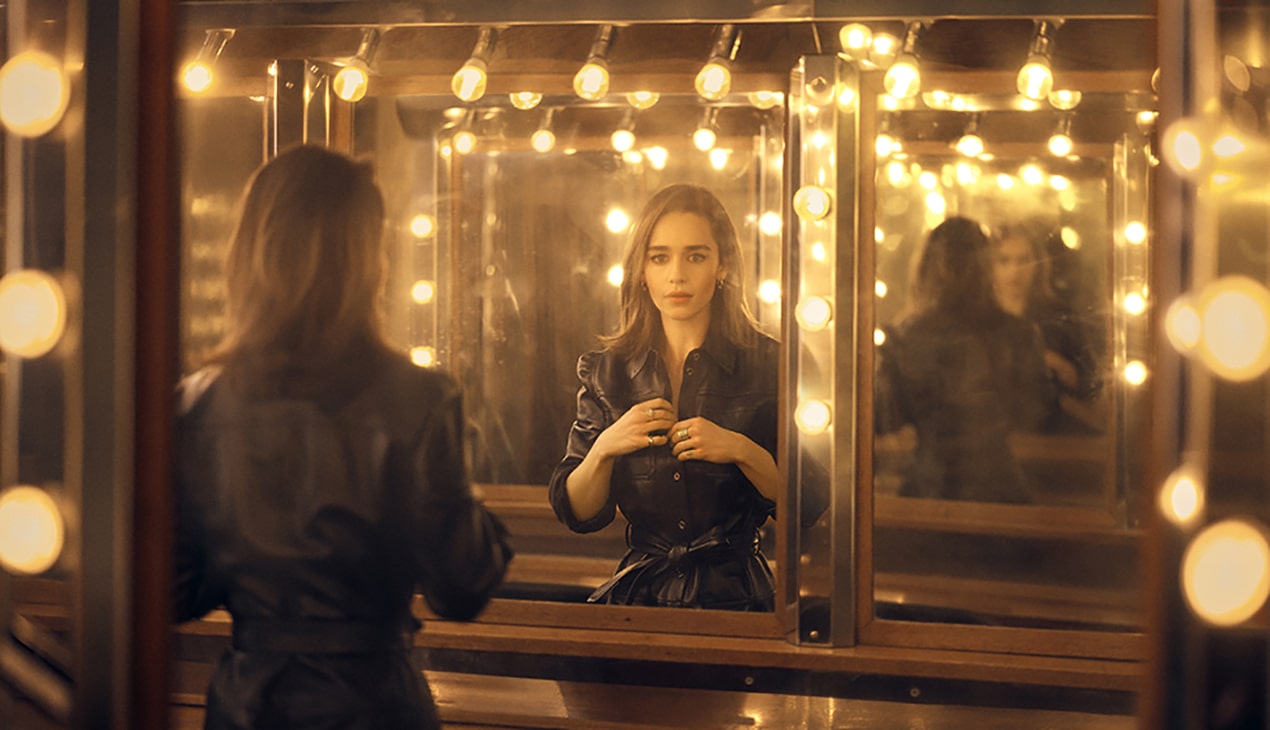 The best theatre shows to see this spring in London

Make these the shows you book in town this theatrical season

From a radical reworking of Henrik Ibsen’s A Doll’s House to the toe-tappingly dazzling return of City Of Angels, London’s theatreland promises to enthral and enrapture its audiences this springtime. Whether a glittering musical number, bold West End revival or eagerly anticipated debut, expect thought-provoking storytelling and exquisite acting, with a stellar line-up of big-name stars treading the boards. Make these the shows you book this theatrical season

Victoria Hamilton reprises her role in the return of Mike Bartlett’s state-of-the-art play, which saw her win Best Actress at the Critic Circle Awards for her performance in the original production. Directed by Almeida Artistic Director Rupert Goold, the story follows successful businesswoman Audrey Walters (Hamilton), who buys a country estate called Albion. She soon becomes fixated with returning the rambling gardens to their former glory, in a bid to create a resting place for her son, who died in Afghanistan. A disparate group of characters are dragged into this horticultural obsession, including her dysfunctional family, grieving daughter-in-law, novelist best friend and a number of bemused villagers, in what is described by one critic as “a modern-day Evelyn Waugh novel, given the Chekhov treatment”.
almeida.co.uk

Originally written by English playwright extraordinaire Caryl Churchill in 2002, this thrilling drama – here directed by Polly Findlay – addresses the controversial topics of human cloning and identity. Set in the near future, it tells the story of Bernard 1 who discovers that he is one of a number of identical copies (Bernard 2 and Michael Black), after his father Salter conducted a genetic experiment in a bid for another version of his son, following the suicide of his wife. What follows is the conflict between Salter (played by Roger Allam), Bernard 1 and his unwitting clones (all played by Colin Morgan). Thought-provoking and thrilling in equal measure.
bridgetheatre.co.uk

The Welkin
National Theatre  Until 23 May

Maxine Peake returns to the National Theatre to critical acclaim in Lucy Kirkwood’s new play The Welkin, a tale based in rural Suffolk in 1759, directed by James Macdonald. Peake plays midwife Lizzy Luke who sets about defending Sally Poppy (Ria Zmitrowicz), a woman sentenced to hang for a heinous murder who also claims to be pregnant. As the country waits for Halley’s Comet (‘welkin’ is a middle-English word referring to the sky or heavens), a jury of twelve matrons are called upon from their housework to decide whether Poppy is telling the truth or simply trying to escape the noose. With a mob outside baying for blood, watch as they wrestle with their new authority.
nationaltheatre.org.uk

Endgame
The Old Vic  Until 28 March

This production of Edmond Rostand’s classic play about Cyrano de Bergerac, a gifted 17th-century author and duellist whose enormous nose means he is plagued by self-doubt, has received rave reviews. The titular character is played by West End stalwart James McAvoy, in a production inventively adapted for stage by Martin Crimp and directed by Jamie Lloyd (who previously collaborated with McAvoy on the much-lauded production of Macbeth in 2013). As Bergerac sets out to woo his true love Roxane, will the narcissistic circles in which he mixes get the better of him – or can his mastery of language and the sword capture Roxane’s heart despite the overwhelming odds? Catch this while you can.
theplayhousetheatre.co.uk

The Seagull
The Playhouse Theatre  11 March to 30 May

Emmy award-nominated actress Emilia Clarke swaps Games of Thrones for the West End as she makes her debut in Anton Chekhov’s The Seagull. Jamie Lloyd directs this slice-of-life drama, originally set in the late 1900s, now modernised by talented playwright Anya Reiss. The tale follows four main protagonists, the ingenue Nina (played by Clarke), well-known writer Boris, fading actress Irina and her son, Konstantin, a would-be playwright, who are stuck in an isolated home deep in the Russian countryside, where dreams are soon in tatters, hopes dashed and hearts broken. A story of ambition, love, loneliness and fame brilliantly propelled into the 21st-century.
theplayhousetheatre.co.uk

The Young Vic’s 2020 season kicks off with a radical new version of Henrik Ibsen’s play, penned by Olivier award-winning writer Stef Smith. While Ibsen’s original work – which centres around dutiful wife and mother Nora, whose past comes back to haunt her – caused outrage when it was first performed in 1879 for its brutal depiction of womanhood, Smith’s new production reframes the drama in three different time periods – the fight for women’s suffrage, the Swinging Sixties and the modern day. As we watch the painful unravelling of Nora’s seemingly perfect life, it throws up the question: how far have we actually come over the last century?
youngvic.org

The toe-tappingly dazzling City of Angels returns to the West End, as the Donmar Warehouse’s award-winning production (nominated for five Olivier awards, it scooped two) transfers to the Garrick Theatre. Cy Coleman, David Zippel and Larry Gelbart’s musical comedy artfully blends the story of a writer, Stine, trying to turn his latest book into a screenplay, with the fictional world lifted from his novel. With Josie Rourke returning as director and an all-star cast including Emmy and Grammy Award nominee Vanessa Williams, singer Nicola Roberts, Hollywood’s Theo James, stage veteran Jonathan Slinger, and Hadley Fraser, Rebecca Trehearn and Rosalie Craig reprising their Donmar roles, this is a love letter to the glamorous world of old Hollywood and film noir.
garricktheatre.org

Following a sell-out run last year, Robert Icke’s Almeida Theatre production of The Doctor transfers to the West End. Freely adapted from Arthur Schnitzler’s Professor Bernhardi, the play tells the story of a doctor – a role reprised by Juliet Stevenson – who refuses to let a priest into a room at a private hospital, where a young woman with sepsis fights for her life. Her reason? She believes the girl will die a more peaceful death if she remains ignorant of the gravity of her illness. It’s a decision which has enormous consequences, with news of the case spreading rapidly and causing deep chasms within society. Described as a whirlwind of gender, race and identity politics, the production has been described as “wonderfully upsetting”.
thedukeofyorks.com

The Visit
National Theatre  Until 13 May

A gripping adaptation by the great Tony Kushner of Friedrich Dürrenmatt’s visionary revenge play. Transported by Kushner into mid-20th century America, it tells of the beautiful but impenetrable Claire Zachanassian (Lesley Manville), who returns to her post-war recession-hit hometown in New York State as the world’s richest woman. Residents get their hopes up, thinking that her arrival signals a change in their fortunes, but they soon come to realise prosperity comes at a terrible price. Jeremy Herrin directs, with Hugo Weaving (The Matrix, Lord of the Rings) as Zachanassian’s former lover.
nationaltheatre.org.uk

Timothée Chalamet (most recently seen breaking hearts in Little Women) makes his London theatre debut in Amy Herzog’s 2011 play 4000 Miles, which was nominated for a Pulitzer Prize. Treading the boards opposite Dame Eileen Atkins, Chalamet plays 21-year-old Leo who sets out on a cycling trip across America with his best friend. After weeks of being out of contact, no-one is more surprised than his feisty 91-year-old Vera (Atkins) when Leo turns up on her Greenwich Village doorstep in the middle of the night. What follows is a moving lesson in loss and grief, and the narrow line between growing up and growing old.
oldvictheatre.com