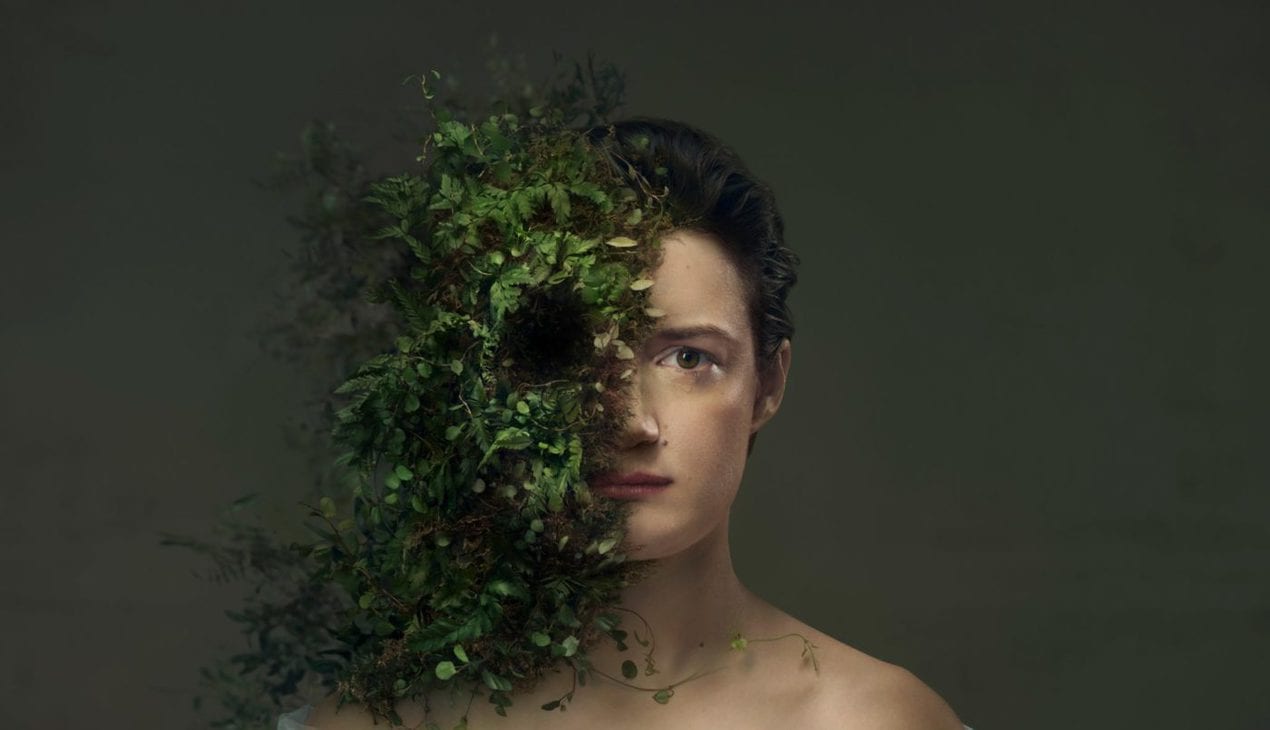 The must-see plays and shows in London this autumn

Your guide to the hottest tickets in town

The summer season on the London stage offered up Phoebe Waller-Bridge taking Fleabag back to its one-woman roots, a trio of iterations of A Midsummer Night’s Dream, and a collaboration between The Young Vic’s Kwame Kwei-Armah and Idris Elba. As autumn arrives, the upcoming openings are set to continue to stir and delight audiences across the capital. From long-awaited revivals to brilliant new writing, all-star casts to stage debuts, these are the London plays and shows to book your tickets for now. 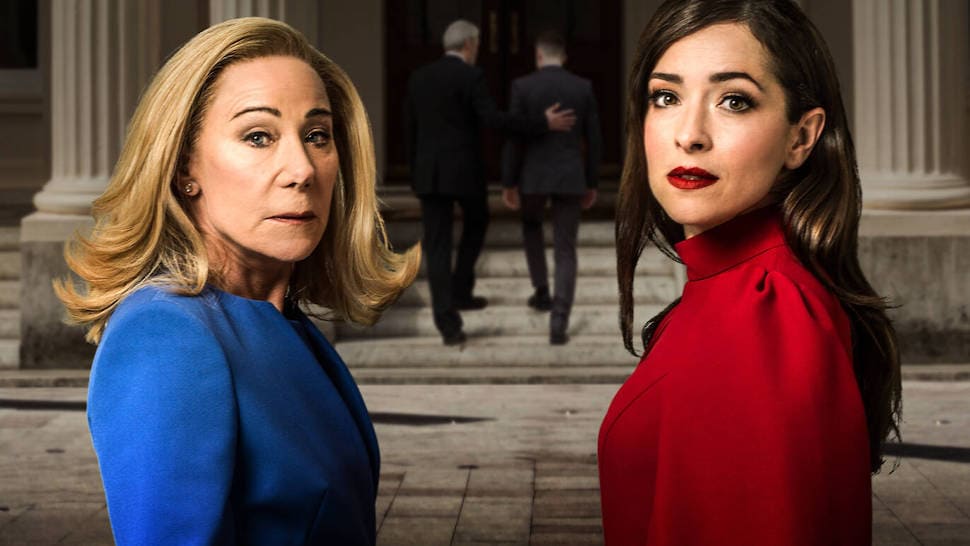 Royal Shakespeare Company favourite Zoë Wanamaker and award-winning Czech actress Zrinka Cvitesic star as Hélène and Sophia, the first ladies of France and America, in the world premiere of Nancy Harris’s new play, directed by Nicholas Hytner. As their husbands come to loggerheads over an international crisis, they find themselves alone together in a room. The moment presents an opportunity, but with the stakes so high, can they trust each other or, for that matter, their husbands? A word of warning to married statesmen: keep your enemies close and your partners closer…
14 September – 26 October 2019, 3 Potters Fields Park, SE1, bridgetheatre.co.uk

Caryl Churchill, who is often referred to as “Britain’s greatest living playwright”, is back at the Royal Court with four new short plays, directed by James Macdonald and showing for a strictly limited three-week run. Keen to retain an element of surprise for the audience, their content has been kept a secret; all we know is that the four stories are about “a girl made of glass. Gods and murders. A serial killer’s friends. And a secret in a bottle”. Looking for a little more to go on? Escaped Alone – Churchill’s most recent play which opened at Royal Court – was critically acclaimed and transferred to New York. Worth the gamble.
18 September – 12 October 2019, Sloane Square, SW1, royalcourttheatre.com

Lorca revivals have form at the Young Vic – who could forget the spellbinding 2016 version of Yerma starring Billie Piper, for which she earned an Olivier Award? Now the theatre is staging a new adaptation of the playwright’s most famous tragedy, in a visceral and evocative production by acclaimed director Yaël Farber. It tells the tale of a bride who runs away from her own wedding reception, thereby unleashing the vengeance of her village. Foreshadowing the violence which would tear Lorca’s beloved country apart and lead to his own demise, the play examines ordinary women rebelling against the constraints of Spanish society.
19 September – 2 November 2019, 66 The Cut, Lambeth, SE1, youngvic.org

The Watsons, The Menier Chocolate Factory 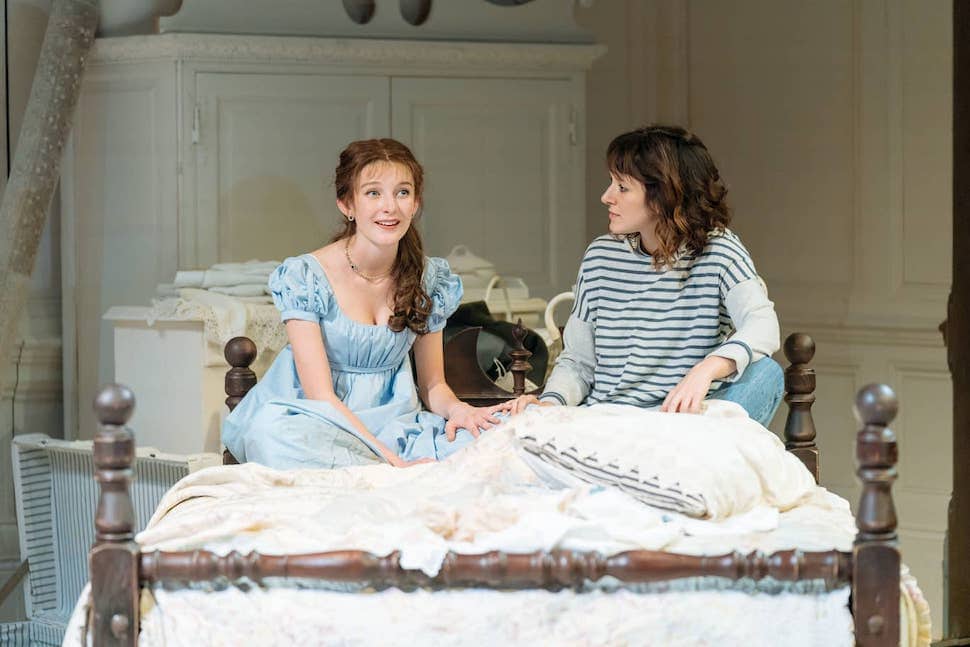 Fresh from winning this year’s Olivier Award for Home, I’m Darling, playwright Laura Wade does the seemingly impossible in taking on an incomplete Jane Austen story and finishing it off with sparklingly witty aplomb. The London premiere of this acclaimed production, which follows a sold-out run at Chichester Festival Theatre, charts the tale of 19-year-old Emma Watson, who has been cut off by her rich aunt and sent back to the family home. Luckily, it seems there is no shortage of handsome, eligible suitors in town for her to choose from. But how would Austen have wanted the story to end?
20 September – 16 November 2019, 53 Southwark St, London SE1, menierchocolatefactory.com

Master Harold And The Boys, The National Theatre 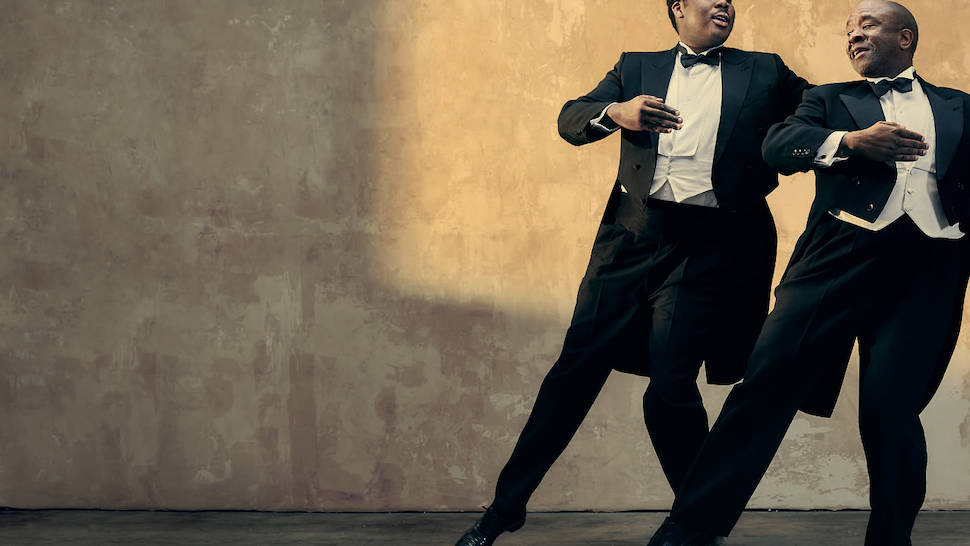 Set in apartheid era South Africa in 1950, this blistering semi-autobiographical play by Tony Award-winning playwright Athol Fugard explores the complicated relationship between Hally – aka Master Harold – and Sam and Willie, the two older servants he grew up with, as they practice their steps for the finals of the ballroom dancing championship in the family’s tea room. Starring Lucian Msamati and Hammed Animshaun, fresh from his show-stealing performance in The Bridge’s critically-acclaimed A Midsummer Night’s Dream, it’s a moving study of friendship, prejudice and the ways in which people are capable of hurting those they love most in the world.
21 September – 26 October 2019, Upper Ground, South Bank, SE1, nationaltheatre.org.uk 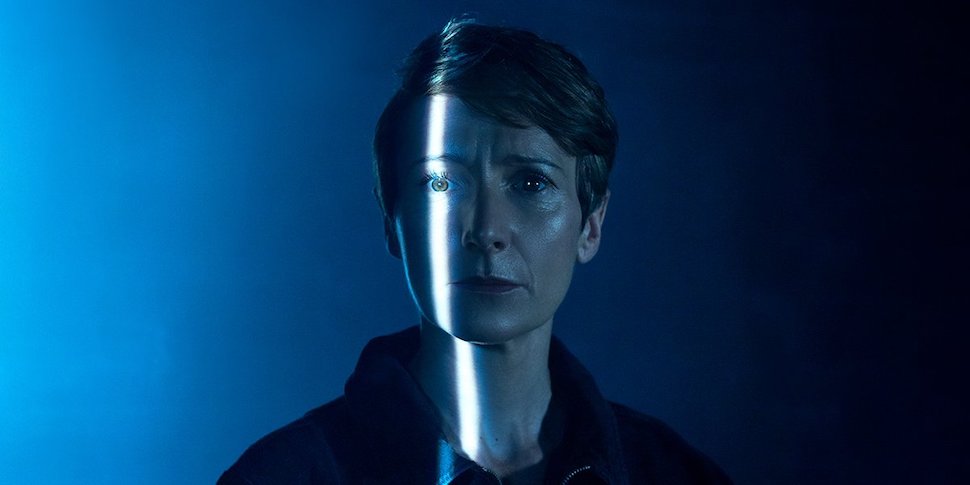 In this gripping new play, adapted from Stanislaw Lem’s cult science fiction novel, Kris Kelvin arrives at a research station on a remote planet to find one scientist dead and two others who are seeing things that cannot be explained. But when her dead lover appears to her, it seems that Kris has fallen victim to the mystery of this strange planet too. The question is, will she be able to return to reality? Or is this her possibility of turning back time? As the psychological thriller unfurls, it poses the uncomfortable question as to who are we when we’re forced to confront our deepest fears.
10 October – 2 November 2019, Lyric Square, King Street, Hammersmith, W6, lyric.co.uk

Following on from their star turns as the Queen and Prince Philip in The Crown, Claire Foy and Matt Smith are reunited on the London stage in this Matthew Warchus production of Duncan Macmillan’s hilarious emotional rollercoaster. The pair play a couple wrestling with life’s biggest dilemmas, from the melting ice caps to overpopulation and political unrest. And in the midst of this, there’s the biggest dilemma of all: whether or not to add to the growing turmoil by having a baby. And as the world seems to be going to hell, would you really want to? A pertinent question in today’s environmentally-conscious world.
14 October – 9 November 2019, The Cut, Lambeth, SE1, oldvictheatre.com

for all the women who thought they were   Mad, Hackney Showroom 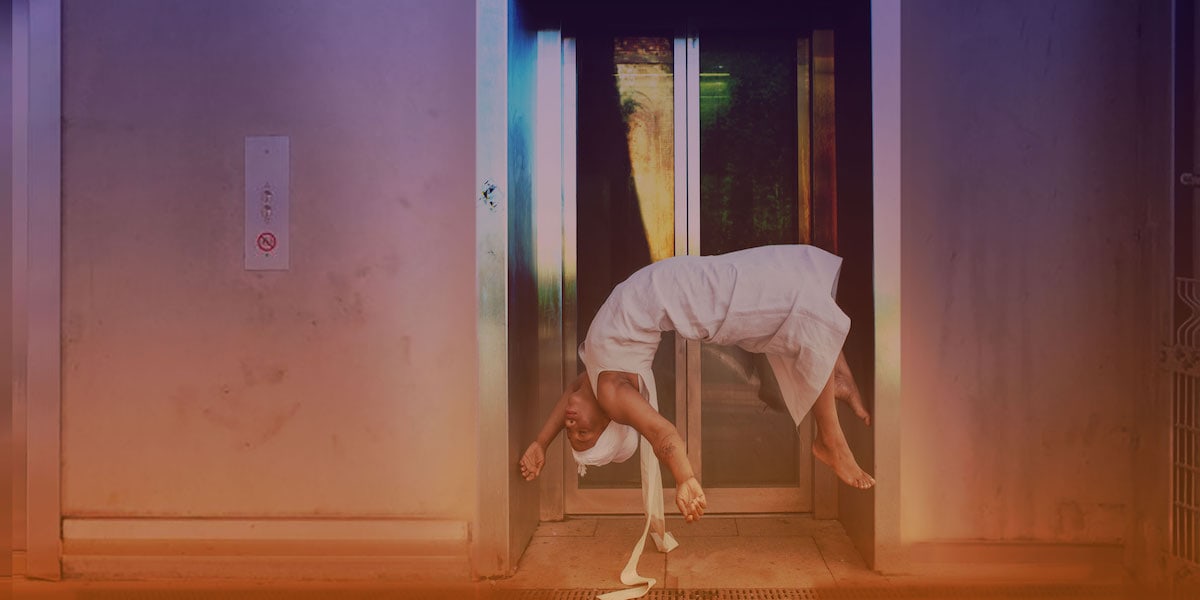 From supremely talented playwright, novelist, poet, actor and filmmaker Zawe Ashton comes a piece about cultural bias and systemic oppression in contemporary Britain, examining the forces marginalising and working against women of colour across society.

Ashton most recently appeared on stage opposite Tom Hiddleston in Betrayal at The Pinter Theatre, while her brilliant first novel, Character Breakdown, was published to plaudits earlier this year. 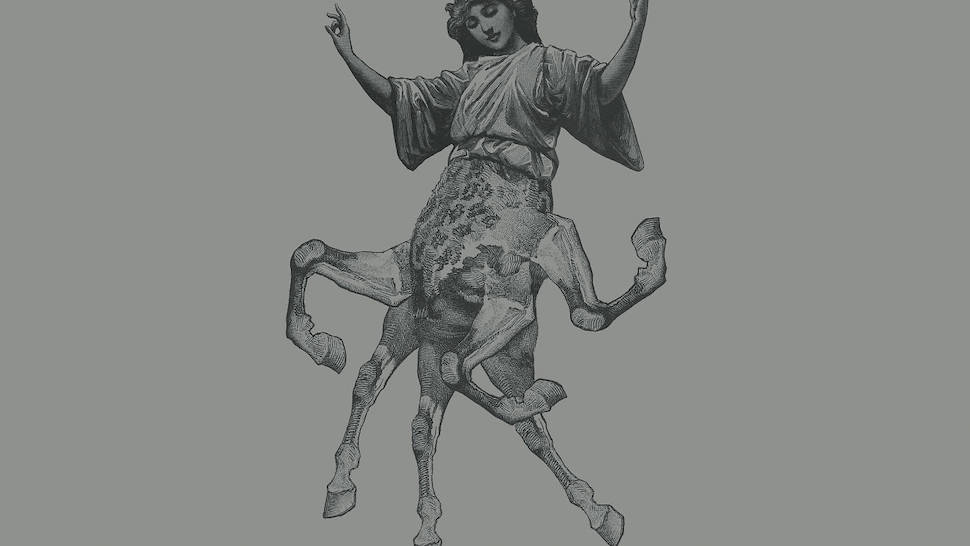 Pulitzer-prize winning Annie Baker is back at the National this season with another extraordinary play. Centring around the concept of stories and what value they hold in a world in crisis, The Antipodes opens with three men brainstorming around a table. What they are cooking up, the audience is never quite sure, but this play telling stories about stories is more pertinent than ever in a period of fake news and extreme publicity. Expect dark comic touches, plenty of foreboding and the same searing writing that won Baker legions of fans for her previously acclaimed plays, The Flick and John.
21 October – 23 November 2019 , Upper Ground, South Bank, SE1, nationaltheatre.org.uk

Death Of A Salesman, The Piccadilly Theatre 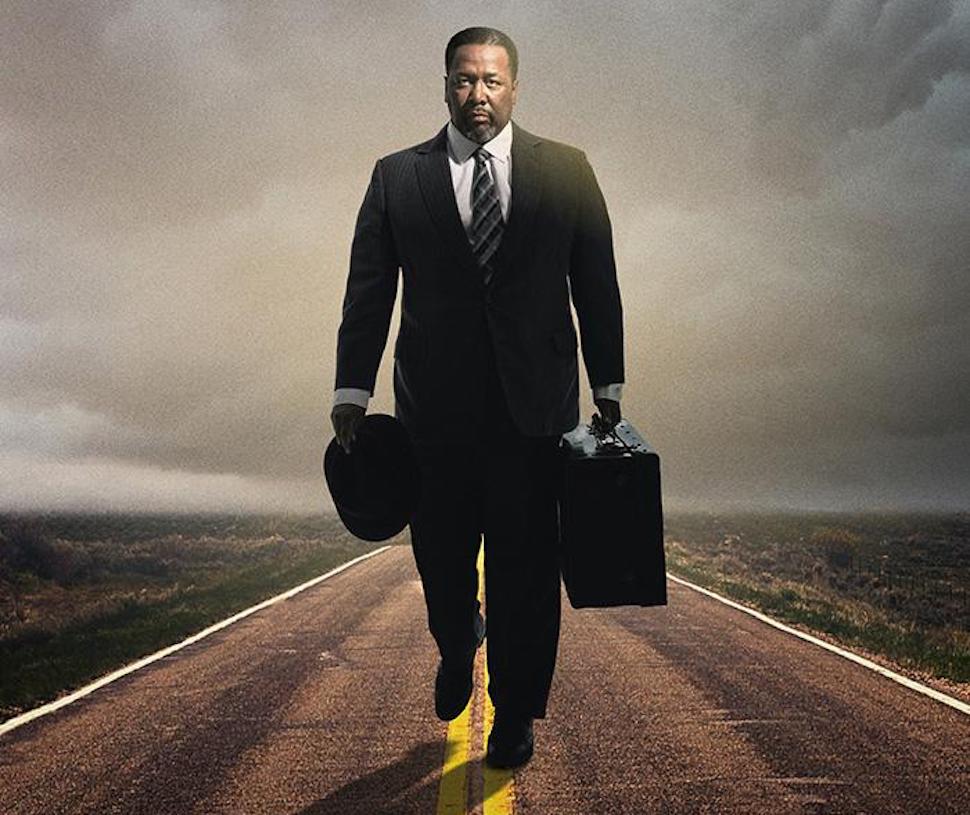 Marianne Elliott’s production of Arthur Miller’s classic was such a hit during its run at the Young Vic earlier this year that it secured a welcome transfer to the West End. Travelling salesman Willy Loman (played brilliantly by Suits and The Wire star Wendell Pierce) returns from an unsuccessful business trip to find his two adult sons living at the family home. Willy starts to drift in and out of daydreams and hallucinations, as his illusions of his picture-perfect business and family life slowly start to cave in on him. A fascinating look at ageing, self-delusion and the American Dream.
24 October 2019 – 4 January 2020, 16 Denman Street, Soho, W1, thepiccadillytheatre.com

Set to be the most talked-about musical of the season, this Broadway hit (and winner of six Tony awards) is finally coming to the West End. Teenage Evan Hansen is struggling with social anxiety and, on the recommendation of his therapist, begins writing himself a series of letters about why each day will be a good one to help him cope with a profoundly difficult time in his life. Powerful and intimate, it struck a chord with US audiences, with the New York Times dubbing it “a gut-punching, breathtaking knockout of a musical”.
29 October 2019 – 27 June 2020, 85-88 St Martin’s Lane, Covent Garden, WC2, delfontmackintosh.co.uk

My Brilliant Friend, The National Theatre 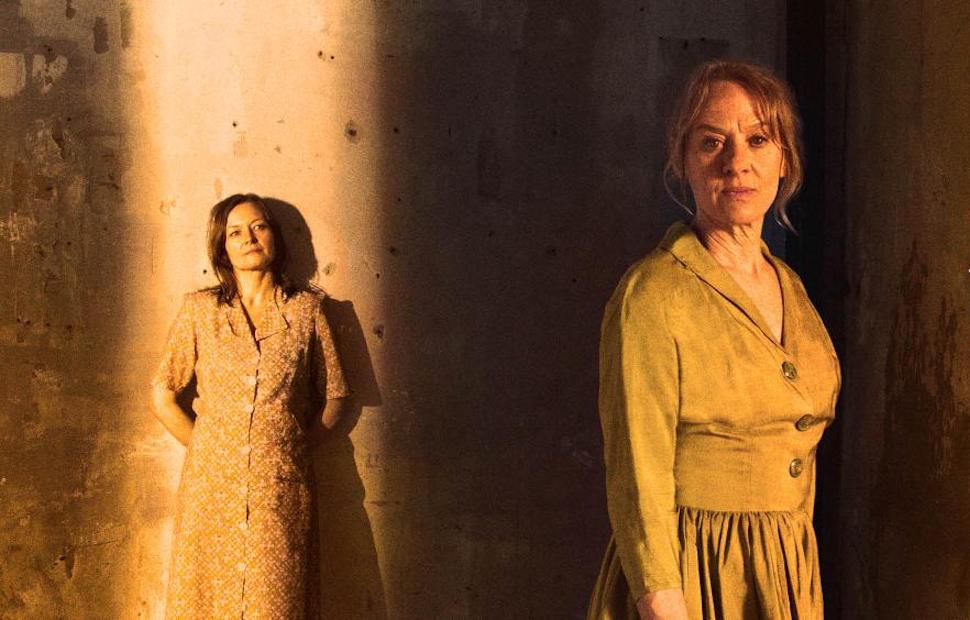 Following its sold-out run at the Rose Theatre Kingston, this lauded two-part adaptation of Elena Ferrante’s beloved novel is transferring to the National. The book itself was published in over 50 countries, creating legions of Ferrante fans. April De Angelis’s inventive five-and-a-half-hour production spans 50 years in its characters’ lives, exploring the extraordinary paths that female friendships can take. Set in post-war Naples, the story follows best friends Lila and Lenu as their relationship endures turbulent social and political change, and as the transformation of their neighbourhood, city and nation pulls them in different directions.
12 November 2019 – 18 January 2020, Upper Ground, South Bank, SE1, nationaltheatre.org.uk

Joe Simpson’s best-selling memoir Touching the Void has already been turned into a BAFTA award-winning film, but now it’s destined for the West End too. Based on Simpson’s attempt to summit the Siula Grande mountain in the Peruvian Andes with his friend, Simon Yates, this epic adventure takes a dark turn when Simpson falls and breaks his leg, forcing Yates to lower him by rope the rest of the way. But when a storm threatens their lives, the pair must decide whether to cut the rope to ensure at least one survives. Life-affirming and darkly funny in equal measure, get ready for some impressive staging.
14 November – 29 November 2019 , St Martin’s Lane, Charing Cross, WC2, atgtickets.com 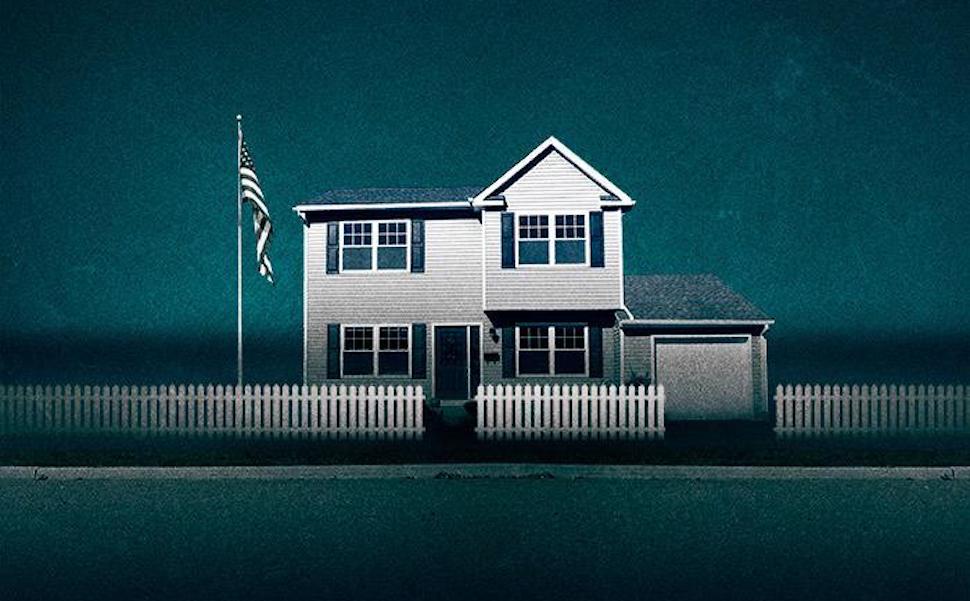 With a sell-out run in New York, the 2019 Pulitzer Prize for Drama and the Susan Blackburn Prize for female playwrights under its belt, Fairview – by Brooklyn-based Jackie Sibbles Drury – is possibly the most hotly anticipated ticket this season. Deceptively starting out as a family comedy centred on the celebrations for Grandma’s birthday in the Frasier house, it’s hidden depths slowly surface to examine preconceptions about race and deep-seated prejudices that plague society.
28 November 2019 – 18 January 2020, 66 The Cut, Lambeth, SE1, youngvic.org