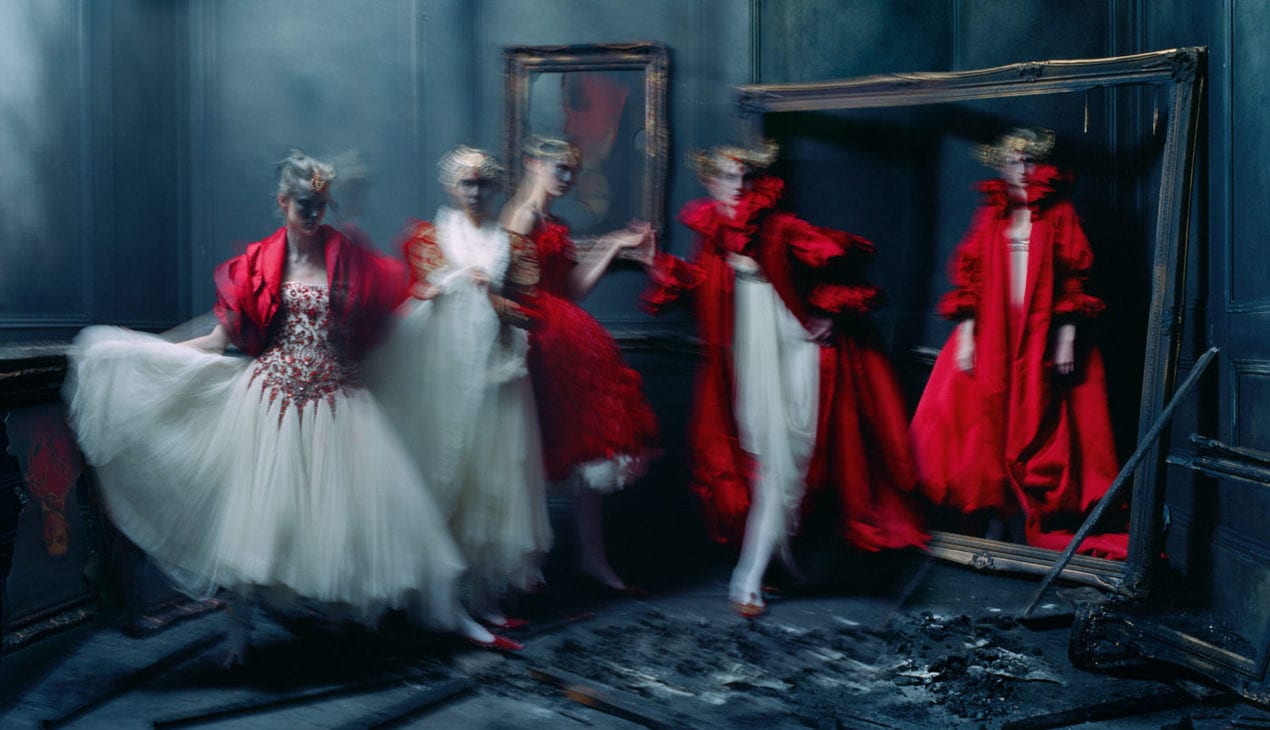 Dreamscape: Tim Walker’s wonderful world is brought to life at the V&A

The largest ever exhibition of the photographer’s iconic work

Tim Walker’s fantastical fairytale images have captivated us for more than two decades. This autumn, the V&A pays homage to the fashion photographer with the largest exhibition of his work yet.

Few photographers – past or present – have conjured up such rich and magical images as Tim Walker. His extraordinary shoots, which channel folklore and literature, theatre and history, often involve surreal or larger-than-life worlds that we can all be inspired by or escape into, like fairy tales come to life.

After art school in Exeter and a stint assisting the legendary Richard Avedon in New York, Walker’s first commission, aged just 25, for Vogue, was to shoot Iris Palmer in a land girl fantasy at his mother’s Devon cottage. And so began his idiosyncratic blend of nostalgia, romance and mesmerising storytelling that has helped him carve a niche in the fashion world, shooting for British, Italian and American Vogue, W Magazine, Love and iD, and winning one-man shows at the Design Museum (in 2008) and Somerset House (in 2012). But this autumn, the V&A, which has been collecting Walker’s work since 1998, will open his largest exhibition to date and it’s unlike any other retrospective they’ve staged before.

Tim Walker: Wonderful Things will begin with a look at 100 images from Walker’s previous projects and extracts from his Super 8 films. Spanning fashion, portraiture and nudes, they feature the East London-based photographer’s favourite muses, including Tilda Swinton and the artist Grayson Perry, as well as some of the biggest names in fashion such as Edie Campbell, Stella Tennant, Alexander McQueen and Rick Owens, and performers from Saoirse Ronan to Solange Knowles. Visitors will then be immersed in 10 new projects, inspired by pieces in the museum’s permanent collections – including Indian miniatures, Constable paintings and ivory carvings, that Walker discovered over many months diving into some of the institution’s six million artefacts and meeting with archivists, conservators, technicians and even the team that make the packing crates for travelling exhibits.

“The V&A has always been a palace of dreams – it’s the most inspiring place in the world. The museum’s collection is so wide and eclectic, and I think that’s why it resonates with me so much,” says Walker of this true passion project. “Many of the objects that I saw during my research at the museum made my heart swell and I wanted to try to create a photograph that would relate not only to the physical presence and beauty of that object, but also to my emotional reaction to it. Each new shoot is a love letter to an object from the V&A collection, and an attempt to capture my encounter with the sublime.” Each shoot will be displayed as an atmospheric miniature world (complete with sets by long-time collaborator Shona Heath and evocative soundtracks) and each one begins with an introduction written by the photographer, which will plunge visitors right into Walker’s mind-boggling creative process. “He’s never just photographing these objects – it’s about the stories that those things spark in his mind,” says the V&A’s curator of photography Susanna Brown, who started developing the show in 2015. One shoot concept began with an exquisite embroidered casket made by a teenage girl around 1675 that Walker found in the museum’s Clothworkers’ archive. “It’s completely magical and it took our breath away,” says Brown of the box that revealed a tiny garden complete with plants, flowers, fruit trees and tiny figures. “As soon as Tim saw it he said: ‘It reminds me of an iPhone; it’s a place where you can store your secrets – your personal world in a box.’ And that’s very typical of the way that his mind works – he always finds a contemporary relevance when he is looking at these historical things.”

That little box has been blown up to an awe-inducing life-size recreation that provides the backdrop for a fashion story featuring clothes inspired by 17th century costumes from the V&A collections. Many of the new shoots function exactly as Walker’s editorial commissions and feature an array of incredible stylists and creatives including Amanda Harlech, Edward Enninful and Zoe Bedeaux. Perhaps what’s most intriguing about Walker’s fantastical images is that they are all created with locations, sets and props, plus heaps of imagination and hard work – not with Photoshop or any other digital hocus-pocus.

Typical of Walker’s soaring ambition is a new film, The Steadfast Tin Soldier, which was created for the exhibition and which reimagines a Hans Christian Andersen tale as a love story between a tin soldier and a knight. The film, which will be shown in the museum’s new photography centre, features a newly commissioned ballet, costumes based on paper dolls found in the V&A Museum of Childhood and stunning sets by Shona Heath.

While Walker dreams up these wondrous worlds and stories, it takes vast teams to bring them to life, including, of course, the models. One of them is supermodel Karen Elson, whose ethereal beauty has made her one of Walker’s favourite models over more than two decades, in which she has played dolls, dreamers, debutantes and a roll call of other colourful characters in locations all over the world. “Tim knows my face, my body, my mind,” says Elson in the book that accompanies the exhibition. “And I know him: I know him as an artist, I know him as a creator so we speak without words. It’s a certain movement, a certain feeling that portrays the character that I know telepathically that Tim wants from me.”

The show will also shine a light on all of the other roles involved in creating Walker’s incredible worlds, which Susanna Brown hopes will inspire a new generation of image-makers. “Really, the heart of the show is this idea of creative collaboration,” she says. “It’s about a journey that Tim goes on with other people: stylists, hair and make-up, the set builders. He is the conductor of the orchestra – it’s a dance that he does with all of these people. And it shows how you don’t have to be the photographer; there are lots of other jobs in the creative industries – there are all these other brilliant people and this is the work they do.” And for Walker, who is vocal about modern childhood and the importance of firing young imaginations, there can be no better outcome.

Tim Walker: Wonderful Things is open until 8 March 2020 at the V&A. vam.ac.uk