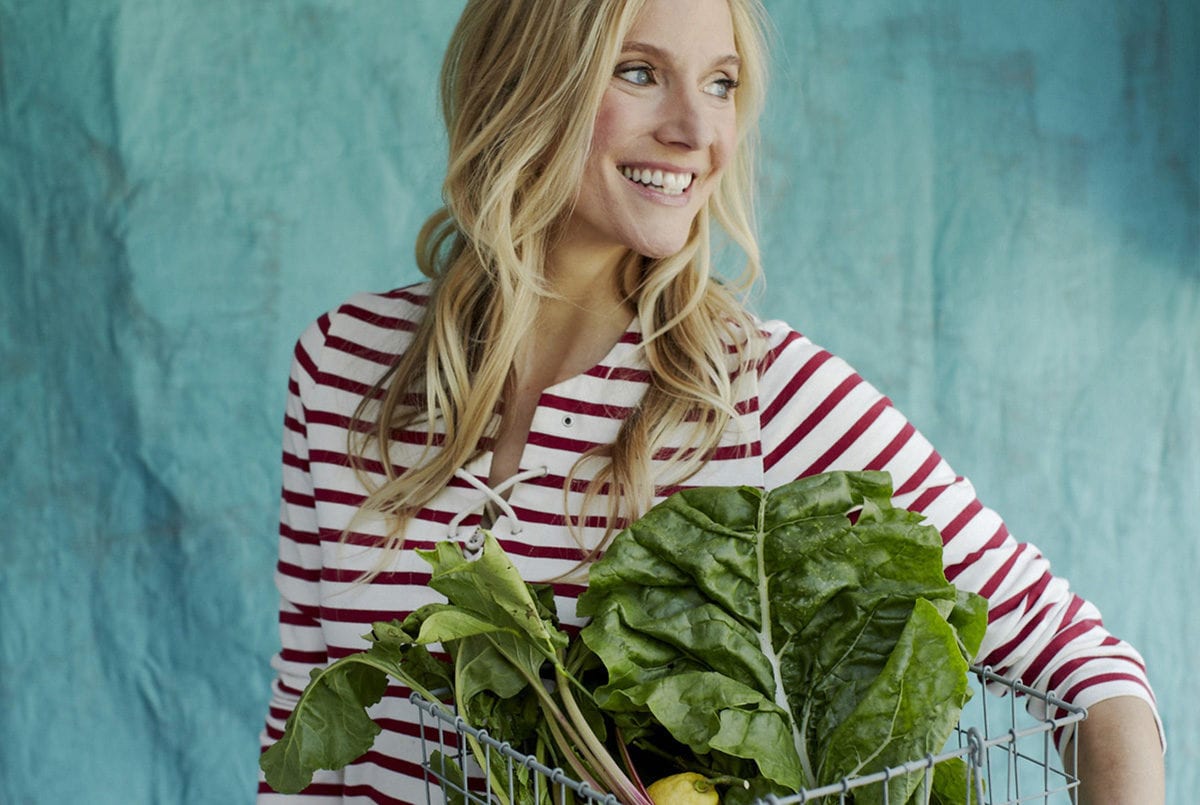 Her California-learned tools for a healthier life

A sunny Californian, Calgary Avansino is almost single-handedly responsible for introducing London’s fashion elite to West Coast-style wellbeing. In 2000, aged 25, she and her husband decamped from LA to London, where she landed a job as assistant to then-editor of British Vogue, Alexandra Shulman.

“I was – probably a little naively – expecting yoga and green juices to be as big in London as they were in LA at the time,” she says with a laugh. But with her vegetarian-packed lunches and 6am workouts, she was very much the exception, not the rule. Within a few years she rose through the ranks of the title and started writing a weekly wellness column for Vogue.co.uk. When it became a big traffic draw, she knew she was on to something. She left the magazine in 2013 and has since launched a successful wellness website and written a celebrated tome, Keep It Real. “I never thought, ‘This is what I want to do’,” she says, “it was just something I always did.”

How would you describe your food and wellness philosophy?

[American author and journalist] Michael Pollan has a great quote: “Don’t eat anything your great-grandmother wouldn’t recognise.” I think the most important thing to remember is that we are meant to be eating what I call “real” food; food that comes from the earth, that grows on trees, that’s planted in the ground. Somehow we have gotten used to the idea that food is highly processed and comes out of packages and plastic.

I think we’re seeing the horrible effects of 50 years of eating processed, empty calories that don’t give our bodies any nutrients. Obesity, type 2 diabetes, high blood pressure – they’re all linked to the food that we’re eating. I just believe in fuelling our bodies with natural produce that gives us energy, stamina, intellectual focus, fewer mood swings… all these things are directly related.

You were raised vegetarian?

Yes, my parents were both really athletic and loved cooking at home, so from a young age I was immersed in that. And I think everyone needs to eat less meat. I don’t think everyone needs to be 100 per cent vegetarian or vegan but if you look at the environmental impact of the meat industry and the effect of too much animal protein in your diet, both are hugely negative.

And there’s that whole cult around protein…

Exactly! Firstly, we don’t need as much protein as people say we do. And secondly, you can absolutely get enough from plant-based sources. Everything from walnuts to spinach, chia seeds and tofu – there’s plenty of ways to get protein.

When did you first start to notice that change take place?

I vividly remember telling colleagues about quinoa early on and they’d be like, ‘”What is that? What are you talking about?” I’d try and explain that it was like rice, but with more protein and then five years later it appeared in Waitrose. I just watched it with a smile. I think some people felt like wellness was something they needed to struggle against. Like having a green juice wasn’t particularly cool, until all of a sudden it was.

I also always had things like nuts, fruit and coconut flakes as snacks back when the best you could get was crisps. I remember people thinking I was so strange, delving into my desk drawer and coming out with these odd snacks. But slowly, it became more of a thing – and we’re talking seven years later. It’s a movement of mentality; it’s more people thinking, “I’m going to take care of myself”.

That would have been around the time of the size zero debate – how did that impact on you, as someone who was working within fashion, but also had an interest in food and wellness?

I think the most positive thing that came out of all of that was the shift from skinny to strong. Women are now more focused on building strength and stamina. Obviously some people still want to lose weight, but there’s a difference. It’s not like they’re saying all they want to be is skinny. It’s like they want to feel good, and have a good attitude towards what they’re eating and how they’re working out.

What made you decide to make the move from fashion to wellness?

It was a few things. I started writing a blog for Vogue.co.uk which came from people in the office asking me a million questions about what I was eating and what workouts I was doing. I started writing a “something to try” column once a week and it got a lot of traffic. By that point I’d been at Vogue for 15 years, so I decided to take a contributing editor role and focus more on the wellness. It was really scary as I didn’t know whether anyone would want to hear what I was saying.

And you now live full-time in California. What are the main differences between there and the UK in terms of wellness?

Exercise in California is a social activity and it’s one tip that I always offer people: make exercise a way of socialising. Catch-up while going for a walk or after spin. I think shifting the focus away from the pub once in a while is never a bad idea.

Any other tips that you would offer if someone wanted to adopt your philosophy?

Take an honest look in your kitchen. If you look around and think “whoa, 60 per cent of my food is processed”, then you have to be ready to take steps to change that. We’re not machines, we’re living, breathing organisms that respond to natural, nutrient-rich foods. Once that’s done, everything else falls into place. Because without tons of processed food, you eliminate extra sugar, you’re cooking more, and pretty quickly, you’ll start to feel better. It really will have an impact on everything. 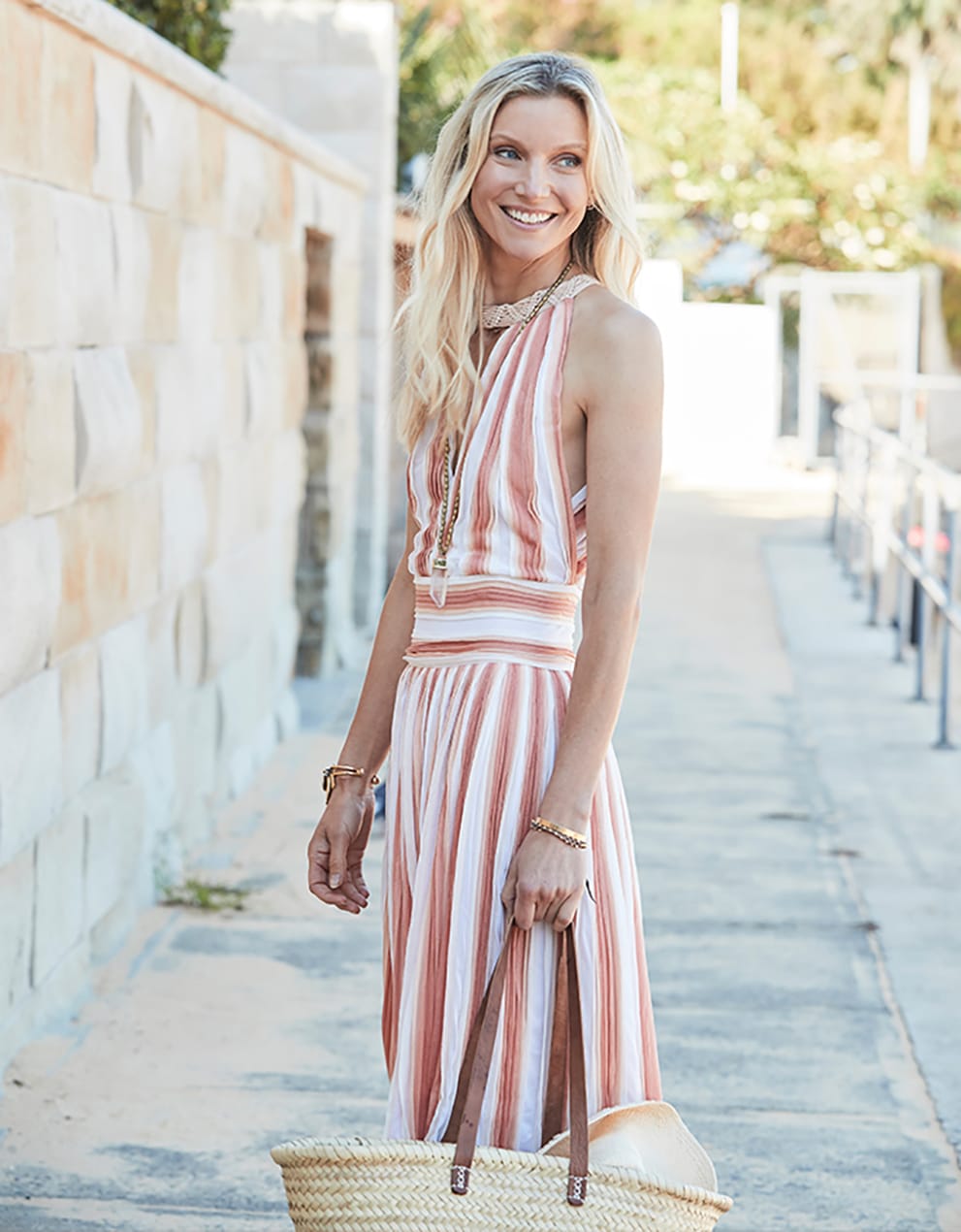 I think it’s the first place that showed that plant-based meals can be incredibly chic and a fun night out. It has an amazing bar and good quality food. It makes plant-based a special event and I love that.
74 Westbourne Grove, Notting Hill, W2; farmacylondon.com

You walk in and there’s a big sign that reads: ‘Turn your phone off’. It immediately makes it so calm and zen. I think somewhere that creates that kind of atmosphere should be celebrated.
Various locations; triyoga.co.uk

It’s the closest thing to [LA-based] SoulCycle, and is as good. It’s such an amazing, upbeat, complete-body workout, which I absolutely adore.
Various locations; psyclelondon.com

This is a London-based fragrance brand that helps to support the women in Morocco who create the fragrances. It’s the first perfume company that I’ve found that’s completely transparent, and I think it’s really admirable.
Available at Harrods, 87-135 Brompton Rd, Knightsbridge, SW1; sanajardin.com