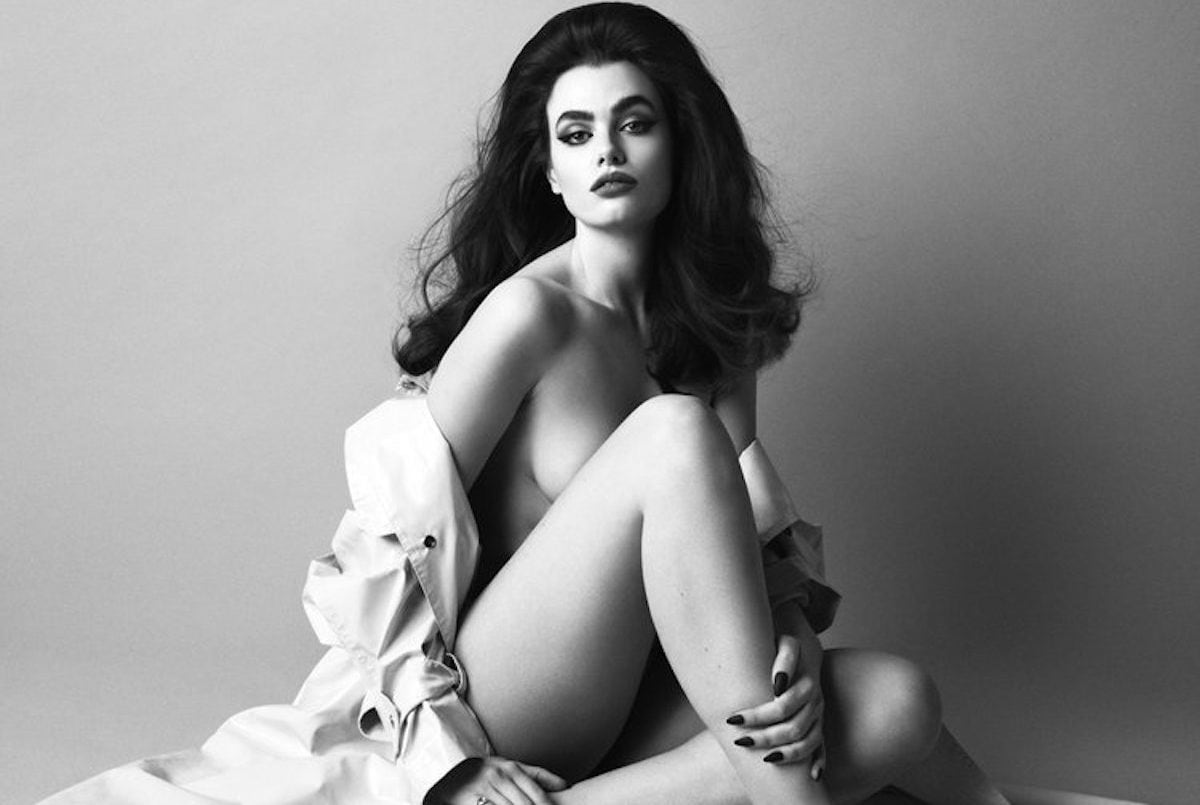 Charli Howard on her body positive journey to self-acceptance

“My body doesn’t disgust me anymore. I love it”

Being sacked by her modelling agency was just the beginning for Charli Howard. Now an outspoken activist, her career rocketed, and so did her happiness. Here, she talks diversity, mental health and why the fashion industry still has a lot to learn.

If you’d told me a few years ago that I would look – and weigh – the way I do now, I would have had a heart attack. I was so obsessed with not becoming “fat” that I would do everything in my power to rid any form of femininity I possessed. Curves, I thought, were something to be ashamed of. I can’t believe how far I’ve come. I spent almost 20 years of my life worrying daily about my weight – nit-picking all my flaws, believing my body to be grotesque, and feeling utterly convinced with every fibre of my being that I was morbidly obese. My longing to be thin took over my life.

Before I was 11, I’d never paid much attention to my body. A comment from a friend probably marked the start of my battles with myself – she said she wished she wasn’t “fat”, and that I was lucky because I was “thin”. I didn’t know being thin was enviable. But being called thin made me feel special. Being complimented on my size was a brand-new feeling – and for the first time in a while I felt happy. It made me feel proud. I soon discovered I could plough my anxieties about fitting in and being lonely into controlling what I put in my mouth. At boarding school, and homesick, I would binge on junk food. Plagued by anxiety, stress and self-loathing, I started making myself sick. As a 16-year-old, I was obsessed with being thin. I would look at pictures of supermodels in their underwear and they were so skinny, their hip bones jutted out. I thought they were beautiful. As far as I was concerned, “happiness” meant being “thin”, and being thin was achieved by watching everything you ate. 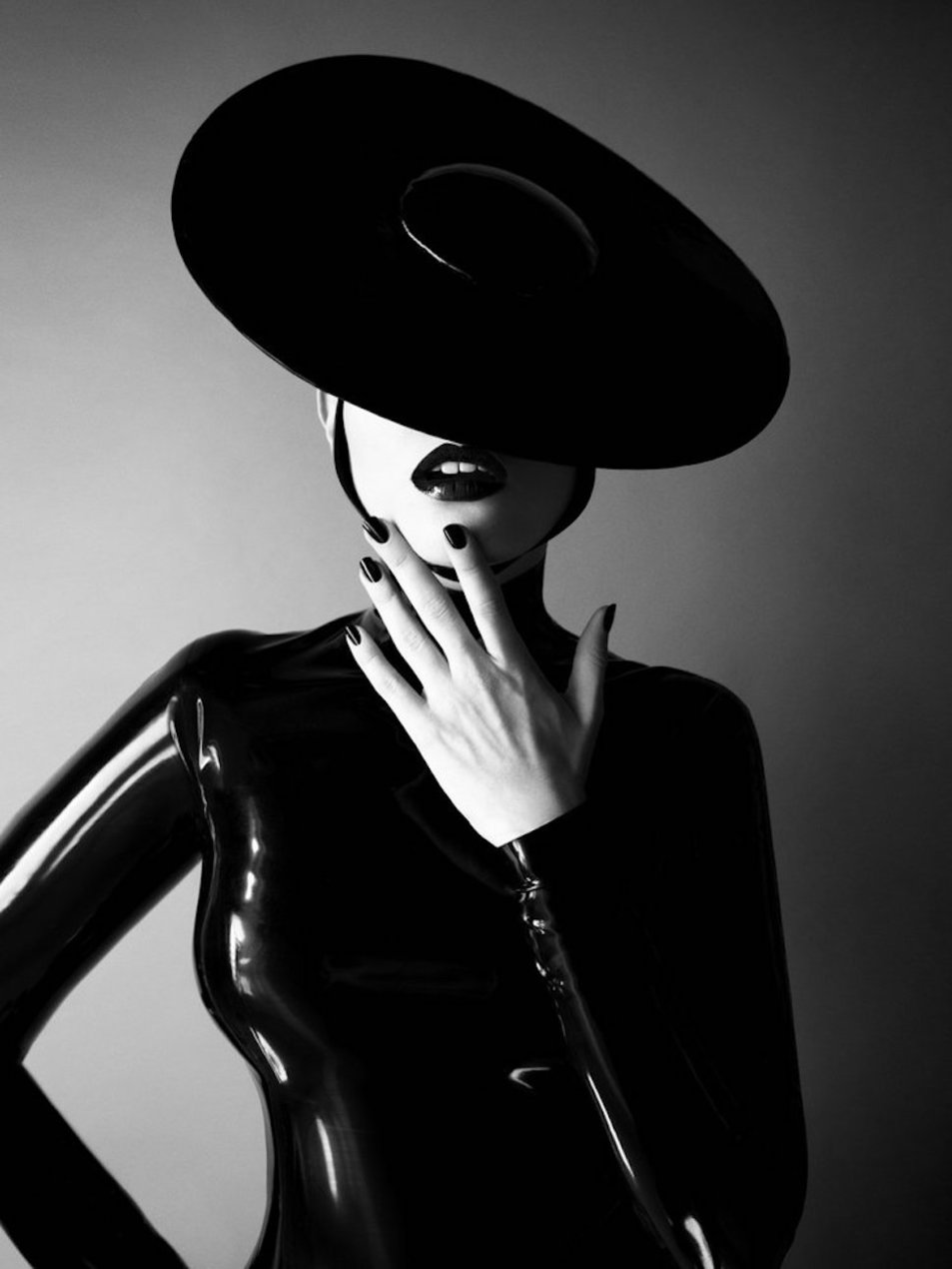 By the time I was 20, I had developed anorexia and bulimia. Eating disorders are complex mental illnesses, and it is too simple to blame fashion magazines, but I was definitely influenced by what I was seeing – I was a teenager in the 00s, at the height of the size zero trend. As seasons went on, the girls got thinner and thinner, and size double zero became popular. When skinny, white women are the only women you see represented in the things you see and read, why wouldn’t you believe that is the ideal?

I dreamt of becoming a model. I truly believed it would make my life better. It would mean I was beautiful. It would mean my body was perfect. The people who had ever doubted me or bullied me or called me “weird” would suddenly want to be my friend. Finally, I’d have a chance of becoming those girls in magazines I’d aspired to be and live the lives they had.

In fact – surprise, surprise – my anorexia and bulimia were exacerbated by modelling. Agencies kept scouting me on the street as a teenager, only to later tell me that I’d be “perfect” if it wasn’t for my hips. They’d tell me to lose weight, and to come back when I’d lost it. When I did get signed by an agency, it was on the understanding that I would get my hip span down from 37 inches to 35, or ideally 34. Getting signed to a modelling agency was supposed to change my life, to make up for the years of insecurities and body image issues, and the feeling that I never truly belonged. I was meant to be perfect, yet I didn’t feel perfect in the slightest. 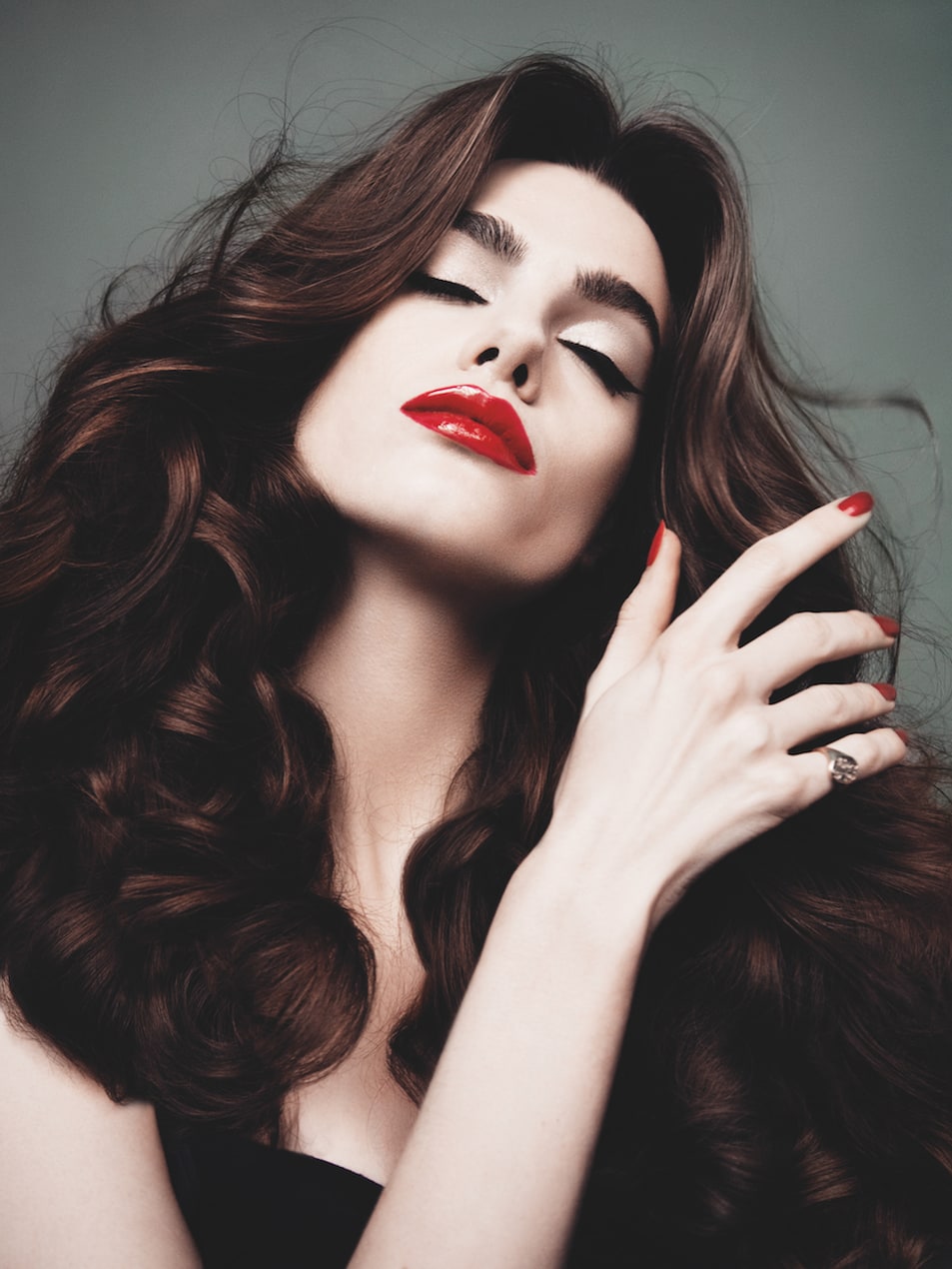 For the next few years, I was told to “tone up” – a euphemism for “lose weight”. Once, I was told to only eat vegetables for breakfast, lunch and dinner. I would obsessively exercise, and even though I had no energy from lack of food, I ran until my legs turned to jelly and my head pounded. On one shoot in Paris, I almost fainted. I hadn’t eaten properly since lunchtime the day before, unless you count two squares of dark chocolate “dinner”. The photographer ran over to me and held me up by the arms while the make-up artist fetched me water.

“Are you OK?” he asked, fanning me with his hands. I smiled meekly, sipping water. “You look great, though,” he said, showing me the screen of the camera. For the first time ever, my chest and collar bones were prominent. Even so, after one job, where I couldn’t fit into a pair of tiny leather trousers, one booker said “You have to lose the inches. This is ridiculous. It’s like you don’t care.”

And then the agency dropped me. I was a size six. I’d never been thinner. To a doctor, I would be underweight. But instead of being devastated I was angry. I wrote a Facebook post on the Tube on the way home. “I will no longer allow you to dictate to me what’s wrong with my looks and what I need to change in order to be ‘beautiful’,” I wrote, addressing the agency but also everyone who had ever made me feel fat or worthless. “I refuse to feel ashamed and upset on a daily basis for not meeting your ridiculous, unattainable beauty standards. My mental and physical health is of more importance than a number on a scale, however much you wish to emphasise this.” 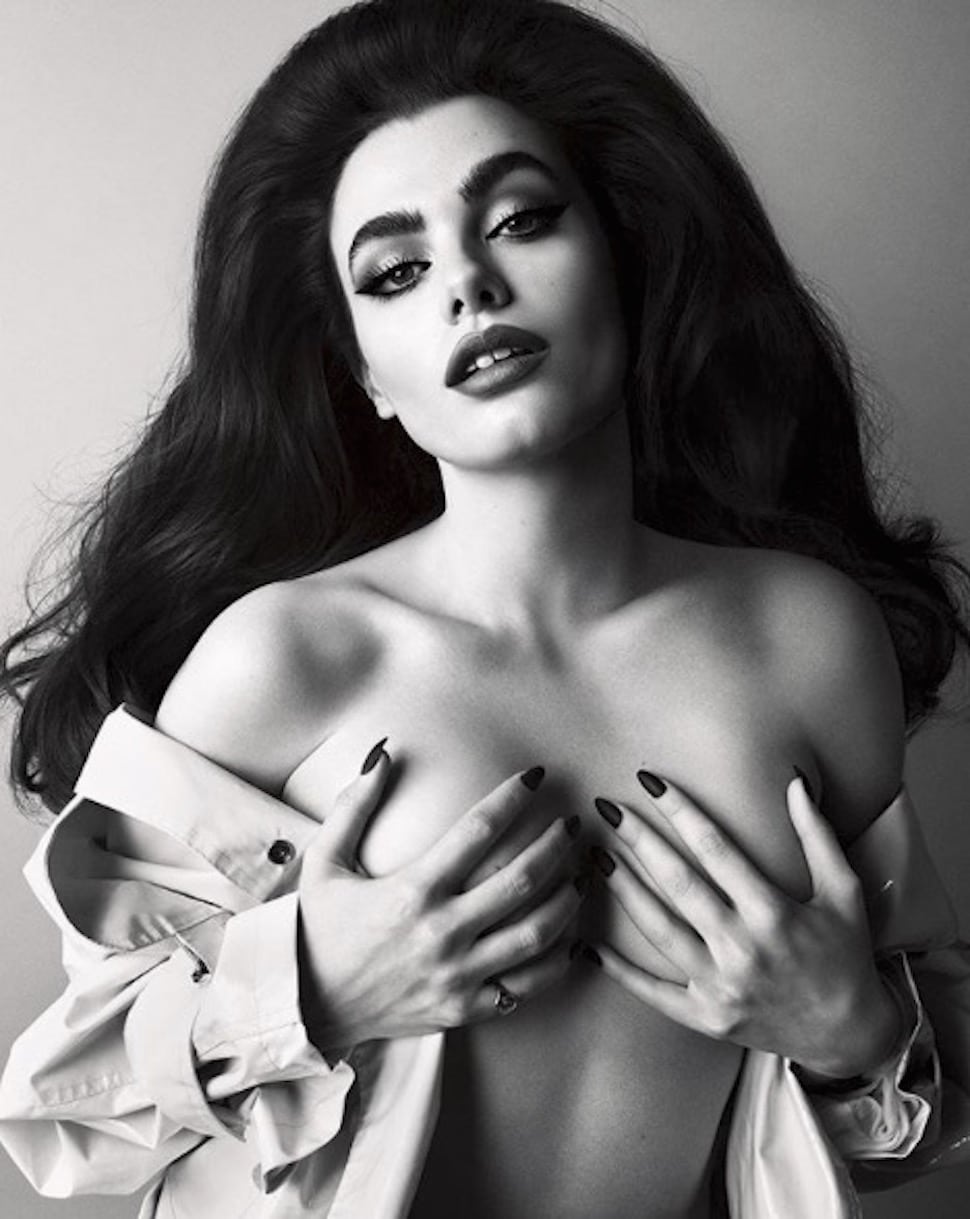 The post went viral and two days later Muse, an agency in New York contacted me and offered me a contract. They never asked me to lose weight or become more toned – they like me as I am. Months later, having moved to New York, I watched intently as the fashion industry began taking notice of curvier girls. They were landing bigger campaigns and magazine editorials. I was getting better, and had started seeing a therapist specialising in cognitive behavioural therapy to try and make sense of what I’ve been through and why. I was eating more and I’d found my body’s natural, healthy shape.

Although I’m now considered a “plus-size” model in the fashion industry, I find that concept quite peculiar – it makes us sound like we’re an oddity, when most women have cellulite or curves in some way. Plus-size is an industry term, that’s not something I’ve given myself. I’m smaller than most plus-size models – I’m not built that way; I’m also never going to be super skinny. Fashion has been very binary, with only space for the very thin standard models, or larger curve girls. In the 90s, the supermodels had sexy, healthy bodies. They were what, a size 10? Do you think a size 10 model would get that level of work now?

My body didn’t seem to fit in either of the markets but the industry is changing and I’ve been able to represent the girls in the middle, even though I’m still one of only a handful of people trying to show that you can model at this natural size. If I’d seen girls with my shape when I was growing up, in magazines or on TV, my outlook on my body would have been so different. 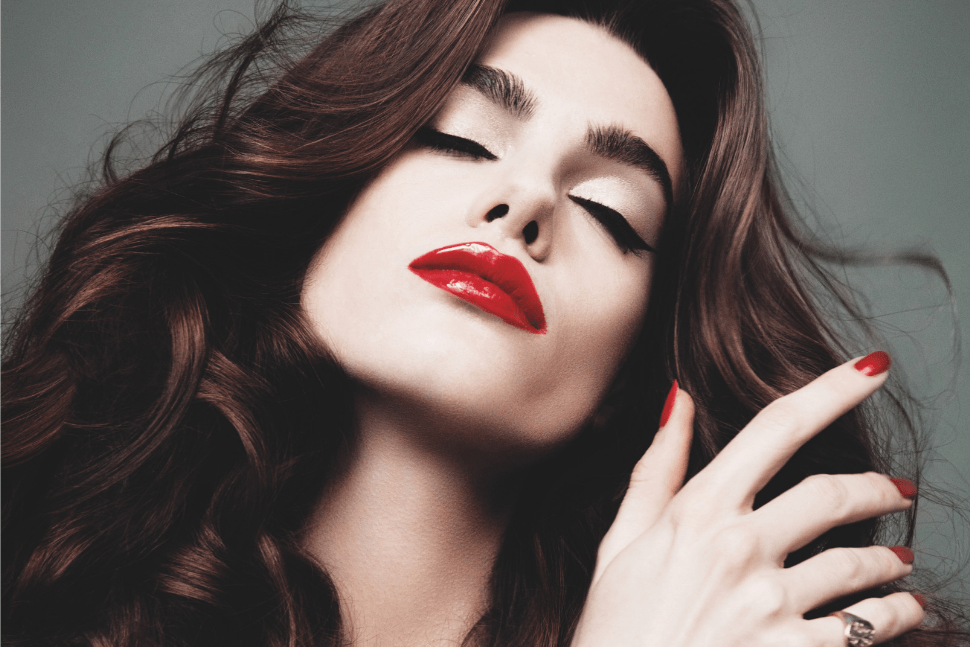 I set up the All Womxn Project with Clémentine Desseaux, another curve model, to celebrate body positivity, diversity, create beautiful images and collaborate with forward-thinking brands. I want the industry to learn from what women and girls like me have been lacking: fair representation. Until then, I’m going to keep fighting for the girls with similar shapes to mine to make sure we’re all featured in magazine and in campaigns, because all female bodies are beautiful.

I’m so excited by how diverse the fashion industry is becoming. Curve models have appeared on runways and magazine covers; I couldn’t imagine that happening just a few years ago. Now our body shapes are everywhere. The industry has changed so much in such little time and it’s been exciting to watch it grow. I really feel we’re going back to a time where fashion caters to us as women, not the other way round. Having boobs and a bum shouldn’t make you less worthy of fashion.

Social media has had a huge impact. Forget being drip-fed the same white, skinny body type over and over – thanks to Instagram, we now have the ability to choose the models we want to see, directly in the palm of our hands. For someone who tried desperately hard to emulate the size zero models and celebrities of the early 00s, Instagram feels like the change people like me, and society, desperately needed – a chance to see real women represented. To see that things like cellulite, stretch marks and tummy rolls are beautiful. I choose positivity, following women who make me feel good on the inside, and who have more to offer than just their appearance. 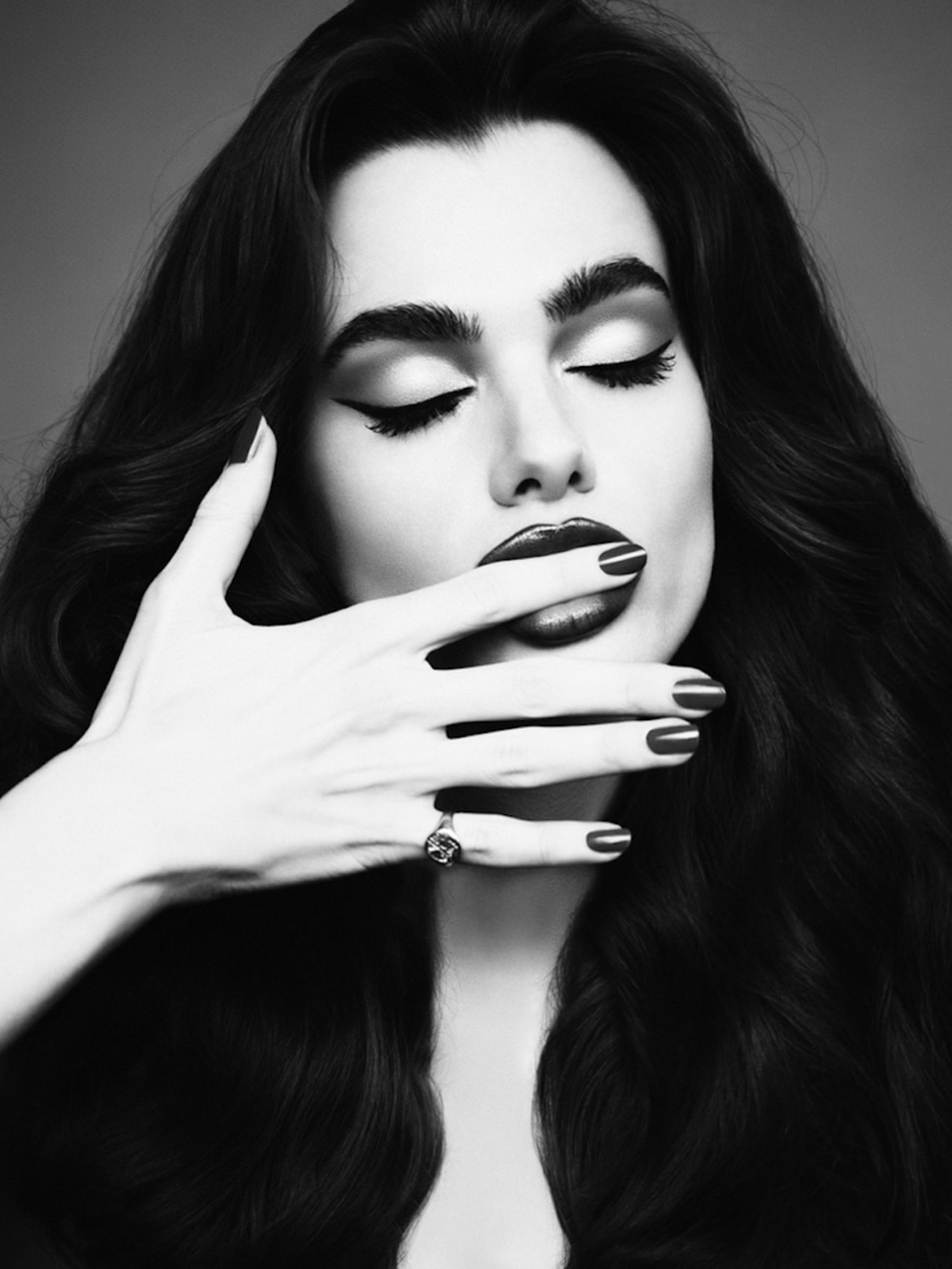 When women come together and put ourselves unashamedly out there, we can create change. Social media has given us a voice, and judging by the diversity we’re starting to see each season, fashion appears to be recognising the importance of representation. The industry needs to stop using the same tall, skinny white girls as a way of seeking fashion. That’s not exciting. It certainly doesn’t reflect the general public, or account for the vast amount of beauty in the world. Models like Winnie Harlow and Ashley Graham are killing it right now, so why are agencies not representing more non-white or curvaceous models? Designers, magazines and model agencies have no option but to listen and cater to us, the consumer, rather than us having to change for them.

I tried to change to fit someone else’s idea of beauty, which is 20 years of my life that I will never get back. Chasing perfection did not make me happy; no matter how much weight I lost, I never reached the happiness I wished for. Losing weight does not equal happiness, and I’m proud to no longer contribute to an industry that makes girls feel that way. Speaking out changed my life and career – when you believe in yourself people are more likely to believe you, and when you have your own image and your own vision, clients can see exactly what they’re getting, which is not just a mannequin.

I have gained a few pounds, but I’ve gained some other things, too, including a massive dose of self-respect. I have embraced my curves, well and truly; I like the things that make me womanly. My body doesn’t disgust me anymore. I love it.

Adapted from Misfit by Charli Howard (Penguin, £12.99) which is available here.

This feature was originally published in the Winter 2018 issue of The Glossary.