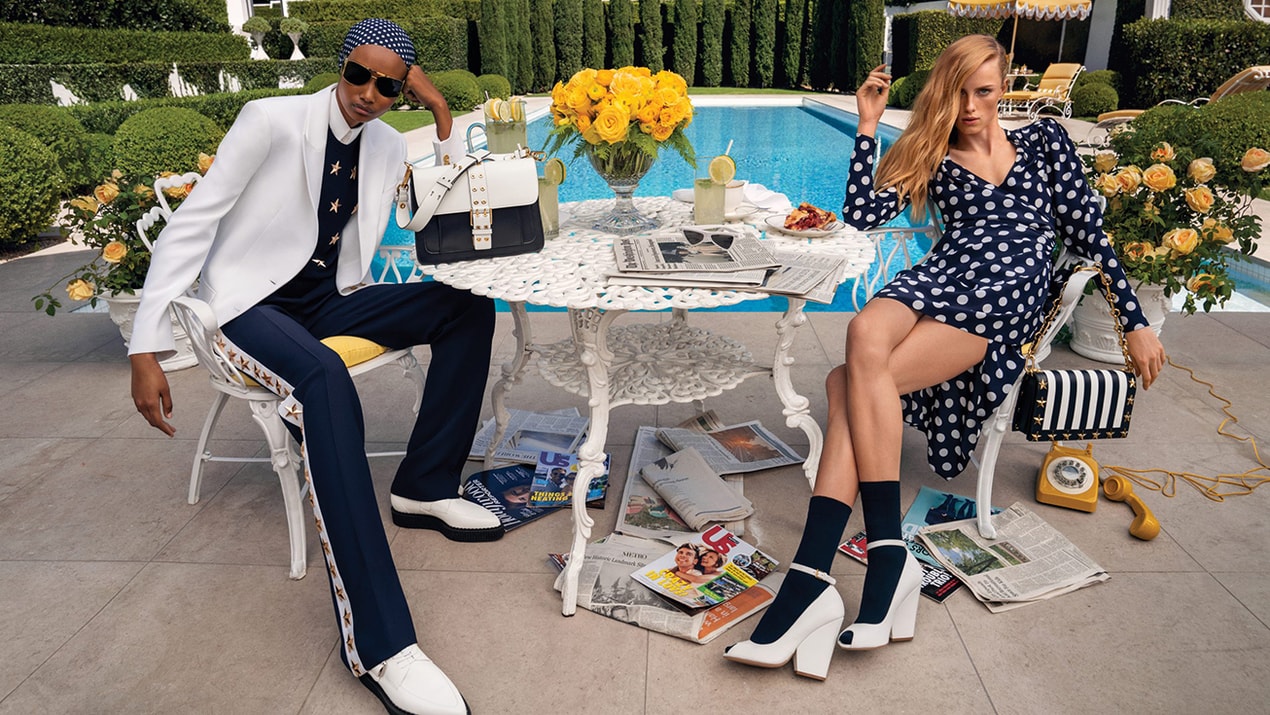 From Louis Vuitton's all-star 1970s sci-fi posters to Michael Kors Collection's take on modern day Hollywood, these are the standout visuals of the season

While many turn to the catwalks for their latest inspiration from their favourite designers, it’s the brand’s fashion campaigns that really set the tone for the aesthetic and ethos of a collection. Often featuring well-known celebrities or fashion muses and shot by world-renowned photographers, they offer an insightful glimpse into the mind of the designer. Here, we’ve rounded up the most striking visuals for the summer season.

Shot by the renowned Dutch photographic duo Inez & Vinoodh, Michael Kors Collection’s latest images ooze retro glamour. Rianne van Rompaey returns as the face of the brand and is joined by model-of-the-moment Ugbad Abdi for the images, which pay homage to some of the most famous photographs of all time, including Terry O’Neill’s iconic image of Faye Dunaway sitting by the Beverly Hills Hotel pool the morning after she won her Best Actress Oscar in 1976.

“My spring/summer collection is a celebration of the best of American style,” said Michael Kors. “The Collection campaign focuses on a mix of ease and glamour that is inherently American”
michaelkors.co.uk

An ode to the beauty and diversity of nature, this campaign was inspired by photographs of Catherine Dior, Christian Dior’s sister, who the fashion house describes as a ‘strong-willed heroine with boundless courage’. Maria Grazia Chiuri channelled that ethos to create elegant silhouettes with models Ruth Bell and Selena Forrest, bringing to life subtle wild flower motifs and embroideries of vegetation on dresses, bags and jackets through the lens of photographer Brigitte Niedermair. The result is fresh, understated and modern.
dior.com

One of this year’s most talked about Pre-Fall fashion campaigns, it was no surprise to see animals featuring heavily in Alessandro Michele’s latest shots – most recently cats, dogs, piglets and chickens have starred in past-season visuals. This time his inspiration came in the form of woodland creatures, with fawns, owls, hedgehogs and even skunks making an appearance alongside models playing on swings and seesaws. Inspired by the innocence of childhood and shot by British photographer Alasdair McLellan, the house describes the campaign as ‘an invitation to enjoy the simple things in life’.
gucci.com 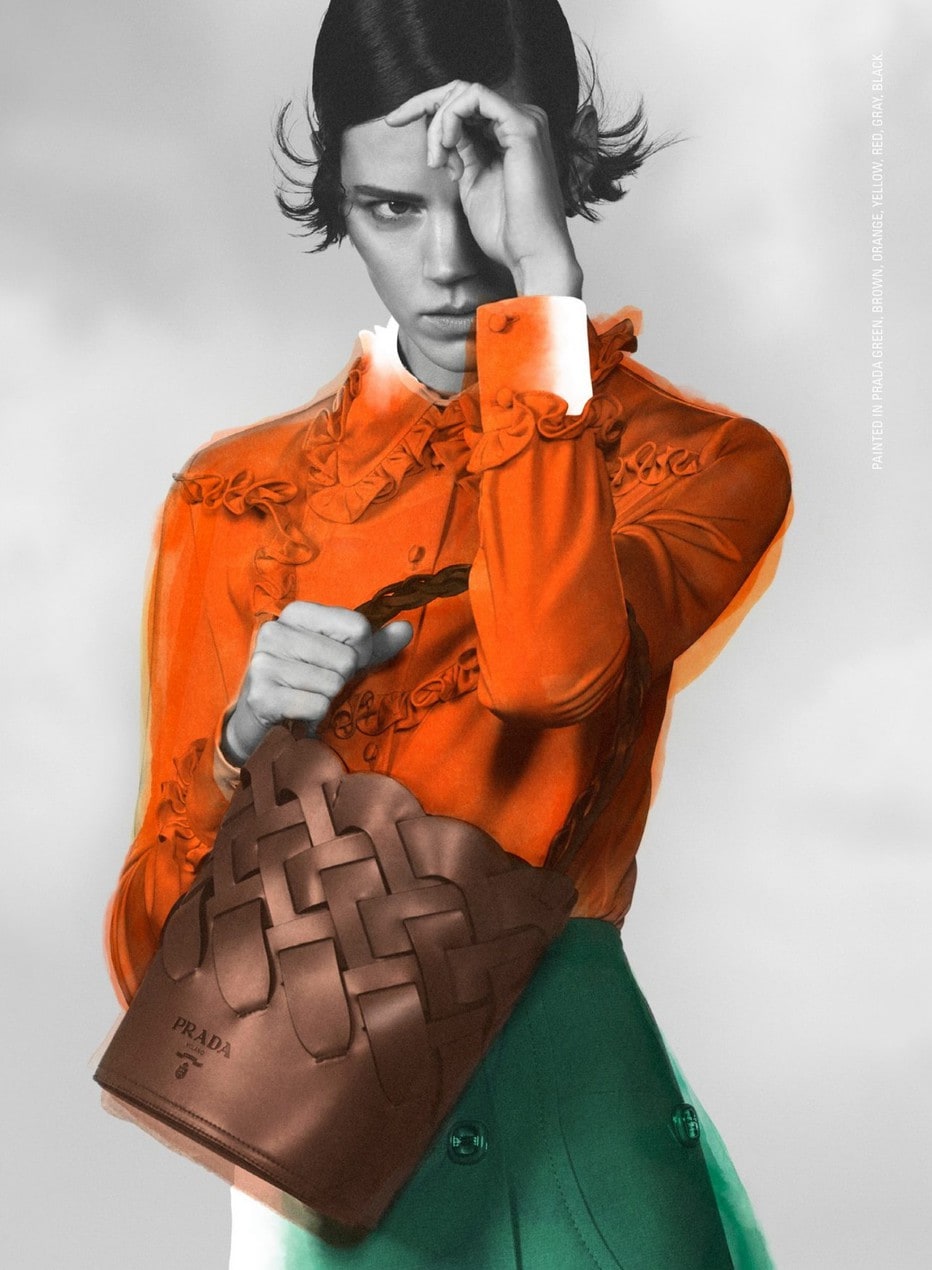 For the images for their Pre-Fall campaign, the Italian fashion house adopted a thoroughly modern approach, which they described as “engineered to react to a changed world, reflecting a fusion of the human hand and eye with technology”. The result is a fascinating blend of the real and the digital, which sees Danish model Freja Beha Erichsen shot in black and white by Brit photographer David Sims, and then painted over with vibrant shades of pink, yellow, orange and blue. The overall effect is a message of positivity and a celebration of the joy of colour.
prada.com 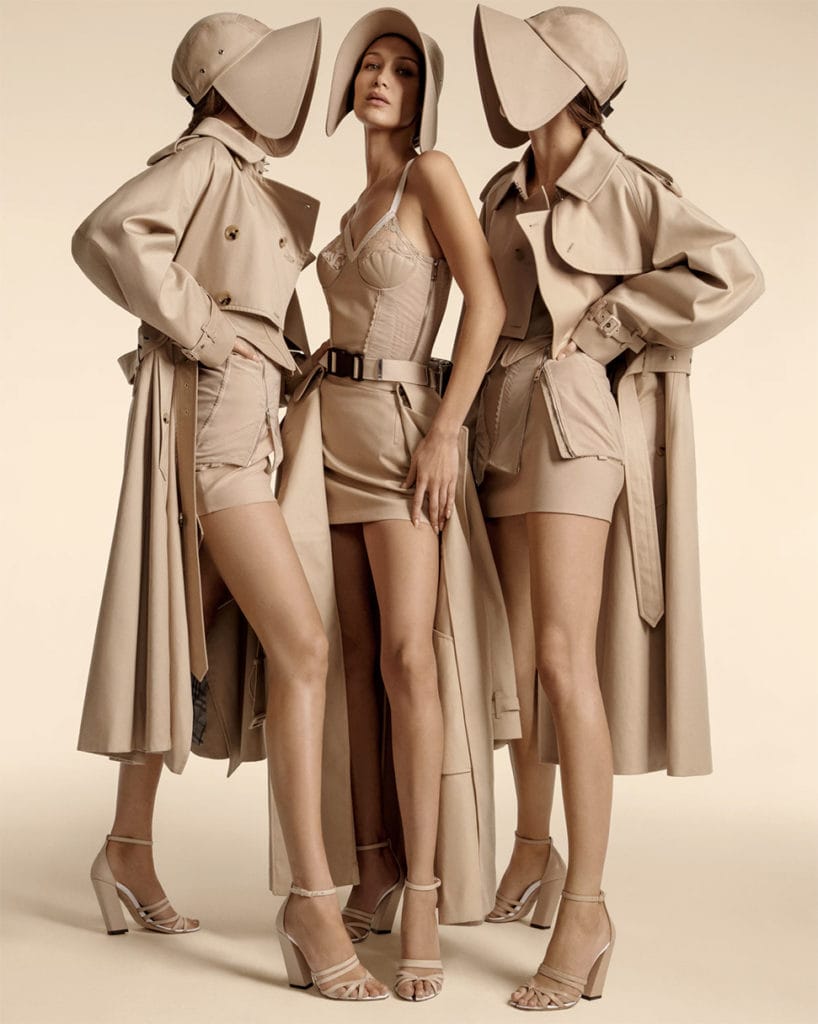 The British fashion house’s Spring/Summer 2020 campaign blends the brand’s traditional past with its forward-thinking future, something we’ve come to expect since Riccardo Tisci took the helm. Set against a beige backdrop that immediately calls to mind the classic Burberry trench, Inez and Vinoodh have shot a cast of Tisci’s favourite models, including Kendall Jenner, Gigi and Bella Hadid,  in tailoring, eveningwear, and of course, some riffs on the trench coat. “I have been working for a few seasons to define a new identity and visual language for this house,” said Tisci in a statement. “This campaign feels like the beginning, and I wanted to celebrate the men and women who represent Burberry. Together they capture the sophistication and attitude at the heart of the house today.”
burberry.com 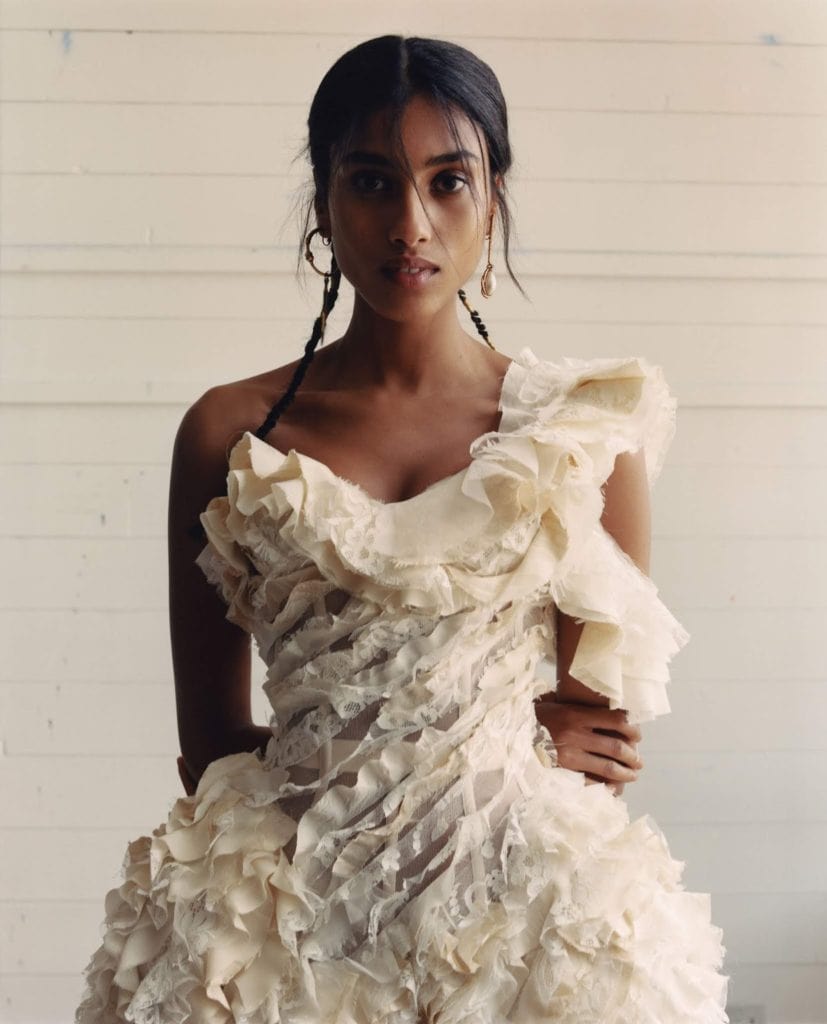 Set in a dilapidated house by the English coast, you can almost feel the crisp sea breeze blowing through McQueen’s Spring/Summer 2020 campaign shots. The whimsically romantic collection, shot by British photographer Jamie Hawkesworth, features lace, organza and tulle upcycled from previous seasons, alongside sharp tailoring and elegant silhouettes. “Each look tells its own story – the connection between the clothes is the time it took to make them,” explained Creative Director Sarah Burton. “I was interested in clarity and paring things down, in the essence of garments – stripping back to the toile.”
alexandermcqueen.com 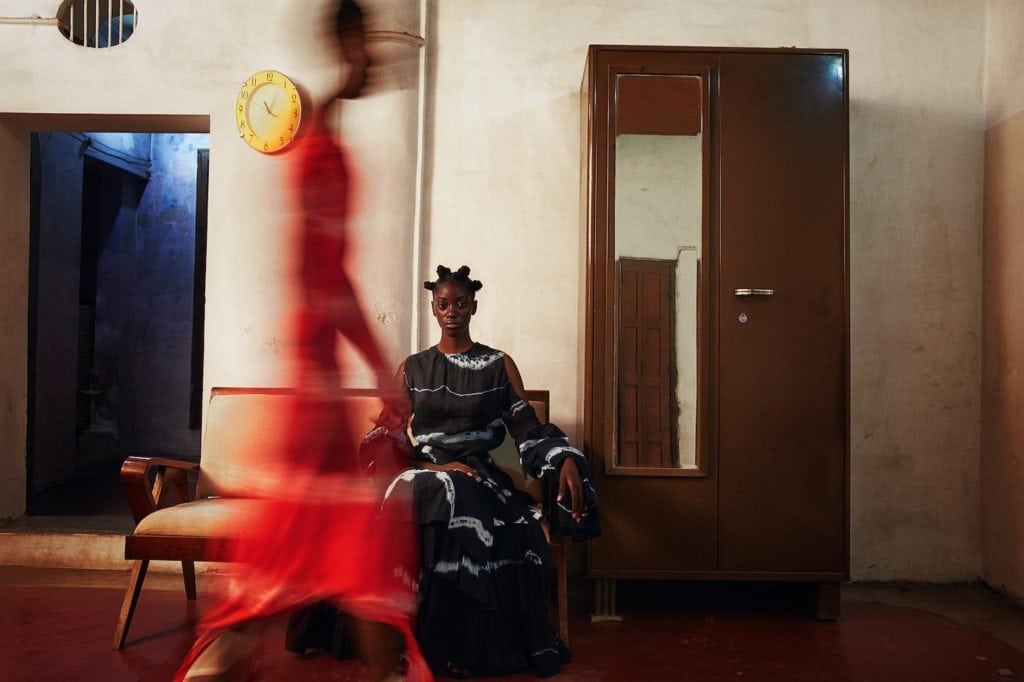 As a reminder of the joy of travel, this colourful campaign for the Spanish fashion house’s ‘Paula’s Ibiza’ collection transports us to the vibrant streets of New Delhi. While Loewe’s Creative Director JW Anderson admitted it wasn’t the ideal time to launch new products when the campaign was first revealed last month, the collection provides vital support for affected communities across the globe, with €40 of each sale donated to socially vulnerable people affected by the pandemic. “This is a project all the craftspeople at Loewe have been loving working on for some time, giving life to objects that are exquisitely lively and optimistic,” explained Anderson. “I thought it might cheer you up.”
loewe.com

After that turn on the runway last year in the iconic green jungle-print chiffon dress that first broke the internet 20 years ago, who else but Jennifer Lopez could front Versace’s Spring/Summer 2020 campaign? The singer takes centre stage in the futuristic, Matrix-style images, shot by famed fashion duo Mert Alas and Marcus Piggott, alongside supermodel Kendall Jenner, designed to show how the internet has blurred the lines in our lives: between the personal and private, fashion and technology, vanity and self-love. “In terms of my career, the Jungle dress really marked a moment in time,” Lopez said. “To me, Versace represents empowerment and putting something beautiful out into the world.”
versace.com

Nicholas Ghesquière celebrates his love for 1970s sci-fi and horror in his latest Pre-Fall 2020 campaign, with a series of inventive images shot by repeat collaborator Collier Schorr, best known for her work blending fantasy and realism. That’s certainly the vision here, as Ghesquière recreates a series of colourful vintage book covers and film posters featuring some of his favourite muses, including Léa Seydoux, Alicia Vikander and Sophie Turner. In each one the star wears a Louis Vuitton look created specifically for the shots, with retro graphic t-shirts paired with sequinned gowns and chunky moon boots twinned with tailored trouser suits and pleated skirts.
louisvuitton.com