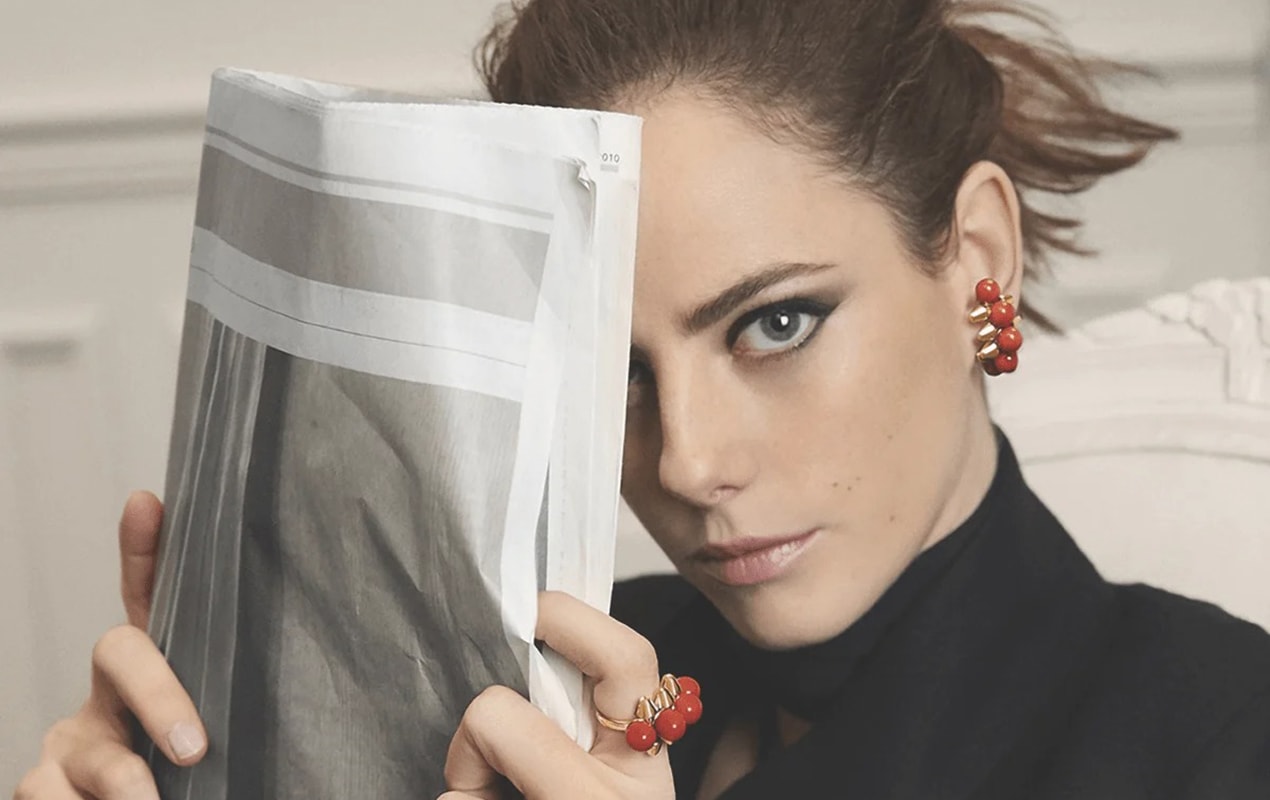 From rebel to romance, discover the allure of Clash de Cartier

The latest line is all about contrasts

Travel back through time with the House of Cartier as The Glossary is invited to discover the intriguing dichotomy of its latest jewellery line, Clash de Cartier.

Love, Juste un Clou, Trinity: the names of these jewellery collections are so synonymous with the house of Cartier that it’s hard to imagine a time when they didn’t exist in the brand’s vernacular. But in April, The Glossary was given a rare, front-row seat to one of those moments when a name becomes enshrined. This was the launch of what is set to be Cartier’s next iconic jewellery collection – an event that only comes around every decade or so.

Clash de Cartier, as its name suggests, is about contrasts. Three historic Cartier motifs punctuate the design of this new eight-piece collection: the stud, the square Clou Carré nail and the bead. Found in archive pieces such as a 40s Boule ring or a studded jade table cigarette box, Cartier has long explored these themes independently. But after three years of experimentation, these subjects have now been merged into a single aesthetic for a design that’s fresh yet rebelliously aristocratic and heirloom.

Tension, after all, is at Clash de Cartier’s heart: the round beads playfully defy the square Clou’s geometry and structure, providing movement that flows through the collection with edge and bite. This itself is a technical feat, achieved by a line of tiny pointed studs that divide each gem and which individually dance on the rose gold collection (from £1,820). Soft but sharp, revolutionary but romantic, Clash is formal yet casual, trendy yet vintage, avant-garde yet classical.

No wonder then that actress Kaya Scodelario, an edgy English rose who captures the line’s duality, has been chosen as a fitting front-woman for the new collection. Alongside the solid rose gold collection, there are also three limited-edition coral designs (from £9,500), set with 100 per cent natural coral beads. A ring, bracelet and earring ooze volume and dimensionality, with their earth- toned beads punctuated on either side by polished rose gold studs. But it’s the earring which truly embodies Clash: coolly sold as a single, it doubles as either a classic earing or rests higher as an ear cuff.

Afterwards, guests saw performances from Christine and the Queens, Billy Idol and 2 Many DJs under the former prison’s dramatic arches. The celebration of opposites continued the following day at the Place Vendôme, with more mash-ups between Beth Ditto and Marisa Berenson, and food from New York’s Ghetto Gastro, a culinary pop-up with a hip-hop Bronx vibe.

If the opposites-attract theme felt overegged, it was only because Clash de Cartier is channelling the spirit of today’s modern and multifaceted woman. One who is feminine but fierce, independent yet free spirited, driven but curious and open to the world. In essence, a super-cool clash of attitudes.