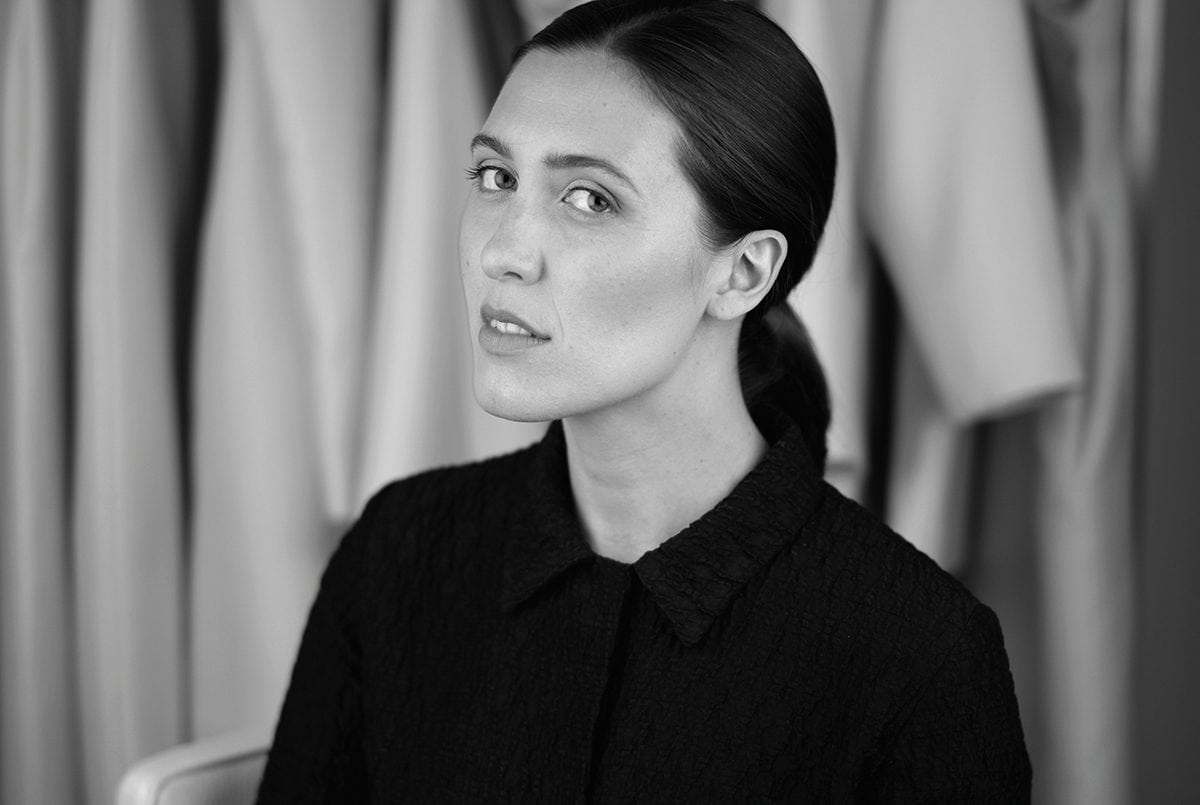 In the archive: Emilia Wickstead’s secret to dressing modern women

The strategy behind her signature aesthetic

She’s the designer whose graceful silhouettes have won legions of fans, from Kate Middleton to Samantha Cameron. In this interview from summer 2017, Emilia Wickstead breaks down the strategy behind her celebrated style.

If you find yourself browsing the rails in Emilia Wickstead’s Sloane Street store, don’t be surprised if you’re served by the woman herself. Wickstead, the London Fashion Week designer and outfitter of celebrities, loves nothing more than working in her eponymous boutique. “At least once a month I spend a day here to serve clients and learn what is selling well or if there are any problems with garments,” she says. “It’s great when they don’t know who I am. I take what I learn and think about it when I am designing.”

Such a personal approach perhaps explains how Wickstead’s label remains, nearly 10 years after she started it in her London apartment, resolutely female-friendly. With an aesthetic that puts dressing up centre stage, it’s never for the male gaze. Beginning with made-to-measure in 2008, when Wickstead was 25, and debuted at London Fashion Week four years later, her designs have always recalled a mid-century style. They are graceful, feminine, modest and pretty. If the word wasn’t outmoded, you might even call them ladylike. But they are also practical – most come with sleeves, few have high hemlines. They’re the kind of clothes that have an impact yet also discretion.

No wonder the likes of Kate Middleton and Samantha Cameron are regular clients. Cameron wore Emilia Wickstead for her first appearance with her husband in Downing Street, while the Duchess of Cambridge has chosen her designs for public appearances ranging from the Queen’s garden party to a visit to Luxembourg. Wickstead has been worn on the red carpet, too, by starlets including Elizabeth Banks, Brie Larson and Guardian of the Galaxy’s Laura Haddock.

While she demurs from talking about the Duchess, 34-year-old Wickstead says the impact celebrities have is undeniable. “Samantha’s dress was one of the first designs I did,” she says. “I made it at home on the living room floor and then suddenly it was in the papers and on the news. It’s incredible.” Increasingly, however, social media is keeping pace with celebrity for a boost in sales. The Fede dress, a pretty, frilled-sleeve design posted on the brand’s Instagram account, swiftly sold out. 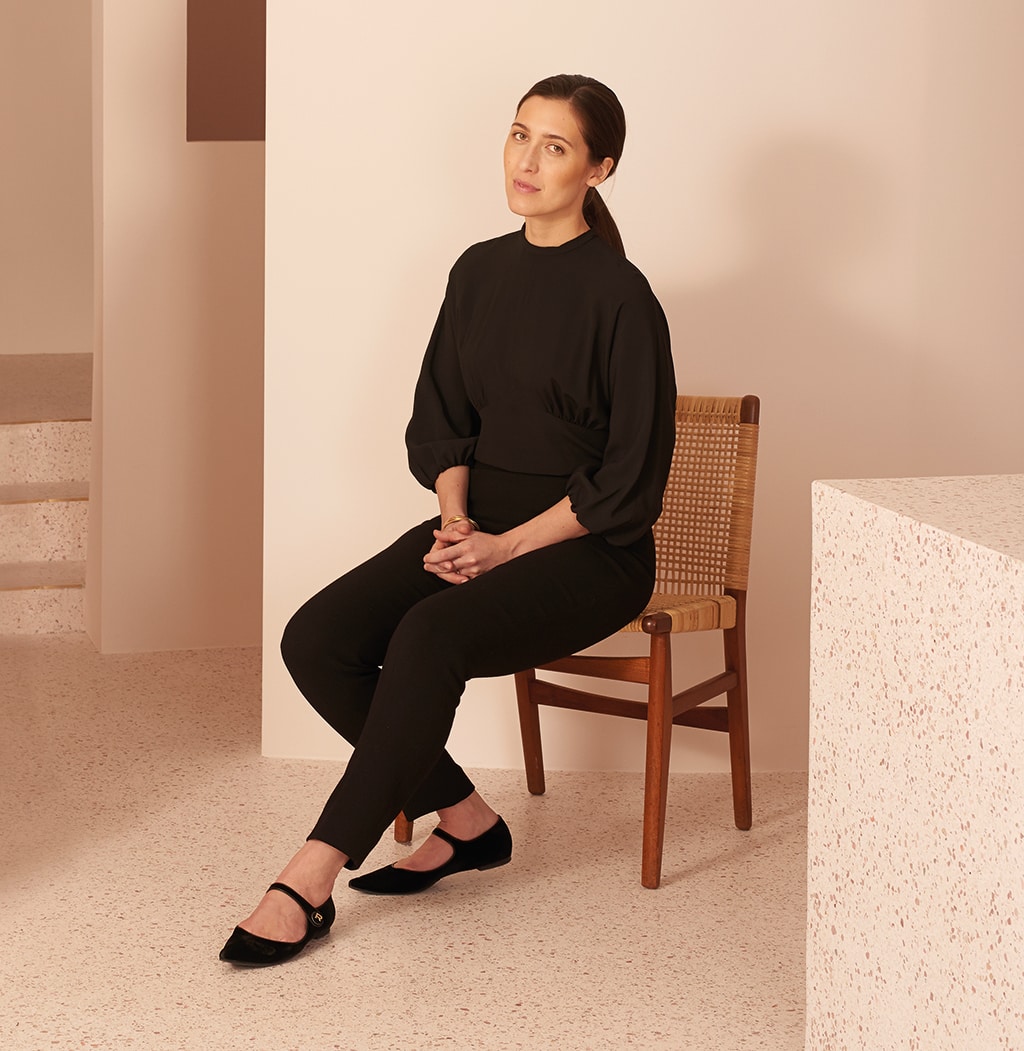 Part of Wickstead’s success comes from a strong design identity. She says her aesthetic “mixes tradition but makes it for the modern woman. There’s an architectural line but enough detail to make it not purely commercial.” Wickstead is too street smart for a mentor, but she admires Raf Simons. “At Dior he knew not to over-experiment,” she says. “He used the tradition in the archive but gave a modern twist to it. That is something I have been doing since I started.”

It was almost written in the stars that Wickstead would become a designer. She grew up the daughter of a dressmaker mother in New Zealand, moving to Milan as a teenager. She describes the Italian capital as “enlightening, because everyone dresses up all the time”, and credits her art teacher Dennis Cooper, “who would sit with me for hours and talk to me about fashion”. It was in London, however, where she felt most at home. “I first came here when I was younger because my aunty lived in London,” she says. “I remember being in Notting Hill and Shepherd’s Bush and being enchanted by the stores. I felt like you could be who you wanted to be here.”

Central Saint Martins – the alma mater of Alexander McQueen, Christopher Kane and Roksanda Ilincic – came calling. After studying design and marketing there, she worked for Giorgio Armani, Proenza Schouler and Narciso Rodriguez, and interned for American Vogue. Her own brand, however, was always the dream. “I don’t know if it is because I was an only child,” she reflects, “but I always had a strong belief in what I wanted to do.”

Wickstead is unapologetically commercial. She says she wanted “to make money and build a business. Maybe my mother installed that in me.” The designer certainly has a chutzpah of a young entrepreneur – early in her career, she phoned Vogue pretending to her own assistant, making one of the team look at her website. The stunt earned her a half-page in the magazine.

Wickstead also isn’t afraid of asking for help from those closest to her. Her husband Daniel Gargiulo ran the accounts until they appointed a CEO, and her mother worked as her pattern cutter in the beginning – but she now has other duties, as a grandmother. Wickstead has two children under four and says her family life is key to her feeling that London is her spiritual home. “My children are British. You learn when you’re bringing up children here that there’s a wonderful community spirit,” she says. “My perfect London day would involve the sun shining and I would be sitting in one of the garden squares.”

Established on the global stage, selling everywhere from the UK to Switzerland and Qatar, with jewellery and shoes also available, it’s time for next steps. Would she ever want to design for a house, à la Simons? The silence says it all. “Ye-e-ss,” says Wickstead finally. While she could no doubt get her teeth into a heritage brand – a Lanvin, perhaps, or a Schiaparelli – she is not the type to spill the beans. Instead she simply says, “I would love to work with an archive”. Going on the Wickstead story so far, you’d say it’s only a matter of time.

Favourite restaurant: The Parlour
They have an incredible menu. I love the turquoise dining room, which feels like you could be in someone’s house.
5 Regent Street, Kensal Green, NW10, parlourkensal.com

Best bar: The Ladder Shed
The Ladder Shed at the Chiltern Firehouse for cocktails. This is my home away from home. I love the interior design and, of course, the Emilia Wickstead uniforms.
1 Chiltern St, Marylebone, W1, chilternfirehouse.com

Hidden gem: Primose Hill
It’s not exactly hidden but when my husband and I first started dating we used to go to Primrose Hill; now we take the kids. It has always felt like a different bit of London.
royalparks.org.uk

Top shop: Moda Operandi
Moda Operandi always has the most amazing things. It’s also where I found the interior designer for my store – Fran Hickman.
modaoperandi.com

A version of this interview was originally published in the Summer 2017 edition of The Glossary.