Diana Vreeland was many things: 20th century icon, tastemaker, doyenne of high fashion. An editor at both Harper’s Bazaar and Vogue, she was the final word on style – indeed, she became as famous for her bon mots as for her savoir-faire. Now, a new book brings together Vreeland’s most incisive quotes, all of which depict her clear leadership, vision and timeless wit, accompanied by illustrations by acclaimed artist and designer Luke Edward Hall. 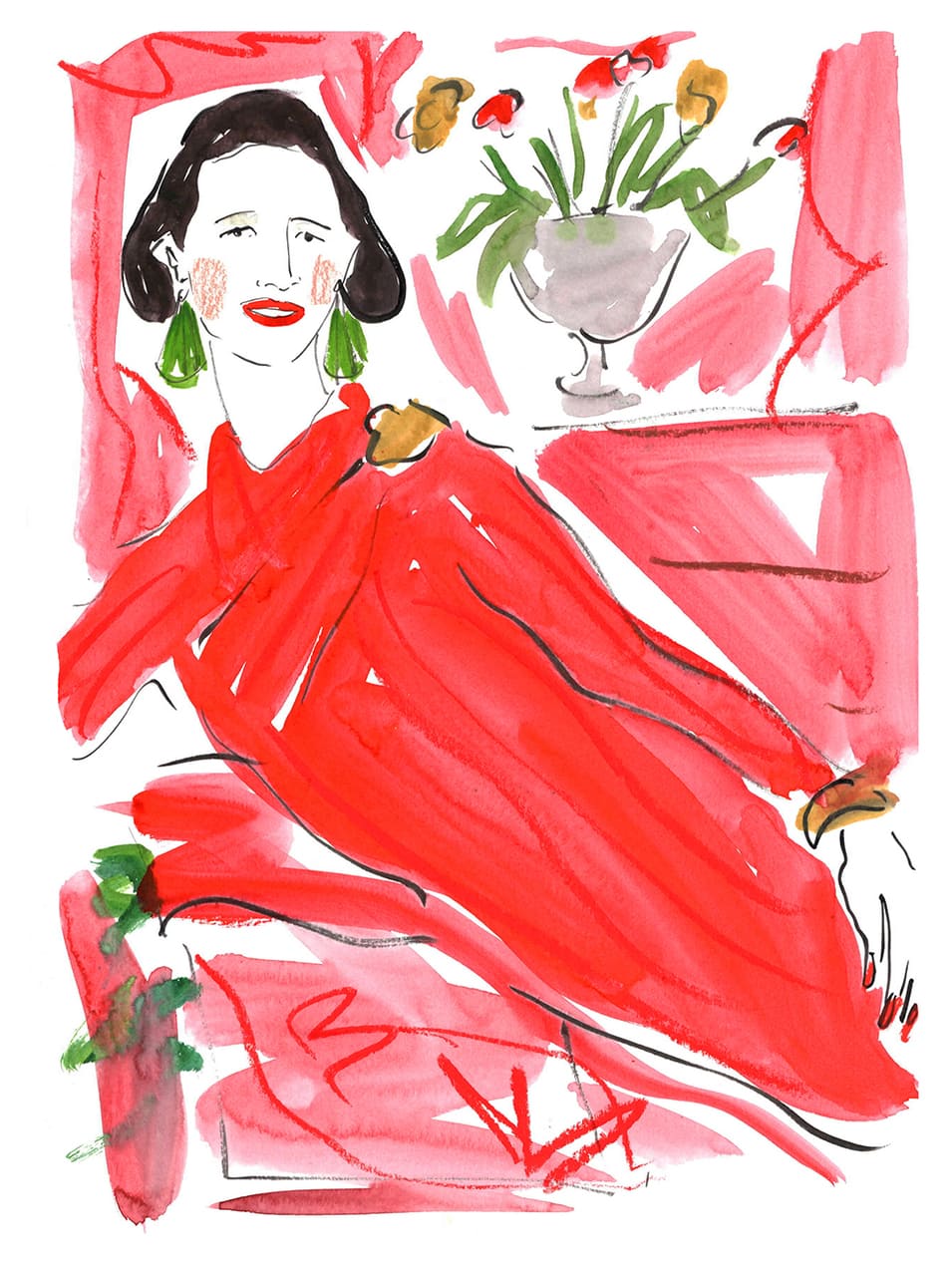 As the “empress of fashion”, renowned for her innate sense of style and flair, Vreeland launched many iconic careers – Lauren Bacall, Anjelica Huston, Edie Sedgewick and Twiggy, to name but a few – and established countless trends. But Vreeland was as famous for her witty aphorisms and insightful edicts as she was for her knack of predicting the next big thing.

Never one to hold back, she opined on every facet of life – and though her observations were always sharply astute, they were never spoken with malice. “A little bad taste is like a nice splash of paprika. And we all need a splash of bad taste. No taste is what I am against,” she once said. 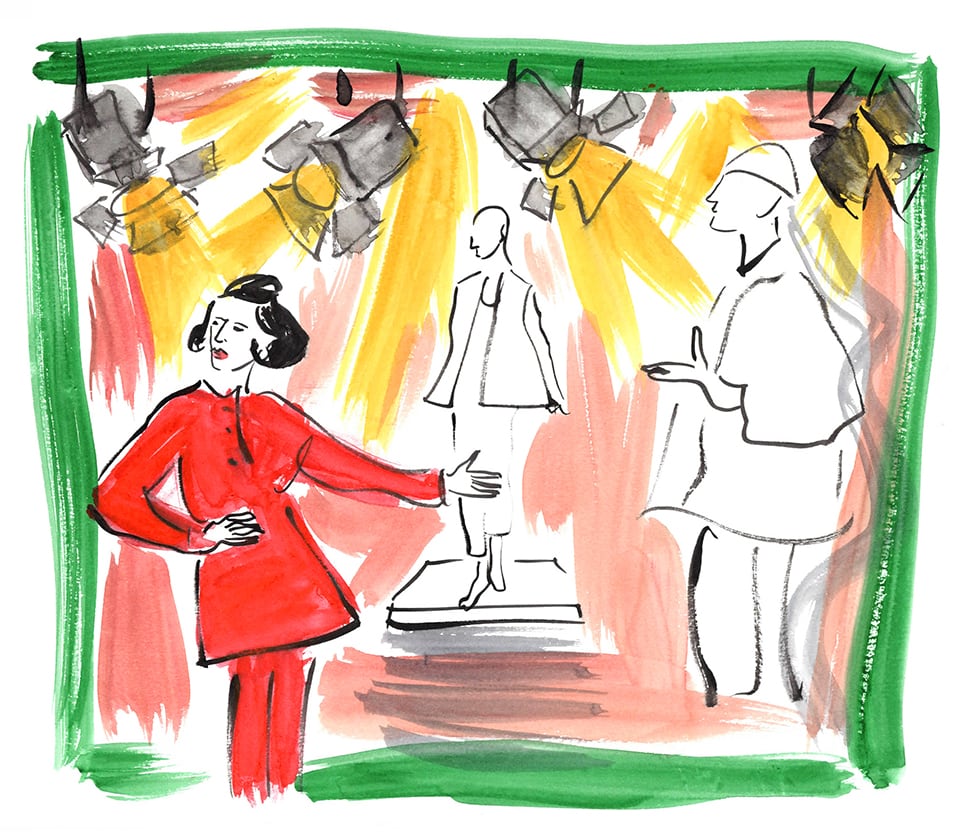 Creative thinking and originality were of deep importance to Vreeland. “I think it’s a great mistake to cater to popularity. Where’s the style in it?” she surmised.

“I believe in the rare, the extravagant, the utmost of everything. I don’t believe in the middle of the road because I don’t think it’s good company. I think if you live in a rarefied, marvelous atmosphere, you’re happier.”

Though, of course, Vreeland’s forte was style (“Style – all who have it share one thing: originality”) and fashion (“I think fashion must be the most intoxicating release from the banality of the world”). 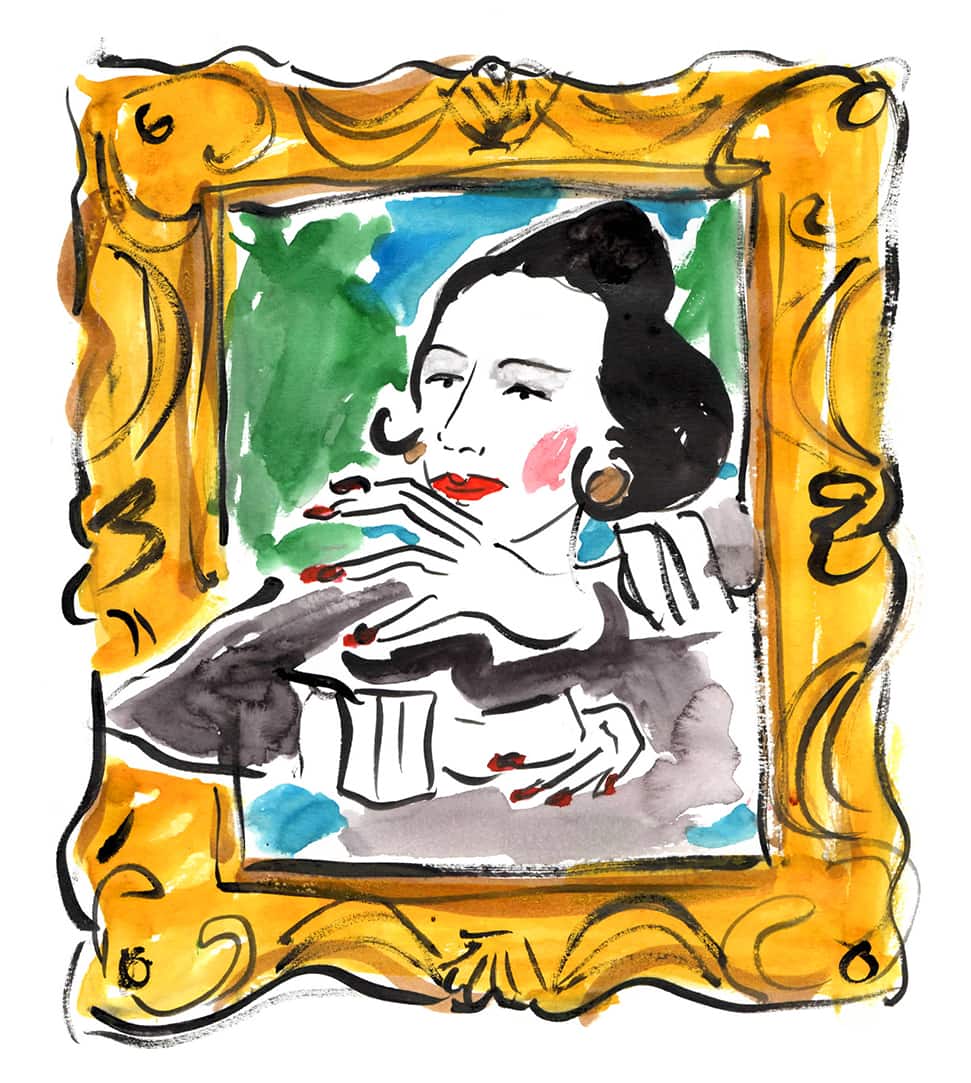 It was a topic about which she had opinions on everything, from designers (“People would tell me fashion started in the streets, and I would say I saw it first at Balenciaga”) and colour (“I adore pink. I love the pale Persian pinks of the little carnations of Provence, Schiaparelli’s pink, the pink of the Incas. And though it’s so vieux jeu I can hardly bear to repeat it — pink is the navy blue of India”), to shoes (“A pair of shoes should be kept as if they were diamonds”), dresses (“I mean, a new dress doesn’t get you anywhere; it’s the life you’re living in the dress”) and leopard print (“The world without a leopard! I mean, who would want to be here?”).

Beauty, too, was on her radar – “Extravagance is everything in a scent”. While of age, she would say:

“You have to keep up with the times. You have to be interested in what’s happening, in what is contemporary, in order to keep life meaningful and exciting. Living in the past is the quickest way to age.”

Her friends and contemporaries also found themselves the subject of her observations: “Coco Chanel had the expression of a baby bull dressed as a Prussian sailor”.

These are just a few of Vreeland’s inspirational musings that have been collated by her grandson Alexander Vreeland in a new book, Diana Vreeland Bon Mots: Words of Wisdom from the Empress of Fashion, all beautifully brought to life with illustrations by the London-based artist and designer Luke Edward Hall. 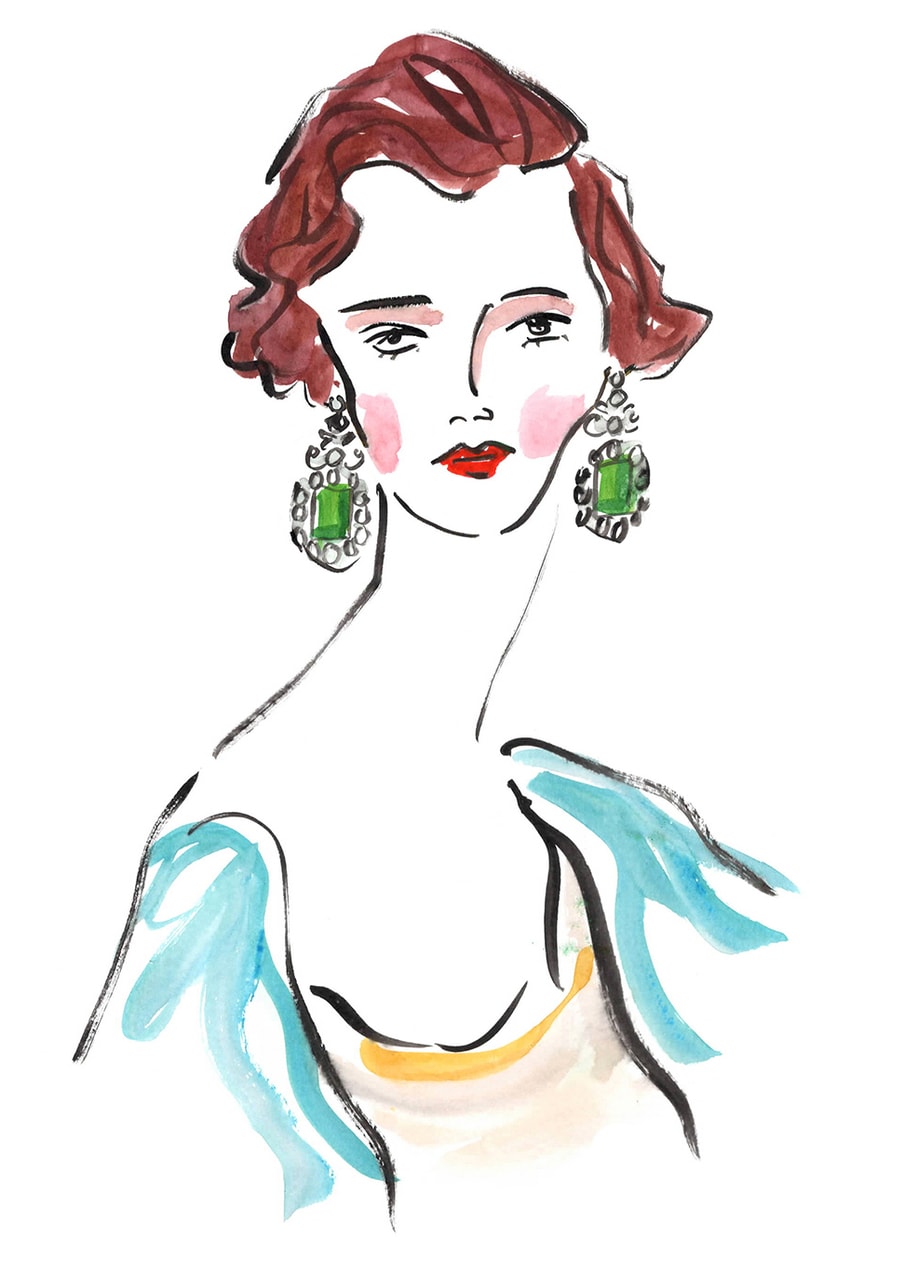 Alexander, who is the president of the Diana Vreeland Estate and author of Diana Vreeland Memos and Diana Vreeland: The Modern Woman, compiled the quotes from hours of research, scouring his grandmother’s files, including those in the archives at the Met, Condé Nast and the New York Public Library, as well as trawling through drafts of her books (she wrote many) and tapes.

The resulting publication is a true celebration of Vreeland, whom many consider one of the most influential women of the 20th century and whose words of wisdom show vision and timeless wit, as relevant to us today as they were then. 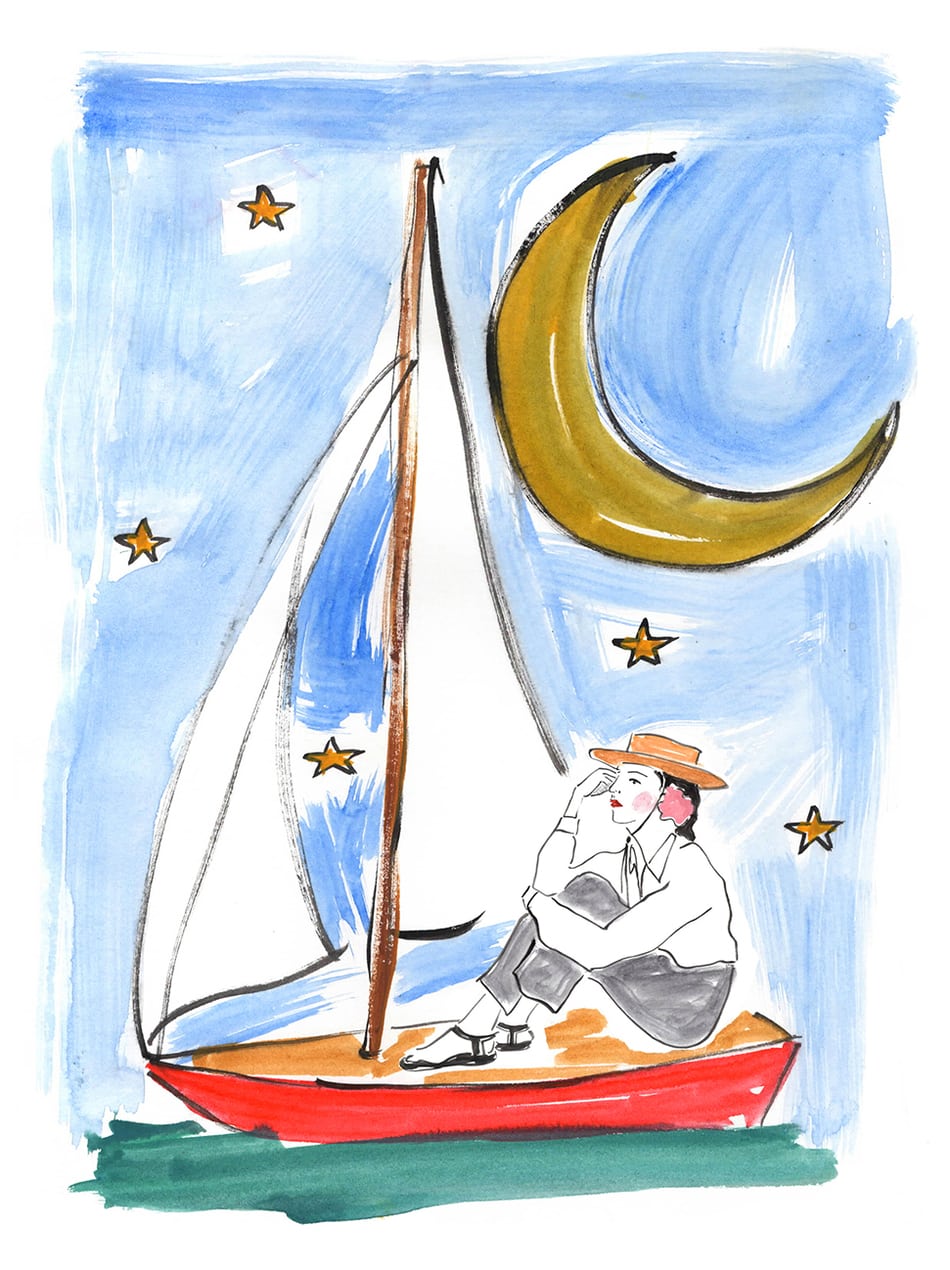 “Over the years, I’ve met many people who have told me their lives were significantly affected by my grandmother. I’ve come to the conclusion that it is her words that resonate with them,” Alexander has written in the foreword.

“This book is a compilation of some of my favorite sentences and passages that she ever said and wrote… The quotes in this book contain essential wisdom and insight into how to live.”
Diana Vreeland Bon Mots: Words of Wisdom from the Empress of Fashion (£27.50, Rizzoli New York)
waterstones.com

All illustrations by Luke Edward Hall