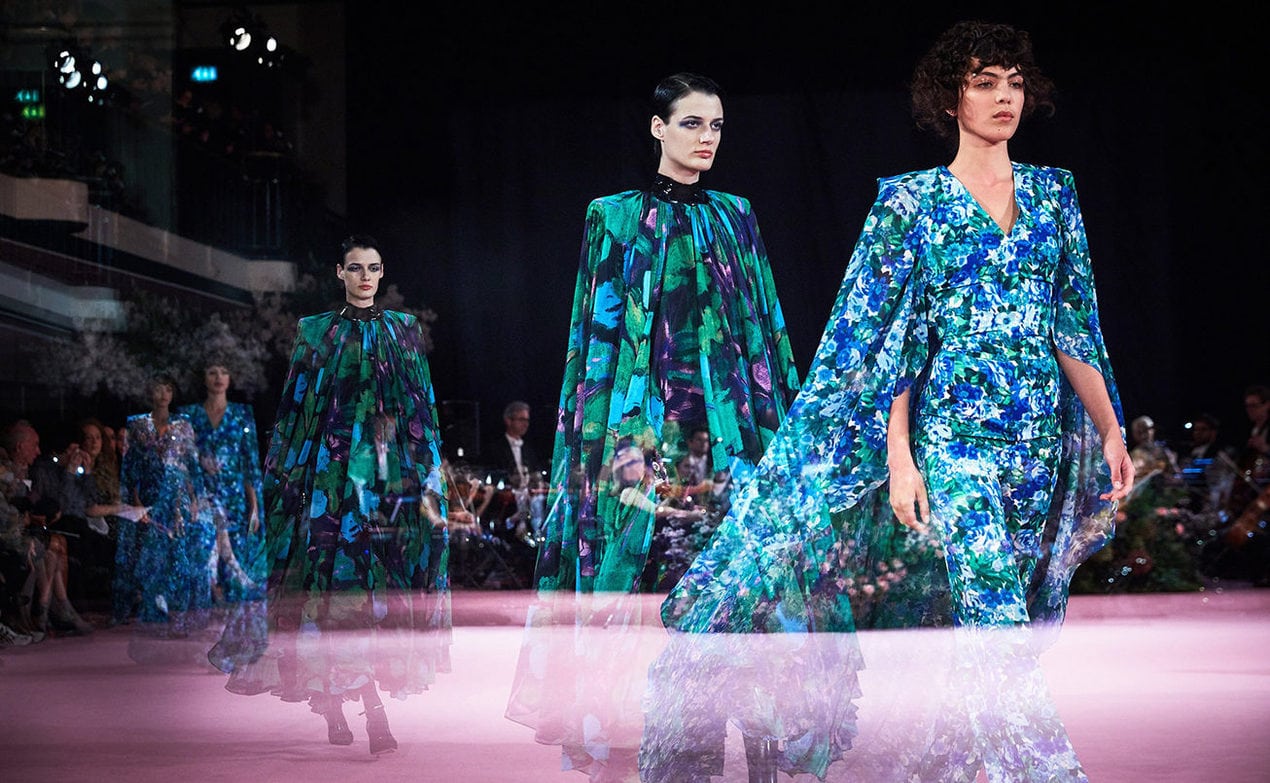 The fashion pop ups to hit during London Fashion Week

Think of fashion shows and you often think of exclusivity, reserved for only the most important of industry insiders. But now, London Fashion Week and its brands are ushering in a new era of behind-the-scenes access to the capital’s previously out-of-reach fashion scene. We’ve rounded up the unmissable pop-ups to attend this season.

Historically reserved for fashion’s elite industry insiders, access to Fashion Week events in the four major cities is notoriously hard to come by. However, at the first London Fashion Week instalment of the new decade, held between 14-18 February, doors will be opened to the public like never before.

In a bid to reach new audiences, the British Fashion Council announced in September 2019 that London Fashion Week would be the first of the four global fashion weeks to offer an inclusive and dynamic programme aimed at a public audience. When London Fashion Week returns this season, it will see the immersive public experiences of last season increase tenfold as the British Fashion Council announced that the LFW Autumn/Winter 2020 season will be a ‘City Wide Celebration’ centred around a core theme of Positive Fashion.

Whilst the majority of runway action is still by invitation only, you needn’t be a fashion editor to get a taste of the biannual fashion frenzy. As ever, fashion shows will be live streamed on social media and brand websites, but there will also be a number of open events on the schedule aimed at encouraging new audiences and communities to get involved with the public shows.

From exclusive talks to creative workshops, London Fashion Week this season comes with a backstage pass to some of Britain’s most exclusive brands. 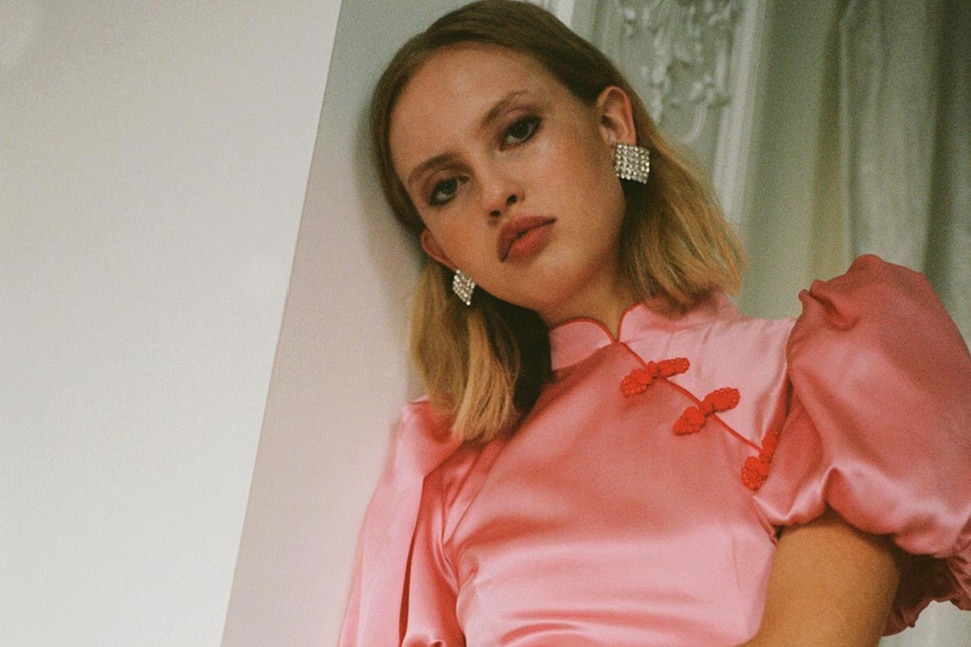 Want to get up close and personal with fashion at it’s finest? Two of the capital’s most sought-after brands, Temperley and De La Vali, will be opening the doors to the public at London Fashion Week. The brands will be showcasing their Autumn/Winter 2020 collections over four time slots throughout the weekend (Temperley on Saturday, De La Vali on Sunday).

Alice Temperley’s eponymous label is a firm favourite of the likes of the Duchess of Cambridge, Kiera Knightly and Alexis Bledel, with its modern take on British bohemia. De La Vali, on the other hand, draws from its Ibizan roots with bold prints and vibrant hues and the now London-based brand has become a go-to label for Kendall Jenner to Dua Lipa.

Tickets also include entrance to the British Fashion Council’s #PositiveFashion Designer Exhibition, showcasing ‘the creative work of progressive designers explores the most compelling stories around sustainability, community and ethics.’

Mulberry Made to Last 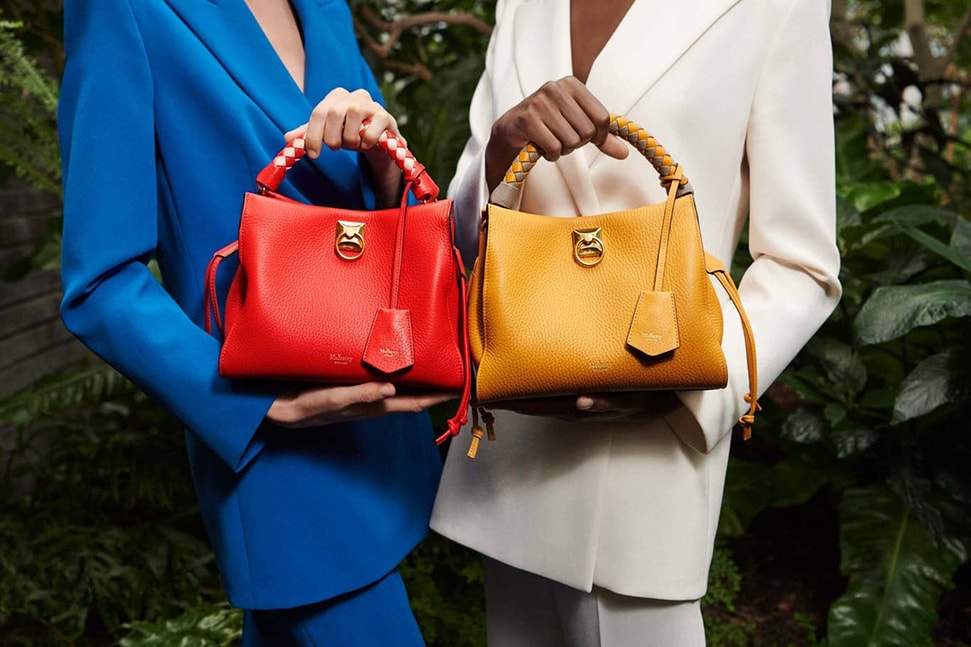 As part of its ongoing commitment to sustainability, innovation and change, heritage brand Mulberry is inviting showgoers behind the scenes with an exclusive three-day pop up for London Fashion Week. Watch the brand’s highly skilled craftspeople creating the 100 percent sustainable Portobello bag in real time and purchase one of the limited-edition totes straight off the carbon-neutral production line; bring your old Mulberry bag to swap as part of the brand’s new exchange programme or browse the selection of pre-restored bags; and try the signature Mulberry pastry with a locally roasted coffee at the pop up café from cult East London eatery Pophams.

From hands-on leather bracelet-making workshops with the brand’s top craftspeople, to an exclusive line up of talks from industry leaders including creative director Johnny Coca, the immersive installation brings Mulberry’s sustainable ethos to life.

Fashion Illustrations by Jessica Bird at the London Edition

Who needs to be captured by a street style photographer when you can take away a one-of-a-kind portrait by a renowned fashion illustrator this Fashion Week? Scottish-born, London-based illustrator Jessica Bird has captured the vibrant looks of a multitude of brands including Maje, Delpozo, Matches Fashion. Backstage and off the runway, her signature chalk, pastel and charcoal live drawings make the collections come alive. The esteemed artist is returning to London Fashion Week once again to set up shop in the London Edition’s Lobby Bar where she will create individual 15-minute fashion illustrations on a first-come-first-served basis. 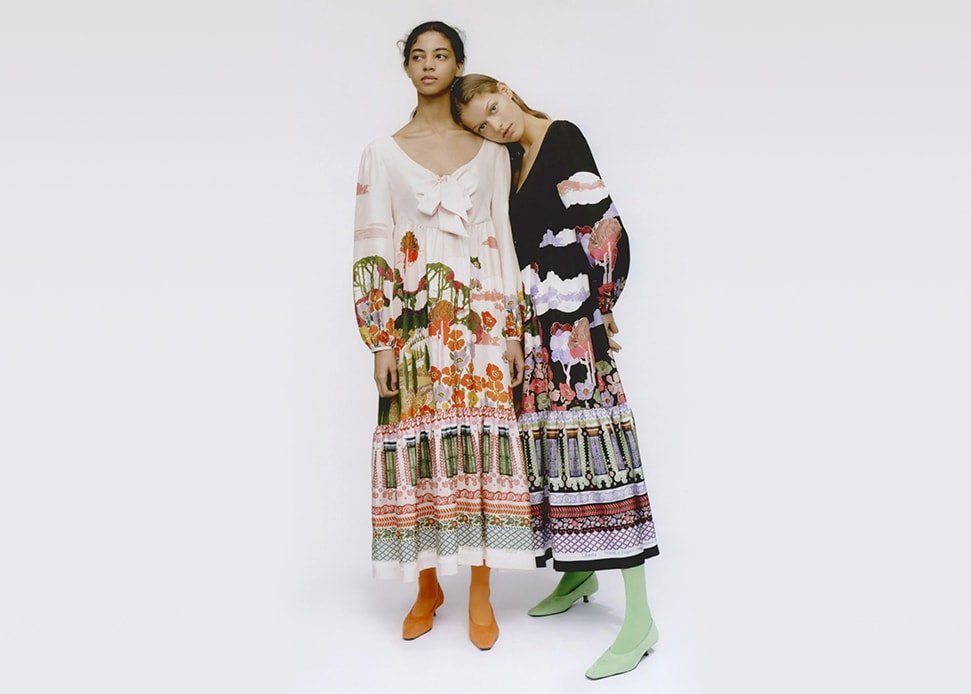 Ever wondered what being on a fashion shoot set looks like? Committed to the London Fashion Week City-Wide Celebration, Liberty is shooting its winter 2020 collection live in store for all to see. Customers are invited to watch the creative team including Liberty Design Director Holly Marler and stylist Katie Shillingford in action as they style and curate the winter campaign from Liberty’s recently launched own-brand collection through the in-store photoshoot. Head down to the iconic tudor-revival building from 11.30am-6pm on Sunday 16 February to get a behind-the-scenes insight into the inner workings of a fashion shoot.

Fashion and Film at the Whitechapel Gallery 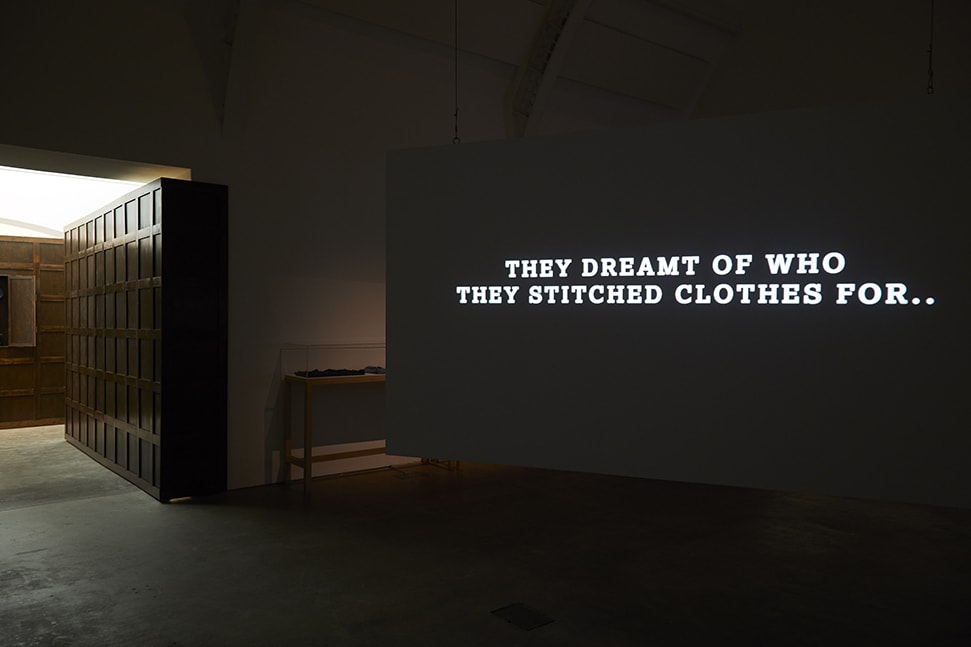 London Fashion Week has partnered with the Whitechapel Gallery and designer Osman Yousefzada to present a free screening of his latest art film. ‘Her Dreams Are Bigger’ was developed out of a trip to Bangladesh, where the artist and designer brought a collection of clothes with the “Made in Bangladesh” label to the women who create the garments in the first place. Yousefzada’s second solo film was made possible by the support from eco age and Livia Firth and shines a light on the realities of fast fashion and global concepts of beauty.

Book ahead for access to an accompanying free panel discussion on Sunday between the designer and Keshia Hannam, performance-speaker and co-founder of women’s movement Camel Assembly, broadcaster and curator Eunice Olumide MBE and Caryn Franklin MBE, former fashion editor and co-editor of i-D Magazine, and chaired by the BBC’s Lucy Siegle.

Pop-up piercing parlour at ME London 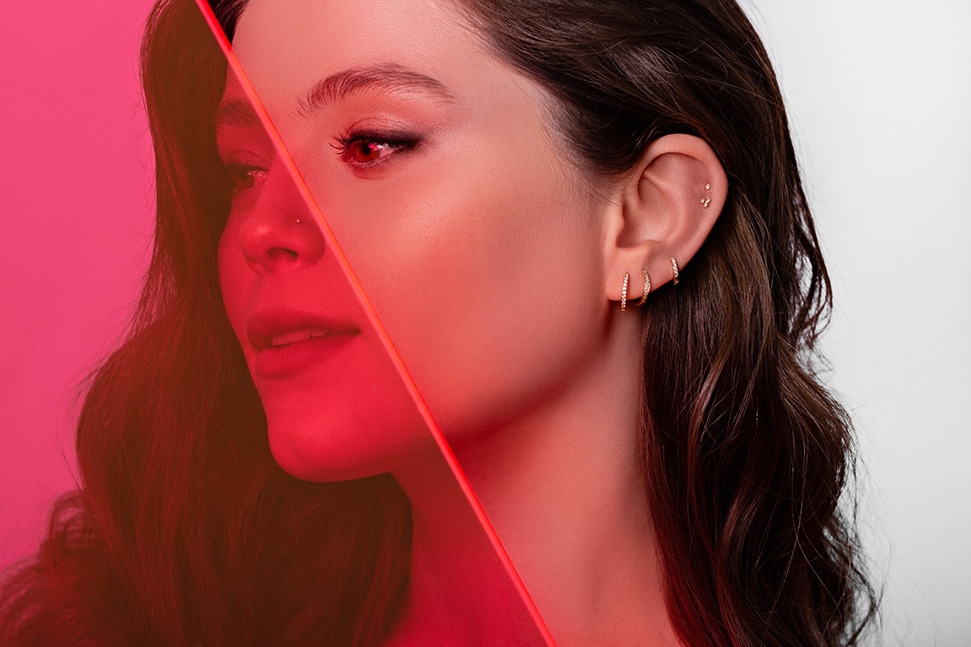 There’s no mistaking that when it comes to curated ears, recent trends point to more the merrier. Sustainable jewellers Lark & Berry’s lust-worthy gems are holding fort for the accessory brands in the centre of London Fashion Week. Head to ME London on the Strand for Lark & Berry’s piercing pop-up parlour in the hotel’s Marconi Lounge for your own LFW souvenir: a free piercing with one of the brand’s elegantly ethical pieces.

Made using only laboratory-grown stones, Lark & Berry’s collection is sustainably sourced and all conflict free. The cultured diamonds sit within the purest category of diamonds on the market; only two percent of their mined counterparts have the same quality. 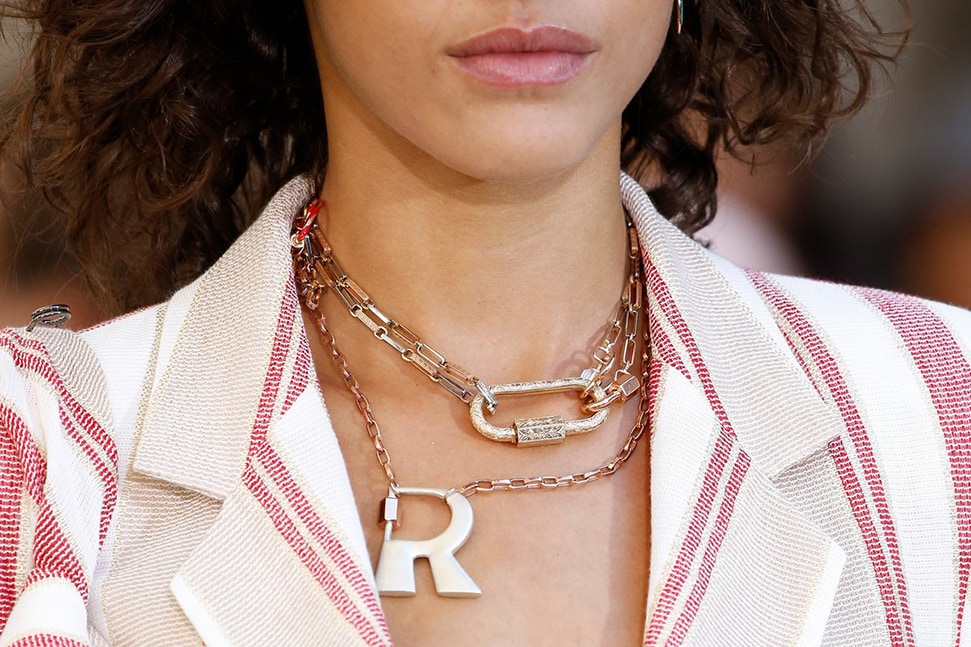 Contemporary designer Marla Aaron’s distinctive design footprint burst onto the jewellery scene with her inimitable collection screw-lock carabiners crafted from precious metals. Her disruptive attitude has led her to create innovative pieces with fordite – old layered car paint that has hardened ready to be cut and polished into special pieces. So when Roland Mouret decided to collaborate with independent artists whose talents, stories and aesthetics had touched him for his Spring/Summer 2020 collection, acclaimed designer looked to Aaron. Now, the New York-based jewellery designer will be welcomed at Roland Mouret’s flagship store in Mayfair for a Marla Aaron pop-up alongside a showcase of runway pieces which explore the theme of sustainability. 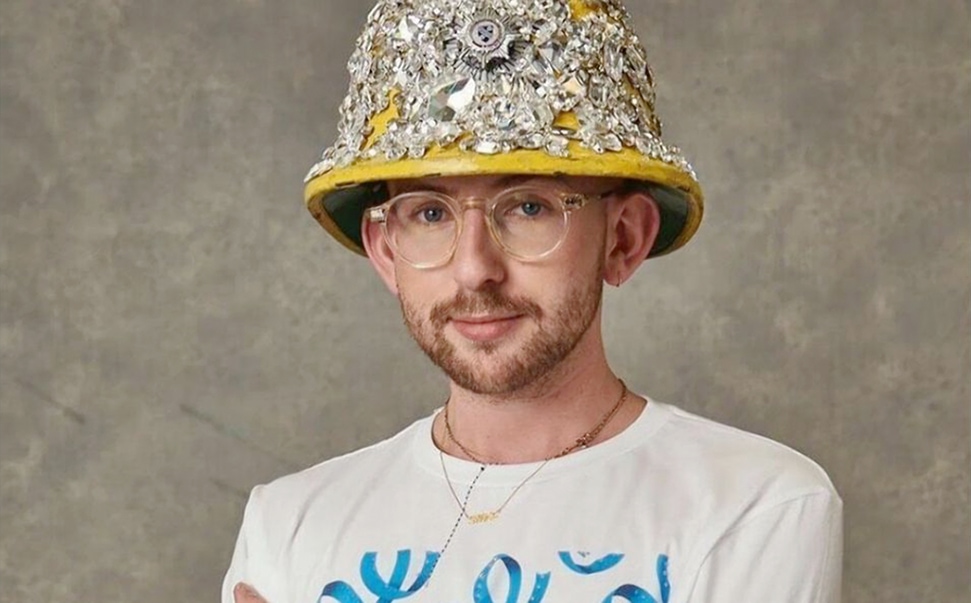 British designer and CSM graduate Patrick McDowell is foregoing the traditional runway show for the Autumn/Winter 2020 season, instead using his presence at London Fashion Week to highlight and encourage a slower and more sustainable approach to the fashion cycle. In partnership with the Global Fashion Exchange, McDowell has chosen not to present a new collection for the season, opting to curate a ‘Swap Shop’ in its place.

The Swap Shop will be hosted within the Positive Fashion exhibition at The Store X on 180 Strand, giving visitors the chance to participate by bringing unwanted pieces of clothing to exchange and walk away with a piece from the rail. Swarovski will be providing upcycled crystals to embellish items as part of their Conscious Design Initiative and a recycling bank is available for items that don’t pass the quality-assurance checks. 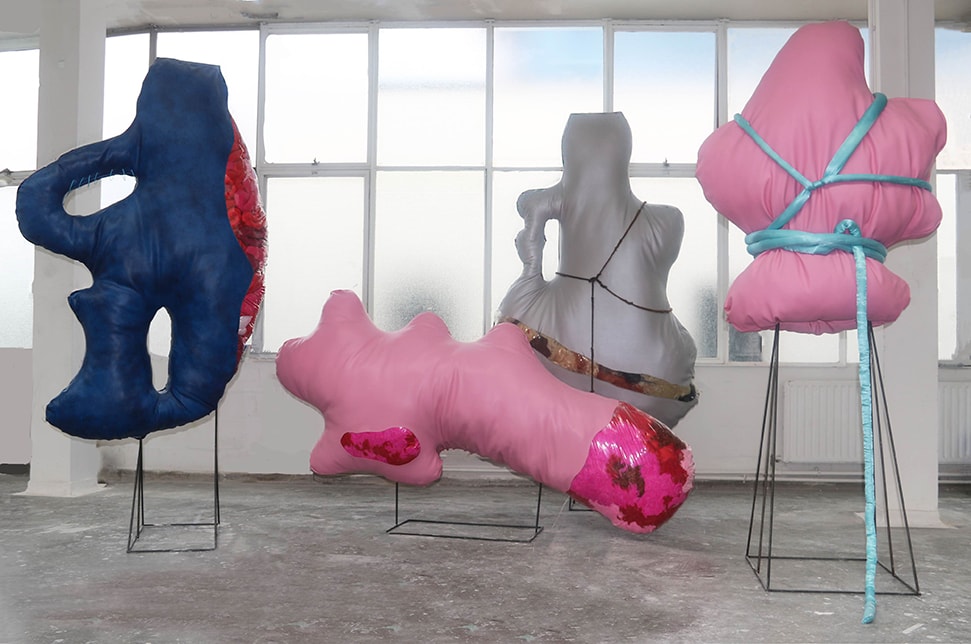 To coincide with London Fashion Week, multi-brand boutique Browns will play host to a series of next generation installations including a showcase of recent UAL graduate Phoebe Ackers’ unique sculptures in the windows at Browns South Molton Street and in the entrance at Browns East.

Having completed her degree Fine Art and specialising in sculpture, North Yorkshire-based Ackers is known for her witty exploration of the female form through a variety of soft shapes. Her collaboration with Browns presents 12 faux-leather biomorphic sculptures in a range of sizes and colours from a soft candy pink to a dark navy hue and “focuses on the ‘modern woman’ and society’s expectations of her.”

Curated displays at the May Fair Hotel

The May Fair Hotel is known during London Fashion Week for its often show stopping window displays on the Mayfair streets, hosting different fashion designer curation each season as well as introducing a new selection of cocktails at its exclusive bar.

This season, in celebration of the hotel’s twelfth year as the official London Fashion Week hotel, The May Fair Hotel has caled upon its designer-in-residence, British fashion designer and artist Osman Yousefzada designer to design a window around the concept of sustainability. Known for his strong and bold sculptural designs, Yousefzada often explores the symbiotic relationship between art and fashion. The designer has also curated a selection of dishes available at the hotel’s in-house Italian and Spanish restaurant, May Fair Kitchen.