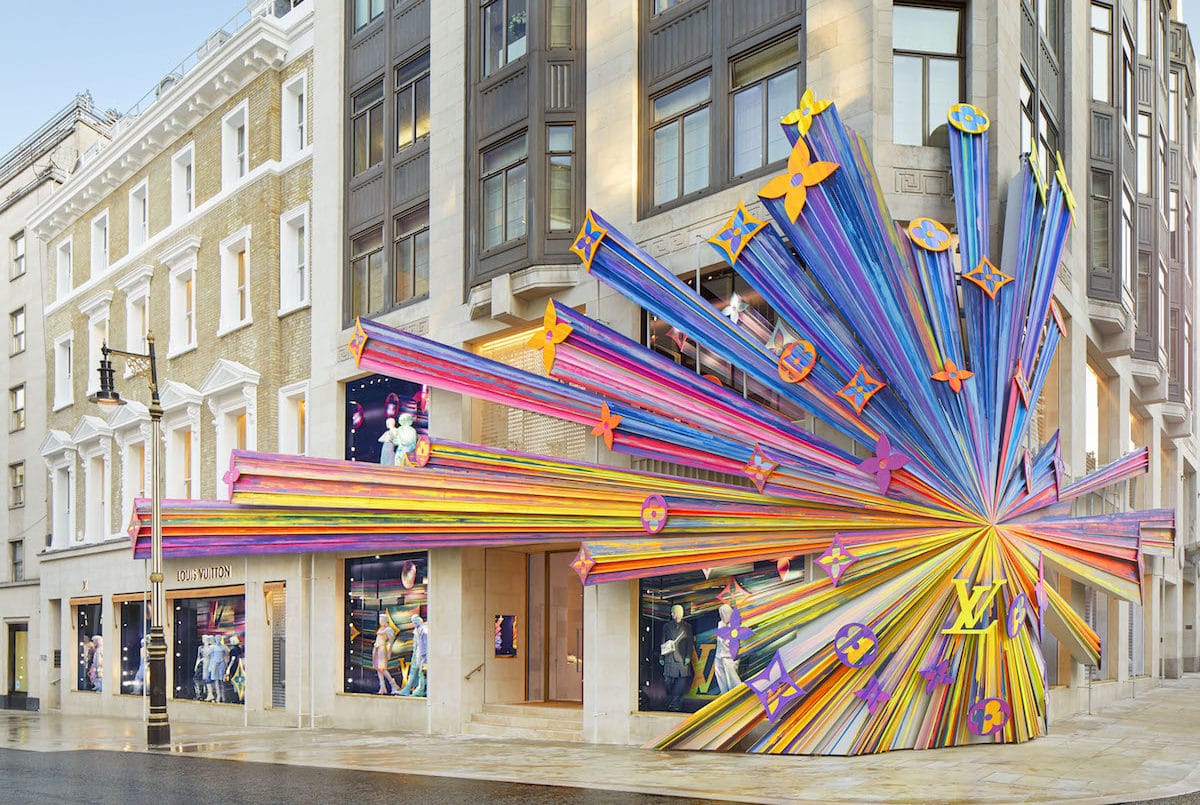 Step inside the capital’s chicest openings

Discover the best places to shop in London with these chic new fashion boutiques joining the capital’s retail map.

From cult global labels coming to the UK to storied fashion houses unveiling new visions for their retail spaces, there has been a wave of innovative openings in London’s most fashionable neighbourhoods of late. Louis Vuitton returns to Bond Street with an Instagram-worthy explosion of its iconic logo welcoming shoppers to the newly renovated flagship, while The Row makes its European debut in Mayfair with a concept store offering homewares as inimitably chic as the clothes. 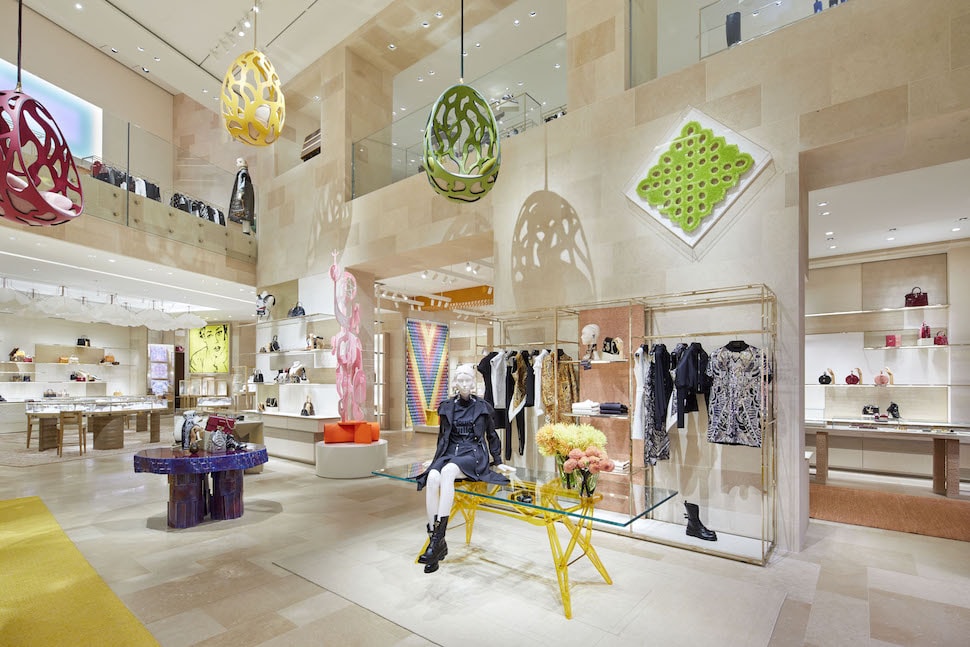 Louis Vuitton’s Bond Street store has reopened after a 14-month renovation which transformed two separate buildings into one spectacular new location, complete with a colourful explosion of the fashion house’s monogram icons on the facade welcoming shoppers into the 17,500-square-foot space designed by New York-based architect Peter Marino.

Across the threshold, 43 works of art by 25 artists are dotted throughout the store, including Tracey Emin’s Love Is What You Want (2011) and a specially commissioned, almost-7-metres long, monumental work by American artist Sarah Crowner, creating an experiential gallery-cum-store that invites visitors to linger.

Four Cocoons by the Campana Brothers hang from the double height ceilings in a nod to the first permanent home in the UK for Objects Nomades, the brand’s collection of designer travel and home related objects. Yet the real star of the show is undoubtedly the sapphires, emeralds, spinels and Santa Maria aquamarines found in high jewellery, as the Bond Street store becomes the only Maison in the world, aside from the Maison Vendôme in Paris, to hold a full high jewellery collection. 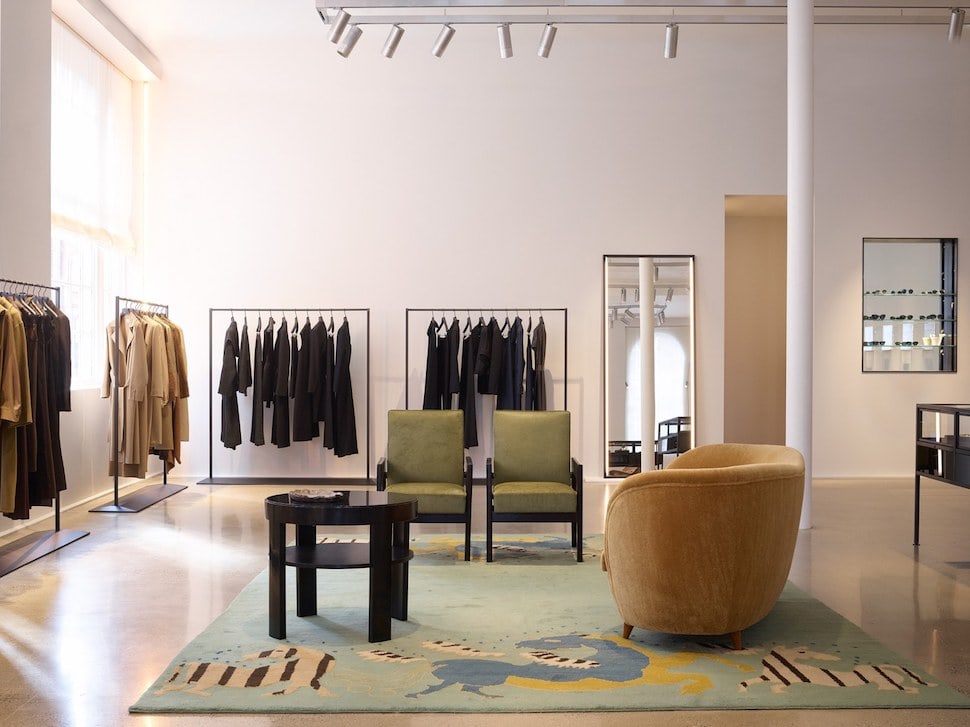 Mary-Kate and Ashley Olsen have brought their smart, minimalist brand The Row to London with the opening of their first European store on Carlos Place. Housed in a grand former bank building with imposing stone columns, the boutique’s interior is a study in industrial chic – a calm, open space with slick metal shelving and towering windows, designed by renowned architect Annabelle Selldorf.

The brand’s understated luxe staples, from cashmere coats and crisp cotton shirts to silk dresses and chunky knits, are enhanced by cleverly chosen artworks, like the James Turrell light installation, Elliptical Glass, that greets shoppers as they first enter the store. The furniture has been just as carefully curated, with Le Corbusier chairs sitting alongside Georges Jouve ceramics and vintage pieces. And following on from models adopted in their New York and Los Angeles stores, many of the décor elements here are for sale, handpicked by prominent dealers including Jacques Lacoste and Galerie 54 – which means it’s almost impossible to leave empty handed. 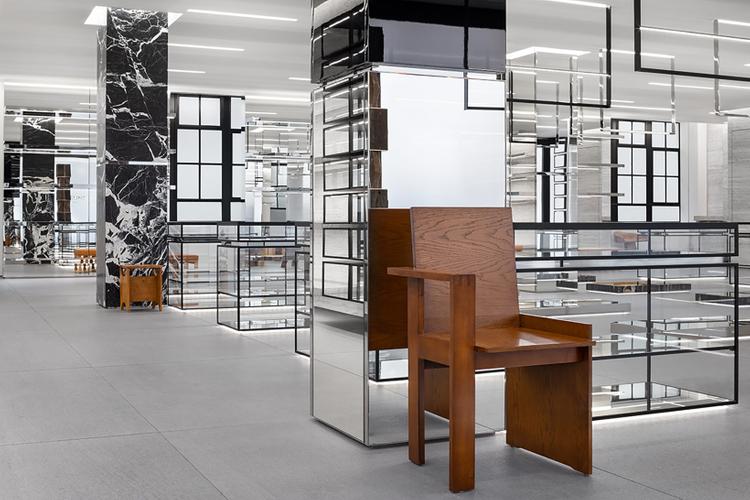 As Hedi Slimane’s Celine menswear store showed when it opened on Old Bond Street earlier this year, the designer’s Brutalist vision for the brand manifests in sleek, sculptural, high-shine and minimalist store spaces. Now, the French fashion house’s Mount Street address follows suits, being as much a contemporary gallery as it is a retail store.

Every part of the aesthetic comes from the mind of Slimane. Alongside his latest collections for the brand, the space displays four works from the Celine Art Project, from artists David Jablonowski, Fay Ray, Tiril Hasselknippe and Lukas Geronimas, chosen by the designer himself. 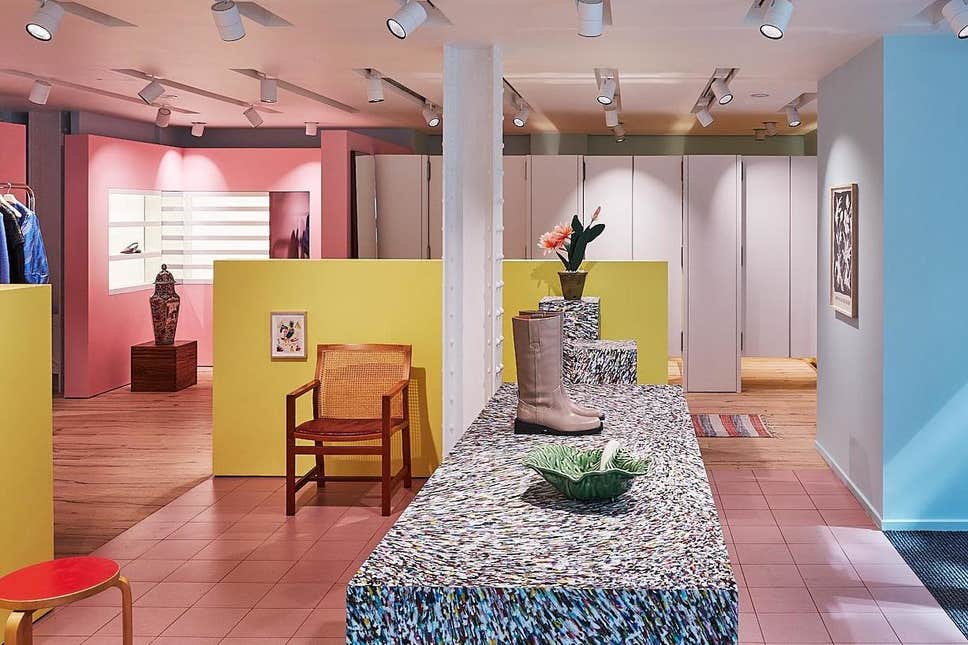 The global expansion of Scandi It-label Ganni meant a much-anticipated store opening in Soho this summer. The launch of the London flagship caused a buzz amongst the fashion crowd, as UK fans of the Copenhagen-born brand were finally able to shop its wares in a space dedicated to its coveted style.

Situated on Beak Street, ready-to-wear meets in-store exclusives in the pastel-hued boutique. Bold artwork adorns the walls and colourful, upcycled stools (by Finnish architect Alvar Aalto) invite shoppers to linger a little longer. Not only does the design reflect the brand’s Scandi chic, but also its environmentally-conscious ethos. Accessories are displayed on chests from recycled plastic waste and rugs have been made out of garments from previous Ganni collections. Better still, a take-back scheme encourages customers to bring in unwanted items of clothing (from any brand and in any condition), with profits from the collection points going to I:CO circularity research projects. 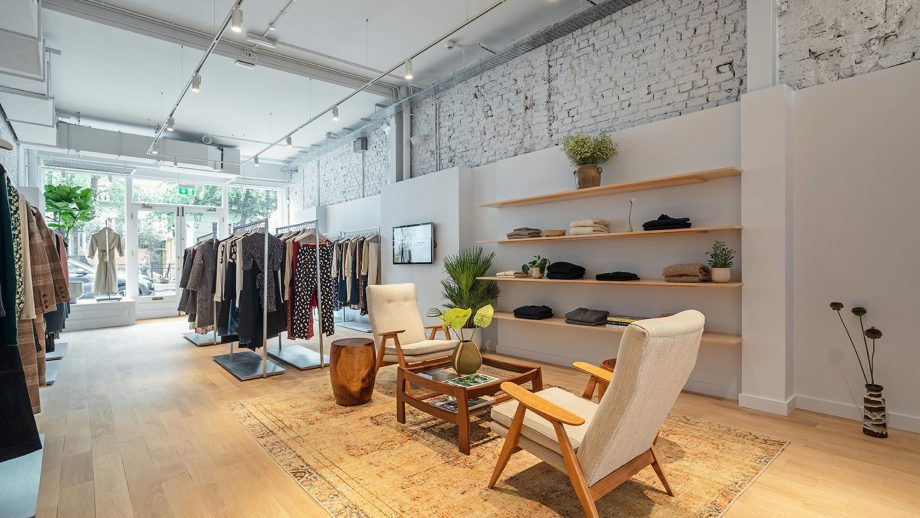 The cult LA label (which counts the likes of the Duchess of Sussex, Kendall Jenner and Ashley Graham among its famous following) opened its first European standalone store in Notting Hill this autumn. Known for a sustainable approach to production – it aims to use 75 per cent natural and almost natural or recycled fibres in its garments, and is dedicated to minimising its waste, water, and energy footprints –  the brand describes the design process to be about making “effortless silhouettes that celebrate the feminine figure”.

While its West London brick-and-mortar outlet will allow UK customers to browse its signature prints and flattering cuts in person, a digitalised experience is offered so that shoppers can check in real-time whether the style and size they want is in stock (and then have it delivered directly to their changing room).

Gabriela Hearst opened her first international flagship in Mayfair this year (her eponymous brand’s only other retail store is in New York, from which the aesthetic of the new London outpost has evolved), encompassing a two-floor space to house her women’s, men’s, and accessories collections. On the lower level, an elegant seating area hosts private client appointments.

The designer collaborated with architect Lord Norman Foster on the design for the Brook Street store, which sits across from Claridge’s, drawing on the brand’s commitment to sustainability. Herringbone oak parquet flooring is made from wood reclaimed from a demolished officers’ mess hall in Shrewsbury and bespoke furnishings are crafted from a London plane tree that fell in a storm.