The expert ingredients to a gastronomic getaway 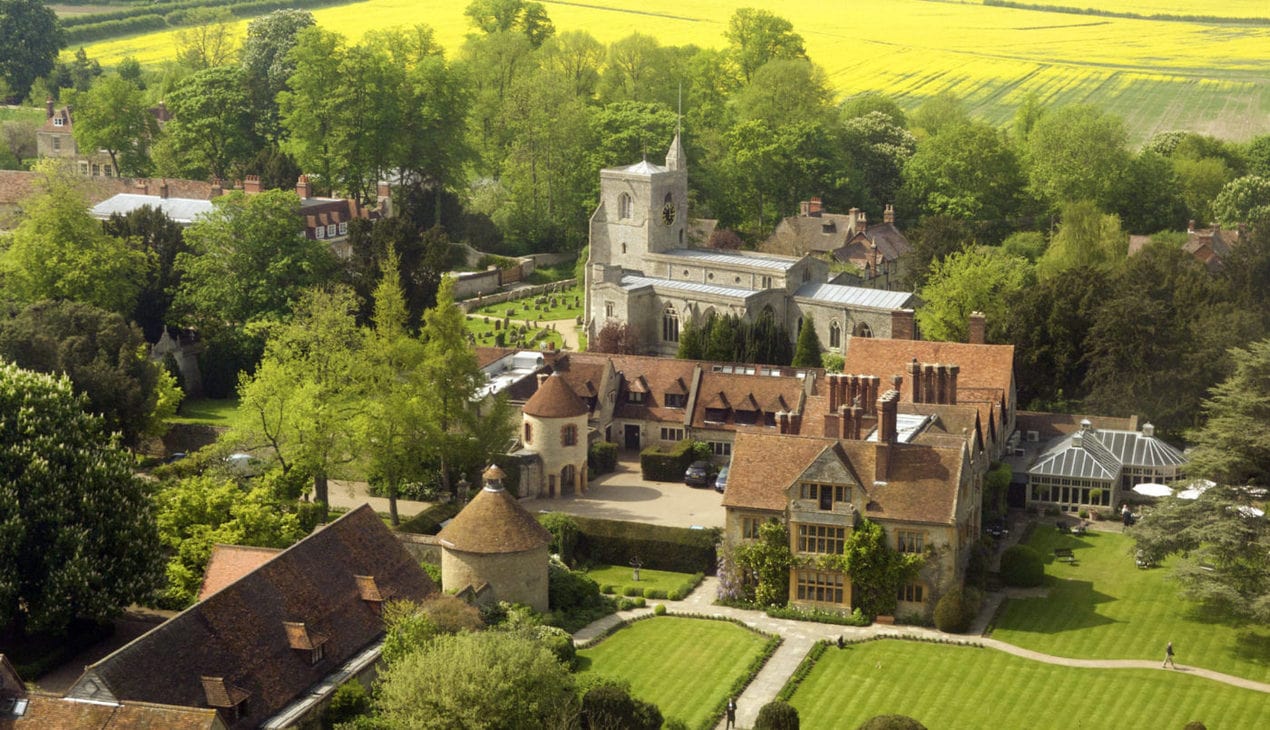 From Michelin-starred tuition to famous farmhouse kitchens, these are the best cooking retreats in the UK to book for food lovers.

The most tempting feature of a countryside escape is often a sumptuous culinary offering. And for those who would like a getaway to be as productive as it is indulgent, some of the best country house hotels offer cooking masterclasses from their expert chefs. To return from your trip rejuvenated and with new and improved kitchen prowess, discover the UK retreats that boast state-of-the-art cooking schools.

It is no surprise that Raymond Blanc’s two Michelin-starred restaurant and hotel has become one of the UK’s most celebrated culinary destinations. Bringing his French fayre to the Oxfordshire countryside, Blanc’s native cuisine feels much at home in the grand 15th-century manor house. But guests of the Great Milton estate can go beyond sampling the chef’s signature dishes in the conservatory-come-dining room.

The accompanying cookery school offers sessions that mirror the ethos of Le Manoir and Blanc’s vision – exquisite food in a laid-back setting. There are courses specialising in vegetables, seafood, canapés, seasonal dinner party menus and even a session dedicated to the recipes of Maman Blanc, who inspired her son’s love of cooking.

While the sessions are available to book separately, for the true Le Manoir experience a gastronomic stay can include accommodation (the rooms and suites are as tempting as the menus), dinner for two and a place on a full day cooking course. A visit is made all the more inviting by guests being able to wander the glorious grounds and gardens, where many of the ingredients are grown. Angela Hartnett and Luke Holder head up the gastronomic offering at Lime Wood, which explains in part why it’s impossible to pick a highlight of this New Forest sanctuary. The plush rooms and cottage-style suites, the national park backdrop, the nature-infused Herb House Spa, or the Italian-influenced Hartnett Holder & Co restaurant.

While Lime Wood is undeniably a dreamy spot to unwind, for those looking to go home with a newfound skill and culinary repertoire, the cooking school serves up the secrets to HH&Co dishes. The courses have been designed to offer the foundations for the hearty, home-cooked style that the chefs are known for (think pasta for beginners, the perfect roast, simple steak, and pastry & puds) through a hands-on, informal approach to cooking. (There are even short, “snack-sized” sessions for guests who literally just want a taster.) As its name suggests, Thyme has culinary roots. This unique, recent addition to the Cotswolds is a “village within a village”, complete with a wonderful country house hotel, botanical Meadow Spa, three restaurants and bars (one aptly named The Baa), and a beautifully decked-out cookery school.

From demonstrations to tastings, forages to classes, a range of sessions is on offer to give an insight into ingredient sourcing, sustainable produce and exploring flavour combinations. These often start in the fragrant kitchen garden, where ingredients are harvested, before Thyme’s chefs guide preparation and cooking. As the focus here is on fresh, seasonal menus and locally sourced produce, no two classes are the same, but themes include bread making; pickles, preserves and ferments; simple meals and seasonal dinner parties. Other classes take culinary influences from around the world, from the Mediterranean to the Middle East.

A stalwart of the British cooking scene, fans of Hugh Fearnley-Whittingstall can enjoy a whole day of immersing themselves in the intensive River Cottage Experience. The day starts in the walled kitchen garden, with sustainably produced ingredients at the heart of River Cottage cooking. From there, a classic session revolves around making the perfect bacon sandwich, from baking your own loaf to mastering the art of home-cured bacon. Guests then work alongside RC chefs to learn new kitchen techniques and prepare dishes for dinner. The day culminates in an impressive three-course feast in the atmospheric 18th-century threshing barn.

The River Cottage immersion can be taken a step further with an overnight stay in the picturesque 17th-century farmhouse (recognisable from the television series). With each of the three bedrooms boasting views across the Axe valley, there are few places so idyllic to wake up to a new day on the farm. Sleek and stylish organic farm Daylesford, which now boasts popular outposts in London, hosts an array of cooking courses on its original 2350-acre site in the Cotswolds. A celebration of real and lovingly prepared food, themes include the traditional – like quick & simple suppers and artisan bread making – and the more specialised – such as nose to tail butchery and ferments to eat and drink.

Guests can then stay in the stunning converted farmhouses and relax in the Bamford Haybarn Spa. Other classes are also offered on the farm, such as holistic treatments, floristry and craft workshops. Best known for its spa facilities and show-stopping treehouse suites, Chewton Glen’s culinary assets are just as indulgent. James Martin developed the kitchen space, where he regularly hosts dining demonstrations and invites fellow celebrity chefs to run classes. The signature session shows how to recreate classics dishes from The Dining Room’s menu at home (the likes of which include double-baked emmental soufflé, a traditional beef wellington and white coffee ice cream).

If the appeal comes from watching the masters at work, rather than getting your hands dirty, then instead you can enjoy the rather unique experience of a private demonstration and dinner by Martin for up to 12 guests.