Safari in South Tanzania at the spectacular Jabali Ridge lodge

Step into an unexplored wilderness 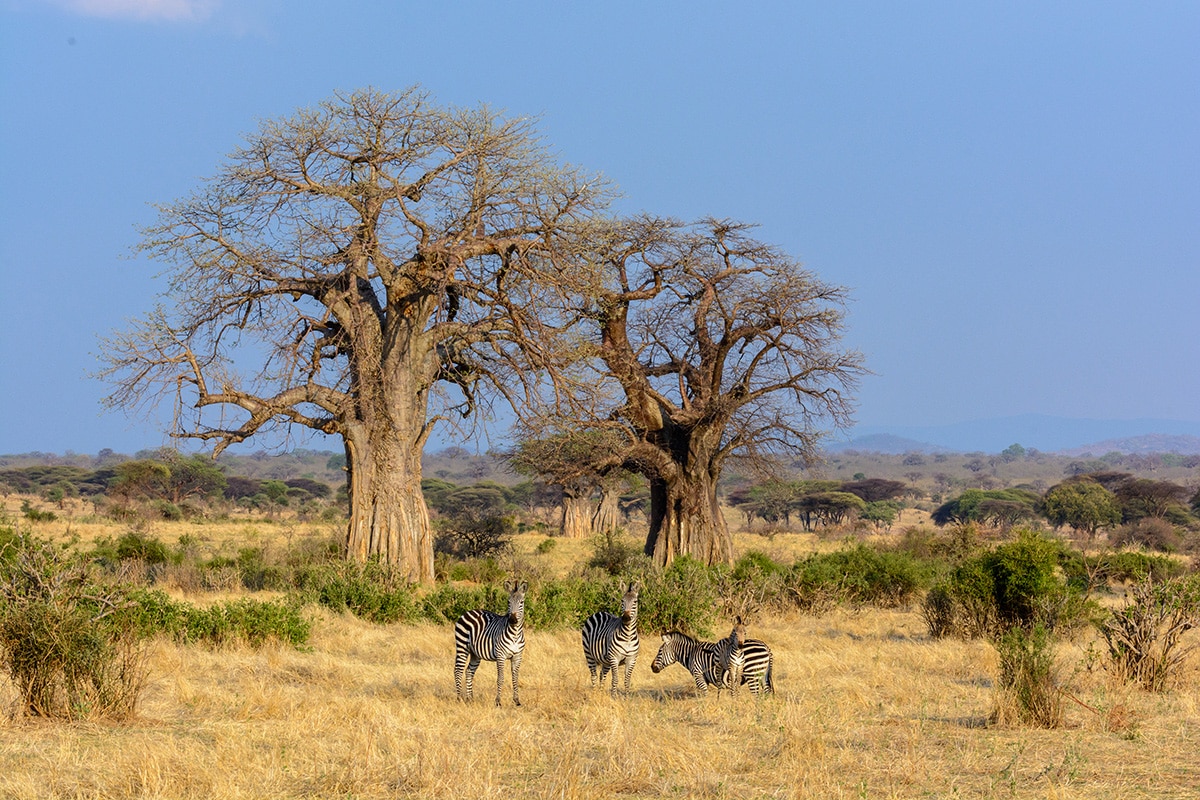 Jabali Ridge is Asilia’s new flagship property on the plains of Ruaha, east Africa’s largest national park. We experience life at the secluded and luxurious safari lodge, with stilted open-air pergolas that perch above a wildlife wilderness

The sun is sinking in the vast African sky, sending shafts of amber and salmon pink slicing across the horizon like shining swords. We’re meandering our way back to camp after a thrilling game drive, scything through miombo woodland and armies of bulbous baobab trees when we see it, suddenly, in the middle of the road.

It’s huge. A towering elephant, its striated, dusty form so close I could reach out and tickle its feathery eyelashes. And it is not happy we are here. It blusters and trumpets, its low guttural grumble travelling the short space between us , seizing my body and rattling my bones. Its huge ears flap like immense fans, its trunk swaying wildly, before the beast finally snaps and makes its charge towards the car.

This is a Ruaha, east Africa’s largest national park. Nestled in south Tanzania, it’s home to a tenth of the world’s population of lions, more than 12,000 elephants (thankfully this one decided not to destroy our vehicle in the end) and a huge host of carnivores, from elusive leopards to roaming coalitions of cheetahs. Yet it is rarely visited by tourists. In fact, while the Serengeti in the north receives hundreds of thousands of visitors each year, Ruaha barely touches the sides with a paltry 20,000 annual tourists (meaning you’re unlikely to see another safari vehicle while you’re here).

I’m staying at the magnificent Jabali Ridge, Asilia’s new flagship property and the area’s only real luxury lodge. Built around a boulder-strewn kopje, the camp is a series of open-air stilted pergolas and suites that blend so effortlessly with the environment they look as though they have been hewn from the stone itself. As well as vast rainforest showers, heavy wooden beds made from old dhow boats and private sunken sun terraces, each room also has louvered teak shutters that can be opened to let in views of the tangled mauve and lavender wildflowers and totem-like lala palms that festoon the surrounding plains (you will often see willowy giraffes picking their way across the landscape, too).

The recently-completed private house, set 200 metres away from camp, offers truly luxurious seclusion. The exclusive-use villa – and the only private house on the southern safari circuit – has two private entrances, a huge baobab at its centre and a sun-deck snaking around the entire property. It sleeps groups of six to eight in its three spacious, lofty en-suite bedrooms and there’s also a private pool, chef, butler, housekeeper and safari guide on-hand for whenever the thirst for a lazy alfresco barbecue or night-time safari takes hold.

Early morning game drives in Ruaha are almost dreamlike – a hazy sepia light cloaking the golden, shrubby forests. Trees are strung with tiny, intricate weaver’s nests, while flamboyant lilac-breasted roller birds decorate witchy bare baobab branches. Sightings are frequent and exciting. While out one morning we spot a pride of lions in the dry bed of the Mwagusi river, two twin cubs play-fighting and clawing at their mother’s belly for milk. Later that day we catch sight of two adolescent cheetahs slinking their way through the long grass, then at the confluence of the Ruaha and Mwagusi rivers, we see crocs, basking hippos, giraffes and two more sister lionesses panting in the shade, their pink tongues lolling.

Back at camp we settle down for dinner in the boma, with burning lanterns dotted around us like constellations of stars. As we tuck into blue cheese and beetroot salad, freshly caught tilapia and tender beef we hear hyenas whooping in the distance and the trumpet of elephants near camp, and I know I have to be out there again. So with spotlight in hand, our guide Lorenzo takes us out for a drive under the cloak of darkness. Ruaha, it transpires, is a completely different place at night, and we spot tiny spotted genets resting in the nook of tree branches, bat-eared foxes travelling in family groups in the dark, hyenas stalking the blackness for prey and, most exhilarating of all, a pride of 12 lions feasting lustily on a giraffe kill.

At a sprawling 52,000 square metres, Selous Game Reserve, in the heart of southern Tanzania, is real wilderness territory. Here, packs of wild dogs hunt impala with knife-sharp accuracy, huge gaggles of hippos grunt and wheeze in the many rivers and waterways, and the ghostly whistle of fish eagles on the hunt fills the air.

Together with Ruaha, Selous completes Tanzania’s sleepy southern safari circuit, and this place just feels wild. Gnarled, desiccated bark redwood trees grasp upwards from glassy water like witchy fingers. Animal bones litter the ground like sacrificial offerings to the gods. Even our camp – the beautiful Roho ya Selous on the banks of Lake Nzerakera – has a bewitchingly intrepid feel to it. Rooms are large and tented, set on puzzle-paving platforms surrounded by palms and tangled bush. Outdoor rainforest showers allow you to wash at one with nature, while two leather armchairs are perfectly placed so you can watch animals drinking from the nearby lake as you take your afternoon siesta. Nightly gatherings around the communal campfire also mean you can catch up on wildlife sightings with your fellow guests, while sipping on a gin and tonic or Moscow mule.

By day, we take to the water. Our boating safari brings us cheek to jowl with huge crashes of hippos, rearing their colossal heads out of the water and exposing their sword-sized teeth as they tussle with one another. We cast out rods in the hopes of a bite from a kingfish, and sip on Serengeti beer as huge fish eagles pass us with catfish grasped in their talons, showing us how it’s really done.

But traditional game drives in Selous bring nerve-jangling excitement, too. As we head out one morning, surrounded by giraffe, wildebeest, baboons and buffalo nursing their young, we pass through a flock of dazzling bee eater birds so huge it looks like someone has thrown a clutch of jewels into the air. But it’s at roughly 10am on a dry, hot day that we see something extremely rare. As we wobble across a tiny dry stone bridge, I look left out of the safari vehicle, suddenly locking eyes with a beautiful female leopard who hisses and bears her teeth. ‘Leopard!’ I whisper urgently to our guide Mashaka, who at exactly the same time, whispers ‘Lion!’, gesticulating at the huge russet-maned lion resting on the dry riverbed just to the right of the truck. This is unheard of. On either side of the vehicle, we have a predator, just metres away from one another, neither of them knowing the other is there. If they met there would undoubtedly be a fight to the death for the smaller creature. It’s intense, and unforgettable, and as the leopard slinks off into the bush I feel incredibly lucky indeed.

On our final night we retreat into the bush, at our very own private fly-camping site. After walking with our guide Kiv, passing trails of hyena footprints and piles of tell-tale lion scat, we reach our mobile camp site, which has been temporarily built just for us. Perched on the edge of a small lake, there’s a healthy campfire burning, with a private makeshift bar set up and a table laid for dinner (I also can’t help noticing the scores of hippo tracks running through camp). After a private dinner of tilapia with tomato relish and homely baked potatoes and green beans – all rustled up by our personal chef – we kick back with a bottle of crisp South African Sauvignon Blanc and gaze up at the milky way, stretched like a swathe of glitter above us. When we can no longer keep our eyes open we head to bed, in our private cube tents complete with the comfiest camp beds around, and views upwards to the twinkling canopy of stars. As I’ve discovered on my trip, there’s plenty of wildlife to be found in South Tanzania, just hardly any humans. And I can’t think of a better place in which to truly escape to the wild.

This 10-night trip starts at £7,810 per person, including internal flights and logistics, accommodation, park fees, meals, drinks and activities (unless otherwise stated). Timbuktu allows travellers to design their dream holiday online at timbuktutravel.com