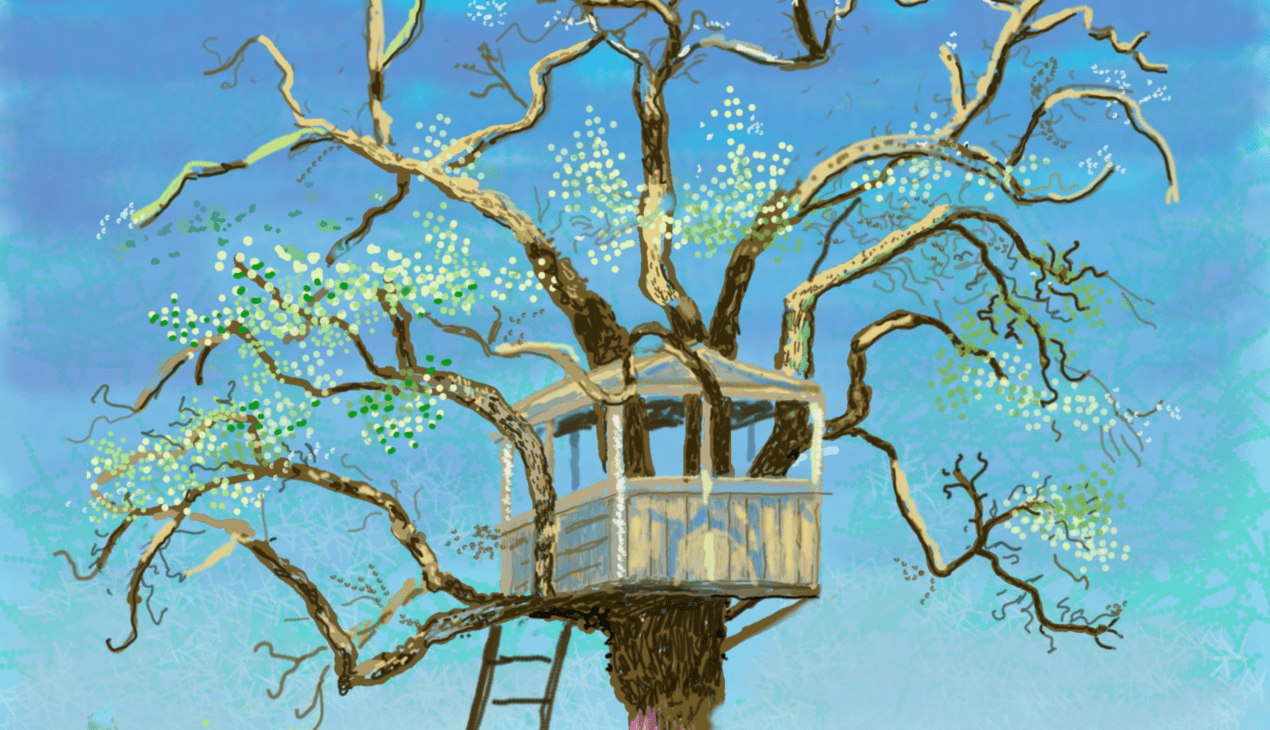 While David Hockney may currently be in self-isolation like the rest of us, his response to the imposed quarantine at his house in Normandy has been markedly different. Inspired by the trees and flowers bursting into life all around him, he has created a new series of artworks that instantly lift the spirits and remind us of the true beauty of nature.

Currently in lockdown in northern France, where he moved in early March, David Hockney has been spending most of his days out in the garden, drawing the picturesque spring awakening he’s been observing all around him on his iPad. It was actually the abundance of nature that first drew him to make the move to Normandy, where he was attracted by the region’s wider range of blossoms, with apple, cherry, pear and plum trees.

He started to send some of his first pieces – mainly works in progress – to friends, which led him to release one image of daffodils to the wider public, titled: Do Remember They Can’t Cancel Spring. He has now shared nine more, all created over the last few days.

“Many people said my drawings were a great respite from what was going on,” he said in an interview with the BBC. “Why are my iPad drawings seen as a respite from the news? Well, they are obviously made by the hand depicting the renewal that is the spring in this part of the world.”

The gloriously colourful images depict sunshine-yellow daffodils, vibrant green fields, trees coming into bloom and the arrival of spring’s first flowers – a poignant reminder that the beauty of nature continues to endure, even in the face of a global crisis.

“We have lost touch with nature rather foolishly as we are a part of it, not outside it. This will in time be over and then what? What have we learned?” Hockney went on to say. “The only real things in life are food and love in that order… I really believe this and the source of art is love.” 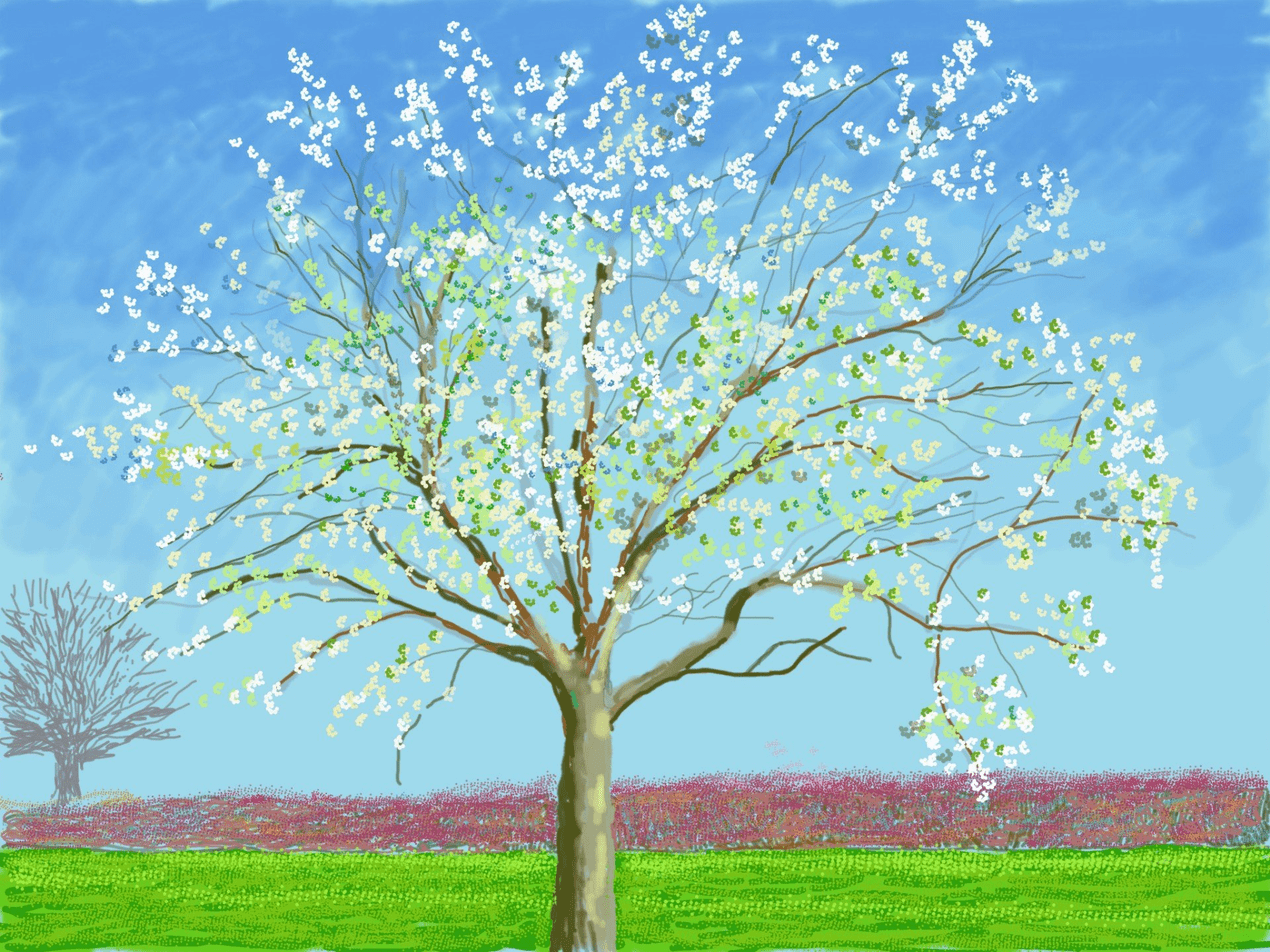 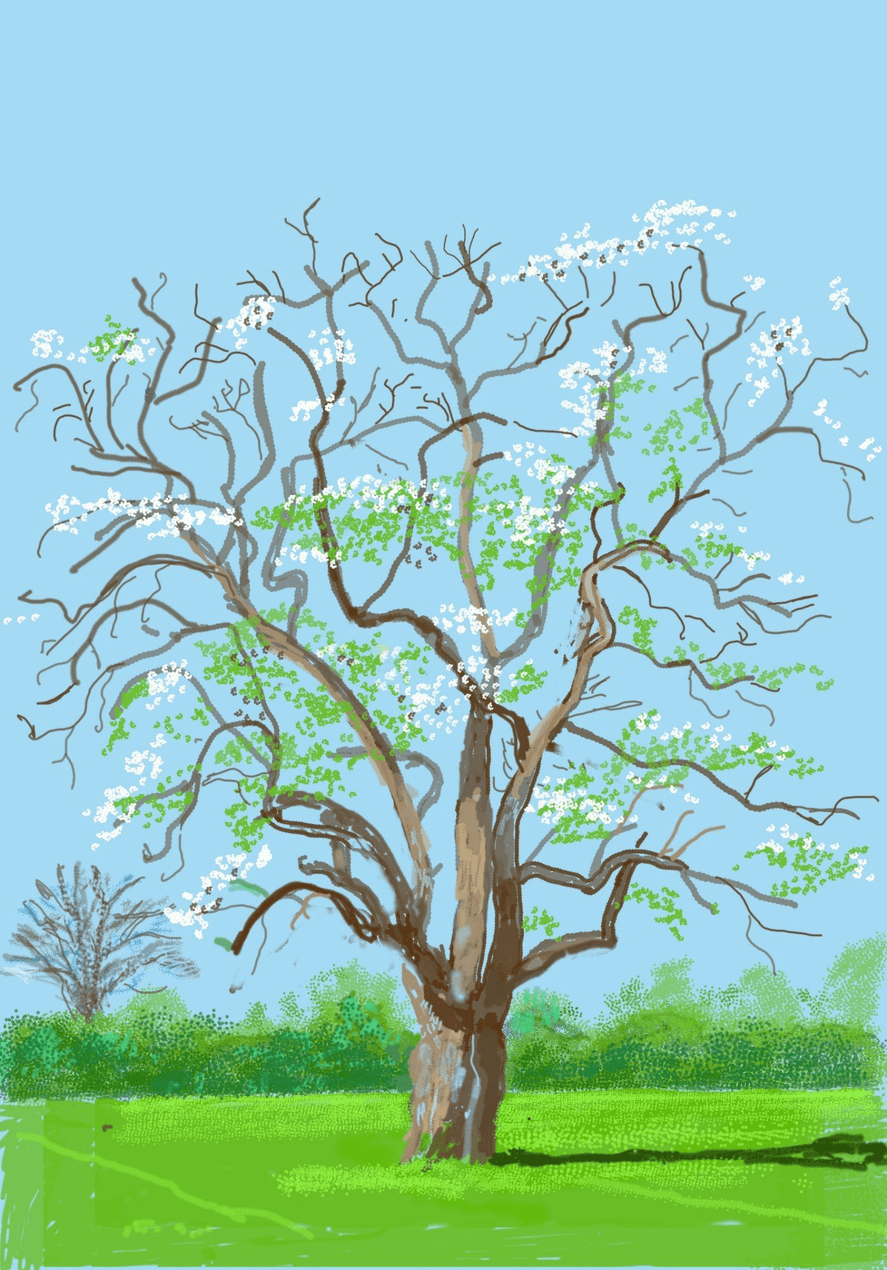 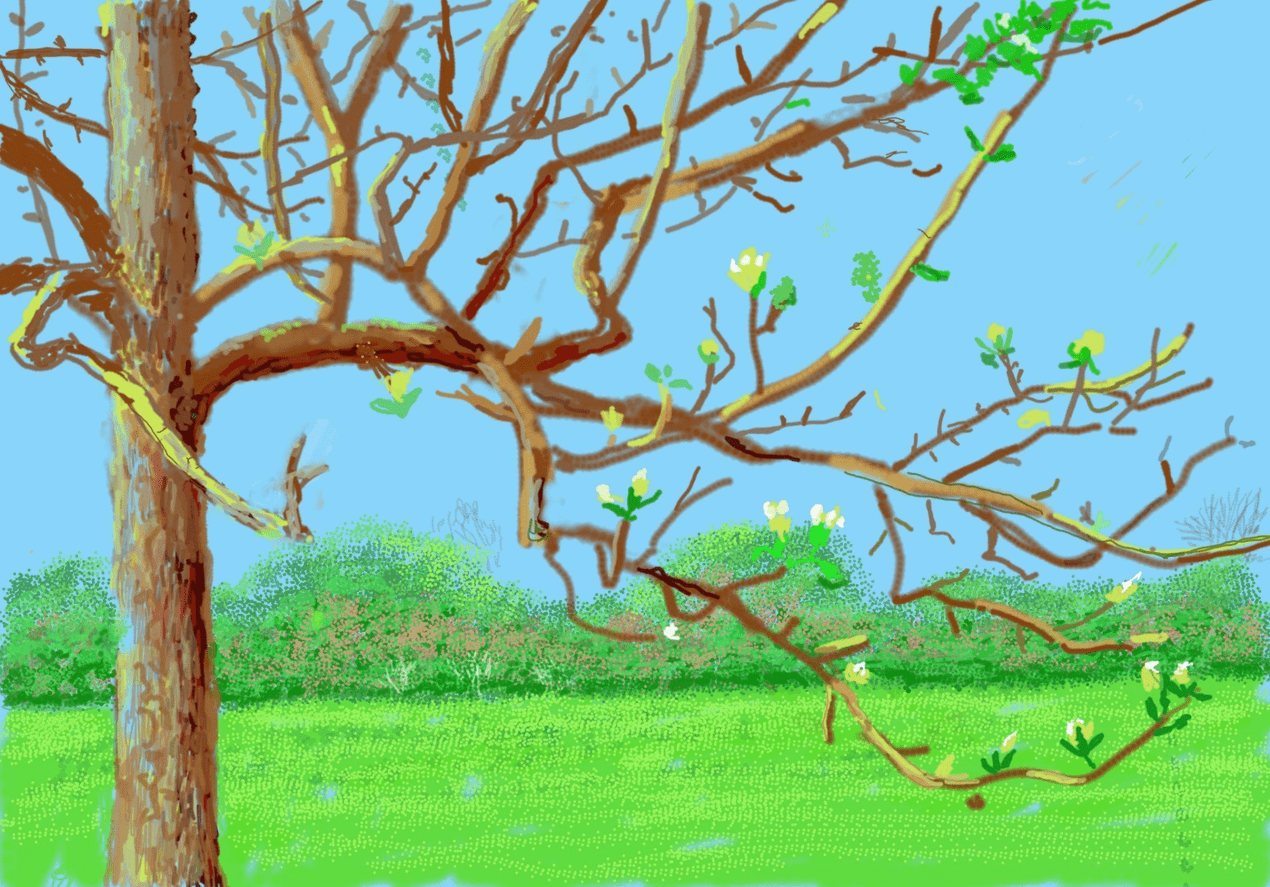 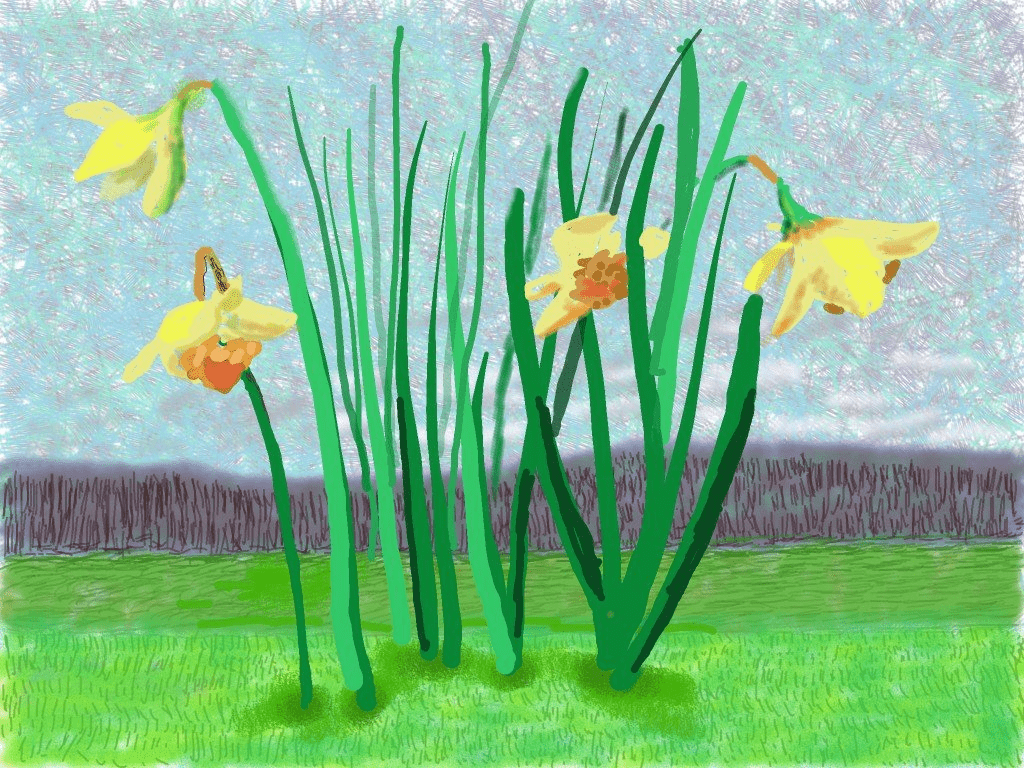 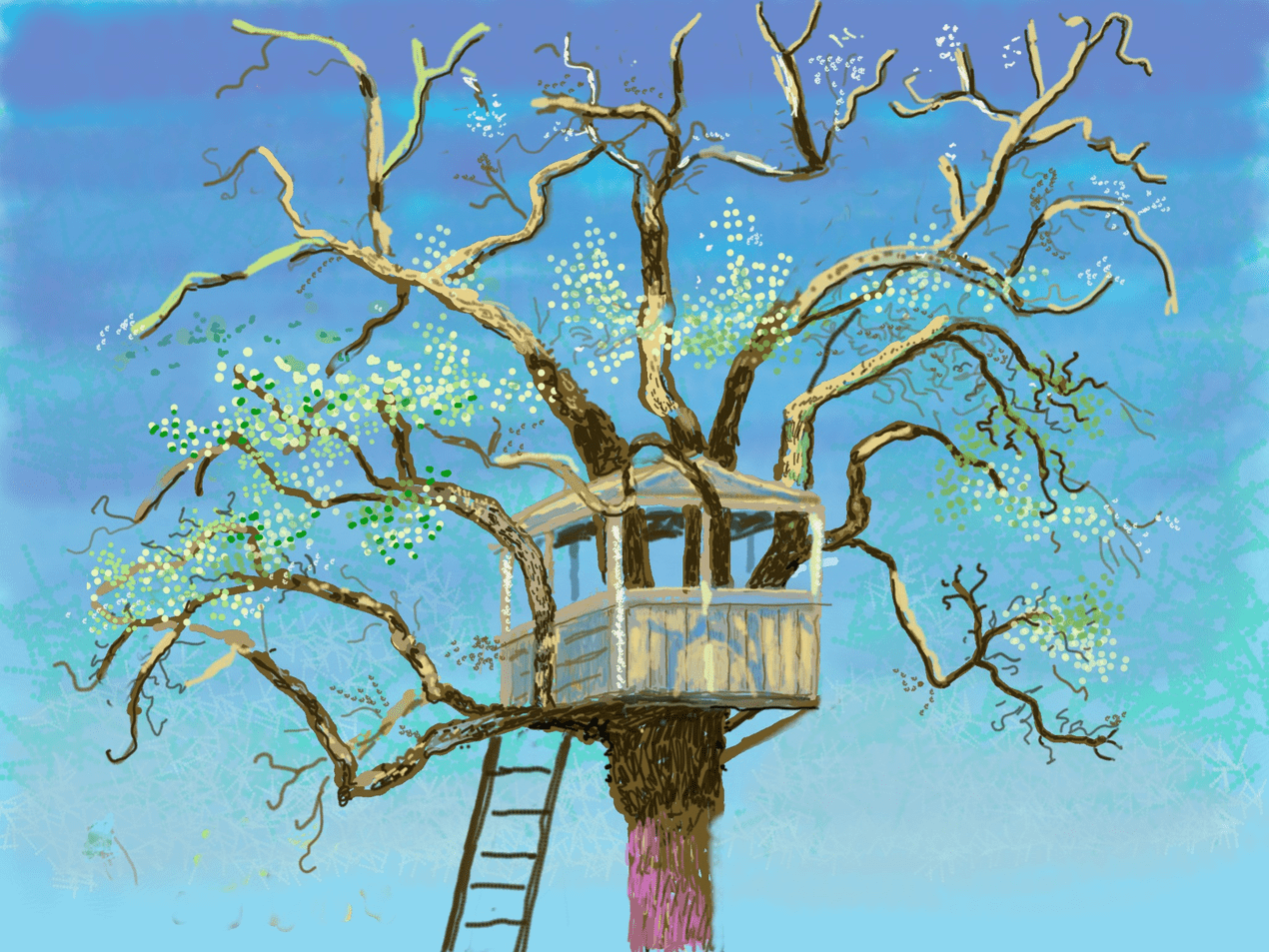 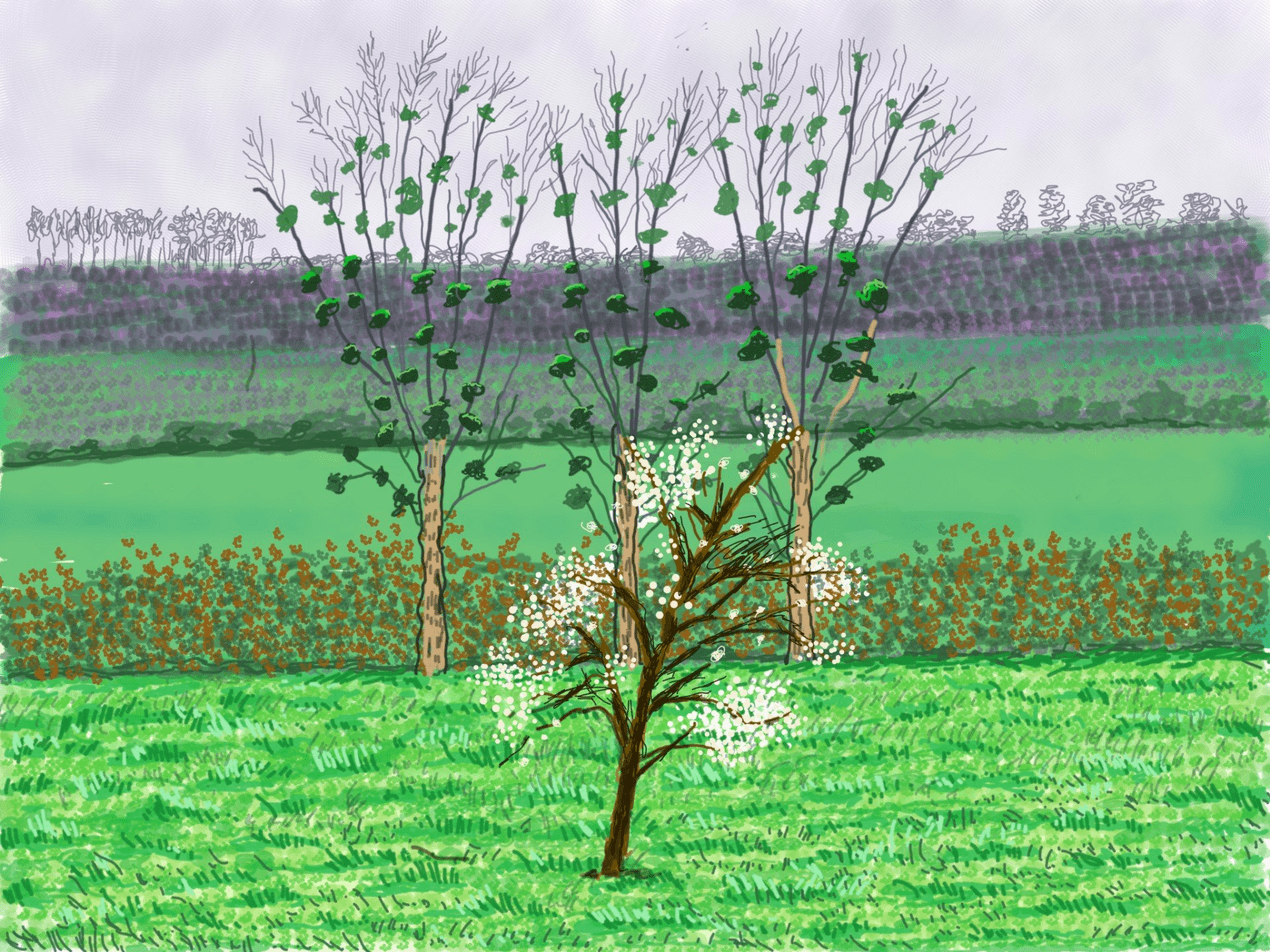 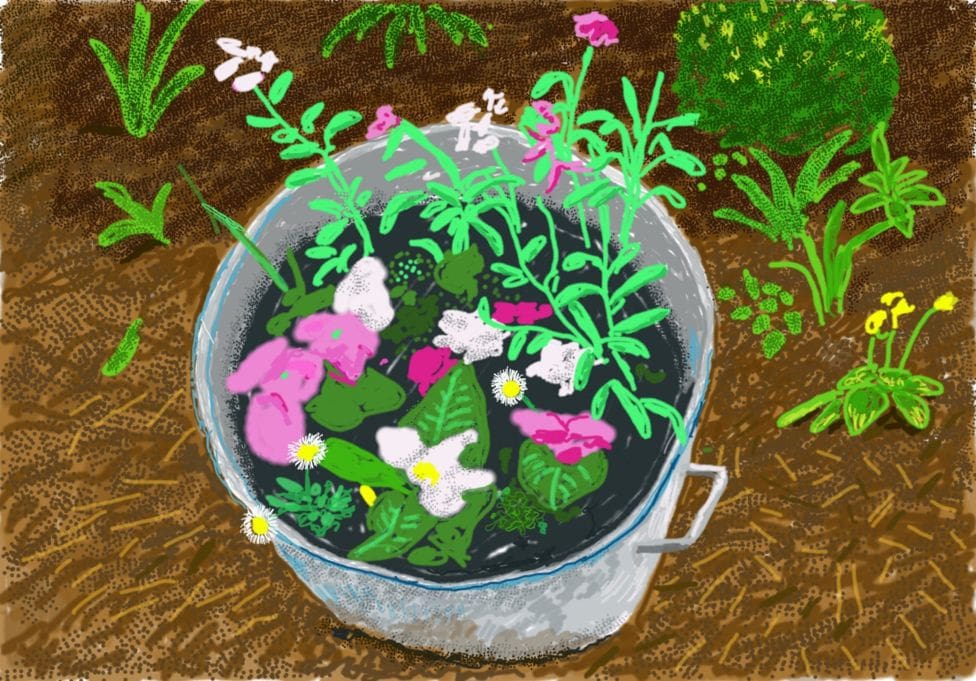 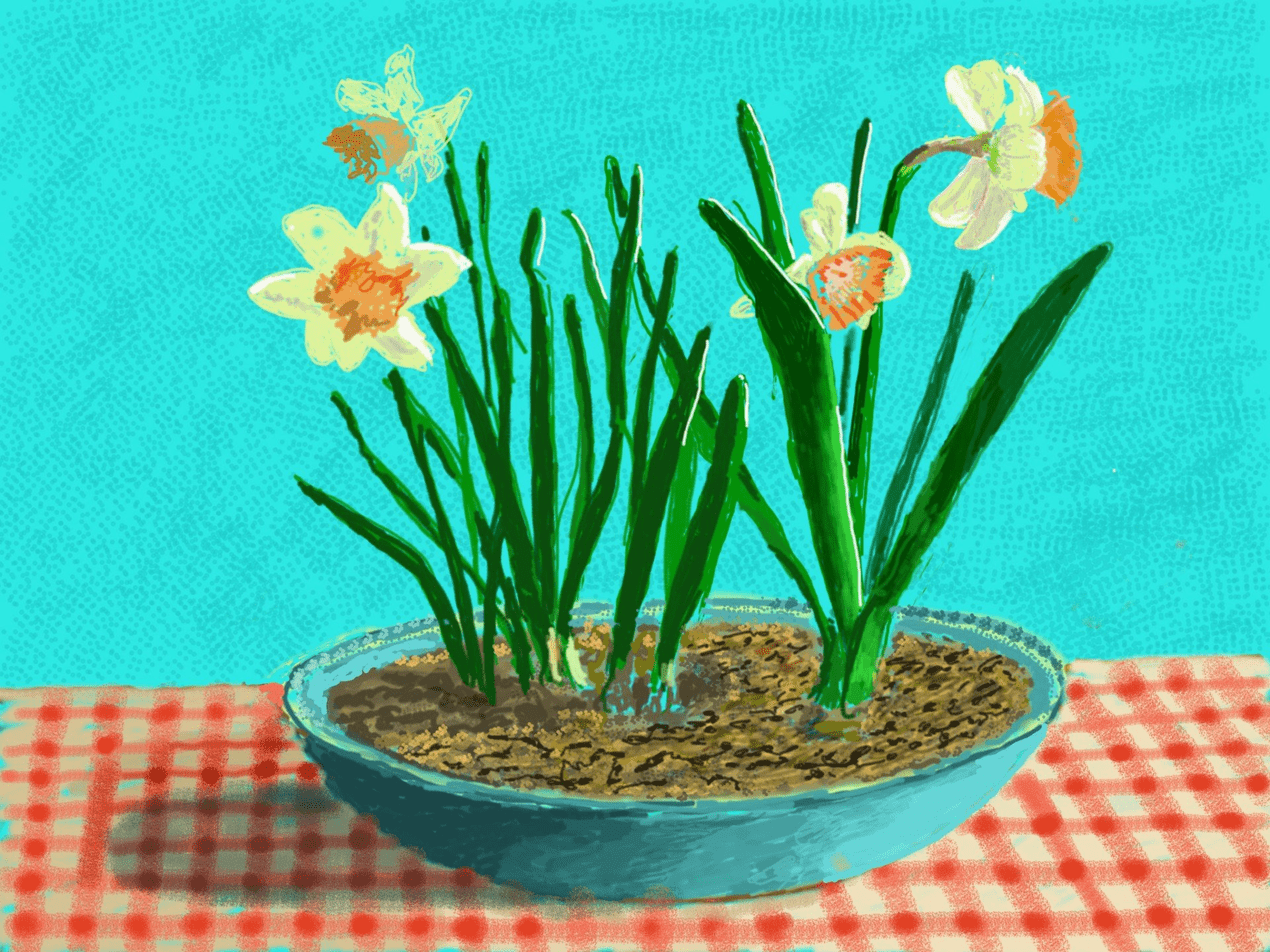 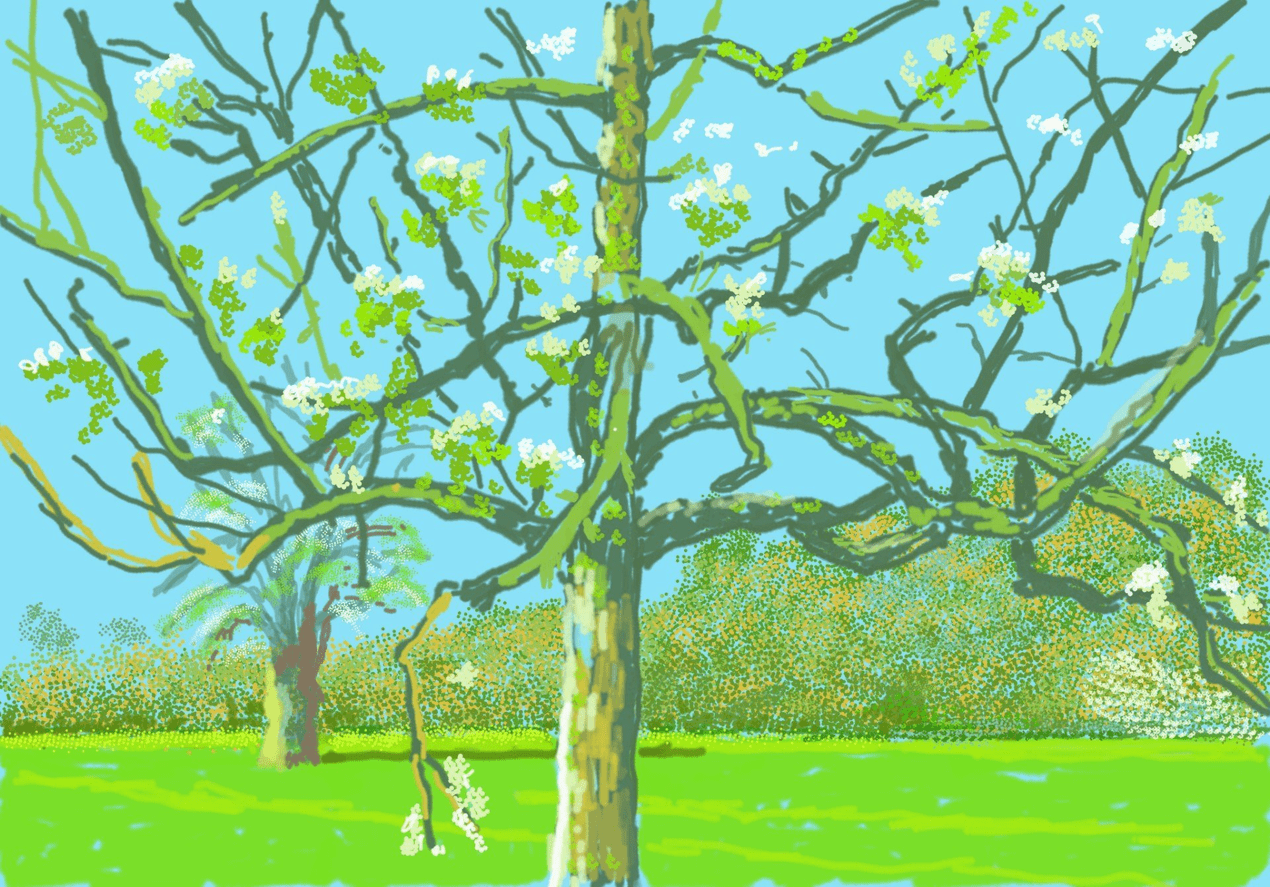