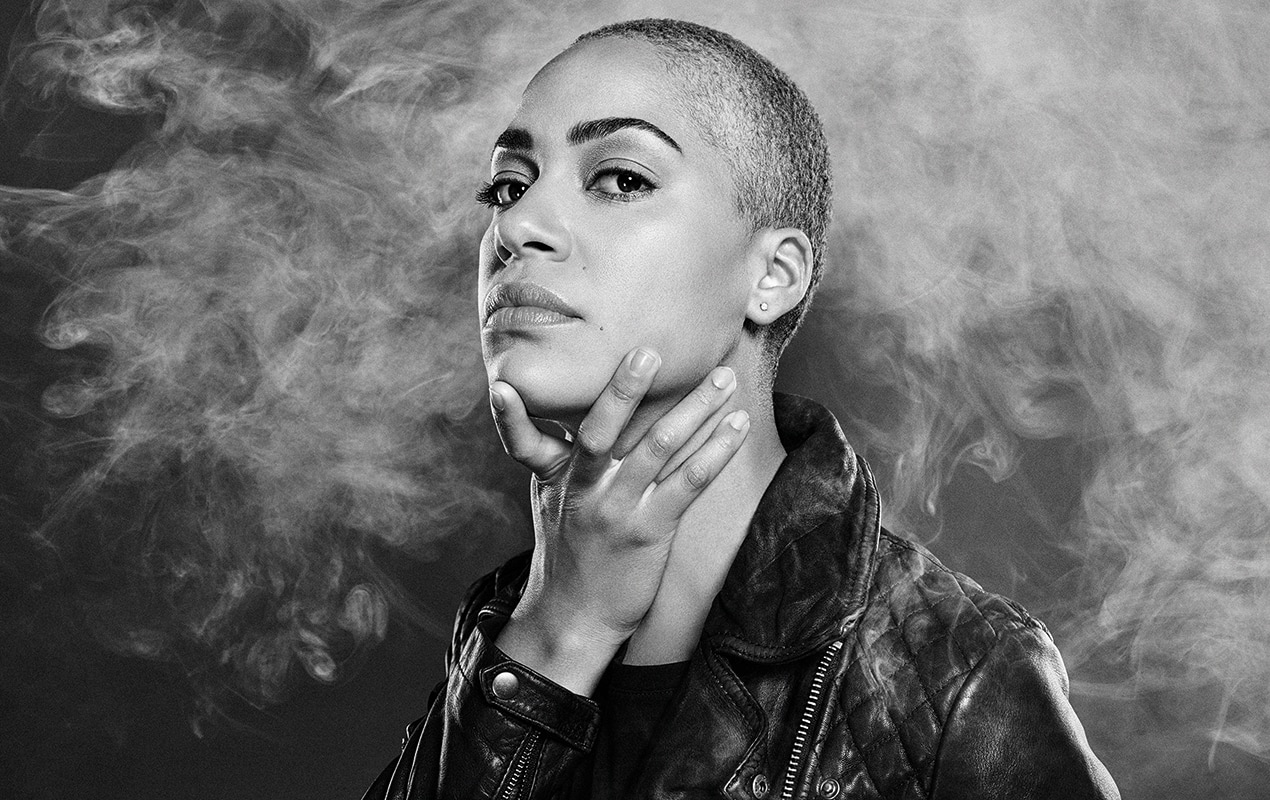 The upcoming season's theatre schedule is packed with unmissable shows

Theatres are back in full swing, with fresh adaptations and brand new plays all on the roster for the autumn/winter season. A number of notable names are taking to the stage over the coming months, from Eddie Redmaybe and Jessie Buckley in Cabaret, Saorise Ronan in Macbeth and Ralph Fiennes in a staging of T.S. Eliot’s Four Quartets. Whether you’re craving a musical, a tragedy or romantic drama, there’s plenty to whet your appetite over the coming months. Here, find our pick of the best new theatre shows that are not to be missed. 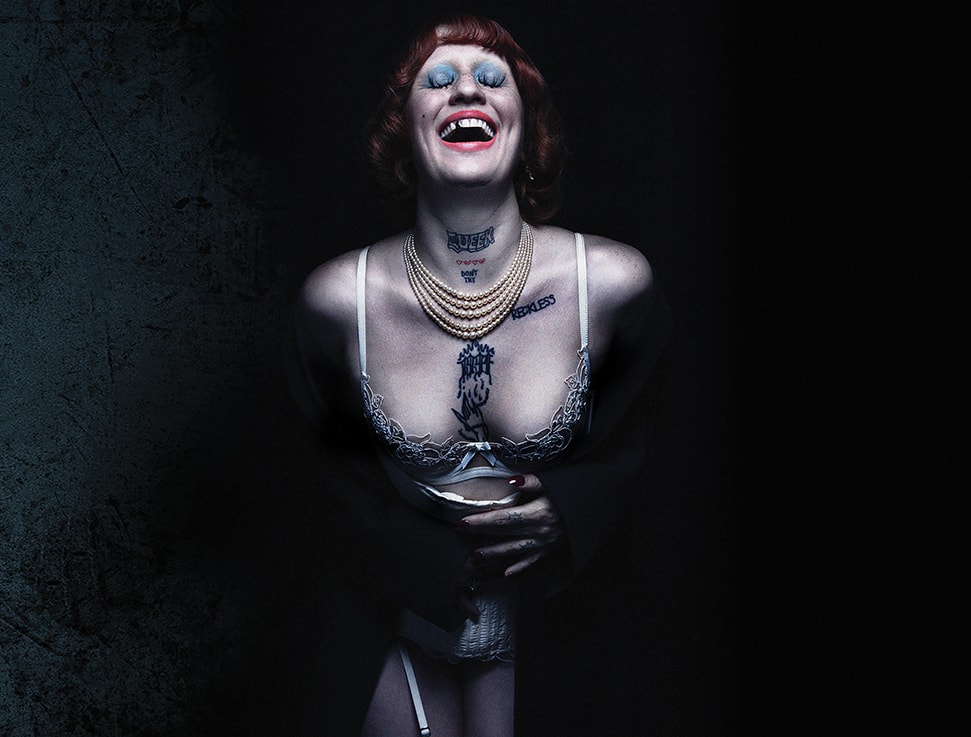 Bafta Nominee and British Independent Film award winner Jessie Buckley steps into Liza Minelli’s shoes in this new production of one of the world’s most popular musicals. Joined by multiple award-winning actor Eddie Redmayne as ‘The Emcee,’ the duo take on the electrifying and sometimes sinister story of the hedonistic scene at the Kit Kat Klub, and the doomed romance between lead cabaret performer Sally Bowles (Buckley) and the American writer Clifford Bradshaw (played by Omari Douglas), all set against the backdrop of 1929-1930’s Berlin as the Weimar is crumbling and the Nazis are edging their way to power.

The Playhouse Theatre’s production of the musical extends beyond the stage — the entire theatre has been transformed into the Kit Kat Klub, and the audience is invited to experience it themselves before the actors even take to the stage, with drinks, food and pre-show entertainment all on offer. With London audiences craving the thrill of nights out once again, tickets for the Cabaret experience are sure to sell out fast.

The Tragedy of Macbeth

The theme of exciting contemporary talents taking on famous roles continues, this time in the world of Shakespeare. The playwright’s epic tragedy, a tale of a Scottish general who is poisoned with political ambition after hearing the prophecy of three witches, leading him and his wife on a tale of betrayal, murder and madness, is seen through the fresh eyes of acclaimed director Yaël Farber. For her staging, she’s enlisted Olivier Award-nominee James McArdle — who some may recognise from his turn in HBO hit drama, Mare of Easttown — to take on the titular role, and four-time Academy Award-nominated Saoirse Ronan to play one of the most fascinating female roles, Lady Macbeth. For Ronan, this marks her stage debut, following years of stunning audiences in her leading roles in award season- darling films.

Tempestuous and unsettling, the story of Macbeth is as relevant today as when Shakespeare wrote it in 1606. Farber draws on the elemental aspects of the narrative for her production, drawing comparisons between the world of Macbeth and our contemporary socio-political climate to raise questions about ambition and the shadows that live in all of us.

The Mirror and the Light 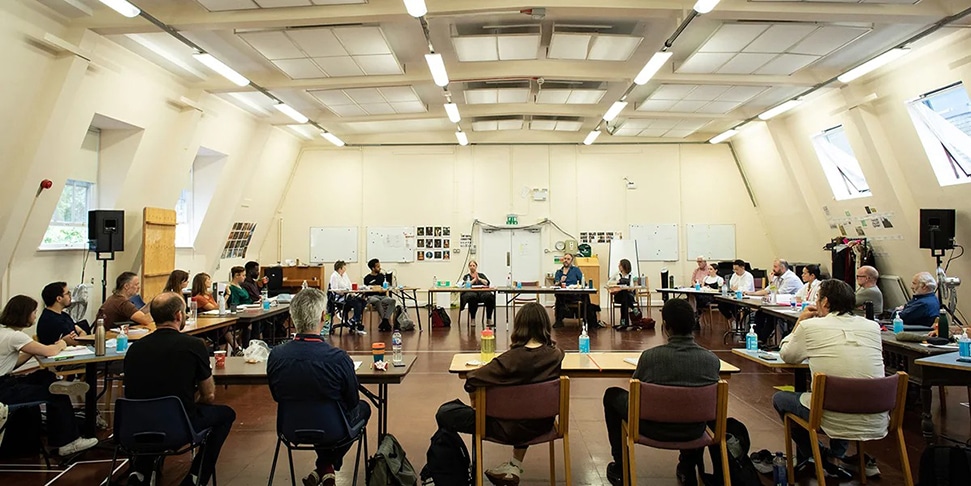 Given that the musical and theatre adaptation of Hillary Mantel’s other acclaimed books, Wolf Hall and Bring Up the Bodies, went on to enjoy sell-out seasons and win Olivier and Tony awards, it was only a matter of time before the final chapter was adapted, too. Director Jeremy Herrin returns to bring Mantel’s Booker Prize longlisted novel to the stage, with a script adapted by Mantel with Ben Miles, for an electric and exhilarating tale of life in Tudor court.

We join the action in 1536 — Anne Boleyn has faced the executioner, and now Jane Seymour faces the pressure to finally give King Henry a healthy male heir. Meanwhile, Thomas Cromwell continues to climb the ranks of power, much to the displeasure of Henry’s noble-born counsellors. But in this court, the more power and favour you garner, the more at risk you are of coming crashing down. 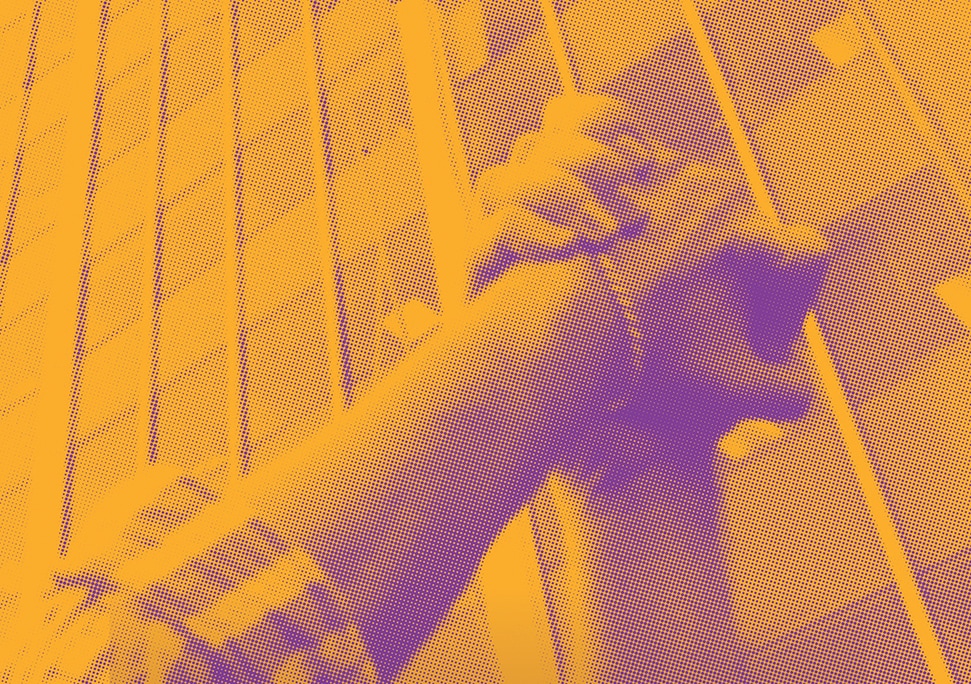 Thirty-five years after its UK debut, Larry Kramer’s ground-breaking play about the 1980s AIDS crisis returns to the London stage in this co-production from the National Theatre and Fictionhouse. Directed by Dominic Cooke, The Normal Heart is a powerful, moving story of one man’s fight to rally and unite his community to protest the government’s refusal to acknowledge and help those suffering from AIDS as it swept through New York City with terrifying speed.

The Crown’s Ben Daniels stars as the writer and activist Ned Weeks, whose anger at the injustice and dismissal of his community leads him on a fight for recognition of their right to survive. As poignant today as it was when first staged, perhaps a result of the fact that it is one of those rare plays written about a key moment in history by one of that moment’s key participants. 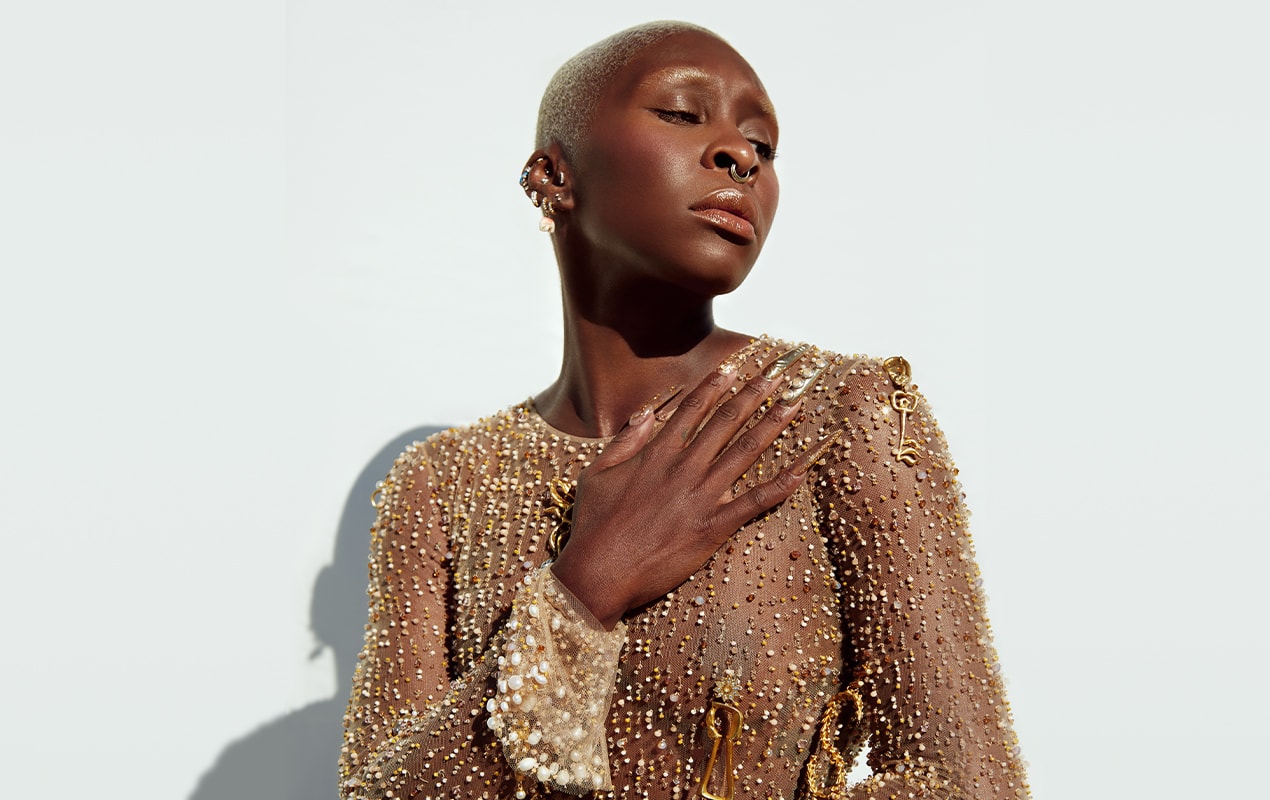 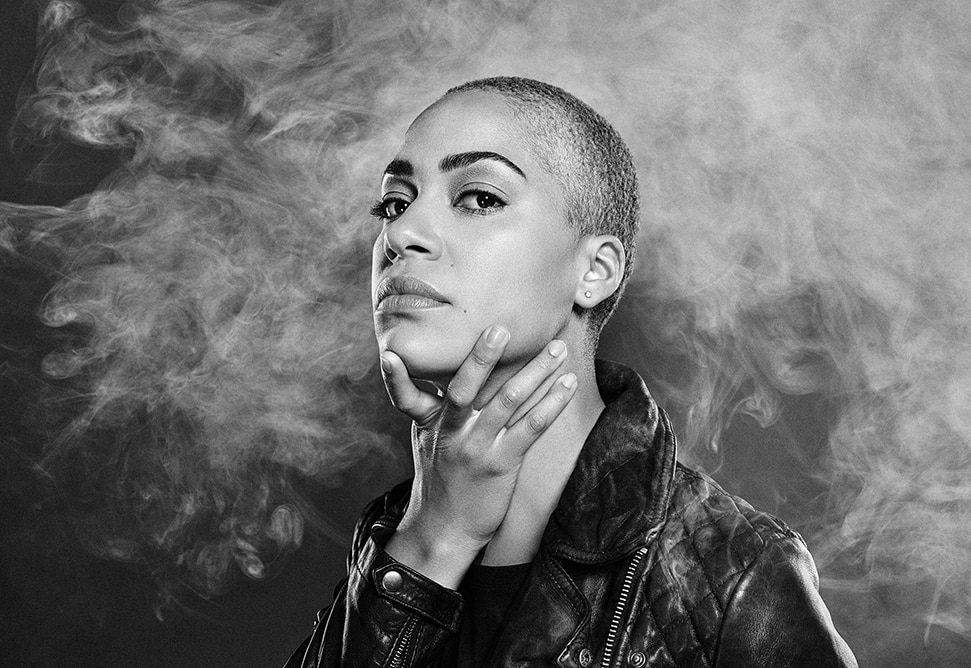 This is not the Hamlet you studied in school. For his version, director Greg Hersov has tapped his longtime collaborator, actress  Cush Jumbo — who audiences may recognise from TV shows The Good Wife and The Good Fight — to take on the titular role. Postponed from last summer, the exciting new production promises to offer a fresh, modern perspective on the Shakespeare play about politics, power and family.

This isn’t the first time Jumbo has taken on a role previously reserved for white men. In 2012, she scored an Olivier nomination for her portrayal of Mark Antony in the Donmar’s all-female Julius Caesar. Now, she’ll step into the tragic shoes of the vengeful, seeking revenge against his uncle, Claudius, who murdered Hamlet’s father in order to seize the throne and marry Hamlet’s mother.

The extraordinary, best-selling novel was already adapted into a film in 2012, but this year audiences can see the story brought to life on stage with the help of truly impressive puppetry and state-of-the-art visuals. An incredible feat of production, the adaptation sees the stage transformed into the Pacific Ocean, and the book’s wonderfully described, almost fantastical experiences realised in creative — and convincing — ways.

After a cargo ship sinks in the middle of the Pacific Ocean, five survivors are left stranded on a lifeboat – a hyena, a zebra, an orangutan, a Royal Bengal tiger, and a sixteen year-old boy, Pi. Survival seems impossible, but nonetheless they must try, and fight against all that nature throws their way to do so. 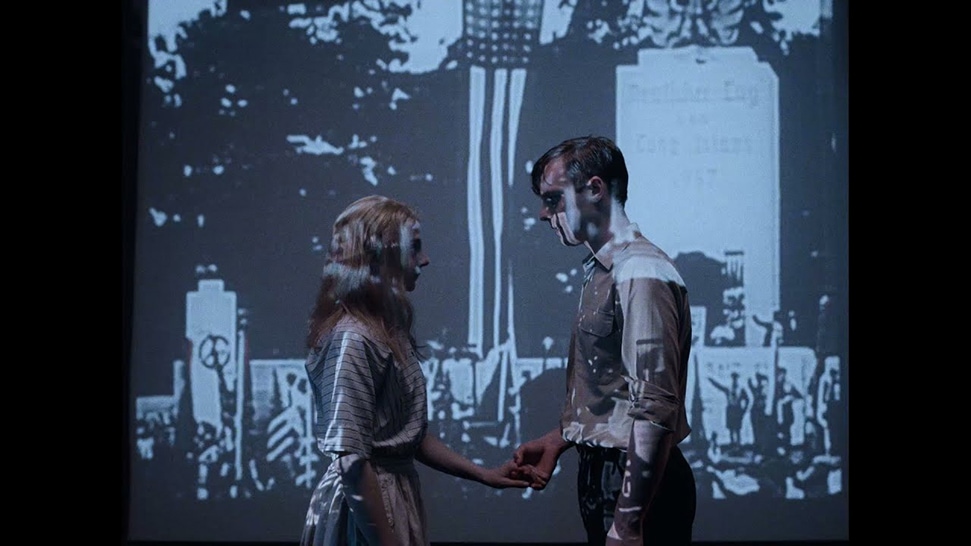 This striking play is based on the real-life Camp Siegfried, which operated on New York’s Long Island in the 1930s. In Bess Wohl’s new play, we enter it through the story of two young teen attendees, who have come to the summer camp that is exclusively for American youth of German descent. Things seem idyllic at first — a beautiful, innocent backdrop against which a first love can bloom.

But things begin to take a sinister turn as the camp leaders begin to preach a Nazi ideology and try to recruit the young minds to their doctrine. As intensity and violence builds, the Nazi ideology threatens to rip apart this young couple, a foreshadowing of the way it will devastate the world in the approaching years. 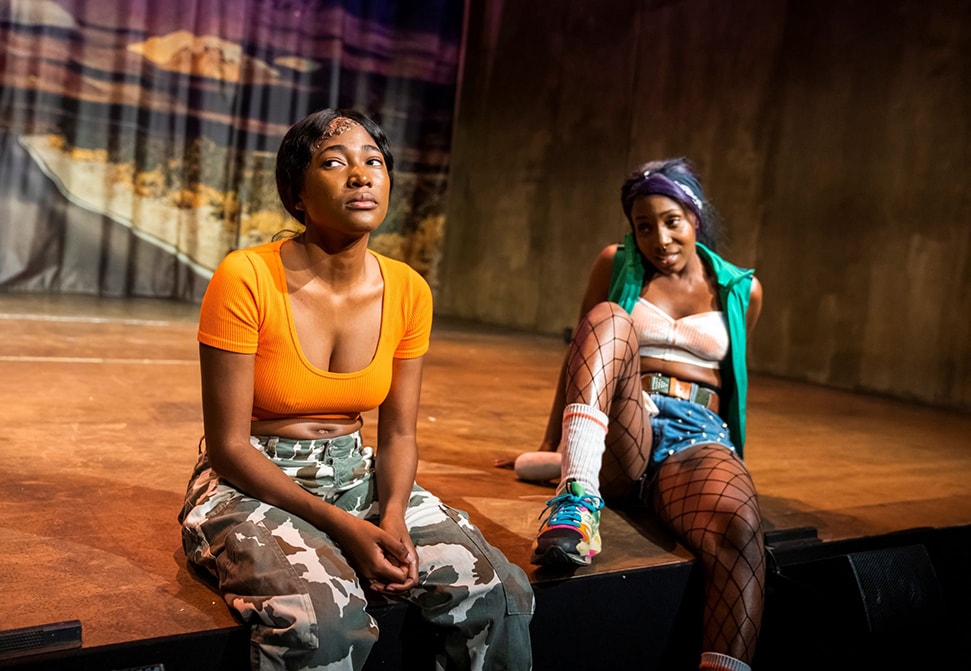 After winning the Relentless Award and Obie Award for Playwriting, Aleshea Harris’ tale finally gets its stage adaptation at the hands of director Ola Ince. Fusing together Spaghetti Westerns, hip-hop, Afropunk and a Quentin Tarantino-esque mood, this electric new play is a deeply satisfying and exhilarating story of revenge.

When they receive a letter from the mother they thought was dead, 21 year old twins Racine and Anaia set out on a mission to avenge her. This takes them on a journey from the Dirty South to the California desert, taking down anyone who stands in the way of their vengeance along the way. Riveting and funny with plenty of violent moments, it’s a revenge play like no other. 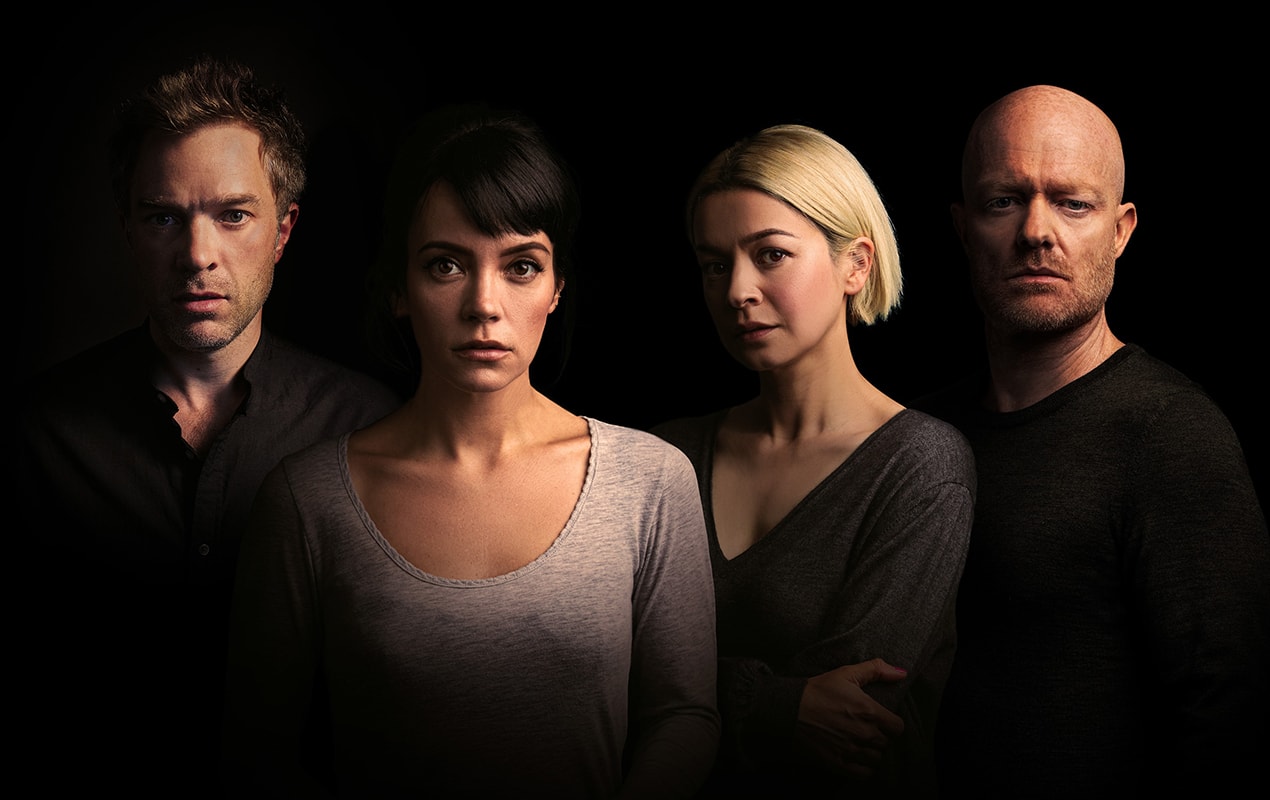 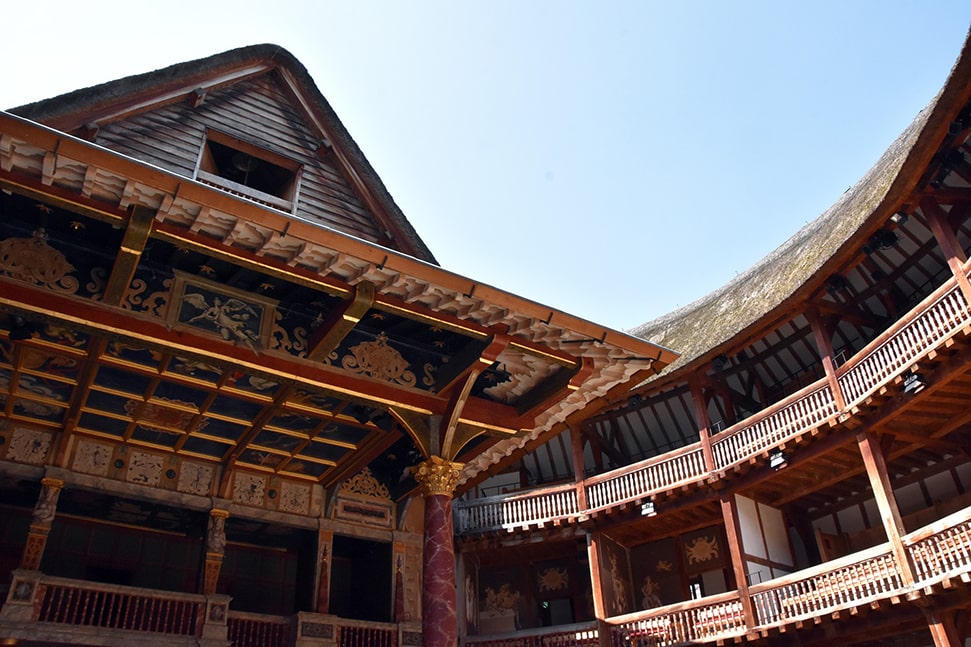 This season marks the arrival of a new play, inspired by stories penned 2000 years ago, written specifically for the unique candlelit Sam Wanamaker Playhouse. Metamorphoses sees Ovid’s powerful and influential stories about transformation, politics and human nature adapted by a trio of playwrights, Sami Ibrahim, Laura Lomas and Sabrina Mahfouz, who created the work as the culmination of their twelve month writing residency.

With four actors and a hundred props, the new drama explores the epic possibilities of human nature and human evolution, with the featured stories ranging from the everyday to the fantastical. 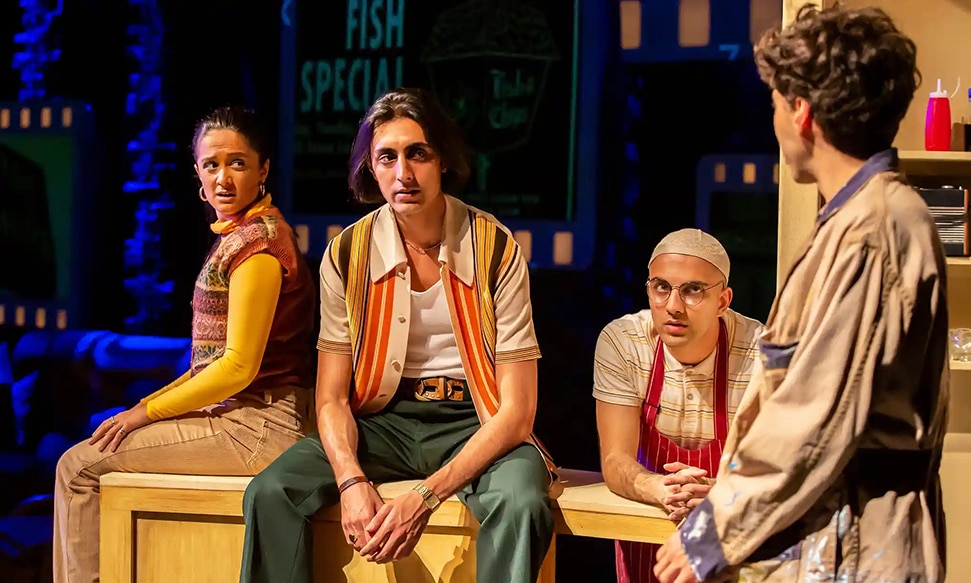 The Lyttelton Theatre celebrates its reopening with a staging of Ayub Khan Din’s much-loved comedy drama, as part of a 25th anniversary tour. Perhaps best known for the BAFTA award-winning film, the moving and funny tale of the clash of cultures within one family is reimagined through the lens of director Iqbal Khan.

Set in Salford, outside Manchester, in 1971, the play focuses on the Khan family, where patriarch George Khan is desperately trying to raise his family in the traditional Pakistani way.  But his children have other ideas — Abdul and Tariq aren’t ready to be married off, Saleem wants to explore the arts, Meenah wants to dress like the other kids at school and Sajit wants to shuffle around in his parka. And with their English mother, Ella, torn between them, it seems that George is fighting a losing battle.

Love and Other Acts of Violence

A subversive and intimate love story about inheritance, politics and history, Cordelia Lynn’s new play is an exciting re-opening show for Donmar Warehouse. Starring Abigail Weinstock and Richard Katz, the play follows the relationship between a young Jewish physicist and an activist poet. After meeting at a party, a romance ensues, and the two quickly fall in love.

But as society splinters around them, the couple’s love proves to not be immune to the external struggles, and as a fight to survive erupts into violence, questions of loyalty and betrayal come into a new view. 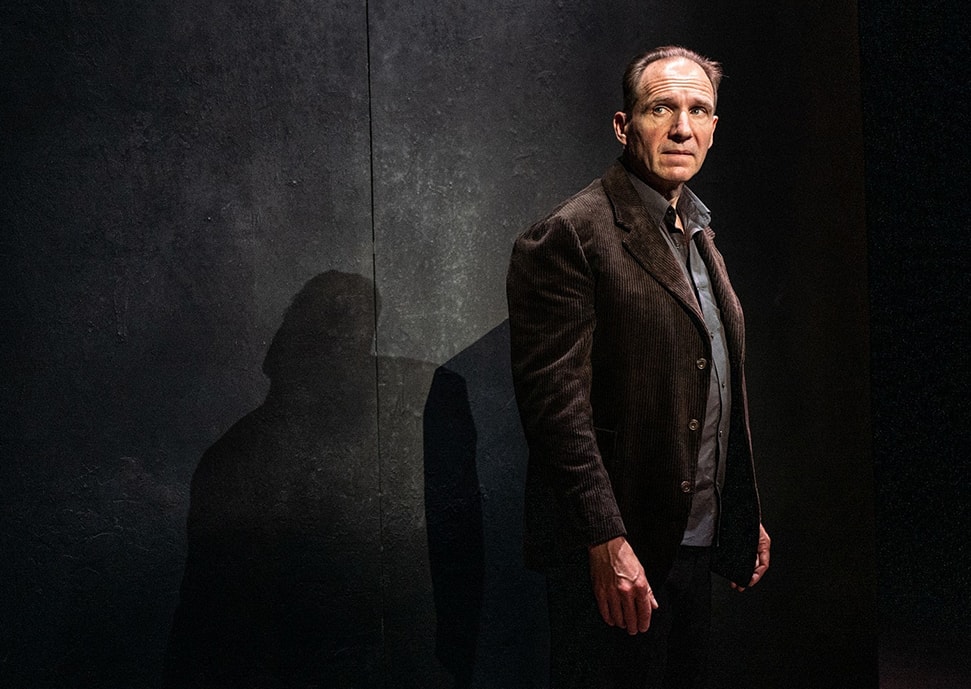 Ralph Fiennes returns to the stage for the world premiere stage adaptation of Four Quartets, T.S. Eliot’s final masterpiece. In large part written during the Second World War, when the closure of theatres during the Blitz meant Eliot’s playwriting was disrupted, Four Quartets is composed of four interwoven meditations on the nature of time, faith and the quest for spiritual enlightenment.

The combination of Fiennes and Eliot undoubtedly makes for magnetic live theatre, with early reviews indicating that this is a tour-de-force performance for the acclaimed actor.