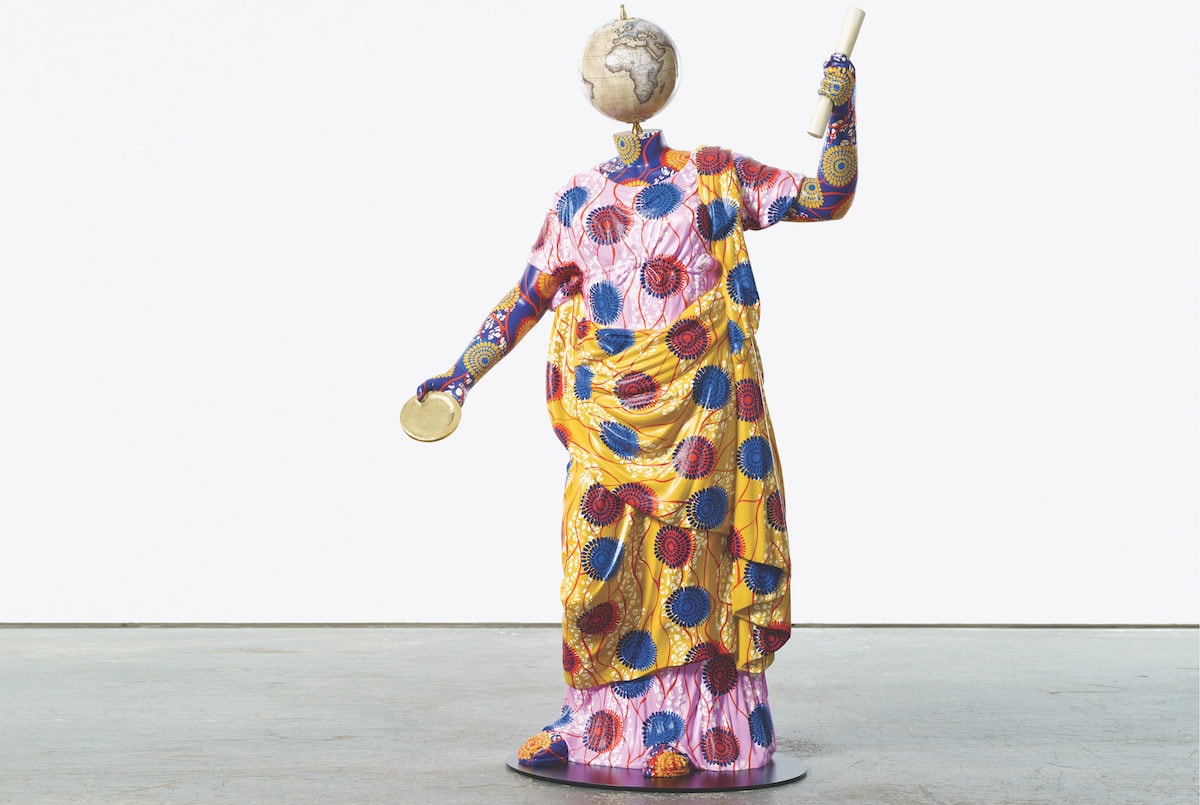 Frieze represents all that is exciting about contemporary art, its ever-expanding programme of immersive sideshows strengthening its impact on London and the art world. This year’s edition promises to be the most globally diverse yet.

If you’ve taken a stroll through Regent’s Park recently, you may have noticed some unusual additions scattered across the lawns and hidden among the foliage, from an enormous bronze figure by Tracey Emin, to Robert Indiana’s collection of sizeable steel numbers, One Through Zero. This injection of world-renowned art is the work of Frieze Sculpture, an expansive, three-month, free outdoor exhibition that attests to Frieze Fairs’ ever-expanding influence across the city – not to mention its counterparts in New York and LA. For one week at the beginning of October (the sculpture park also runs until 6 October 2019) the entire art world looks to London, and while the act of buying and selling work remains significant for dealers and collectors, it is but one facet of a huge cultural affair that signals major exhibition openings, talks, events, screenings, performances and even other fairs.

For its 16th iteration, and with Britain still firmly under the shadow of Brexit, Frieze London is embracing a distinctly international outlook. Director Victoria Siddall promises that it will be the most globally diverse edition to date and will “embody the exceptional international spirit of London”. This includes a swathe of galleries exhibiting for the first time, from Taipei’s Chi-Wen, which counts Victoria Sin and Tao Hui among its artists, to Tiwani Contemporary in London, which champions artists from the African diaspora, including the 2018 Frieze Artist Award recipient, Kapwani Kiwanga. This year, the gallery will present Joy Labinjo, whose paintings depict the intimacies of life among her British-Nigerian family. She will soon have a major exhibition at BALTIC in Gateshead.

Frieze is often cited as one of the major players responsible for rejuvenating London’s art scene back in the early ‘00s. To this day, new galleries and cultural centres continue to flock to the city, including Goodman Gallery, which inaugurates its new space in the nascent Cork Street arts development, as the fair opens its doors. Liza Essers, owner and director of the South African gallery, explains why now is the right moment to pitch up in the capital: “It is time for a gallery from the African continent to play more of a frontline role in shaping international arts discourse. In this global moment of heightened nationalist sentiment propelled by populist politics, it is more important than ever to reach across borders.” For its Frieze presentation, a changing roster of artists paired in dialogue showcases the incredible talent that the gallery champions. For example, British artist Yinka Shonibare, famed for his batik-covered sculptures and reimaginings of colonial histories, will be exhibited with Zimbabwean painter Misheck Masamvu, who considers each mark or gesture to be part of a network of subconscious signs and symbols.

Other sure-fire highlights include New York Gallery Sikkema Jenkins & Co, which is presenting work by Kara Walker, to coincide with her much-anticipated, site-specific commission in Tate Modern’s Turbine Hall. Her explorations of systemic racism range from paper silhouettes that reference offensive stereotypes, to sculptures that highlight the pervasive legacy of slavery within cultural institutions, commerce and philanthropy.

Meanwhile, at Frieze Masters (the fair counterpart that looks beyond the contemporary) Lisson Gallery celebrates the legacy of the late, great Susan Hiller, featuring some of the artist’s earliest works, as well as those spanning her decades of art production. Gallery Hyundai commemorates another sizeable legacy with a solo booth dedicated to Nam June Paik, the prophetic Korean-American video artist who is also the subject of a major retrospective at Tate Modern. He is cited as the man behind the term “electronic superhighway”, which foretold the coming of the digital revolution.

With so many galleries participating in the main fairs, one might be forgiven for forgetting the other projects Frieze has to offer, which are often the most intriguing. For example, the title for this year’s themed section is Woven, which brings together eight artists who explore textiles in their practice. This section explodes the idea that weaving, sewing, knitting and material production are confined to the realms of the domestic or applied arts, and instead celebrates indigenous heritage and underground traditions, while challenging colonial histories. These include Mrinalini Mukherjee’s sculptures conceived from dyed hemp and natural rope, and Pacita Abad’s brightly coloured abstract mixed-media pieces that are influenced by Islamic Filipino textiles and Italian quilting techniques. Visitors will also be treated to Unearthly Delights, a ‘cosmic night garden’ conceived by Chitra Ganesh.

Curator Cosmin Costinas has high expectations for Woven, which will hopefully build on the impact of previous years’ sections that championed overlooked female artists. “Together, these eight solo presentations will make visible the histories and continuous legacies of the colonial catastrophe, from the economies around textiles to current forms of exploitation and political complicity,” he says. While the impact of these mini-sections isn’t entirely intangible, previous years, through presentations such as Sex Work and Social Work, have shown that a concerted effort to champion lesser-known artists who have disrupted the status quo can actively change collecting habits and bring about unprecedented levels of recognition.

Moving beyond the booths, the Frieze Live programme offers a selection of performances that take place among the fair throng, delighting and baffling visitors in equal measure. Last year saw Julie Scher’s female security guards patrol in pink uniforms, while Laure Prouvost’s opera singer broadcast snatches of overheard conversations throughout the fair. The 2019 iteration, however, “aims to inspire a physical form of thinking where solutions can be found and felt within the body”. In other words, Frieze Live will be focusing on the expanded field of dance and choreography. Expect the wild, animalistic movements of Cecilia Bengolea and her performers, as well as William Forsythe’s radical interpretations of classical ballet.

One final, timely new commission comes from Himali Singh Soin, winner of the 2019 Frieze Artist Award. The London- and Delhi-based artist’s film we are opposite like that builds on her ongoing research project into remote areas of the Arctic and Antarctic circles and draws parallels with the Victorian fear that Britain would be overtaken by arctic ice. As the present-day implications of climate change prove that this could not be further from the truth, Singh Soin posits a wider question: has the country always feared the encroachment of the outside world?