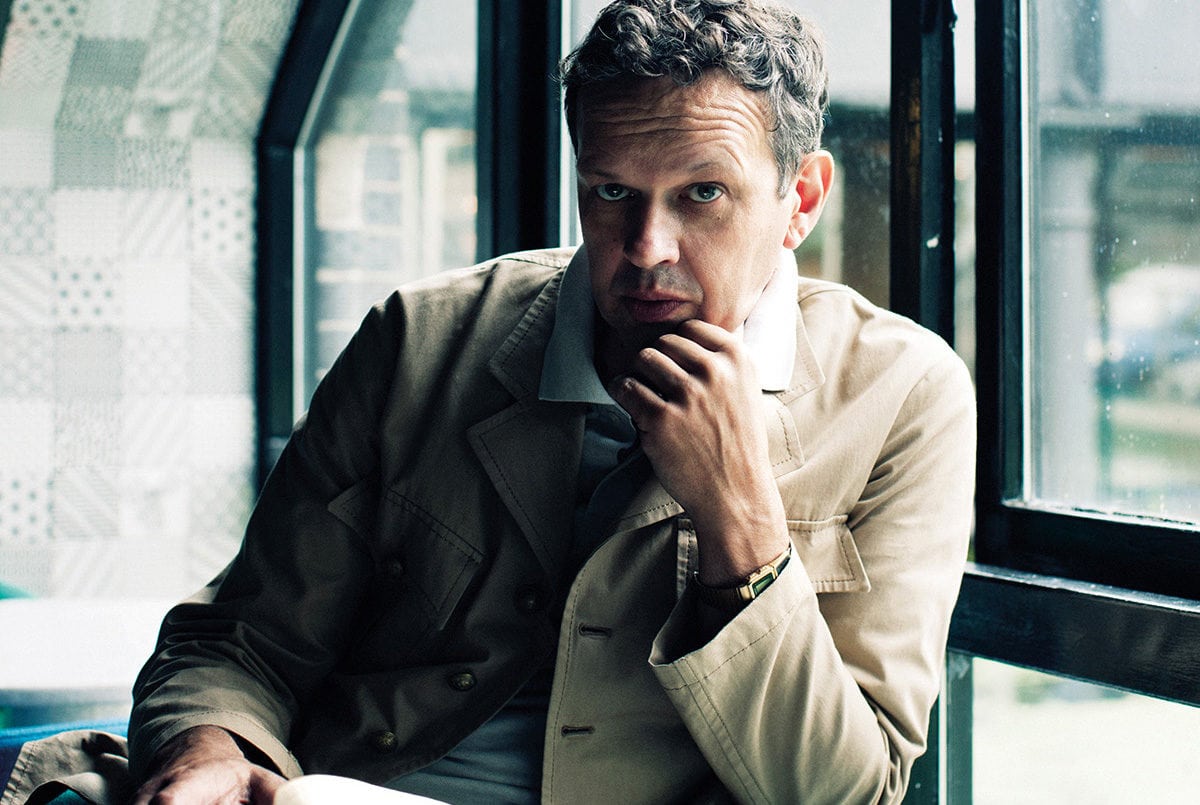 The maverick of British design introduces his Granary Square showroom

World domination beckons for charismatic designer Tom Dixon, as he takes us behind the scenes of his Granary Square empire in this profile from summer 2018.

Kings Cross is currently London’s most buzzing neighbourhood. Once the dingy brownfield no man’s land north of the station, a late-night destination for clubbers frequenting The Cross and Bagley’s, is now unrecognisable. On a sunny summer’s day the energy is palpable; the tidy expanse of Granary Square is traversed by fashion and art students heading to Central St Martins, people relax on the astro turf of a pop-up open-air cinema lining the canal banks, and a distinctive, if slightly surreal, skyline is taking shape – defined by the rotund Gasholders development and the sloping twin roofs of Heatherwick Studio’s Coal Drops Yard shopping centre.

Where else then for British maverick designer Tom Dixon to set up shop (not to mention design studio, restaurant, office and workspace) for the next, more public-facing chapter in his 16-year-old brand’s story. The relocation took him a while: “I was looking for a big open white warehouse space, a white cube, but I’ve ended up in much the same building I was in before,” Dixon muses, looking debonair in a pale blue and white striped cotton suit, while hosting a tour of his new headquarters.

Named The Coal Office, the new HQ overlooks Granary Square and inherits its title from its original 19th-century function as a coal distribution centre. “It’s on the same canal as our old home,” Dixon says, referring to Portobello Dock in Ladbroke Grove, “but is in a much more useful location and is a more luminous property. Although it’s still a Victorian building and is very awkward from an operational perspective, it’s got a lot of character, which is what you wouldn’t get in a big white cube.” 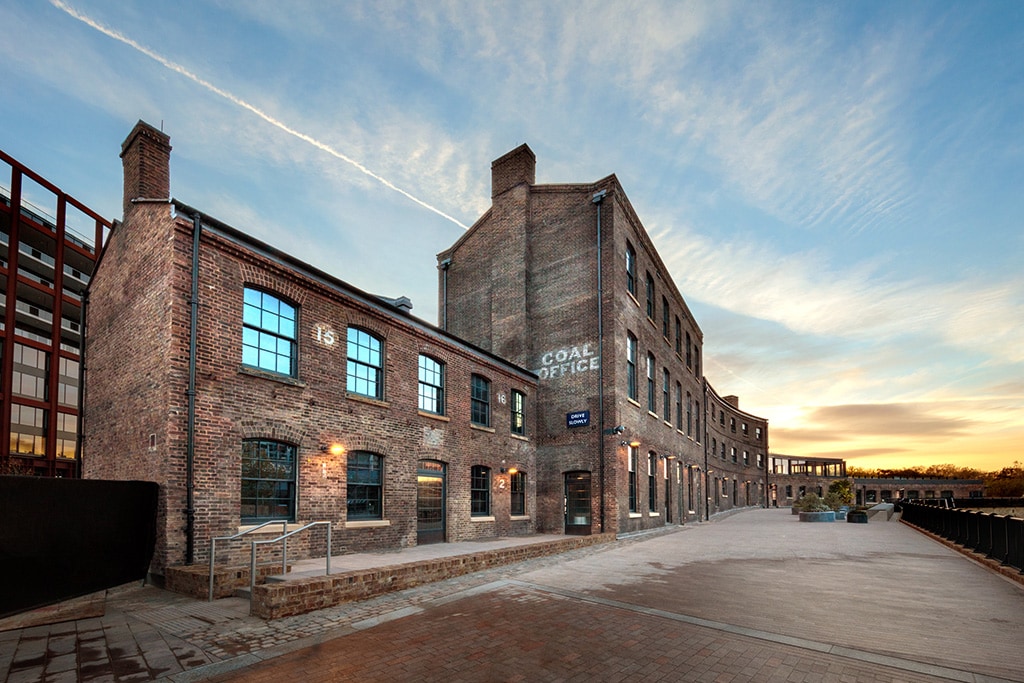 He’s right. The slender brick-built warehouse is long and narrow but curves beautifully, following the bend of the Regent’s Canal. What’s more, its gritty industrial past feels apt for a design brand shaped by a self-taught welder with a talent for working utilitarian materials such as copper, brass and stainless steel into desirable lighting and furniture. The new location is all part of Dixon’s expansion strategy, evolving from a predominantly wholesale business selling to architects and interior designers into a retailer with a public presence. It’s not just a local ambition either. In recent years the publicity-savvy designer has also boosted his international profile.

There was this year’s ‘Tom tour’, whereby he circumnavigated the globe (shunning his usual annual installation at Salone del Mobile in April) to visit to his distributors in locations as diverse as Casablanca, Toronto, Cape Town, Reykjavik and Poland. America was in the spotlight, too, with Dixon opening a monobrand store in LA’s Culver City, while also relocating his New York outpost from Howard Street to an impressive three-storey showroom on the more prestigious Greene Street in SoHo. A Hong Kong showroom opened last year, also.

So, world domination beckons. In the past seven years or so he has focused on producing affordable accessories from bar and glassware and coffee sets to gifting with scented candles, tea-light holders and doorstops. It’s lighting that remains his most successful product, though. It’s hard to dine out in most world cities now without spotting one of his bestselling Beat or Copper pendant lights. As for hotel lounges, cocktail bars and members’ clubs, his Wingback armchair – a shapely contemporary reinvention of a classic – has become a popular staple. Not bad for a comprehensive kid who left his Holland Park school with one A-level: a grade A in pottery. 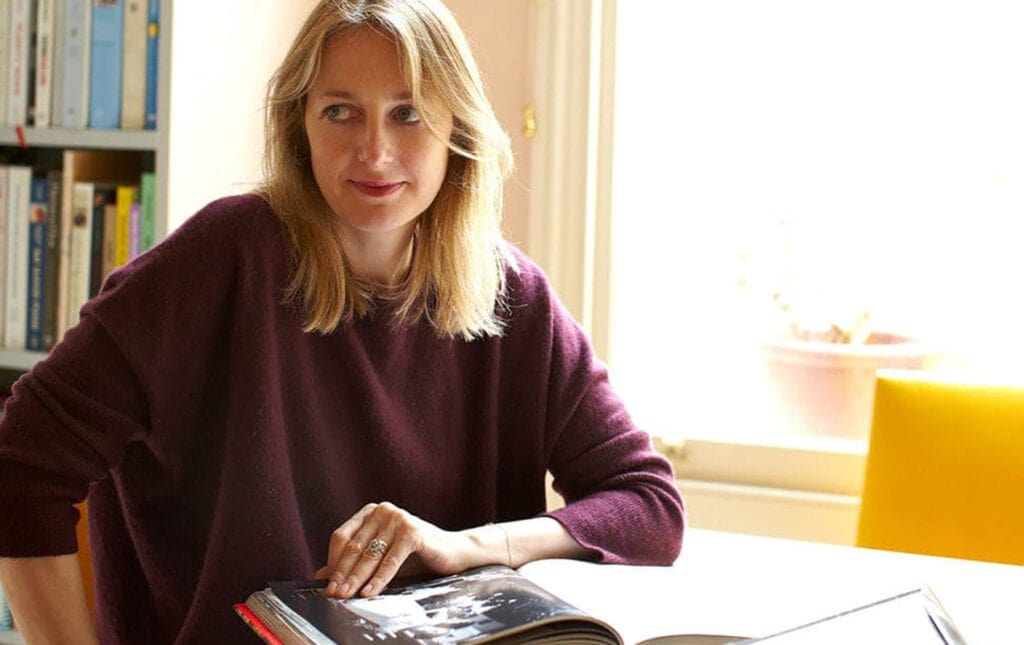 “I wasn’t very good at art. I wasn’t very good at school,” he recalls. “I went to a crap, failing comprehensive, but it had an amazing pottery department where I learnt the ability to convert a rough, greasy, ugly material into something semi-desirable – at least to my mother.” Today he makes a direct connection with this early foray into creativity with his studio’s output: “Raw materials are the beginnings of everything we do,” he says.

A career in art or design initially seemed derailed when he dropped out of Chelsea School of Art to join the 1980s funk outfit Funkapolitan. He enjoyed a two-year stint playing bass with them, touring with 1908s bands such as Simple Minds and The Clash. From there he segued into the nightclub business, which is where the welding comes in. Dixon first brandished his blow torch as a live stage act for a regular Monday club night, but what started as entertainment morphed into something more tangible as his hand-welded salvaged furniture became popular with club goers – including the likes of photographer Mario Testino – who wanted to buy his pieces.

His star was in the ascent. By the late 80s he was working for the pioneering Italian furniture brand Cappellini, for whom he designed the S chair. For a contrarian who admits he spends his life trying to “stick out from the crowd” and who steadfastly refuses to conform to the usual interview narrative – eschewing “those favourites questions” – Dixon will at least concede that the S chair is important. “It gave me a global reputation and was something that I made with my own hands,” he says. “I made the first prototype out of scrap metal and then made a limited production batch in a rush, so it became a mini mass production. Then it became a Cappellini piece and went into MoMA. Now we have it back in my collection under my own name as a kind of prequel, and it still exists at Cappellini in its interim form. So that one has followed me round in the way that nothing else has.” 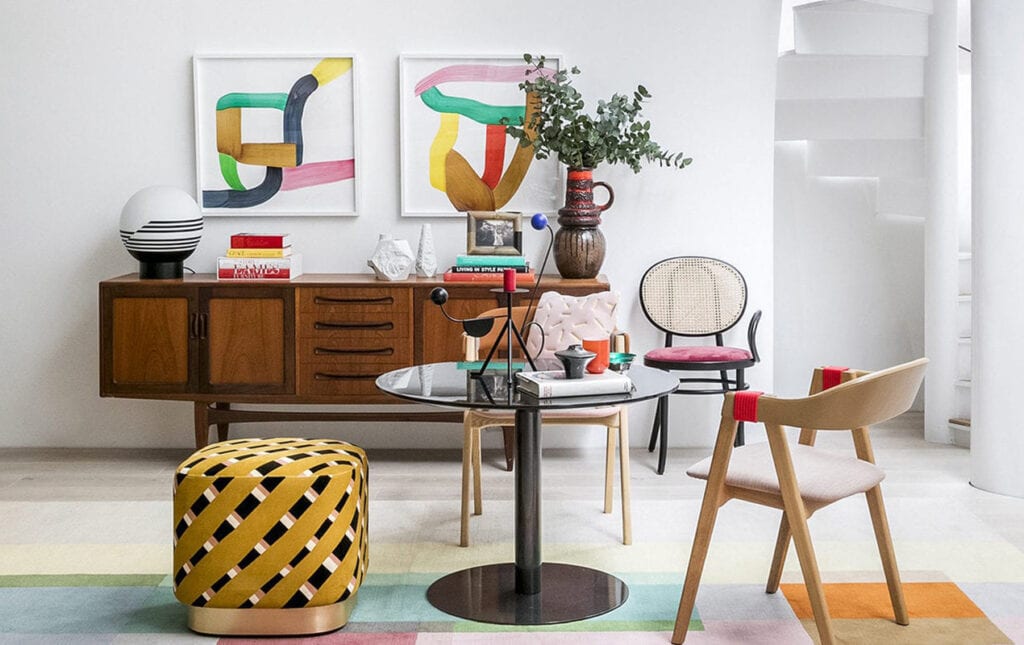 The top interiors trends and key pieces to update your home

Since the 90s he’s been a household name in the UK, another breakthrough piece being the stackable polypropylene Jack light that he produced with his own company Eurolounge. Bold and fun, it was the perfect statement piece to accompany the loft living warehouse aesthetic that defined the decade. Then a 10-year spell at Terence Conran’s Habitat, first as head of design and then creative director, taught him a few lessons in retail no doubt. Once asked if he’d like to be considered as the next Terence Conran, Dixon replied, “That would be a great accolade, sure. I’d rather be the first me though.”

Fast forward to 2018 and Dixon is at the helm of a global design brand, selling in 68 countries worldwide. He also runs an interiors subsidiary, Design Research Studio, which has conceived high-profile projects such as Shoreditch House, the Mondrian London at Sea Containers House for the US-based hotel group and a contemporary reinvention of Le Drugstore in Paris.

His next restaurant project is closer to home. Dixon is partnering with Israeli chef Assaf Granit, who is co-owner of The Palomar and The Barbary in London, to open a 160-cover restaurant on the top floor and rooftop of his new headquarters this September. At a time when retail is suffering it seems brave to leap so enthusiastically into bricks and mortar, but it’s clear that Dixon intends to offer a richer proposition than most. “We didn’t just want a dusty old furniture shop.

It was much better to have a combination of food, an active design and sales office and professional services all rolled into one. We’re bringing the workshop to the front of the retail experience with – if we get it right – adding world-class food, too,” he says.

It may seem pioneering, but for Dixon who is the charismatic combination of arch antagonist and consummate performer (and who, incidentally, still plays in a band), it’s nothing new. “Mixing it up has always been interesting to me and demonstrating stuff was something I’ve done from the very beginning. I started off welding on stage. It’s all part of the entertainment business.”