What to watch next: The essential LGBTQ+ films to screen this Pride

From poignant coming-of-age tales to provocative comedies and groundbreaking documentaries, these are the seminal queer movies to add to your must-watch list 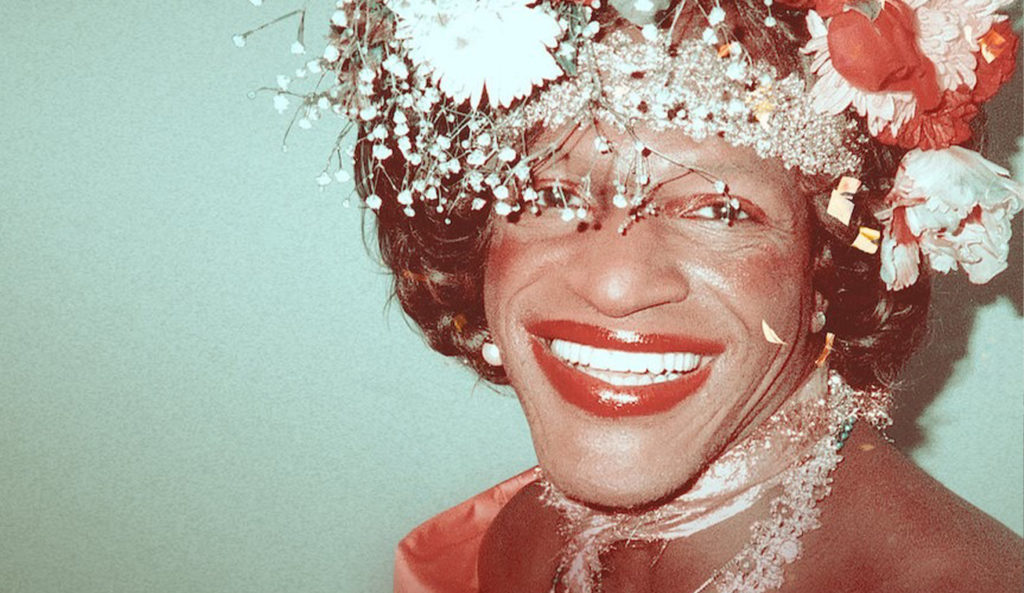 The stories we consume have the power to shape how we see other people, as well as the world around us – and this has never been more true than in the turbulent times we currently find ourselves living in. Representation is key, which is why it’s so important to watch and celebrate the seminal queer movies that really reflect the experiences of gay and trans communities. In honour of Pride Month, we’ve rounded up the best LGBTQ+ films to inspire, entertain and uplift.

Happy Birthday, Marsha! is about African-American transgender artist and activist Marsha ‘Pay It No Mind’ Johnson, who played a pivotal role in instigating the 1969 Stonewall anti-policing riots in New York City. The slickly put together film – which combines archive footage with re-enactments – recounts the final few hours before the protests kicked off, sparked by an early morning – and excessively violent – raid by police at the Stonewall Inn, a gay club located in Greenwich Village. The film is a beautiful tribute to Marsha (played by Independent Spirit Award Winner Mya Taylor) and what she achieved at Stonewall, a watershed event for the gay liberation movement that was to have an enormous impact on the LGBTQ+ community.

A coming-of-age LGBTQ film – directed by Luca Guadagnino and with a screenplay by the inimitable James Ivory – about the blossoming romance between an adolescent boy Elio (Timothée Chalamet) and Oliver (Armie Hammer), a guest at Elio’s parents’ paradisiacal summer home in northern Italy. Based on André Aciman’s novel of the same name, this is a story of longing and sexual awakening told against a backdrop of rolling Italian countryside, with languid, sun-drenched days spent by the pool, picking peaches in the family orchard and playing music. It’s the final installment of Guadagnino’s ‘Desire’ trilogy – the others were I Am Love (2009) and A Bigger Splash (2015) – and like its predecessors, is as visually arresting as it is sensual, evocative and deeply moving.

Jennie Livingstone’s landmark documentary – which won the grand jury prize at the Sundance film festival in 1991 – explores New York City’s drag-ball subculture in the Eighties, a vibrant portrayal of African American, Hispanic, gay and transgender communities as they engaged in the elaborately-structured competitions based around style, dance (this is where “voguing” originated) and sass. The film alternates between flamboyant ballroom settings and interviews with prominent members of the scene, notably Willi Ninja, Pepper LaBeija, Dorian Corey and Venus Xtravaganza, all of whom give a searing insight into the lives and struggles of its subjects in a world rampant with racism, homophobia, transphobia, AIDS and poverty.

In 2013, Blue Is The Warmest Colour won the Palme d’Or, with the Cannes jury taking the unusual step of awarding the top prize not just to the film’s director Abdellatif Kechiche but also its lead actresses – Léa Seydoux and Adele Exarchopoulos. Both put in powerful performances; Exarchopoulos as Adèle, a French teenager who falls in love with Emma (Seydoux), a young artist with blue hair. So follows a three-hour emotional rollercoaster, loosely based on Julie Maroh’s graphic novel, which charts their passionate relationship from Adèle’s high school years to her early adult life and career as a school teacher. Mired in controversy the film may be (it was criticised for the level of sexual content, and the stars and its director fell out spectacularly post-shoot), it has also been called a masterpiece, “brilliantly conveying the power of physical, emotional and sexual attraction” and a “towering achievement in cinema” according to the BFI.

Directed by Stephen Frears and penned by renowned British-Pakistani writer Hanif Kureishi, this comedy-drama boldly explores themes of race and sexuality in the midst of multicultural Thatcher-era London. It follows childhood friends Omar (played by Gordon Warneke) and Johnny (a spellbinding turn from Daniel Day-Lewis), as they are reunited following a racially aggravated attack on Omar and some Pakistani friends by a right-wing extremist street punk group led by Johnny. Despite Johnny’s former connections to the National Front, Omar helps him reconcile with his dark past as the pair move from friends to lovers and decide to renovate a south London launderette owned by Omar’s father, filling it with games machines, music and neon signs. Hailed by the BFI as one of the greatest British films of the 20th century, it’s a tender tale of love and redemption.

An Emmy award winner for good reason, this documentary charts the gay and lesbian community in the decades leading up to the seminal Stonewall riots of 1969. The film – which was re-released last year to mark the 50th anniversary of Stonewall – by Greta Schiller and narrated by writer and activist Rita Mae Brown looks at homosexuality in America, from 1920s Harlem through the Second World War to the McCarthy era, and the violation of human rights during these periods through police tactics, witch hunts, censorship and ‘cleansing’ operations. A combination of archival footage and powerful interviews, including with poet and writer Allen Ginsberg, gives an impactful insight into an often disturbing closeted history.

An eye-opening documentary, first shown at this year’s Sundance Film Festival and currently streaming on Netflix to critical acclaim, that deep dives into the history of transgender representation on the big and small screen, from the early black-and-white silent movies through to modern day cinematic offerings. Director Sam Feder has pulled together leading trans creatives and thinkers for the film – including its executive producer Laverne Cox, Lilly Wachowski, Yance Ford, Mj Rodriguez, Jamie Clayton and Chaz Bono – all of whom share their heartfelt perspectives and analysis of Hollywood’s impact on the trans community and how decades-old stereotypes in the media have shaped the cultural narrative about transgender people.

Shot entirely on an iPhone 5 on the streets of LA, Sean Baker’s vibrantly colourful micro-budget comedy caused quite a stir when it was released at the 2015 Sundance Film Festival. This bittersweet film tells the story of transgender sex worker Sin-Dee Rella (a punchy portrayal by newcomer Kitana Kiki Rodriguez) as she tries to track down her pimp boyfriend who’s been cheating on her, enlisting the reluctant help of her best friend Alexandra (Mya Taylor). What ensues is a rip-roaring revenge farce that plays out in the seedier corners of Tinseltown. Fuelled by fiery performances that crackle with energy and underpinned by moments or real empathy and affection, the film’s release represented a major leap for transgender people on film.

Barry Jenkins’ tender drama broke all kinds of ground when it was released in 2016, not least by becoming the first film with an all-black cast and the first LGBTQ film to win an Oscar for Best Picture. Centred around a queer African American youth from a deprived Miami neighbourhood, it focuses on three main periods of his life, each one chaptered by the different identities he assumes, moving from a scrawny kid to a shy, bullied teen and, finally, to a bulked-up grown man fresh out of prison. Often heralded as one of the best films of the 21st century, with exquisite cinematography and a soaring musical score to match, it is as beautifully heart-breaking as it is poignantly uplifting.

This debut documentary from Hikaru Toda follows the story of Fumi and Kazu, life partners both professionally and privately, who decide to open the first LGBTQ+ law firm in Japan, a country that prides itself on conformity and obedience. The openly gay couple – whose own relationship isn’t legally recognised or protected – go above and beyond time and time again at their downtown Osaka office to represent their ‘misfit’ clients, from the artist who makes vagina sculptures and was sued by police for obscenity to a teacher who was dismissed for not singing the national anthem. As the indie film unfolds and we witness a pair whose ground-breaking work is dedicated to championing the civil liberties of those marginalised in Japanese society, you can’t fail to be awed and moved in equal measure.

This intimate film offers a day-in the-life look at what it means to be young, gay, black and Muslim in Brooklyn. 18-year-old Naz and Maalik are best friends, classmates, business partners and, secretly, lovers – Naz is shy and slightly paranoid, while Maalik is outgoing and upbeat. The film follows them over the course of a summer afternoon, as they wander through the park, go to prayer and hustle selling lotto tickets. But their aimless afternoon quickly takes a sour turn as they unwittingly end up in the crosshairs of an FBI investigation. Deftly exploring issues of sexuality, the US government’s surveillance of Muslims and the relationship between black men and the police, it feels even more relevant and timely today than it did when it was released five years ago

The Adventures of Priscilla, Queen of the Desert, 1994

This seminal queer film follows a trans woman and two drag queens as they journey across the Australian outback in a converted bus named Priscilla. Writer-director Stephan Elliott’s intensely smart and funny road-trip comedy revolves around drag queens Mitzi (Hugo Weaving) and Felicia (Guy Pearce) and recently widowed transgender woman Bernadette (a career-defining turn from Terence Stamp) as they travel through the desert to a gig at a remote hotel lounge. Along the way they meet a host of colourful characters and show off a range of exuberant costumes, as well as encountering their fair share of bigotry, including a scene where their beloved bus is sprayed with homophobic graffiti. The film was a surprise runaway hit when it was first released and remains a cherished LGBTQ gem almost three decades later.