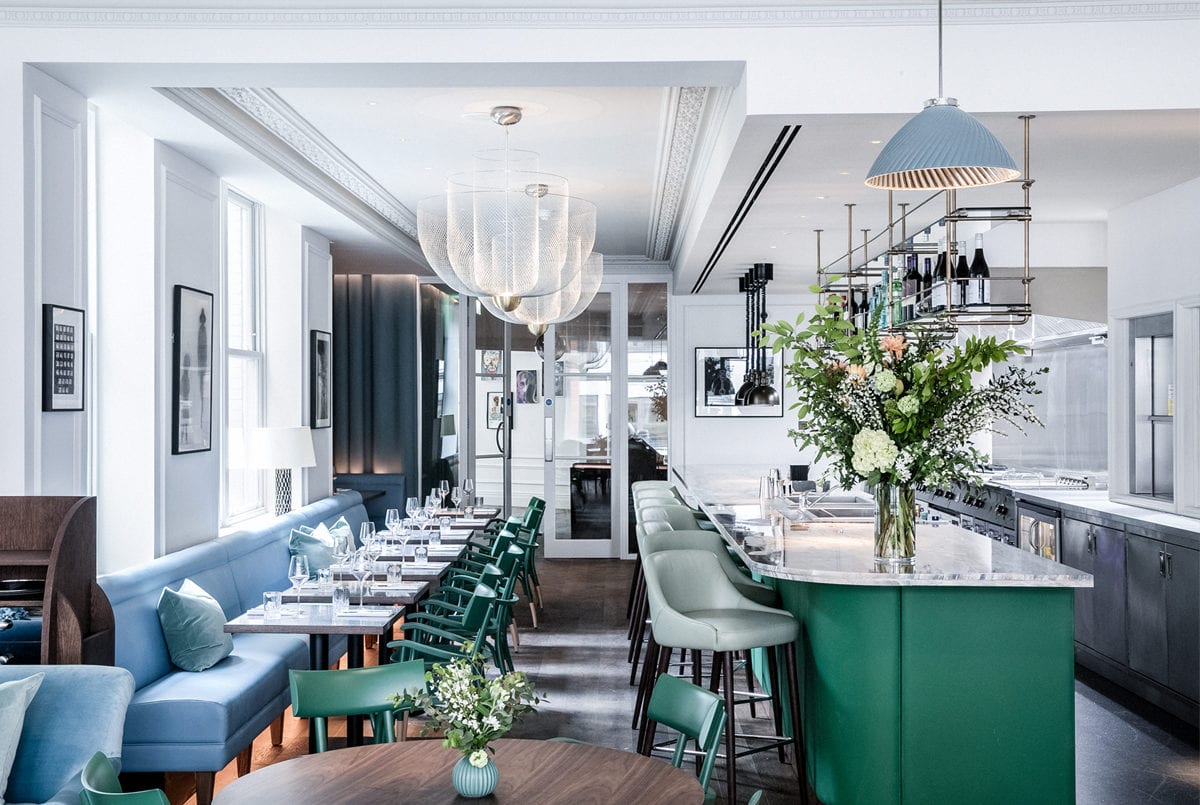 From wellness and working spaces to an ecological oasis, discover the best new arrivals on London’s members’ club scene.

If one thing defines the capital’s most recent members’ club openings, it’s that each goes beyond being solely a social or business space for the communities they curate. These au courant clubs know their own niches and come with a purpose, whether it’s an environment-focused indoor forest in Central London, or a women-only club that spans networking, wellness and workouts. Meet the best new private members’ clubs in town. 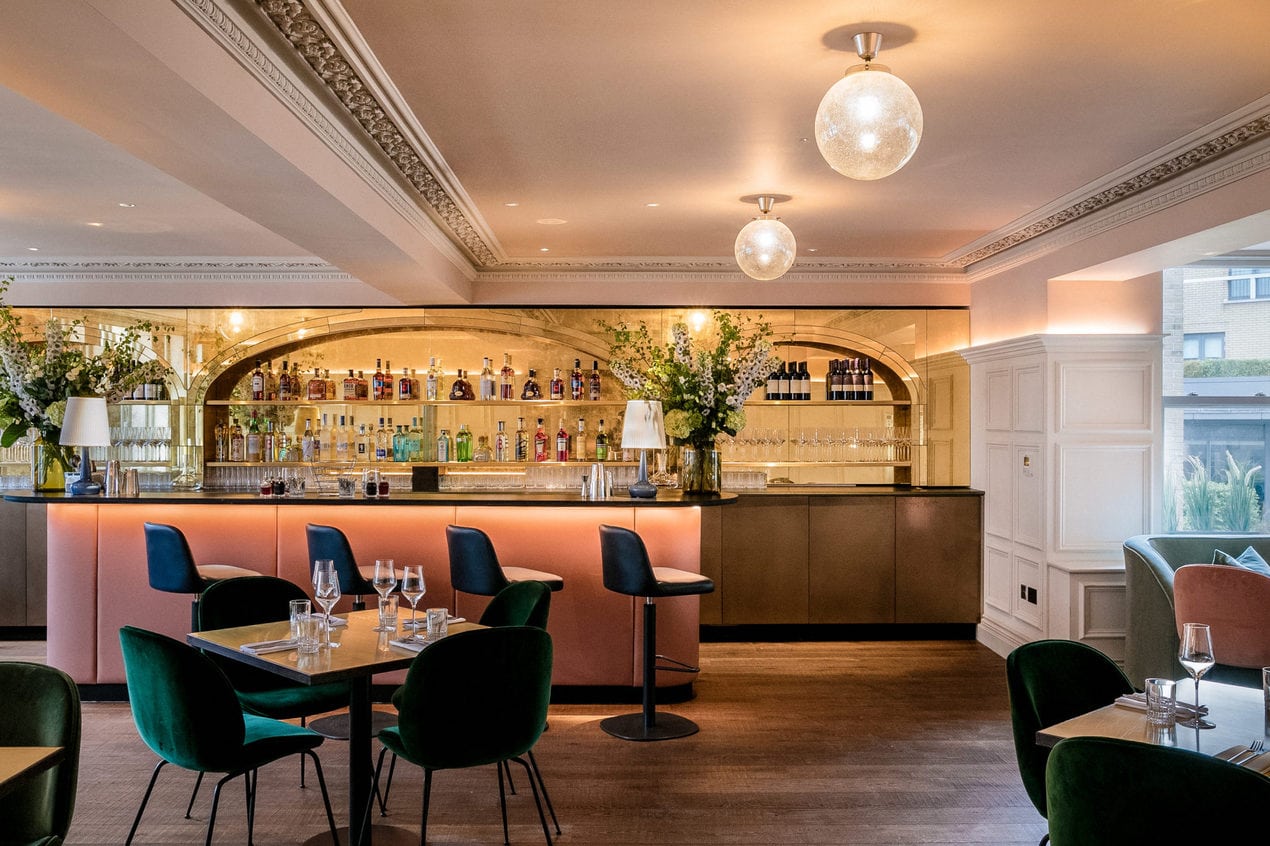 Following the success of AllBright’s first club, launched on International Women’s Day last year, founders Anna Jones and Debbie Wosskow OBE opened their second AllBright location in May. The new club on Mayfair’s Maddox Street is bigger than the original outpost on Rathbone Place, with interiors styled by London tastemaker Suzy Hoodless, who has transformed the elegant five-storey townhouse using a colour palette of soft greens, pinks and clean white walls to exhibit the female-focused art collection, chosen by resident curator Beth Greenacre. On the first floor, members can dine at the 80-cover restaurant where executive chef Sabrina Gidda champions female suppliers, serving her signature menu of refined classics including the likes of nduja & taleggio arancini and ricotta gnudi.

Meanwhile, the second floor is styled as a wellness destination for London women. Holistic treatment rooms and a hair and beauty salon will offer a menu spanning express blow-drys and nails to cutting-edge facials and bespoke IV drips, all curated by 58 Lifestyle founder Michal Cohen-Sagi. There is also a dedicated GP on hand for members and a boutique all-female fitness studio offering smart, customised workouts for busy women who want to build their physical and mental strength. With a tailored programme created by Nike Global Master Trainer Joselyn Thompson Rule, the classes are designed to encourage and inspire women no matter what their strength level.

However, the focus firmly remains on providing spaces for women to work in, so upstairs you’ll find huge communal oak tables serving as work surfaces and beautifully-designed breakout spaces for meetings and inspirational events from industry experts, as well as an in-house career development coach. The highlight has to be the fourth floor’s magnificent roof terrace which offers views across the Mayfair skyline – the perfect place to sip rosé in the sunshine or throw a summer party. 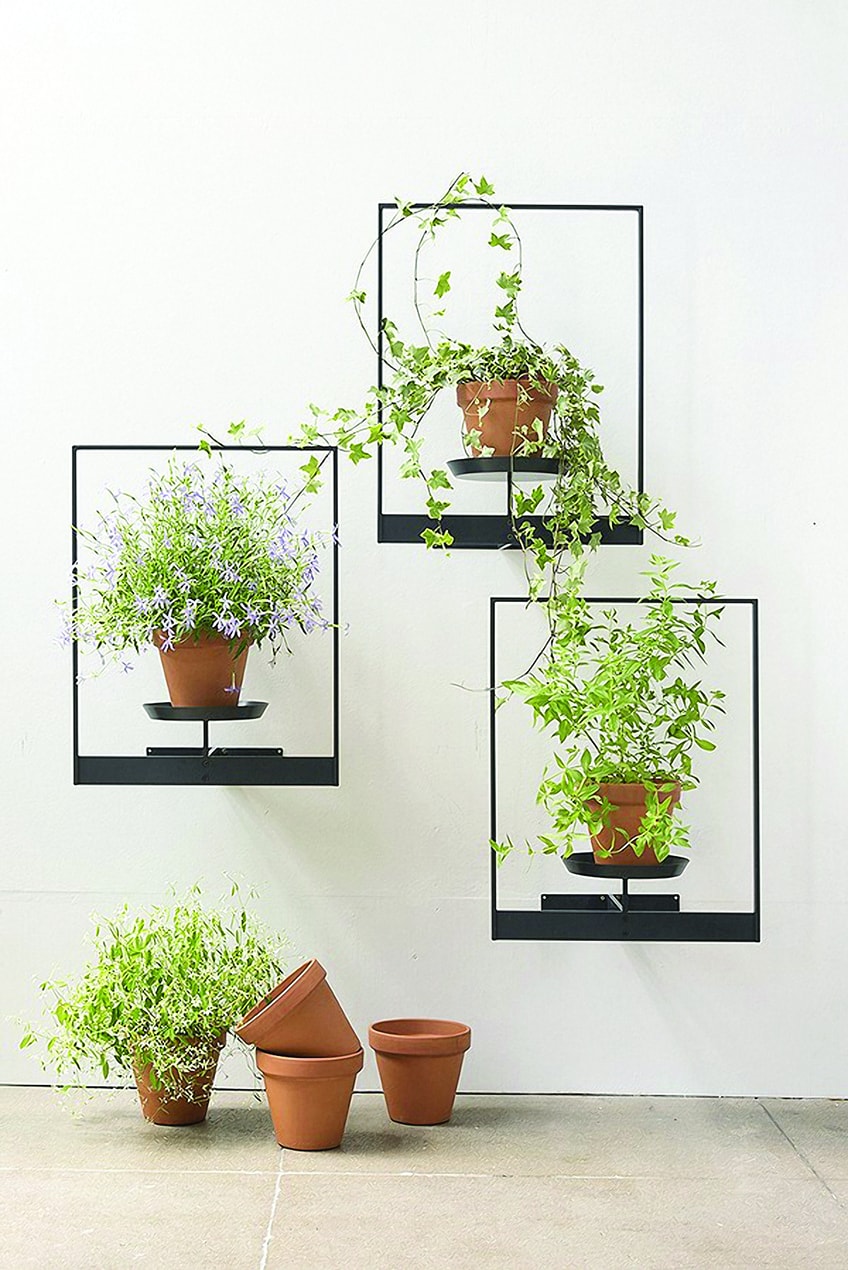 There aren’t many private members clubs that boast an indoor forest, but Arboretum is the exception. Billed as an escape into an ecological oasis, its green interiors grow quietly behind Covent Garden’s bustling streets to produce a creative ecosystem for members. Here, it’s all about bringing together like-minded, environmentally-conscious Londoners looking to convene, connect and collaborate. As such, the club provides a calm and tranquil sanctuary for both working and wellbeing. As well as podcast and vlog facilities, Arboretum offers work space solutions, ranging from open desks to owned offices which can be purchased alongside membership, making it perfect for agile entrepreneurs and freelancers. Meanwhile, meditation pods, boutique fitness classes and a yoga studio provide members a place to recharge and channel the healing power of plants.

Dining here takes place at The Plant Deli, which serves seasonal, sustainable and locally-sourced vegan and vegetarian food that’s free from dairy, refined sugars, additives and chemicals. But that doesn’t mean options are limited – all Arboretum members have access to the facilities at neighbouring club Library next door, offering a fine dining restaurant, pizzeria and multiple bars, including basement speakeasy, Dear Alice, as well as boutique bedrooms too. 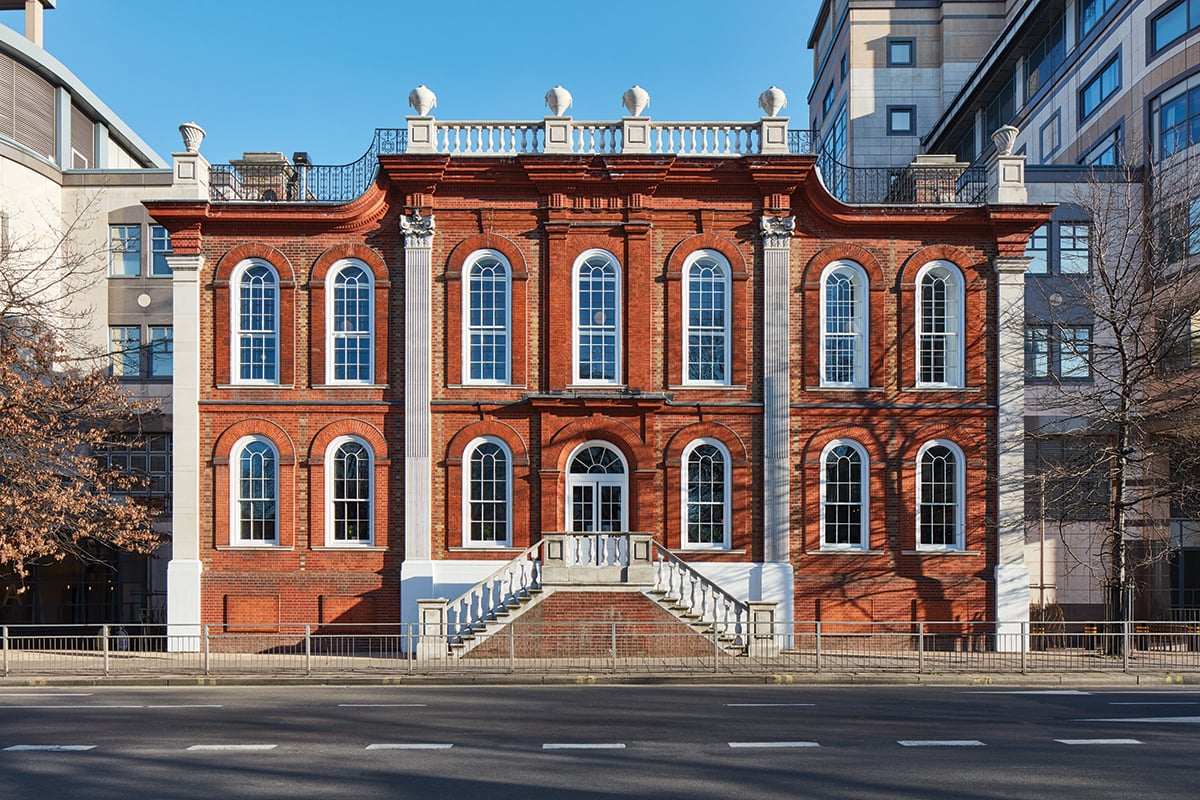 With over nine million people in the UK disclosing that they are often or always lonely, new club Kindred is on a mission to bring people together. Set in a Grade II-listed building in the heart of Hammersmith, Kindred offers an array of cultural activities and inspirational talks in its airy co-working spaces, all day café-cum-bar. Each one is designed to help you amplify your work, create meaningful connections and build a functional social network. Events are eclectic, from piano sing-alongs and mindful kung-fu to family hackathons and board game nights. No wonder then that members here are described as “passionate, curious and open-minded”. Much of this culture comes from the club’s association with TED – the owner of the online talks company is one of Kindred’s financial backers – so expect plenty of speaker-led supper clubs and breakfast networking events. These take place in the club’s restaurant – a stronghold for socialising thanks to its communal dining dishes – a concept advocated by Head Chef Romulo Silva who believes that sharing food can build stronger, more resilient communities. To help make that happen, Kindred offer free “social” membership on weekends and weekdays after 6pm – a tangible answer to London’s issue with social isolation and disconnection.

Membership from £90 a month. 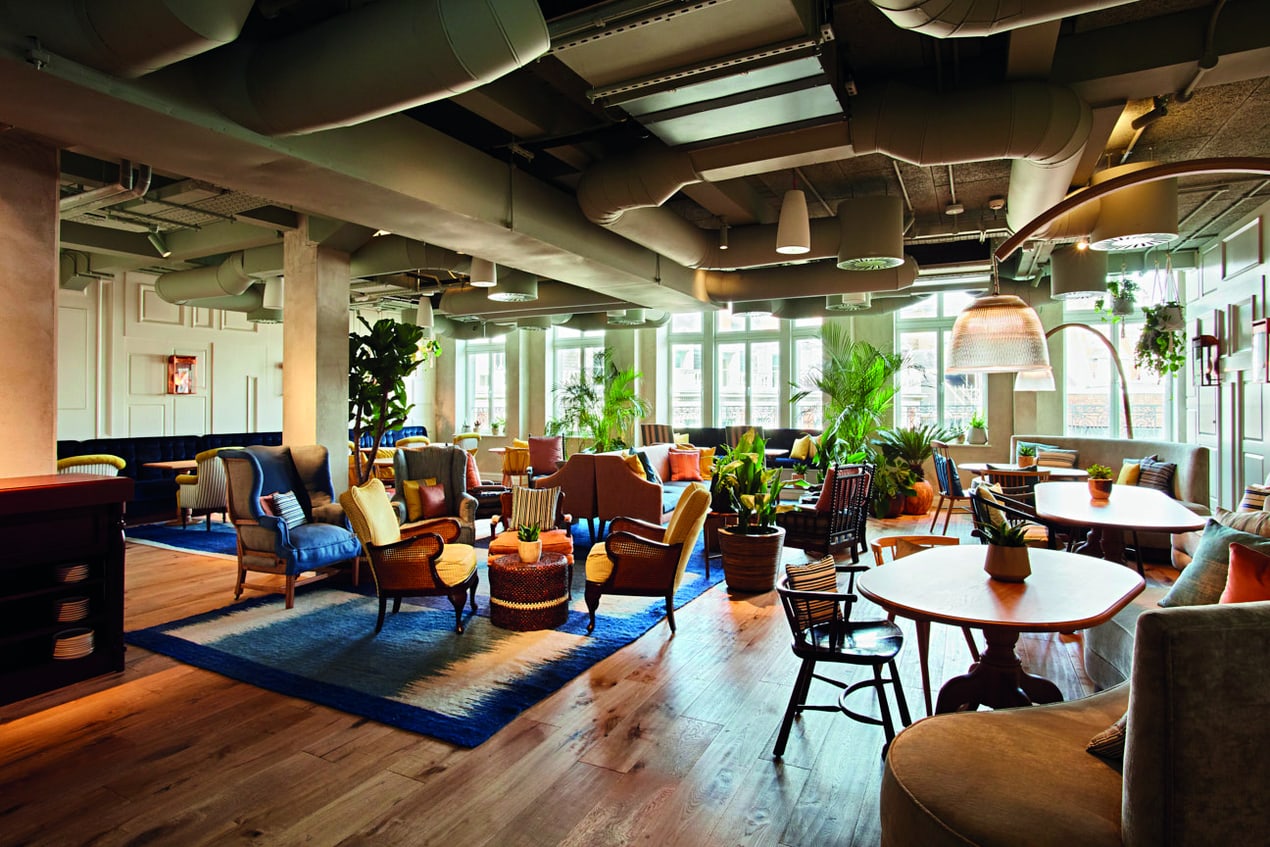 A members’ club with a social purpose, The Conduit in Mayfair brings humanitarian workers, NGO leaders and charitable investors together in one chic venue. The brainchild of Rowan Finnegan, founder of sustainable investment firm Regenerative Investment, and Paul van Zyl, a South African activist, former lawyer and co- founder of the International Center for Transitional Justice in New York, the club aims to attract not just those who have the ambition to make the world a better place, but the experience and capability to make things happen. Would-be members need to demonstrate a proven track record in systemic change in order to join and network with the likes of founding members Salil Shetty, former secretary general of Amnesty International, journalist Christiane Amanpour, and film-maker and activist Gillian Caldwell.

The Conduit’s commitment to social enterprise is substantiated further than the members’ list, however. The kitchen, headed up by Michelin-star chef Merlin Labron-Johnson, has hired 10 per cent of its staff from underprivileged backgrounds; the sleek interiors, from the speakeasy basement bar to the rooftop terrace, were designed by Cavendish Studios and Russell Sage Studio, and created using 170,000 lbs of recycled materials; while the art, textiles and accessories were sourced from local artisans in remote South Africa and Swaziland. Most impressive is the events programme, which comprises talks and seminars on everything from climate and sustainability to gender and empowerment, plus the mentorship scheme, which will bring 30 London School of Economics MBA students into The Conduit community each year.

Membership starts at £800 per year. 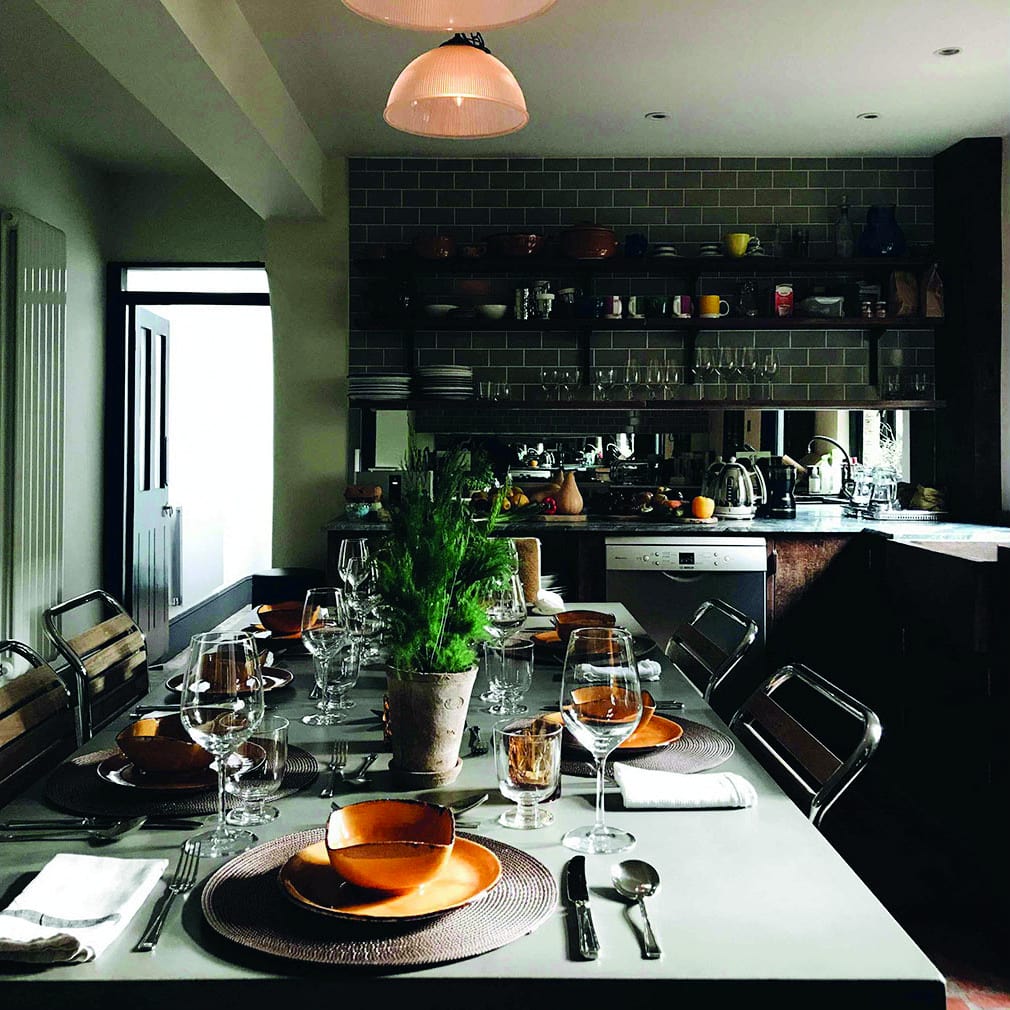 Created for millennials (or those aged under 40), Norn aims to bring online interactions into the real world by inviting its members to connect with others in-person. Founded by former management consultant Travis Hollingsworth in early 2018, Norn takes a two-pronged approach in pursuit of its goal. The first is through its co-living spaces in London, Berlin, Barcelona and San Francisco. Members are invited to stay at these residences for between one and six months at a time to connect more deeply with each city while still indulging their wanderlust. Every Norn home also occupies a historic building that’s typical of the area it inhabits and is suitably small scale, with around five bedrooms plus communal spaces. The London outpost, a Georgian townhouse in Spitalfields, boasts a kitchen, old world sitting room and private library where chatting is positively encouraged.

The second part of Norn’s offering is its programme of weekly events that take place at each of its residences and gathers together small groups of members to exchange ideas. Billed as either a Conversation Dinner or Salon, each is themed around a philosophical topic such as “The Good Life” or “Mythology” and designed to promote meaningful conversation – think of it as offline social networking for curious millennial minds. 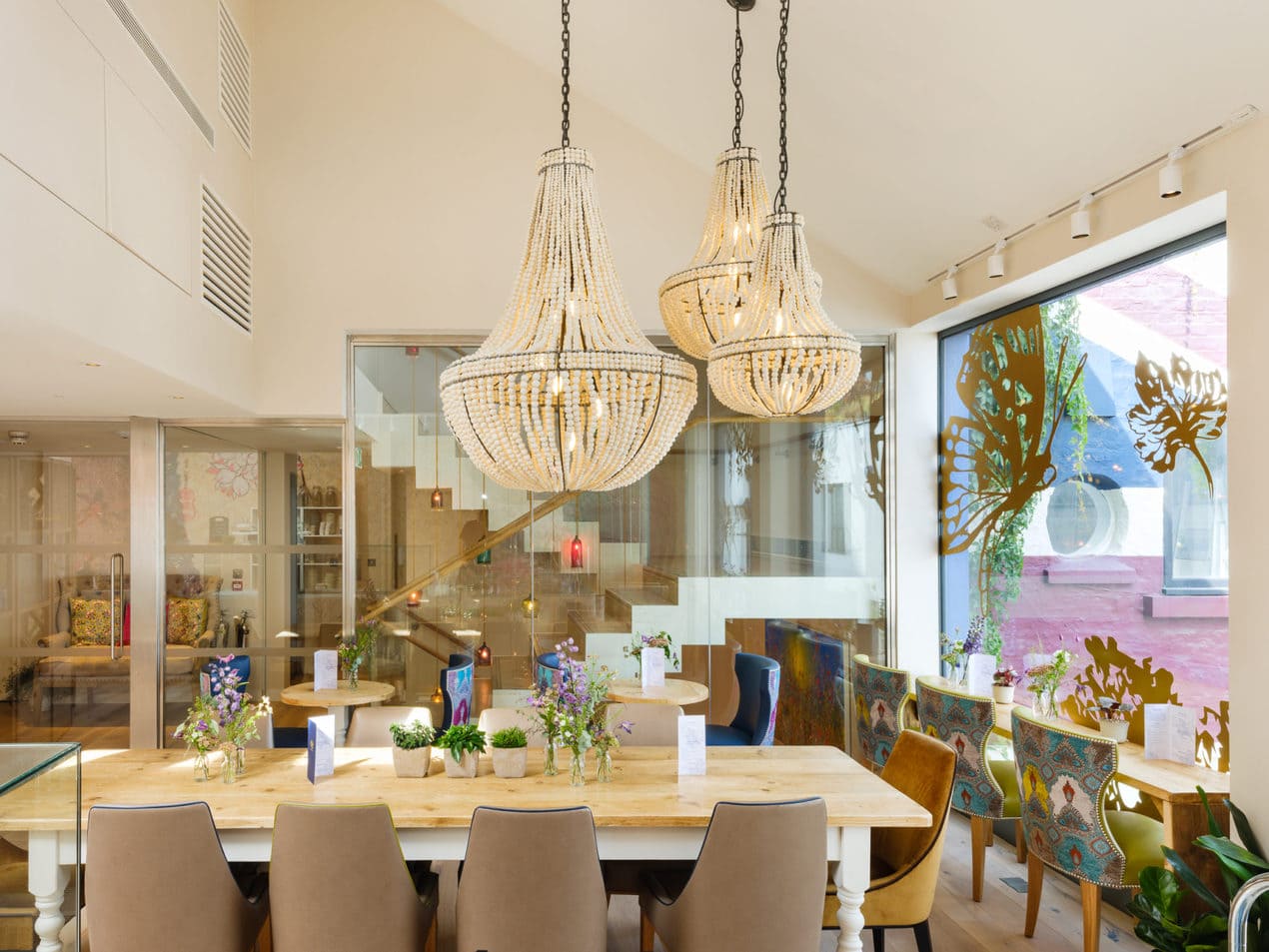 A family-friendly members’ club, Cloud Twelve offers a high-end haven for kids and adults alike. Based on the philosophy that together we do more, the founder – former fund manager, herbalist and naturopath, Jenya Di Pierro – wanted to create a place that celebrates connections with one another; a “third space” between work and home for families and friends. At its three-storey Notting Hill venue, younger members can enjoy an interactive rainforest-themed play area, child-friendly café, plus a plethora of “edutainment” activities for children under five, such as ballet, cooking, science and mindfulness sessions. The upper levels are more geared toward adult relaxation. On the first floor, a spa with therapy rooms offering both western and Ayurvedic treatments, manicure and pedicure stations, a thermal suite with steam, sauna and salt room, a couples’ suite with Dolomites quartz treatment beds, a nine-seat salon and a brasserie. The second floor also has five wellness clinic rooms where you can have an acupuncture session from Ross Barr or nutritional advice from Eve Kalinik. There’s even osteopathy, colonic irrigation, IV infusions and cryotherapy available.

Sustainability is also key at Cloud Twelve: the menu at both the kids’ cafe and the brasserie are plant-based, the latter offering organic wine and Champagnes plus a flowering tea range, while the beauty and hair products are vegan and cruelty-free, such as American English, Aveda and Evo. The cherry in Cloud Twelve’s crown, though, is the onsite crèche, which is run by Ofsted-registered assistants and teachers, allowing parents to enjoy all of the above stress-free.